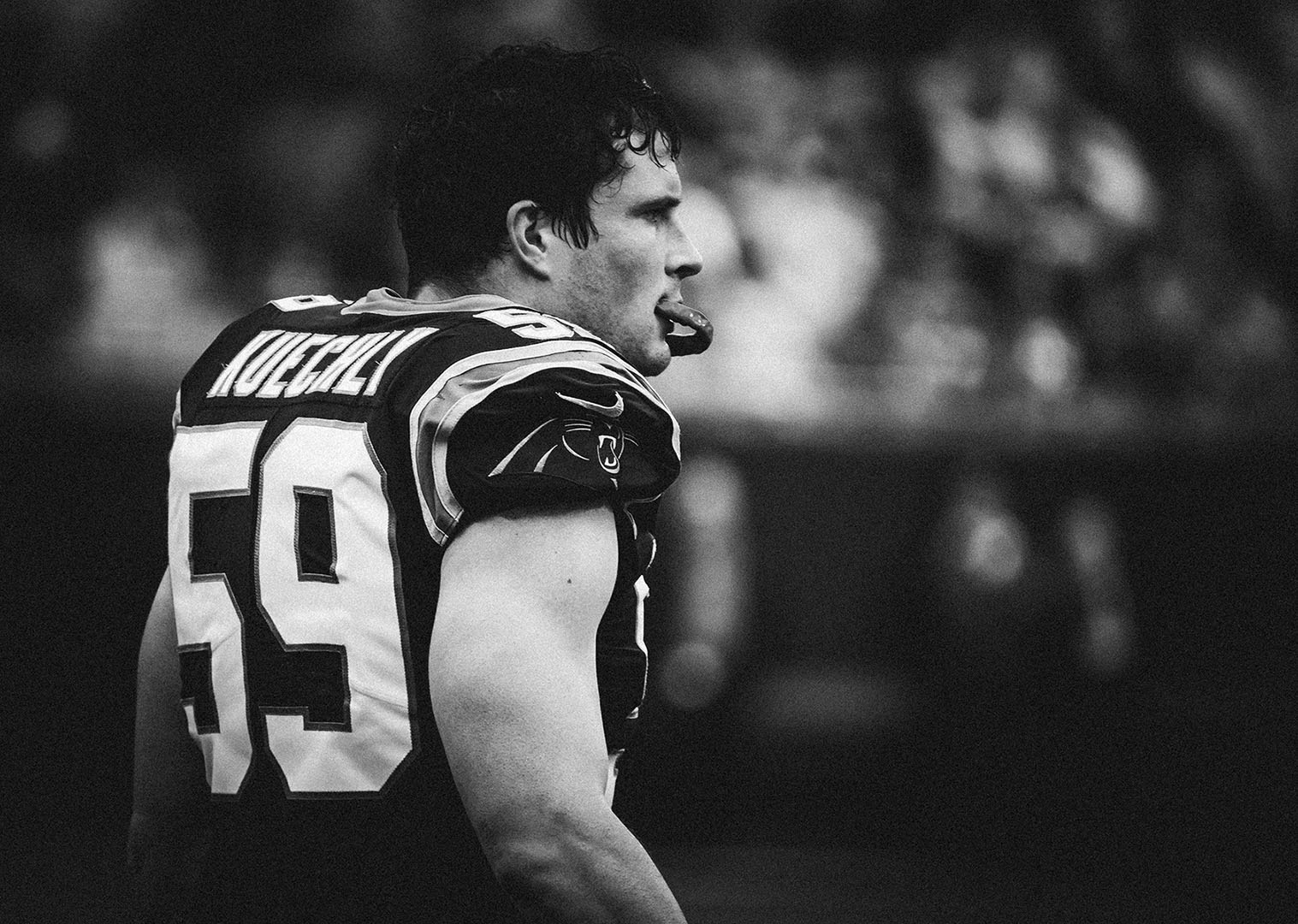 I was fortunate enough to be around one of the greatest people and linebackers to have ever played this game.

Camera guys usually aren’t supposed to talk to players, we just watch and we document, but this is what I saw from Kuechly: he was always the first to sign autographs and the last to stop. He was the guy always running out to practice with his nostrils flared and eyes squinted. He always took his time and was honest and respectful to each reporter when being interviewed. He was the leader of the defense who would either smack the opposing team or his own teammates if they weren’t in the right position. He didn’t want any of the credit, but was always quick to give credit to his teammates and coaches. He loved talking about their accomplishments over his own.

The most important thing to me about Luke in my time covering him these last two years is how he gave everything he had, and did everything he could, to do what he loved – even when he was going through scary things. He’d still sign all of those autographs in the blistering Spartanburg heat. He’d smile and throw up his awkward Luke wave when hearing the fans chanting his name. He practiced hard, he played harder. And despite going through something frightening, Luke never blinked. He would outsmart you, outwork you, and put you in the dirt and then celebrate – but then he’d help you up. He gave everything he had, until he couldn’t. On and off the field he is the ultimate teammate, leader, and someone I look up to very much.

I was so grateful to get these shots of him.