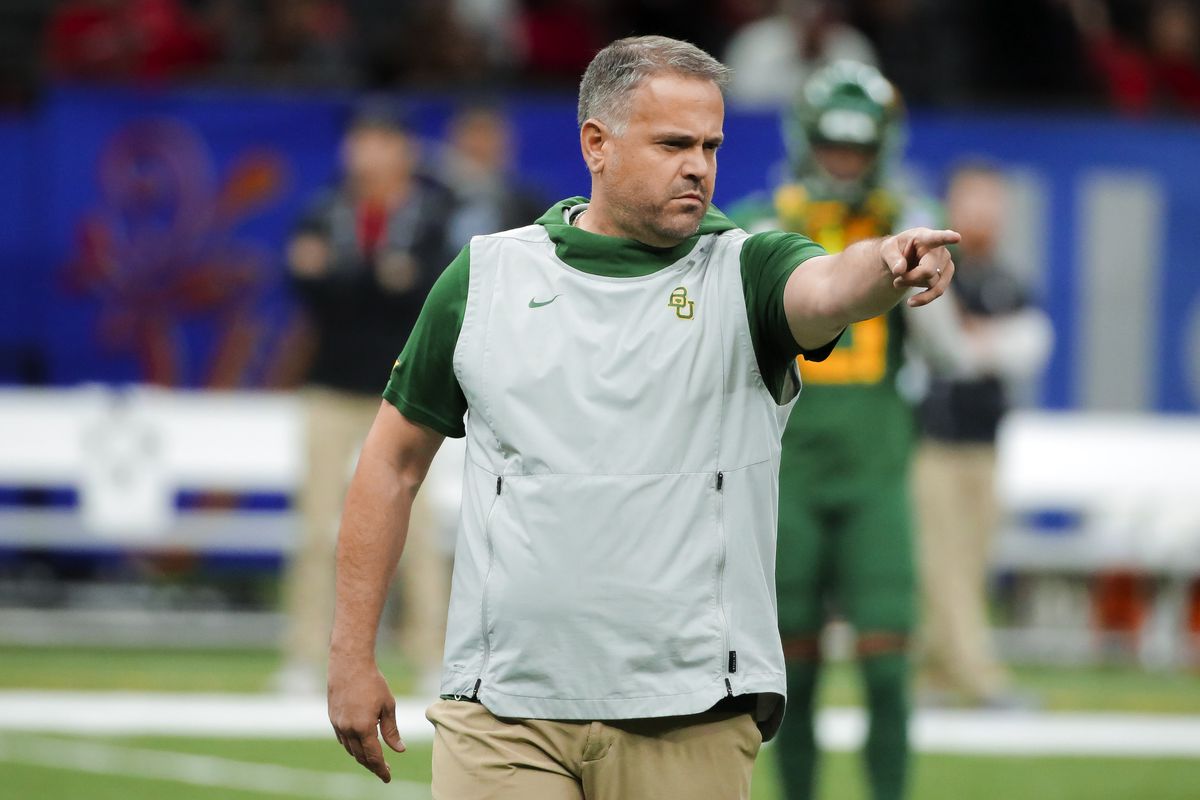 From the time the Carolina Panthers put themselves in the market for a new head coach, there was an expectation that team owner David Tepper could go big game hunting. And indeed, he has – And as a result, he’s landed one of the most-sought after head coaching candidates on the market.

According to a report by Pete Thamel of Yahoo Sports, the Carolina Panthers are finalizing a deal to hire Matt Rhule as the fifth head coach in franchise history. Rhule, 44, will take his first NFL head coaching job after building successful programs at both Temple University and Baylor University.

Rhule’s taking the Panthers job is something of an upset, as there was an expectation that he could become the head coach of the New York Giants – Rhule’s only previous NFL experience had come during the 2012 season as an assistant offensive line coach under franchise great Tom Coughlin. However, according to NFL Network’s Ian Rapoport, David Tepper offered Rhule a deal following a Monday interview in Waco, Texas, rather than risk losing Rhule to the Giants – whom he was slated to interview with on Tuesday.

While Rhule’s background as a college head coach makes him a non-traditional candidate, the work he has done at both Temple and Baylor is notable. Taking over not one but two hapless programs, Rhule was able to build winning teams at both stops on his coaching journey, and was named Big 12 Coach of the Year in 2019 after an 11-3 season that ended with Baylor ranked No. 7 in the college football playoff standings.

A former linebacker at Penn State who has since made his mark coaching offense, Rhule will be the first offensive-minded coach in the history of the Panthers. He succeeds Ron Rivera (2011 – 2019), the winningest coach in Panthers history and now the head coach of the Washington Redskins.