Roaring Riot Has Huge Plans For This Weekend In London 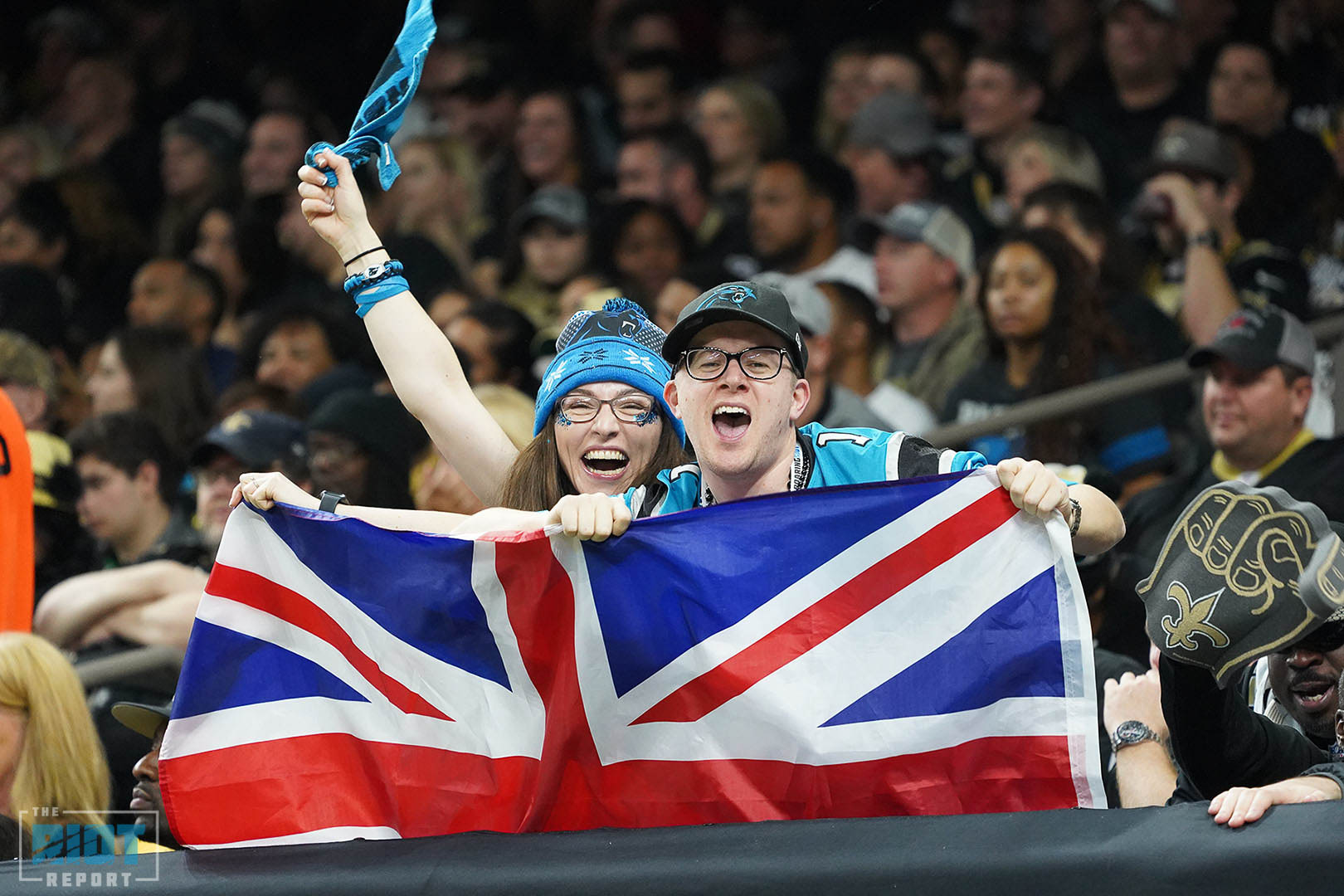 The Carolina Panthers have been preparing for months to head across the pond to compete in their first international game in the history of the franchise.

But they haven’t been the only ones.

The Roaring Riot has been mobilizing Panthers fans to cheer on their favorite team this weekend in London and they have a full suite of events planned, from cruises on the Thames to tours of Windsor Castle to a welcoming party for the 700+ rowdy fans who will be attending the game at Tottenham Hotspur Stadium on Sunday at 9:30a.

“We’re so happy to have had such an unbelievable response to our London Calling experience,” said Roaring Riot ringleader Zack Luttrell. “And, honestly, I can’t wait for Panthers fans around the world, fans of the NFL in London and the team themselves to see exactly how the Riot gets down on an Away Game Experience!”

While most of the Riot events will be limited to those who have purchased packages, they are proud to offer multiple other options for all Panthers fans who want to cheer on their team across the pond throughout the weekend – including a tailgate on Sunday morning hosted by the Royal Riot.

Get to Know A Roaring Riot Chapter: The Royal Riot

Saturday Night: The Roaring Riot is hosting one of their LEGENDARY bar crawls through the heart of Leicester Square. The fun begins at 4:30p at Tiger Tiger before moving on to other exclusive locations within walking distance as fans turn the streets of London black and blue!

Sunday Morning: The Royal Riot are excited to announce a secondary tailgate location for Panthers fans in London. The Beehive Pub – located only a mile from Tottenham Hotspur Stadium – will be hosting any and all fans who are local, or traveling over on your own. They ask that you RSVP so that they can let the pub know how many folks are coming.

“The London games are a celebration,” said Paul McGoohan, VP of Business Development for the Carolina Panthers. “For our organization, for our fans, this is an incredible opportunity to go and enjoy ourselves. We’ve got an incredibly strong brand, not just here in this region, not just across North America, but across the world – and you’ll see that when you get over to London.”

“You’d be amazed at the number of Cam, CMC, Luke jerseys you [will] see and we fully expect to see a big, strong and very loud crowd at the Tottenham stadium this Sunday.”

If you’re not heading across the pond, your Sunday traditions might look a little bit different as the Panthers will be kicking off at 9:30a EST – many bars in the Charlotte area are opening early to accommodate the early start, and the Roaring Riot chapters around the country have been working with their host bars to get the watch parties started early as well. In Denver, Will Call – host of the Mile High Cats – will be opening at 7a to host those who are willing to battle their alarm clocks. Even though the state of Georgia won’t let Jeff’s Bucket Shop serve alcohol until 11a due to state law, they’ll be open at 9a for the Atlanta Riot to cheer on their team with coffee and donuts.

And if you’re in the local Charlotte area, the host bar of the Queen City Riot – Taproom Social uptown – will be opening at 9a with coffee, bagels and muffins before the taps turn on at 10a.

“We’re so excited to be the official bar of the Queen City Riot and offer Panthers fans a place to tailgate and watch the game early on Sunday morning!” said Taproom Social GM Sunkul Soni. “If you can’t get to London, watching with your Riot family is the next best thing!”

Wherever you watch the Panthers first trip across the pond, whether it’s in London or in Charlotte, the Roaring Riot has got you covered.