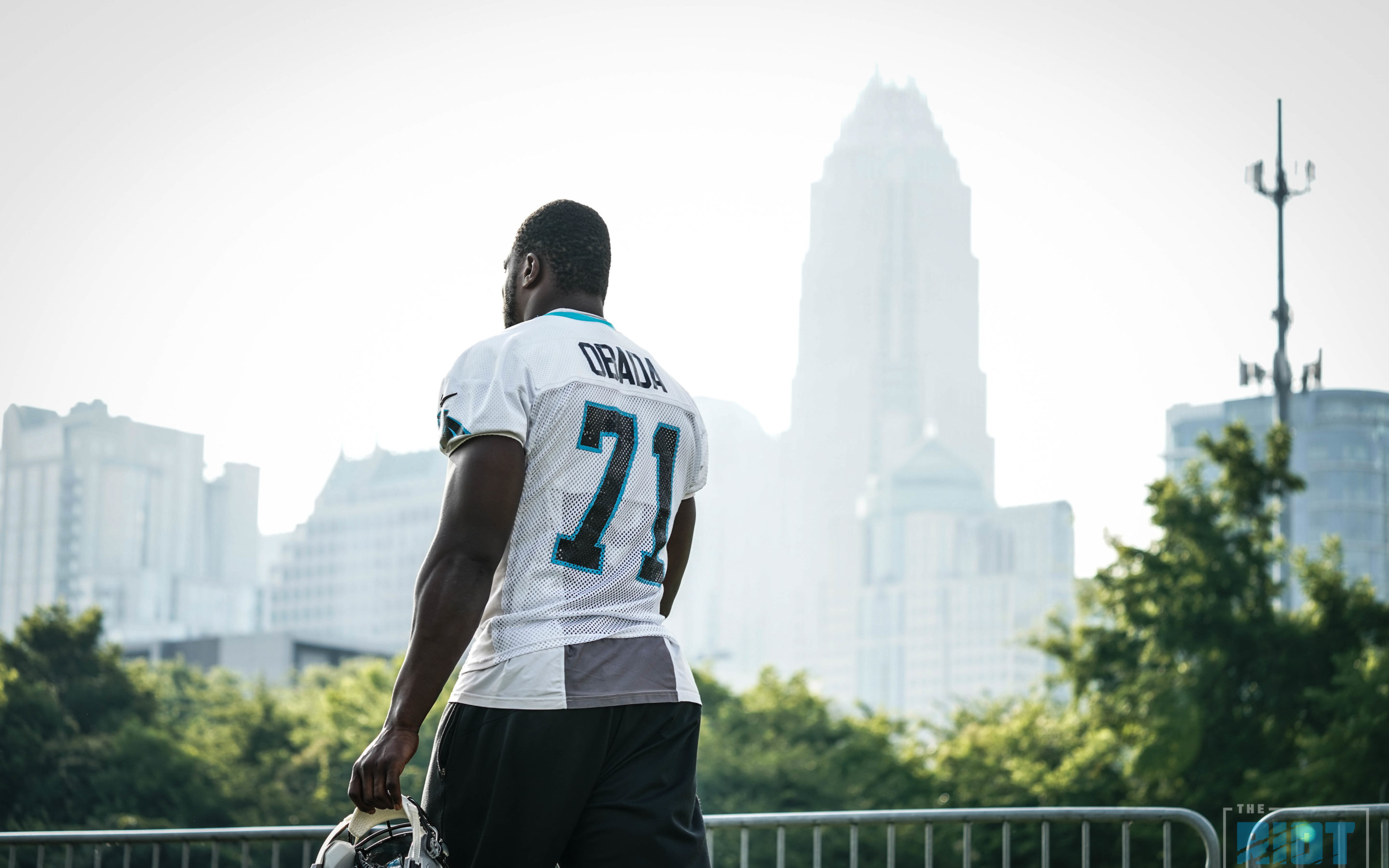 Efe Obada’s pathway to the NFL is truly the stuff that legends are made of – born in Nigeria, abandoned on the streets of London and without having taken a snap of organized football until he was 22 years old, Obada has fought and clawed his way from the London Warriors to the Carolina Panthers 53-man roster. When asked, Panthers coach Ron Rivera spoke for almost five straight minutes about Obada, the drive to succeed and what it takes to be a successful NFL player – including the game film that led to Obada making the roster.

Here are his comments.

If you think about some of the players that we have here, growing up the way they’ve grown up, coming up the way they’ve come – that’s pretty deep. Now you’ve got a whole different perspective with a guy, actually a foreigner, coming from another country who came from the country he’s coming from from another country by the way he came from that country. Yeah, that’s a pretty deep thing. I will say this: it’s a tribute to who he is as a young man.

You talk about a guy that’s embraced the game, embraced the challenges of the game, embraced what it took to get where he is today and that’s very impressive. He doesn’t have the familiarity that a lot of guys that are here that grew up with it – there are little nuances to the game he doesn’t get; certain things that automatically would tell me ‘hey, I’ve got to squeeze down this way,’ that may not tell him that yet. So he’s still flying straight uphill.

Then, two weeks later, you see the same play coming and all of a sudden [Obada] has stepped down instead of flying uphill like he did two weeks ago. Now he starts squeezing and he makes a big play and you go, ‘He’s getting it.’ – That’s the kind of things that happen for us as coaches as we’re evaluating.

It’s funny, I talked about this with several of our coaches about some of the players we have, we talked about what they were like when we got them during OTAs and minicamp – you look at where they were on Saturday and Sunday when we were making our [53 man roster] decisions and you say, ‘God, look how much he’s grown, look how far he’s come.’ That’s exciting, as far as a coach is concerned. I tend to do that every year when we get to certain spots – I look at a guy and you look at his tape from OTAs and you look at him now and I think he really has grown; I think he’s heading in the right direction. There are some of the things that help me, personally, make a decision is trying to reflect and go back and look at what they did then vs. what they’re doing now.

I see [his hunger] every time he steps on the practice field. He practices 100 miles per hour – I’ve got guys that get upset with him because on Friday, he’s going hard – it’s funny because when you want to point to something and you want to say ‘hey guys, if you came from where he came from, you dealt with what he dealt with, that’s how you’re going to approach everything in life.’

That to me is impressive.

Managing Editor at The Riot Report
Josh Klein is Editor-In-Chief of The Riot Report. His favorite Panther of all time is Chad Cota and he once AIM chatted with Kevin Greene. Follow Josh on Twitter @joshkleinrules.
Related:   Panthers Make Changes To Football Ops Staff