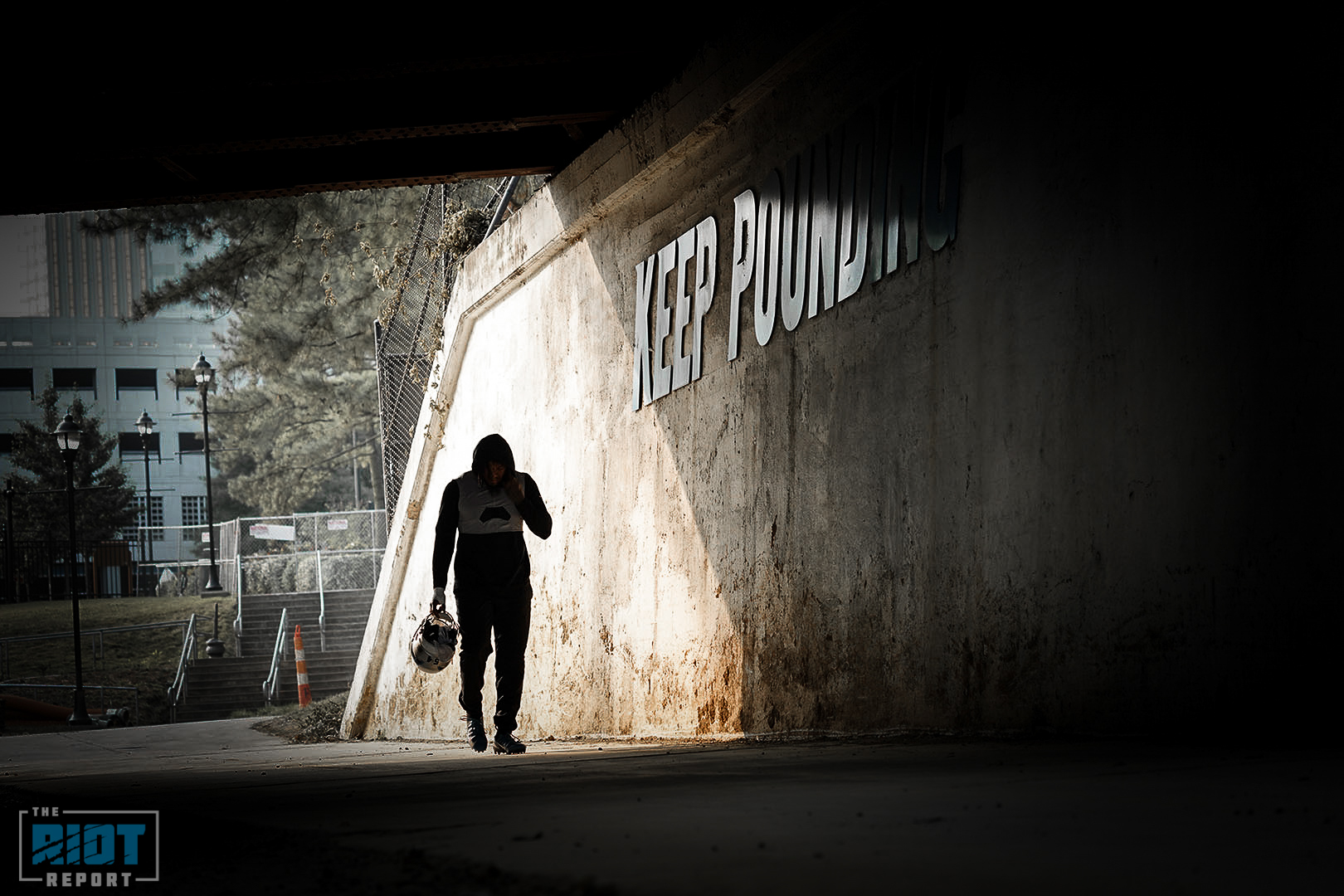 After what has been the strangest offseason in the history of the NFL, things you’ve come to expect from a football team are starting to actually happen for the Carolina Panthers. But even the first week of being a professional NFL player is going to look a lot different than it has in years past for the 24 rookies in the Panthers’ 2020 draft and UDFA class – an involuntary consequence of being drafted in the middle of a global pandemic.

First, the expected: With rookies expected to report to the team facility Tuesday, multiple players announced via social media that they’d signed their rookie deals and Tuesday afternoon the team made it official that all seven of their 2020 draft picks were under contract. Fourth- and fifth-round picks in the secondary Troy Pride, Jr and Kenny Robinson, Jr. both shared pictures of themselves signing deals in hotel lobbies as players began to arrive in Charlotte – a sign of normalcy that was in doubt as recently as last week while the NFL and NFLPA negotiated the terms in which players would report to camp as expected.

Those negotiations have taken a positive turn in the past few days as the report dates loomed, with the NFL reportedly removing preseason games from their proposal and adding daily testing, which was one of the NFLPA’s biggest requirements. With economic questions yet to be answered about how the 2020 season will affect the NFL and it’s players, rookies can begin to report with at least some sense of what to expect as they arrive at the team facility in Carolina.

A memo that just went out outlining COVID-19 testing pic.twitter.com/RnJHRXQOKA

And that’s where it starts to look a little different. According to a memo sent by the NFL, players (and coaches in addition to other Tier 1 and Tier 2 personnel) will be tested twice over the span of 72 hours before being allowed to enter the facility – once they have tested negative twice over that span, they can enter the facility and daily testing will begin. After two weeks of daily testing, if the positive rate is less than 5% in the Panthers facility, that testing will move to every other day. Tier 3 personnel will be tested once per week

The tiers of personnel are defined as such, according to NFL Network’s Adam Schefter:

Tier 2: General managers, team presidents, football operations employees, other assistant coaches, video personnel, security and other essential personnel who may need to be in close proximity to the players and other Tier 1 individuals who may need to access restricted areas. Only individuals assigned to Tiers 1 and 2 will be permitted access to restricted areas, and there will be limits on the number of individuals from each team that can be assigned Tier 1 and Tier 2 access at any given time.

Tier 3: Operational personnel, in-house media and broadcast personnel, field managers, transportation providers and individuals who perform essential facility, stadium or event services but do not require close contact with Tier 1 individuals. Team and other personnel who work exclusively in areas of team facilities that are cordoned off from the rest of the facility do not need to be credentialed in one of the three access tiers.

Rookies are reporting to the facility Tuesday – only to be tested and sent right back to their hotels.

Rookies – and everyone else who reports over the next seven days, as vets are scheduled to report July 28 – will not be able to actually begin the process of preparing for the NFL season physically until they’ve successfully tested negative for COVID-19 twice over the span of 72 hours.

And those are the protocols now – that may not be the case in a few weeks.

One of the keys for the NFL was ensuring that the massive amount of tests done by the league would not negatively affect the country’s healthcare system as the number of cases around the United States continues to rise. The league reportedly contacted the CDC, White House task force, a number of public health officials, infectious disease experts and national laboratory medicine leaders to make sure its testing protocol would not be harmful to the communities around it.

“We’ve received unanimous response across the board that it would not have a negative impact,” Sills said. “That’s a very important point to us, we take that responsibility very seriously. We’ve also discussed that at length with our testing vendor to make sure we are not having a negative impact on any of their business.”

The NFL almost certainly is feeling positive about the prospects of a season after the NBA reported zero positive coronavirus tests in their Orlando ‘bubble’, the NHL reported only two positive tests out of the 2,618 tests administered during the first five days of formal training camp and in the MLB, of the 10,548 samples tested from July 10 through July 16, only six were new positives — a rate of just .05 percent.

Blessed and Highly Favored💙 This is only the beginning😈 https://t.co/oqfdnvnWH4

The Panthers first-round pick Derrick Brown was one of the first draft selections in the entire NFL to sign his rookie contract in May; most rookie deals are fairly boilerplate; gone are the days of heavy negotiation for rookies as most deals have minimal wiggle room – mostly around offset language – and are tied to the rookie wage scale.

Undrafted free agent Myles Adams has also signed his contract with multiple other signings expected this week as rookies arrive in Charlotte – once the contracts are signed, physicals have been completed and the tests have been passed, it looks as if football and the Matt Rhule Era, as unusual as it will look in the age of COVID-19, can finally begin in Carolina.

The testing system the NFL has laid out is not perfect – with test results not coming back for 24 hours, what happens if Matt Paradis tests positive and goes through a full practice, huddling with the starting offense and blocking the entire defense for 90 minutes before finding out he has COVID-19? – it’s a step in the right direction.