Five Ways To Upset The Saints And Extend The 2019 Season 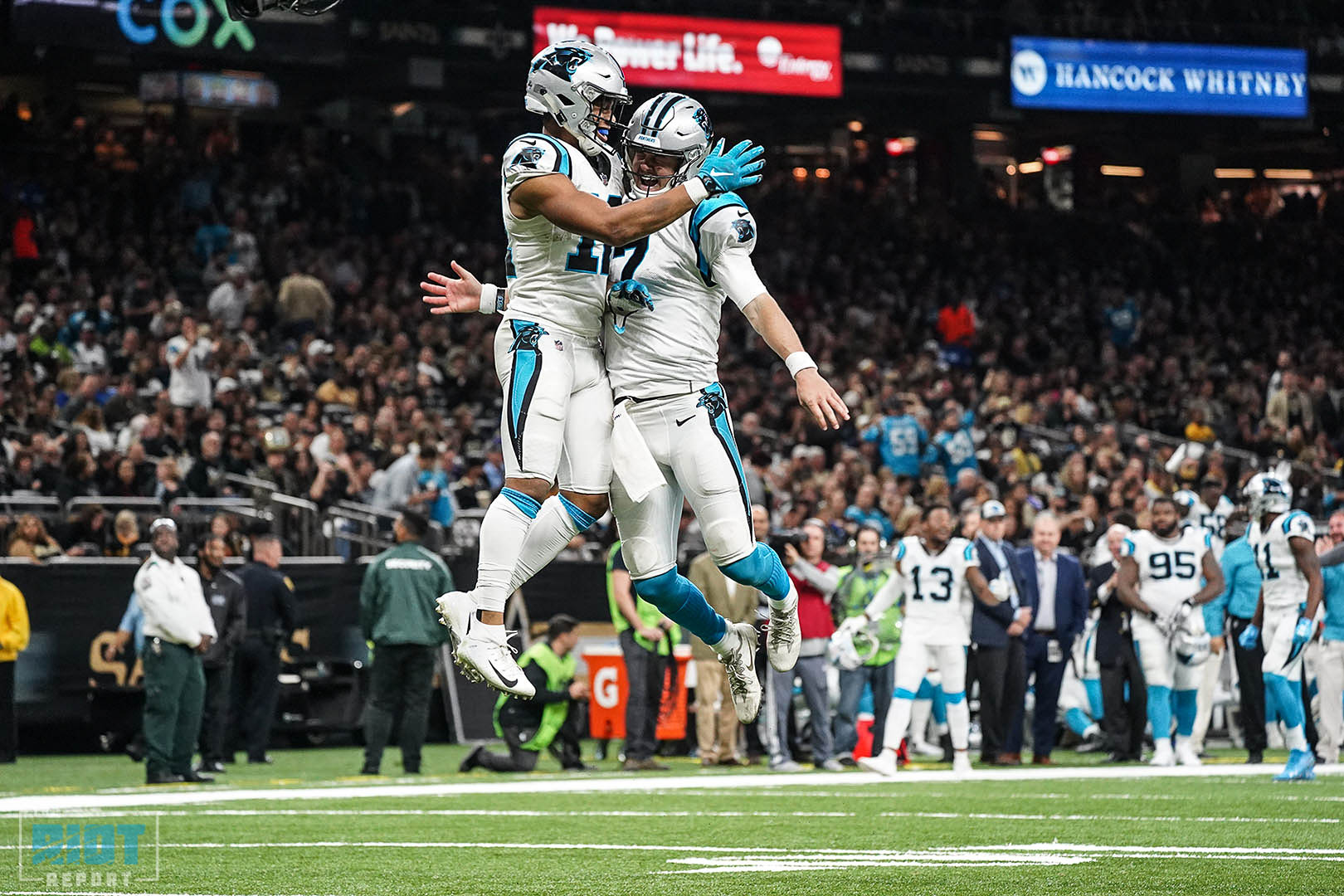 Offensive Line Has To Step Up 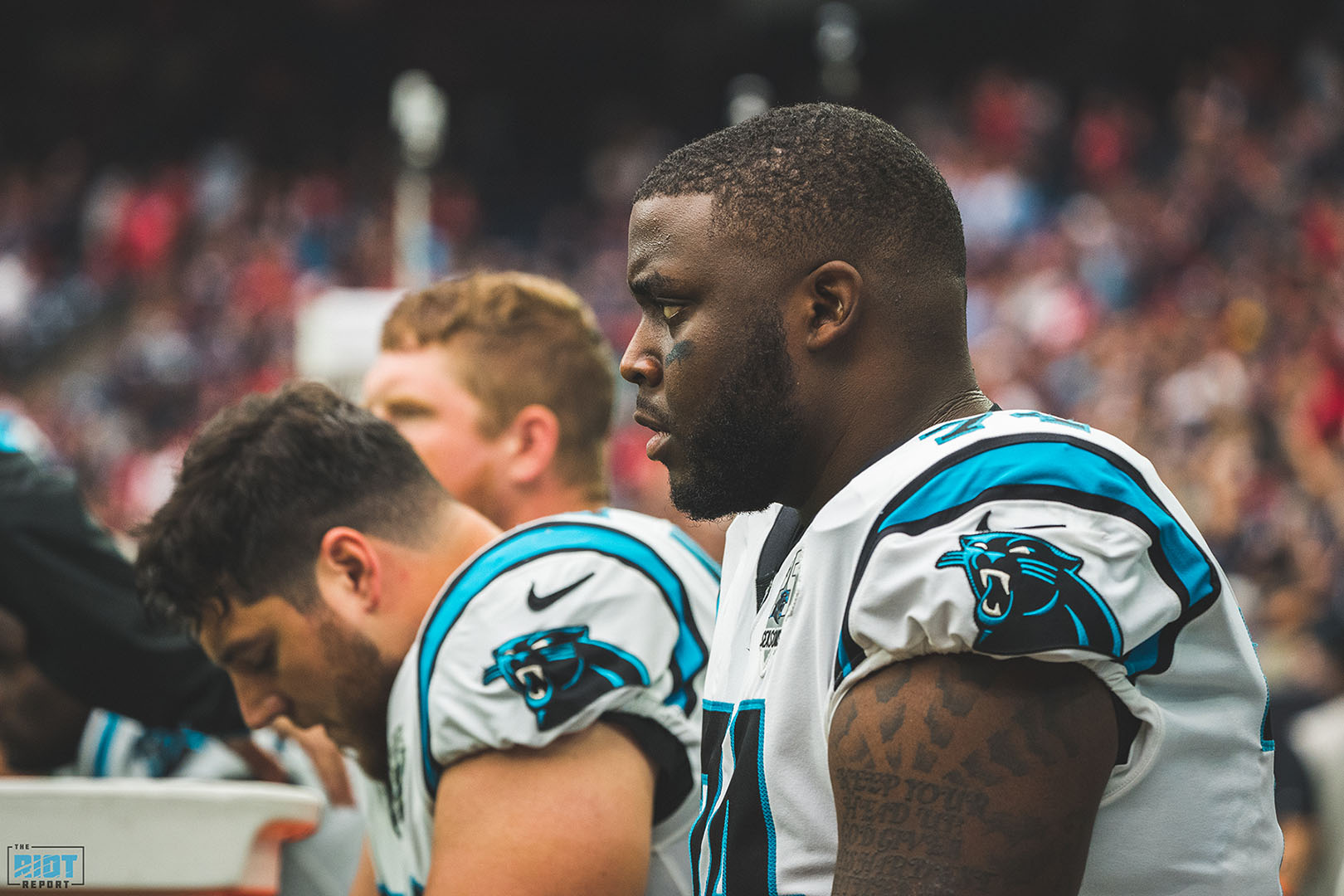 The Panthers’ offensive line did not play well against the Falcons, in the passing game in particular, giving up five sacks and a bunch more pressures. Some of this isn’t totally on the offensive line, but they need to be better to give the Panthers any chance, both against the Saints and going forward. Of course, Greg Little starting for the first time after more than a month off with a concussion is something that didn’t help; he is likely to improve as he gets back into the swing of things, but if anything, the right tackle position has been worse.

While Taylor Moton is likely to be a part of the Panthers’ offensive line plan going forward, he has really struggled in pass protection this year – with Dennis Daley back practicing and the Panthers benching and then un-benching Moton against the Falcons, there is a chance the Panthers could go with a pair of rookie tackles against the Saints. We probably won’t know exactly what the plan is until the Panthers take the field, but with everybody back healthy for the first time, the Panthers now have a chance to put out their genuine first choice line.

Quite frankly, with the way the Panthers have used their offensive tackles to this point, it is hard to say that there is some sort of master plan – there are probably half a dozen potential starting tackle pairings the Panthers might roll out on Sunday, but facing a Saints’ defense that ranks fifth in the NFL in pressure rate, whoever is out there is going to need to play better than the group did as a whole against the Falcons. 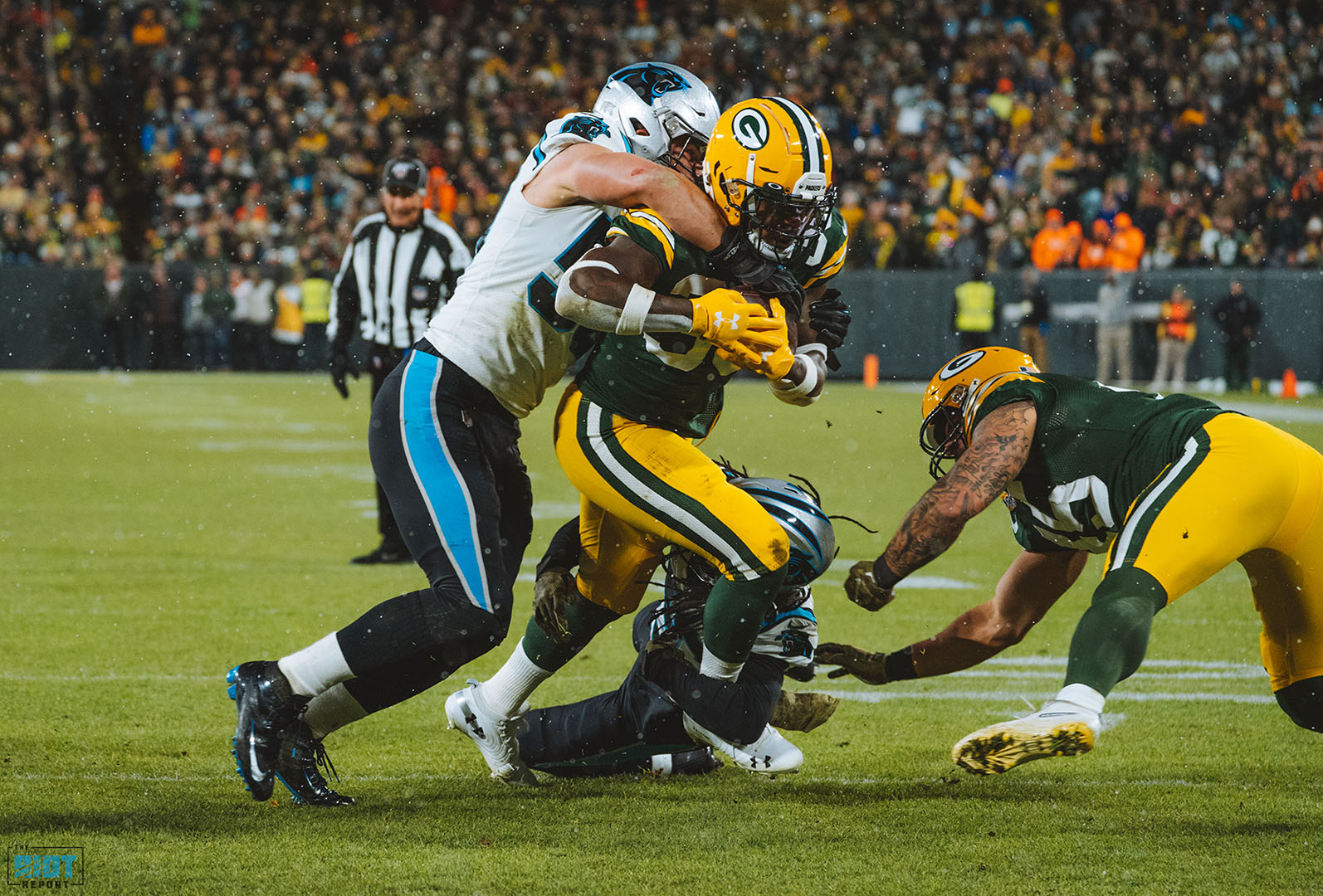 Before the Falcons game, the Panthers’ run defense was within touching distance of being the unequivocally worst run defense in NFL history, but this group actually did a really good job against the run against Atlanta, with the only Falcons running back to average over three yards per carry being Kenjon Barner with the grand sum of two carries. Of course, it’s hard to get too enthusiastic about the Panthers run defense based on one game against a mediocre rushing attack, but this was definitely a step in the right direction.

The Saints, however, should offer something of a more serious challenge, with both Murray and Kamara averaging over four yards per carry. The Saints haven’t exactly been running all over people this season, ranking pretty much in the middle of the pack in terms of yards per game, but the Panthers have given up big yardage against some poor rushing attacks so far this season, and it’s important the Panthers don’t allow the Saints to work ahead of the chains and keep the Panthers’ defense on the field for long stretches if they want to come away with the win.

This doesn’t mean you should give up on the game if the Saints get an eight-yard carry in the first quarter, but if the Panthers are consistently allowing the Saints to get four or five yards with each carry, it’s only going to make it even harder to prevent the Saints from just rolling all over them on offense.

Kyle Allen Has To Show Growth 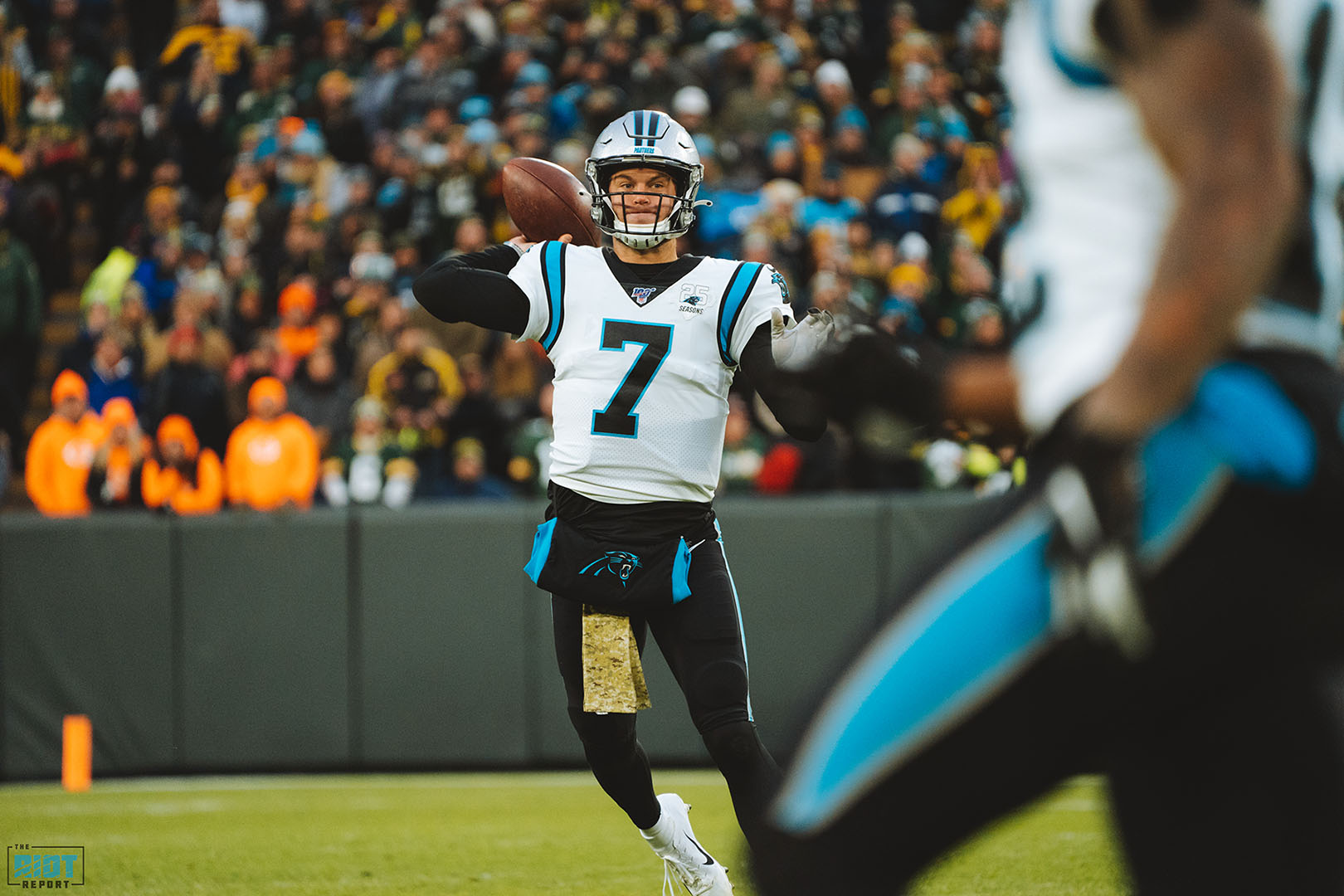 Kyle Allen was pretty good last season against the Saints, he was also quite good against the Cardinals to start his 2019 campaign, for a backup certainly – but it’s honestly quite hard to say that he’s shown much growth at all over the last month or so. That doesn’t mean he’s terrible or that the Panthers shouldn’t view him as a useful backup who can come in for a couple of games and keep the ship afloat where needed, but if the Panthers are expecting him to be anything more than that, then it’s almost impossible to say that there’s evidence to support that optimism on tape.

However, if Allen is going to show growth – and for a look on how he needs to improve, look no further – then now would be a really good time. If he continues to play at the level he has over the past month or so, it’s hard to see how the Panthers will beat many teams, let alone the Saints. Obviously, the interceptions aren’t good, but the issues go well beyond that, and it just makes it very hard for the team to move the ball consistently when he struggles to execute consistently inside the offense.

On the positive side, what the last few months have shown is that the Panthers don’t need Allen to be a star for them to win; they can’t afford him to introduce issues into the offense, but rather limit negative plays and hit the open receivers when they appear.

The Panthers are not favorites to win on Sunday, but quite frankly, they are in a place where they need to win to keep their playoff hopes alive for the third week in a row. Even if they do all the things listed here on Sunday, they are still going to have a struggle to beat a really good Saints’ team, but this is the road map of how they could just about pull it off.

It’s win or go home time already for the Panthers, we’ll find out on Sunday which of those two it’ll be.