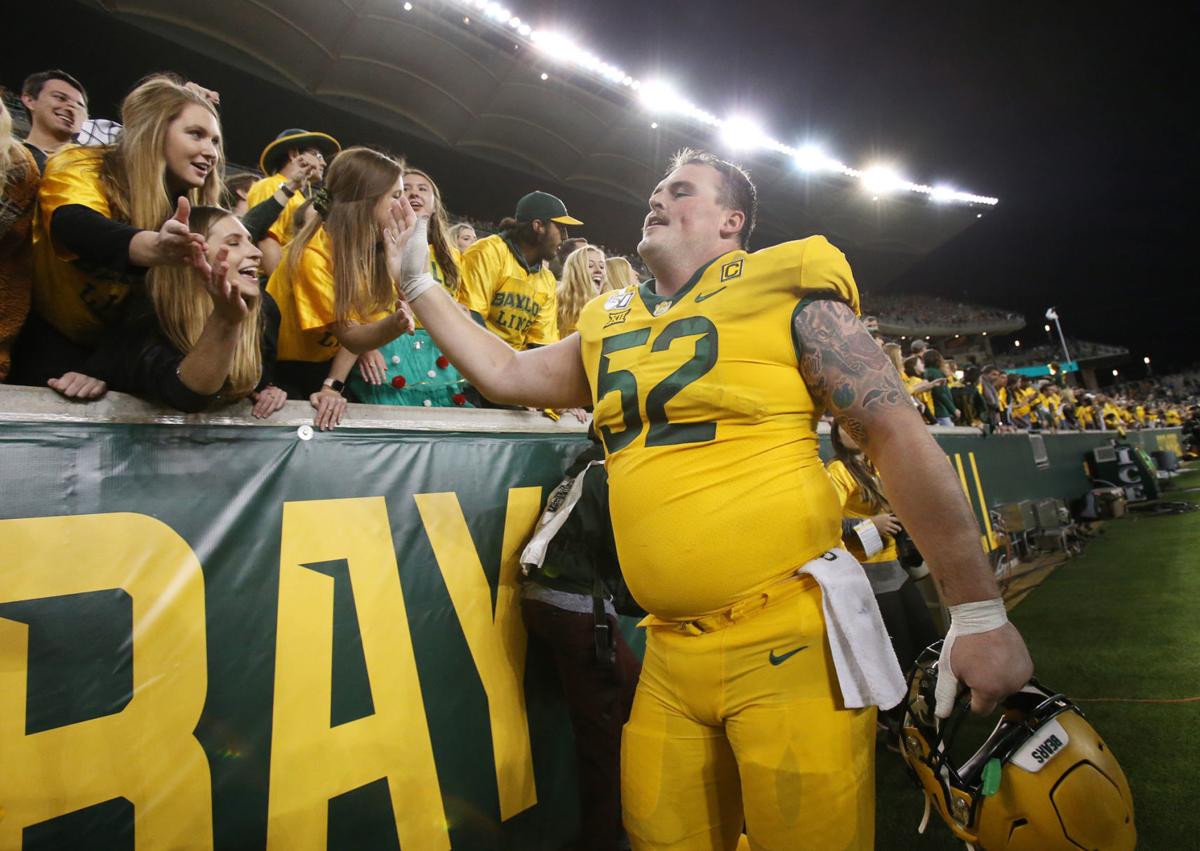 There’s a clear picture of what kind of player Matt Rhule values on his football team. Tough. Athletic. Willing to put in the work to reap the reward. Fast. Nimble. But perhaps there is no trait necessary in identifying a “Rhule Guy” in something that doesn’t translate on tape, but it shows up in everything else they do – simply loving the game.

“I love guys that are grateful. I love guys that don’t make excuses and don’t let other people make excuses for them,” Rhule said after the draft. “If you have to train and get ready to go be a pro football player or if you are one the guys on our team right now and you are training for the season, figure it out and find a way. That’s what all great people do. I think we’ve got a bunch of guys that are really committed to football and love the game.”

So when the draft ended, while Marty Hurney was working the phones looking to sign undrafted free agents that had slipped through the cracks of the draft, Rhule reached out to a player he was very familiar with, someone that he knew loved the game more than anyone else – former Baylor center Sam Tecklenburg.

Only for Tecklenburg, it was a little bit more complicated – nine days after the Baylor season came to a close and only a couple of days after Matt Rhule was introduced as head coach of the Panthers the 6-4, 310 pound center who started the final 39 games of his Baylor career announced that he was stepping away from the game and retiring from football.

It wasn’t an easy choice.

“That was as burned out as I’ve ever felt, physically and mentally,” said Tecklenburg last week in a phone interview with The Riot Report. “I just gave everything I had to that last season and once it was over, I didn’t have a desire to keep playing football anymore. I just kind of felt like that was going to be best for my well-being at the time and it probably was. I don’t regret it, but at the same time, as time went on, it was clear that I did still want to play football – so I’m just so grateful for the opportunity to get to come back and do that.

“I had made a tough decision, a hard decision – my dream has always been to play in the NFL.”

But after only a few months of working in the weight room at Baylor – a job that gave him a chance to continue to work out and be around the game – the former tight end realized that he wasn’t quite ready to be done with football. And when the draft came to it’s conclusion, Tecklenburg got a call that gave him the opportunity to fulfill his lifelong dream and perhaps play in the NFL.

“That job gave me the chance to stay around football, gave me the chance to work out and be around people I’m familiar with – but as time went on, I realized that I did want to play football still and I was really grateful for the opportunity to get back in it and be where I’m at right now,” said Tecklenburg. “It took me a while to come around, but eventually I had to tell myself that it was OK to change my mind and go back. I’m glad I did.”

“[Rhule] called once the draft ended and told me he’d give me an opportunity if I was still interested in playing – so I took him up on it.”

Tecklenburg started at Baylor as a tight end in 2015 and even caught a touchdown pass during his redshirt freshman year – but when Rhule and his staff came to Baylor at the end of 2016, the team found themselves in a dire situation during their first few spring practices.

So Tecklenburg, wearing a jersey with a pass-catching number on it (88), kicked a couple spots inside and played tackle – just to try and get the team through practice.

“We were like ‘holy cow’, he didn’t just get us through, he knew what to do and how to do it and was [already] one of the best guys we had at it,” Baylor assistant coach Shawn Bell, who coached the offensive line in 2018 and now oversees the tight ends.

After being asked to drop weight to play tight end by the previous regime when he arrived at Baylor, Tecklenburg was asked to put on 30 or 40 pounds to trade in his 88 for a 52 – which the Texas native did not only without complaint, but without affecting his agility and speed.

“He’s such a team player that [he did] whatever the team needs. He went from starting tight end, catching touchdowns and touching the ball to by Week 2 or Week 3, he was our starting center. He started as a guard – and the rest is history.” 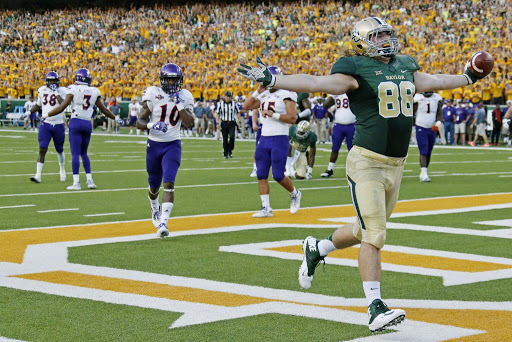 Tecklenburg started two games at guard before starting the next 37 at center, garnering Second-Team All-Big 12 honors as a fifth-year senior in 2019 and being named to the 2018 Rimington Trophy (which awards the nation’s best center) watch list, all while earning his undergraduate degree in sociology.

“The word that comes to mind is detailed,” said Bell. “From everything he does as a player, he’s going to be the most detailed player on your football and in your offensive line room. He works so hard at doing everything exactly right – every step he takes, every punch that he makes, every call that he makes is going to be exactly the one that you want at that time. I’ve never met an individual that put more work into it and was more detailed than Sam.”

“I Love Everything About Football”

Bell would often leave coach’s meeting close to midnight on a weekday night – but not before swinging by the offensive line room, because he knew that ‘Teck’ would be in there watching film.

“I love football,” Tecklenburg said. “That’s just how I do it – I love everything about football and I do love watching film, so that was always very easy for me. During the season, that’s your time to lock in – you only have a week to prepare for someone and I felt like you could get an advantage on someone by watching more film, so that was one of the things I always enjoyed doing, trying to get an advantage.”

Thanks for everything @CoachMattRhule
You changed my life for the better, and made my college football experience a special one. Good luck, and thank you. pic.twitter.com/i5MXFp5q73

It’s likely that preparation and love was one of the reasons Rhule reached out to Tecklenburg, who knows he need to prove that he can provide depth at both guard and center on an offensive line that could still use more help behind veterans Matt Paradis, Michael Schofield and John Miller. While Tyler Larsen, Dennis Daley and others will compete for interior lineman space, with the addition of two roster spots in 2021, Tecklenburg has as good of a chance as anyone to make the roster – or at least the practice squad, where players can be elevated on a weekly basis to the active roster on Sundays.

Rhule’s familiarity with what ‘Teck’ can bring to the film room, the practice field and to the locker room may give him that leg up in the competition – the love of the game made him that much more willing to put in the extra work during the week to reap the rewards on the weekends.

“Teck modeled all that,” said Bell. “Coach Rhule, in our program, would set a standard for all of our players – that was the minimum. And Teck was the kind of guy who was always going to do the most. There’s nobody in the NFL, there’s nobody in this world that’s going to outwork him and put in the time he will to be great. And not just for him, but for his team – that’s the neat thing. Everything he does isn’t for him – it’s all about the team. He wants the team to be successful, he wants to win.”

“The guys that make it in the league are guys that are durable. Guys that are going to outwork everybody else – and he fits that mold. From a talent standpoint, I think he has it, but he has that little extra desire to be the best and the work ethic that I think will give him that shot.”