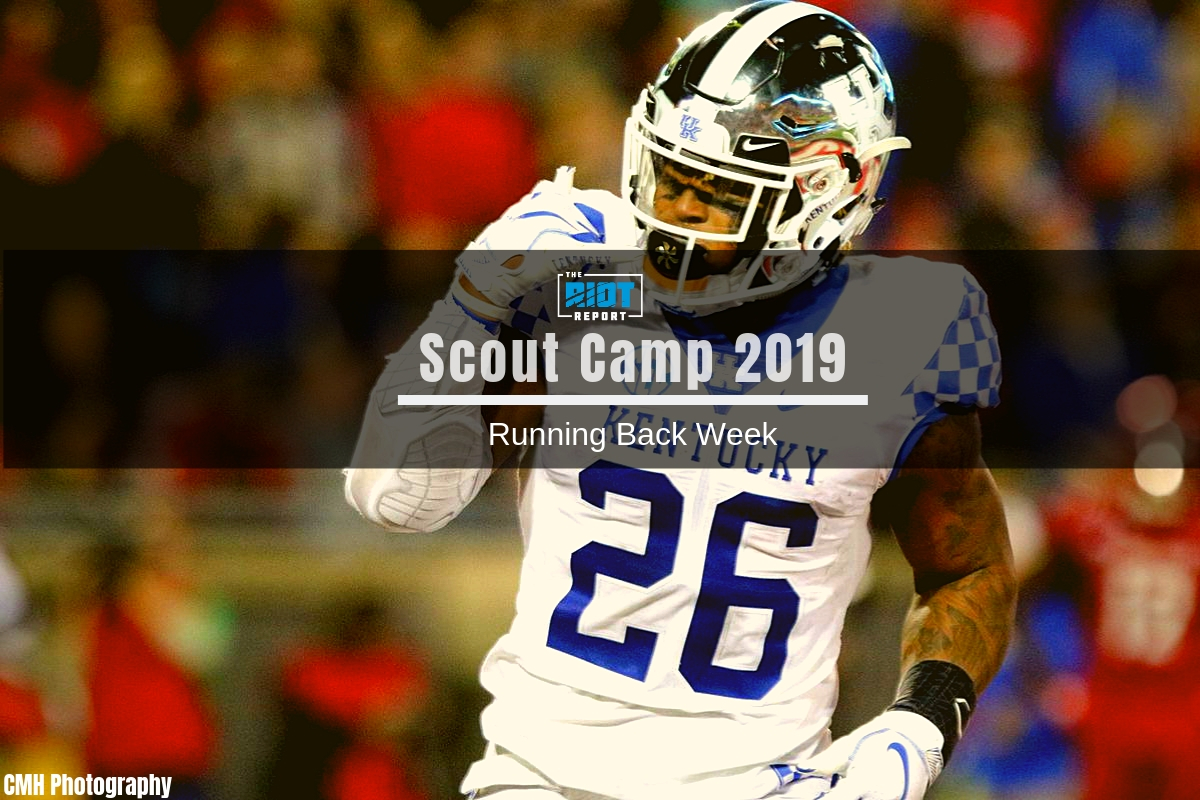 Snell’s lack of burst limits what he can do at times – he often has to settle for inside rushing lanes knowing that he doesn’t have the speed to break it outside, but he does that well; by not committing to a running lane early, he prevents defenders from shooting his gap with any consistency:

And if teams do look to stuff him inside, he does have enough quickness, aided by an inside hesitation, to get outside the defense:

However, where he stands out from many other running backs is his ability to navigate through traffic, where no distinct rushing lane is present:

This allowed him to create yards outside the structure of the offense or when the blocking scheme broke down. However, this was also aided significant by his ability to navigate traffic in a different way – by running through it. As has already been mentioned, his balance allows him to knock off smaller hits and arm tackles, meaning that even when he didn’t have the agility to make the defender miss, he was sometimes able to force defenders into arm tackles that he could then break:

And when that didn’t work, his low center of gravity and his strong legs allowed him to churn out extra yards through the tackle:

Snell is not a refined runner in the way McCaffrey is – a lot of his yards are gained the ugly way – but he is intelligent in how he uses his skillset. He has the vision to navigate through blocks and the power to shrug off arm tackles and add yardage through contact. He doesn’t break off many long runs, but he consistently adds yardage to what is blocked for him.