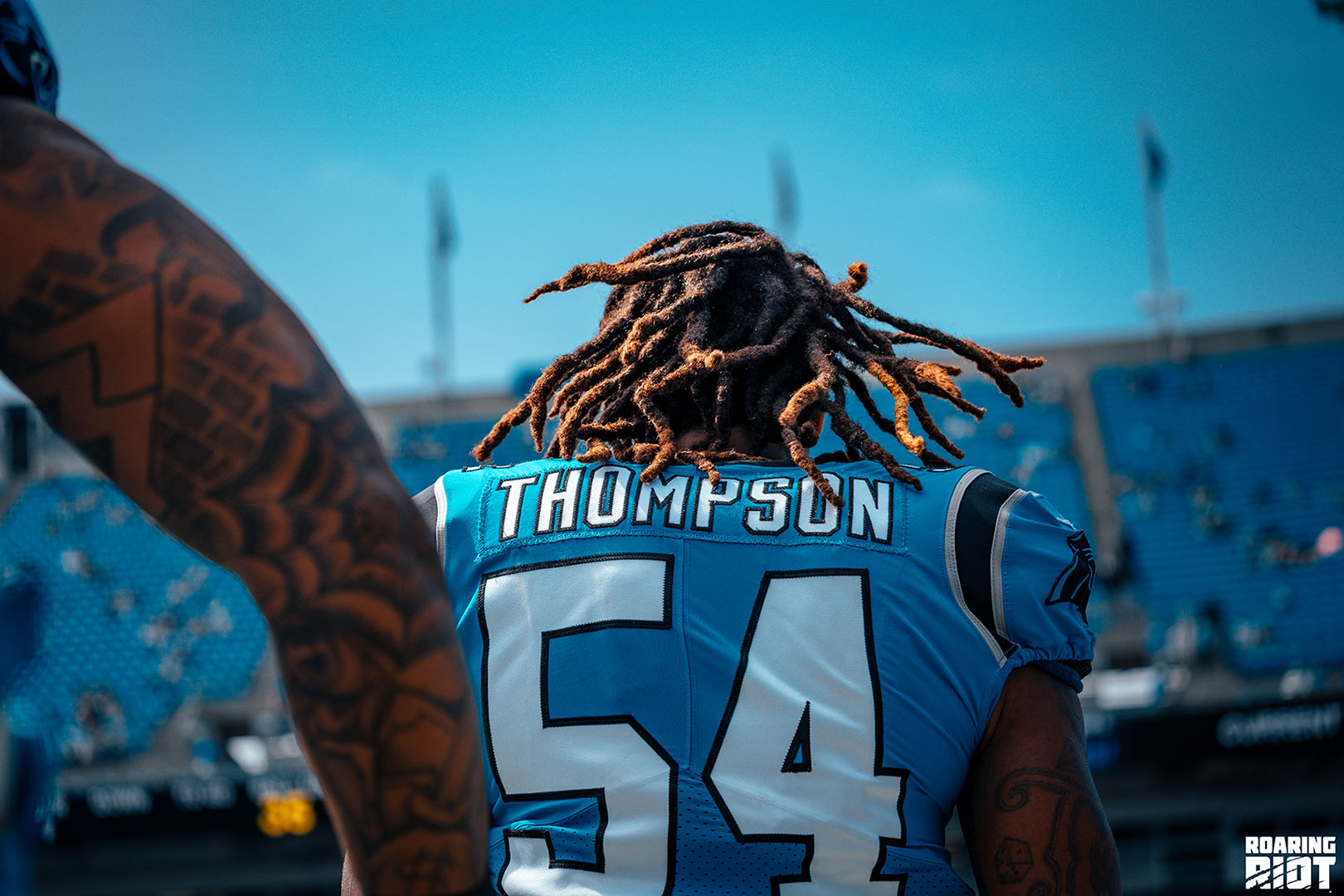 With Shaq Thompson suffering a foot injury that kept him out the final two weeks of the season, the linebacker went under the knife Thursday for a procedure described as a ‘cleanup’  on his shoulder – the surgery was scheduled for later in the offseason, but with the linebacker suffering an injury late in the Panthers loss to the Seahawks, it made sense to move it up.

Thompson, who has played 14 games in every season of his five-year career, had set career highs in both tackles (109) and TFLs (11) as he played over 97% of the snaps through 14 games, by far the most of his career and is less than a month removed from signing a four-year, $54.2m extension.

“I’m a Shaq Thompson fan in the sense that he can go out and be a DB as a nickel kind of guy, he can walk inside and be a linebacker, which he did for us – he plays so many multiple roles,” said interim head coach Perry Fewell. “Since we didn’t have him last week and this week, that’s a big void, from a defensive perspective, that you miss because he’s been a guy that’s been steady throughout the season, not only in coverage but in the run game.”

The Panthers were also hopeful that second-year edge rusher Marquis Haynes would return after suffering a knee injury in Week 14, the reason why they did not place him on injured reserve, and though Haynes practiced Friday in a limited fashion for the first time since suffering the injury and worked hard in the weight room and in rehab to make it back, he is doubtful to play on Sunday. While Vernon Butler is expected to receive a “hefty fine” from the league, Fewell did not elaborate on whether or not the defensive tackle would play Sunday after being ejected from last week’s loss to the Colts.