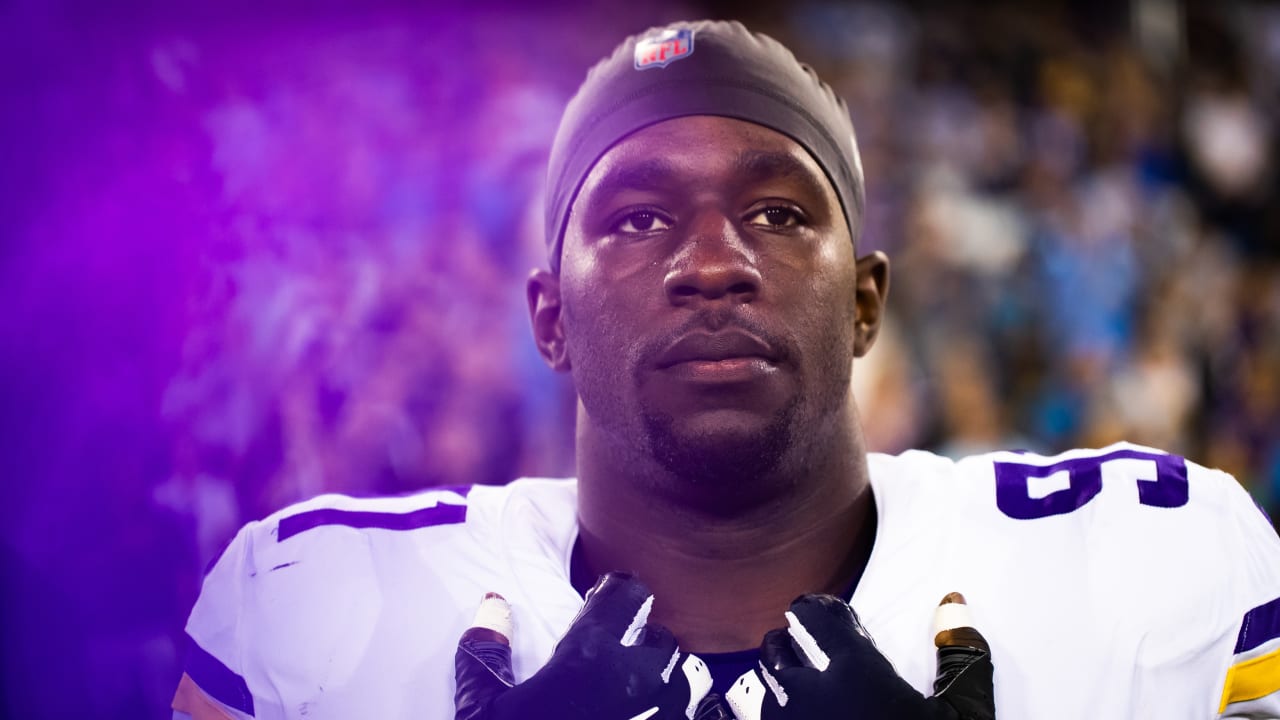 This season, the NFL is planning to allow players to have decals on the back of their helmets that bear names or initials in support of the Black Lives Matter movement and similar social justice causes. While the decals are reported to be limited to bearing names or initials of victims of systemic racism and police violence, Panthers defensive end Stephen Weatherly would prefer to put a slogan on his helmet if permitted.

“The one I would wear is a variation of Black Lives Matter and just put ALL Black Lives Matter,” Weatherly said. “Especially given my standing where I am in the community. Oftentimes, when I met with people, my life has been validated because of what I do, because I play for the Panthers and I’m a professional athlete. People see value in me as an individual.”

“But when people don’t know what I do for a living, I get treated differently, and it shouldn’t take what someone does, or you learn who they are, for them to deserve to be treated fairly.”

“That’s something I definitely want to echo, and that’s a real thing that happens. A lot of people in this world will see me and see what I do and think I’m an amazing person and give me value. But my cousin, my mom, my brother, all aren’t – because they don’t do what I do for a living. So that’s why I would wear a decal that says ALL Black Lives Matter.”

In the NBA’s bubble in Orlando, the players are wearing slogans on their jerseys, but the NFL is expected to limit the decals to simply initials or names submitted by the NFLPA.

During his short time in the Carolinas, Weatherly has already been active within the community. He is a part of the Panthers Impact Committee along with Andre Smith and tight end Chris Manhertz and spoke out against injustice in June. The death of George Floyd in Minnesota was personal to Weatherly as he spent four seasons playing for the Vikings before joining the Panthers.

Since joining the Panthers, Weatherly says owner David Tepper and head coach Matt Rhule have supported its players that want to stand up for social justice issues.

“I don’t have to choose anymore — I can be both [black and a football player],” Weatherly said. “I can go out and get these numbers [on the field] and do what I can to help bring back a championship, but then also express my grievances as a black man. Neither of those two should interfere with the other, and it feels good and allows me to play free or allows me to play less stressed — which in turn makes me a better football player.”

Recently, the Panthers and their Player Impact Committee launched “Your Vote Counts,” which is an initiative that aims to educate, register and mobilize voters in the Carolinas. The plan is to work alongside local, state, and national, nonpartisan voter engagement organizations and utilize the Panthers’ reach to encourage voters and help make the voting process safer and easier.

“I was so happy the Panthers brought up voter registration. There’s a lot of elections going on like now, in the coming weeks,” Weatherly said. “It’s about getting people registered and to know that the decisions you make in the booth can affect long-term legislation. So I feel like that’s what’s next, to put in place templates to help the next six months to a year and then elect the people that can make a positive impact for years to come.”

The former seventh-round pick understands his role in helping the next generation – especially those of color – come to grips with the realization that they can be and do anything that they would like in the future. He’d like to dispel that stereotype that there are only a few different options to ‘make it out’.

“There’s more than one way to be successful,” said Weatherly. “It doesn’t have to be a microphone or a ball.”