Inside The Numbers: What Personnel Groupings Reveal About Play Tendencies 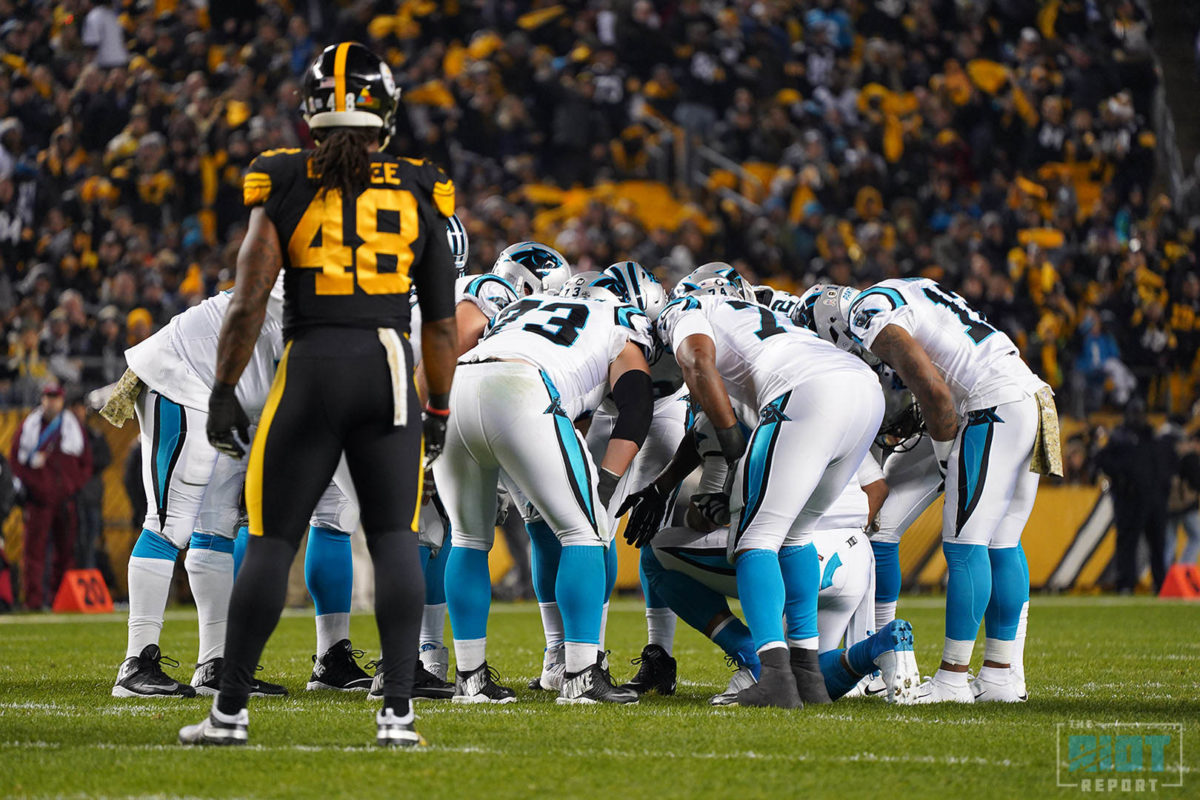 Every team has a different approach to trying to score points. Some teams run the ball a lot, some lean heavily on the pass. Some look to spread teams out with a lot of three, four and even five wide receiver sets while others look to bring in multiple extra blockers. But we don’t care about other teams – what do the Panthers do?

Luckily, tendency and efficiency data is pretty widely available, and while anybody is welcome to trawl through to their heart’s content, there are some general takeaways from how the Panthers approached the game in Norv Turner’s first season as offensive coordinator and how successful that approach proved to be.

Most of this data can be found on Sharp Football Stats. 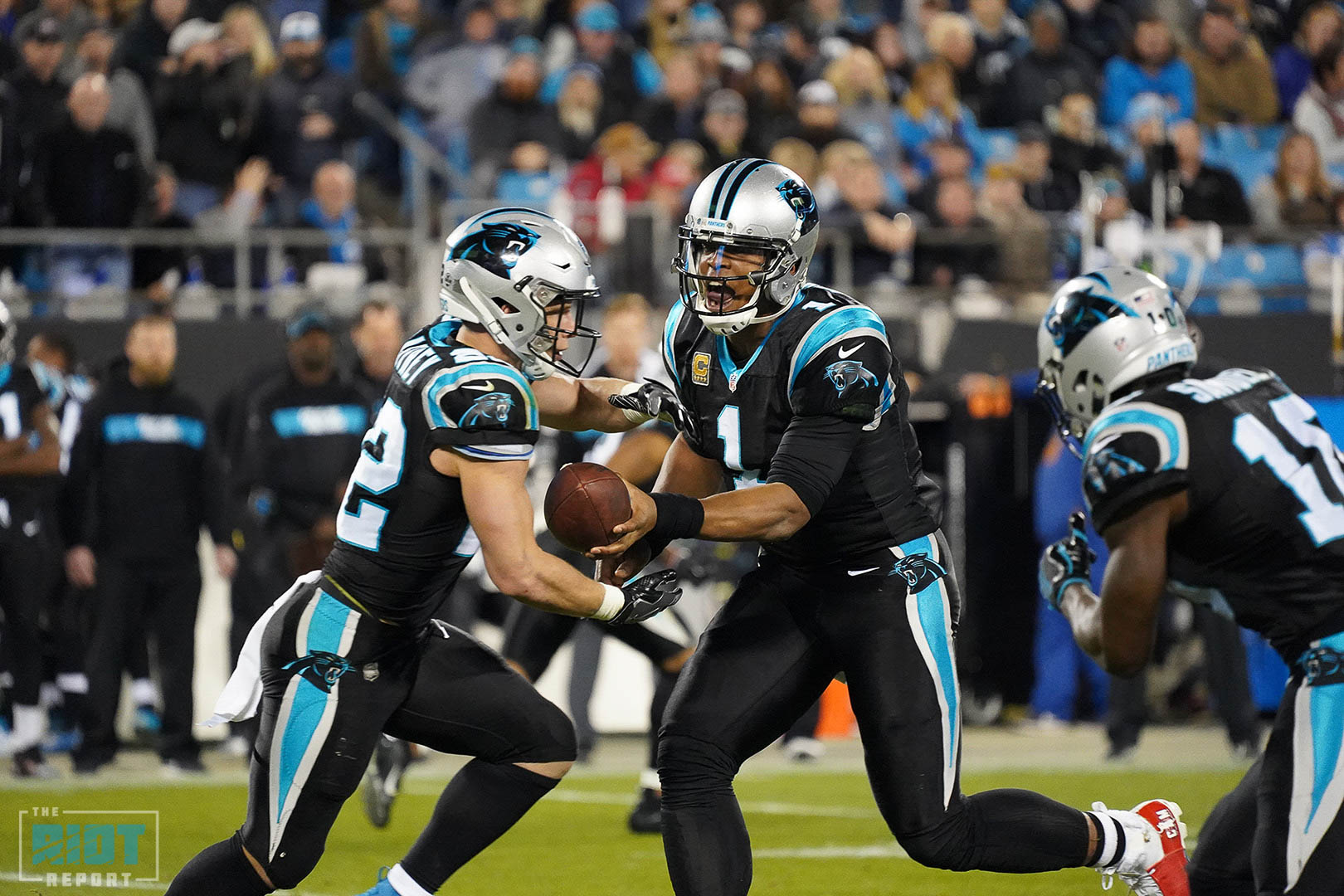 In general – and especially on early downs – the Panthers actually ran the ball quite well. The predominant formation they used to run the ball was a three receiver set with a tight end and running back, with this formation accounting for 50% of first down carries (the NFL average), 63% of second down carries (NFL average of 57%) and 57% of third down carries (NFL average of 65%). Crucially, the Panthers ran the ball effectively out of this formation, especially on first and second downs, where they were successful well above the NFL average – by 9% and 17%. The Panthers ran the majority of their running plays out of this formation in 2018 – and did so well – this is something that is likely to be a carryover into the 2019 season and beyond.

Now, I’m going to throw a fair amount of numbers at you and then we’ll go over the repercussions once we’re done.

Whether the Panthers look to be more judicious in their usage of this formation or look to expand it’s role in the offense will be something to watch for, especially on third and fourth downs.

Given the sample sizes for fourth downs, it’s probably best not to make too much out of that one data point – but given the success the Panthers had running the ball out of this formation on earlier downs it is somewhat surprising that they didn’t use it more often.

The second formation they used at times was 21 personnel, with two running backs but just one tight end. They used this at or around the NFL average rate on first, second and third downs (9%, 13% and 17% usage compared to average rates of 13%, 10% and 9%). It is worth noting that they used this more and more as downs went by – as teams tend to go with things they feel most comfortable with when they get to the money downs. However, as they actually performed better compared to the NFL average on first downs (58% vs 51%) and roughly at the average on second and third downs (40% and 50% compared to 43% and 48% respectively), this might be more a case of them overusing on later downs rather than underusing it on early ones. 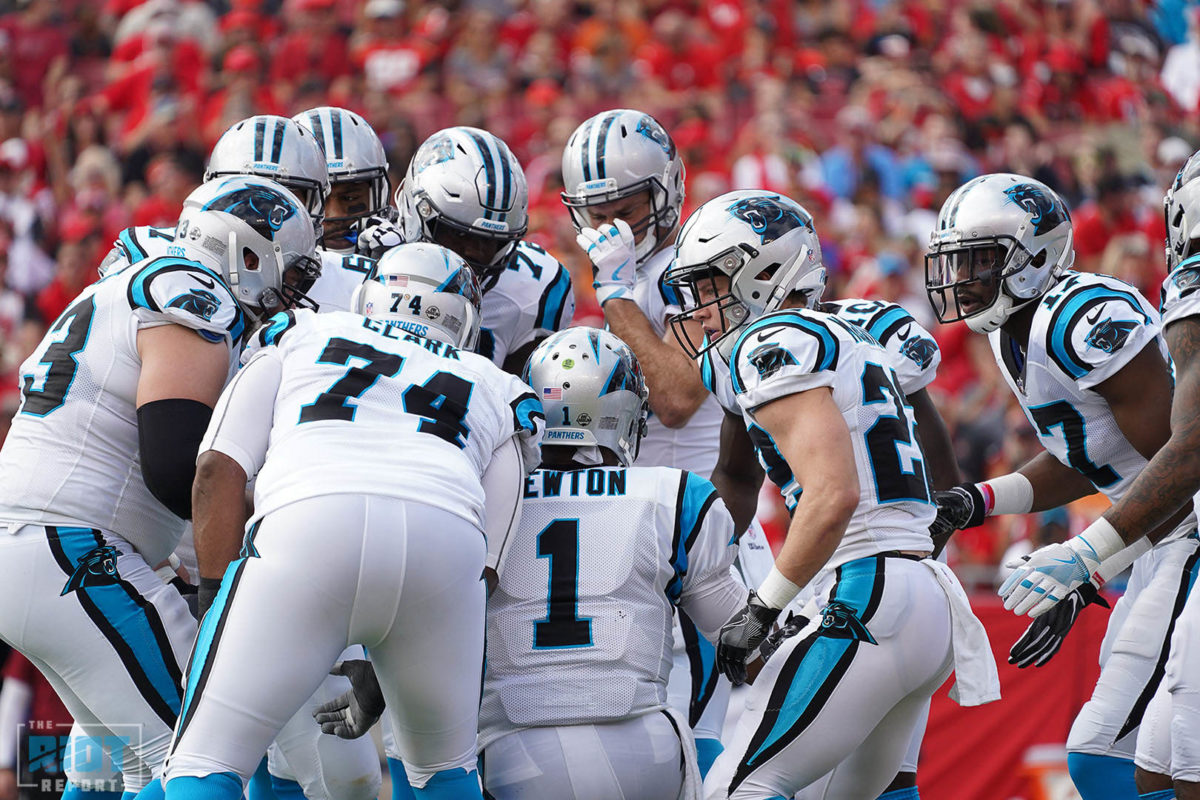 The final formation they ran the ball out of heavily was 13 personnel, with three tight ends on the field and one running back. They didn’t use this formation on second down at all, but on both first and third downs they used it pretty much at the NFL average rate (4 and 6% compared to 5% for both). On third downs, they did so slightly above the NFL average efficiency (50% compared to 43%) but significantly below the average efficiency on first downs (17% compared to 35%).

This suggests that when the Panthers really needed to move the ball for short distances, this formation proved effective – but that they struggled to ever gain more than a couple of yards out of this formation.

This is a lot of information to digest, but the major takeaways should be the following: The Panthers ran the ball well and mostly looked to run the ball out of formations more commonly seen as passing groupings – most notably 11 personnel – but they were far less impressive moving the ball when they really had to on third and fourth downs, where they looked to use more heavy formations but without much success.

Going forward into 2019, the Panthers should be optimistic about their chances to run the ball on early downs, but they need to address their inability to run the ball in short yardage situations, possibly by exploring using ball carriers not named Christian McCaffrey.

Up Next: How Did The Panthers Look To Pass