Tepper Making His Biggest Investment Yet 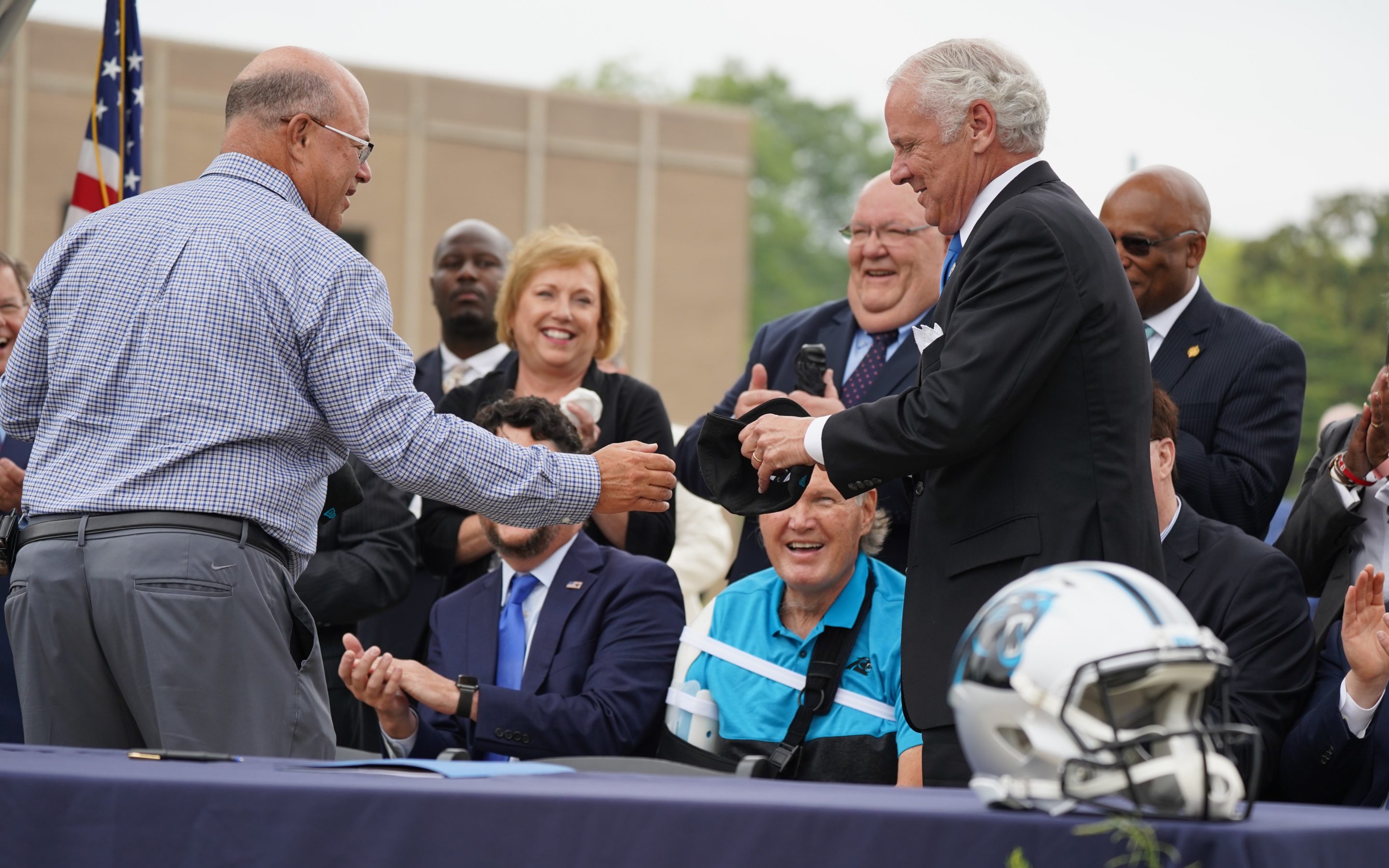 It has been over a year since David Tepper signed on the dotted line, purchasing the Carolina Panthers, for an NFL record $2.275B. He’s spent much of the past 15 months making up for lost time, doing many of things Jerry Richardson was too austere to do.

So far, he’s made investments in player health, marketing, and has made big strides to bring the team facilities into the 21st Century. So now, when it rains, players no longer have to run routes and defend passes on the carpeted hallways of the Convention Center – they have a weatherproof field to practice on inside a brand new bubble.

Earlier this summer, he made his biggest move to date, announcing that the Panthers would be moving their training facility and team HQ to Rock Hill, SC. While the Bubble brings the team into the 21st century, what Tepper has planned in Rock Hill prepares both he, and the team for the future.

In Late October, Rock HIll Planning Commission held a hearing to discuss the Panther’s rezoning plan – this meeting gave us our first glimpse into what we can expect the Panther’s plan to look like. It also gives us a glimpse into one of the biggest ways Tepper will be diversifying his investment.

Ultimately the plan was approved by a vote of 5-2, to move on to City Council for a final vote.

The Panthers new facility will sit on what is currently 285 acres of heavily wooded land, located just south of the Catawba River, adjacent to I-77 at 2394 Eden Terrace in Rock HIll.

Beyond the headquarters and practice facility, which are expected to open August of 2022, the development will include many different uses. According to the memorandum, the team will aim to establish a commercial district, anchored by regional and corporate headquarters, shopping, nightlife, hotel rooms, and a dense residential district.

The proposed buildout, so far, includes the following:

A Map, For the Visual Learners: 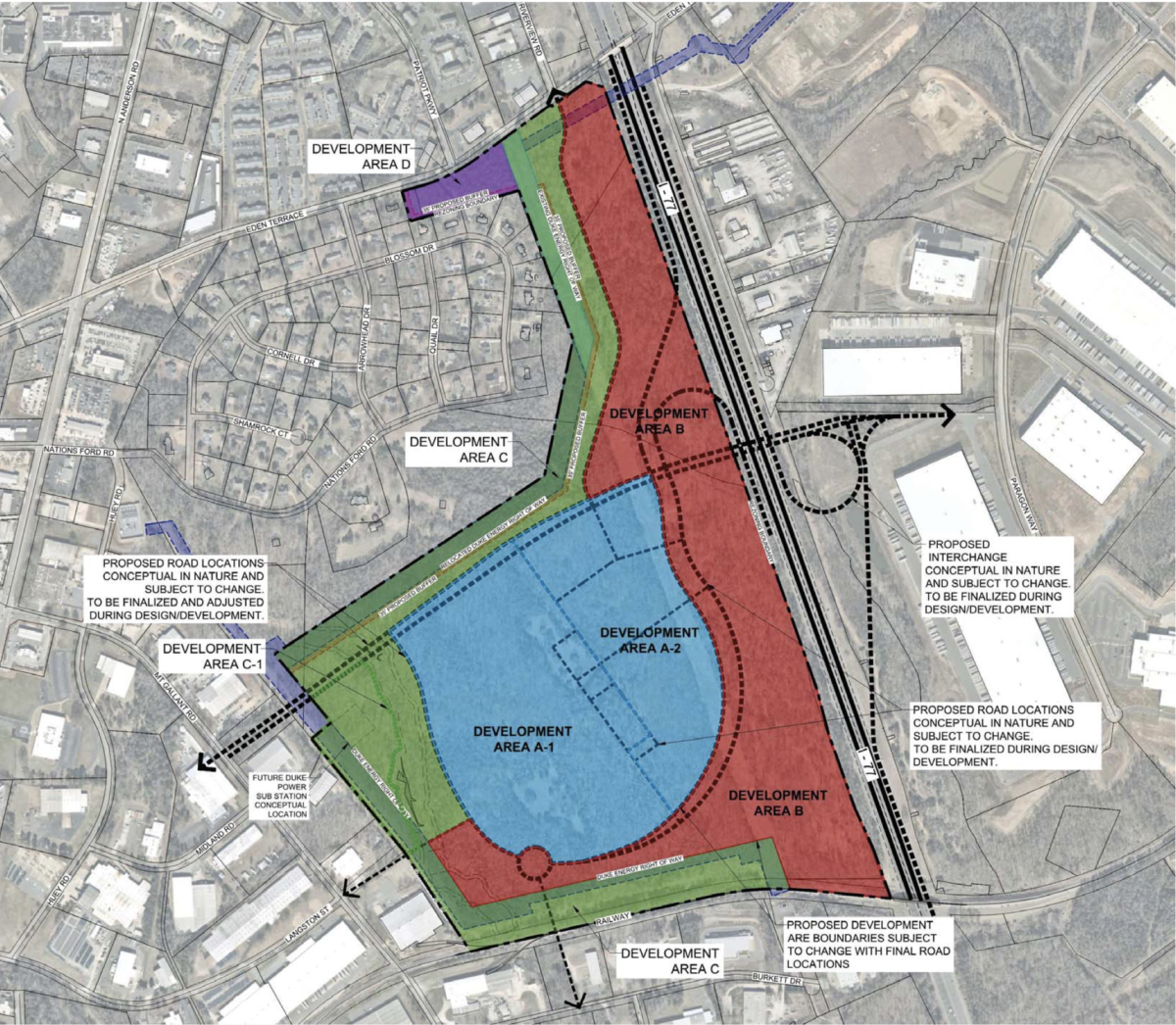 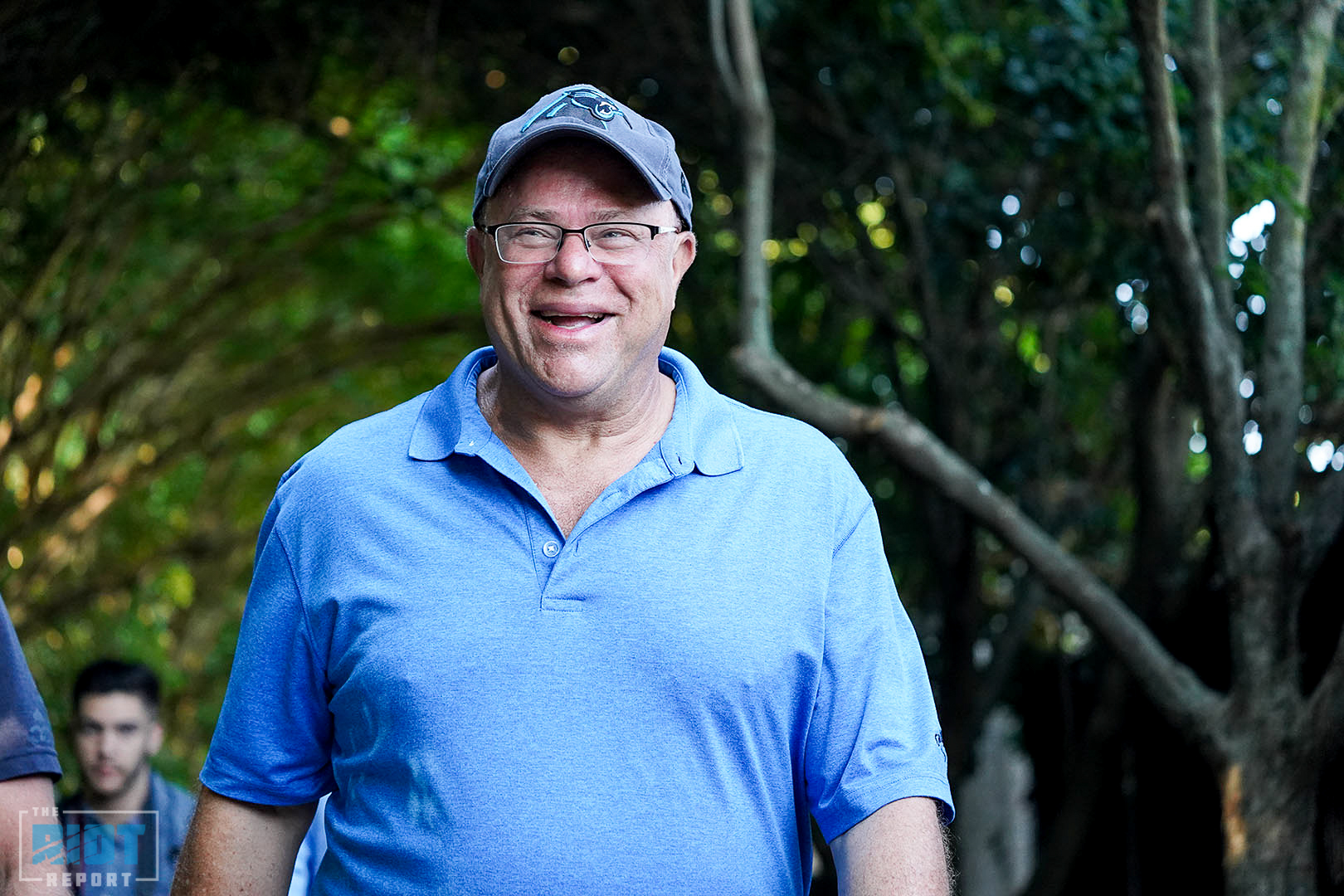 Beyond these raw numbers, there’s numerous other items discussed.

For me, the biggest takeaway from the memorandum is not the practice facility itself, but how Tepper intends to use the land to diversify his investment in the Panthers. The memorandum describes a plan that paints broad enough strokes that Tepper could really do whatever he wants with it – within the laws of the city of Rock Hill, and the state of South Carolina.

It’s clear that he wants to create a 365 day a year entertainment business, instead of one that is only relevant on gameday.

Contributor/Meme Maker in Chief
In the venn diagram that is Panthers, Business News, & Development, I cover the space where they intersect. Charlotte born & bred, NYC resident - for now, at least. Follow me on twitter at @CLTDevelopment