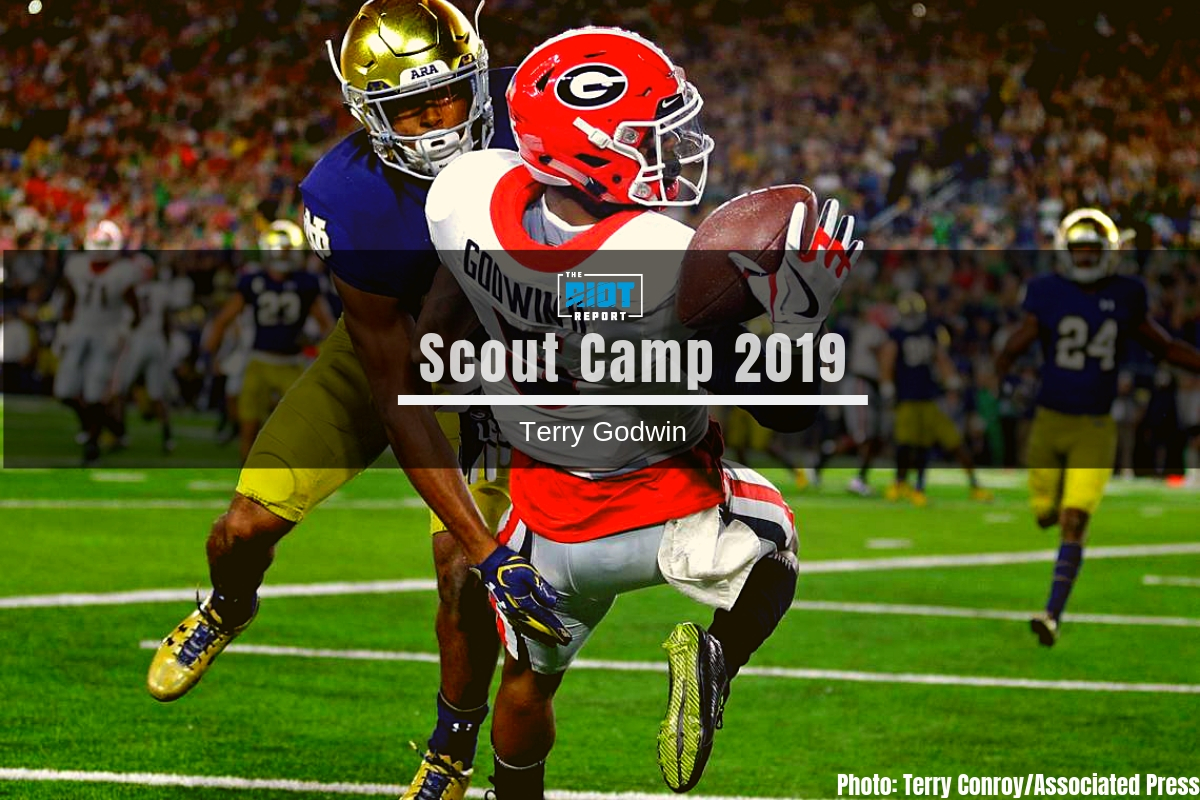 This week, with rookie mini-camp upcoming, we’ll be taking a look at some of the lesser-known rookies selected in the 2019 draft – the Day 3 Crew.

Between 2009 and 2018, there were 54 receivers drafted in the seventh round – of all those players, exactly four have managed 1,000 career receiving yards – and only two have made it past 1,500. Essentially, the recent history of seventh round receivers is that unless your name is Julian Edelman, you’re likely to have a pretty forgettable career. Given that, what does Terry Godwin do that makes the Panthers confident he has a shot to make an impact, and why might he fall short of that expectation?

While timed speed isn’t everything, Godwin’s 4.55 40-yard dash at the combine is a fair reflection of what his speed looks like on tape; he’s fast, but he’s not run-away-from-everybody fast. He wasn’t targeted deep a huge amount at Georgia, but he showed the ability to eat up cushion against a deep safety (Godwin’s wearing #5):

And against corners without elite speed, he showed the ability to create some separation on deep posts, using the change in direction to create a step which he then had the speed to maintain:

However, as stated earlier, he doesn’t have the kind of speed that will allow him to make a career out of that alone. The other core skill for a receiver is the ability to catch the ball, and this is something that Godwin does well, showing the ability to make catches away from his frame, even through contact:

As well as having the body control to make tough sideline catches without going out of bounds:

From a core skill standpoint therefore, he is a solid player even if he’s not a spectacular one. However, there are lots of receivers in the NFL who can run reasonably fast and catch the ball – but in order for them to stay around, they need to do more than that. So how does Godwin fare at the more technical aspects of playing receiver, and does he offer extra value in a particular form?

Up Next: How Godwin Gets Open