Thursday Injury Report: Clearing Up For The Most Part 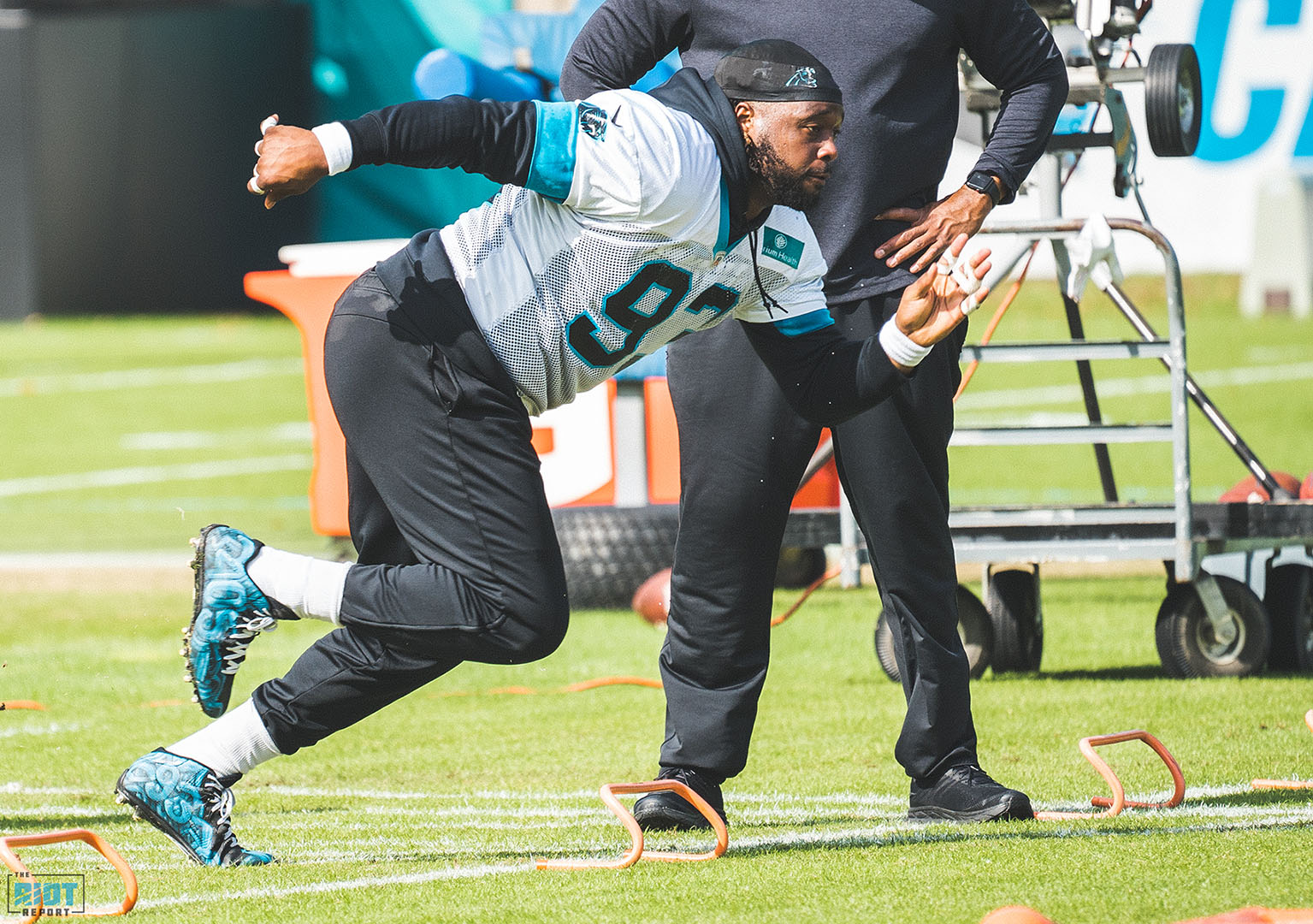 After a laundry list of players not participating, the Panthers had most of the players who worked on the side with trainers back on the field – at least in some capacity – with one large exception as rookie left tackle Greg Little, who was out at practice for the first time since Week 4 yesterday, was not in attendance at practice. However, Ron Rivera says that Little is simply progressing through the concussion protocol – Little appears to be in either Step 2 (light aerobic exercise) or Step 3 (continued aerobic exercise and introduction of strength training), judging from the work he was doing on the side during the open portion of practice yesterday.

“He’s just continuing the protocol,” said Rivera. “I couldn’t tell you what the protocol is or what they do – all I know is [that] he’s in the protocol. So it’s just part of it, I guess – I mean, I’m assuming that’s what it is.”

Also missing from practice was Cam Newton, who worked outside all week last week during practice but was back inside during the first two practices – yesterday, that was likely due to weather and with rain pelting the Charlotte area all last night, that may have contributed to keeping their quarterback inside.

With Mario Addison still in Alabama with his family after the death of his brother, the Panthers are giving him all the time he needs – Eric Washington said that if the defensive end is available, he’ll be ready to go, but they’re not thinking about that at this time – “Right now, we’re doing everything we can possibly do to just be supportive.”