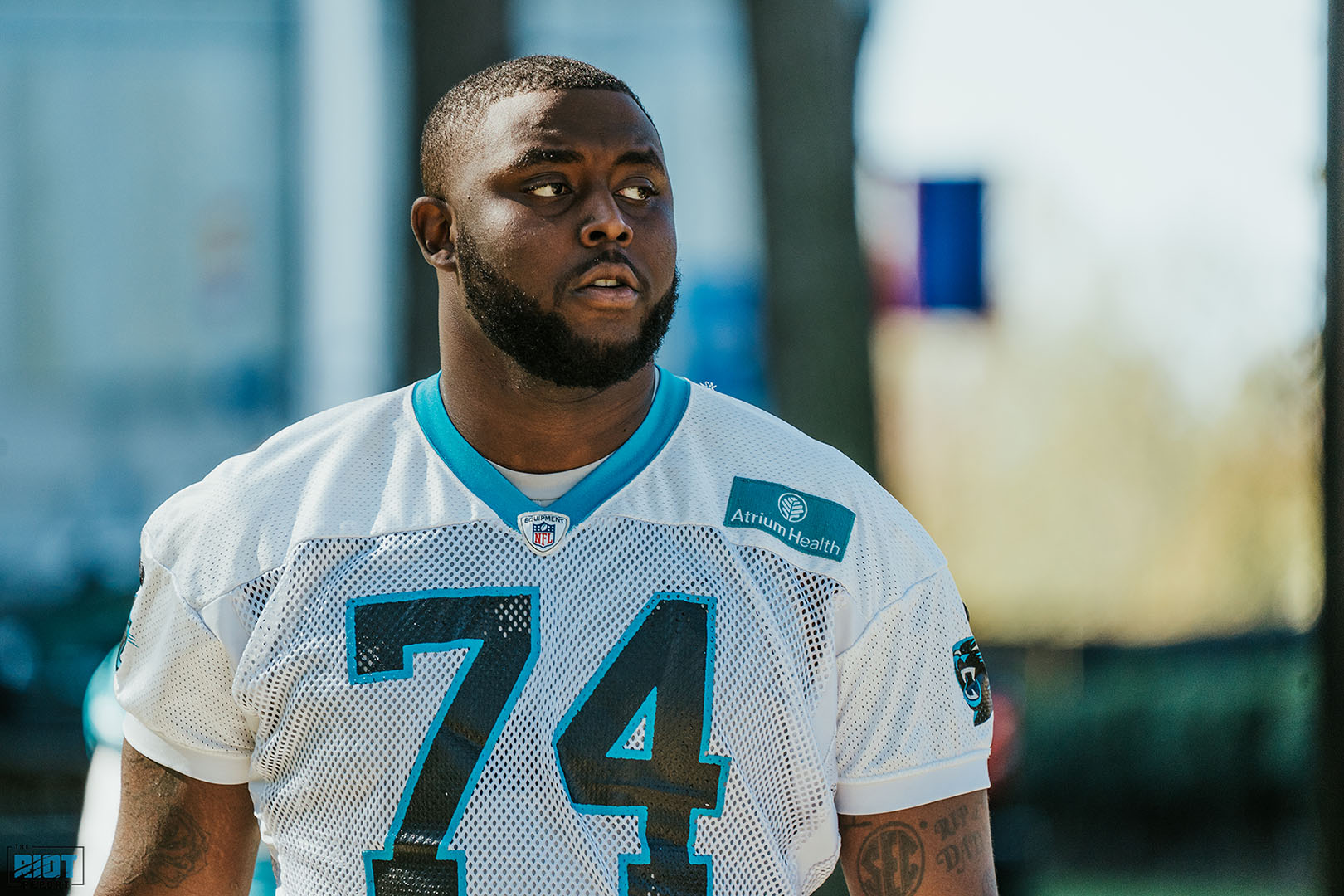 The Panthers have battled injuries for the entire 2019 season, from their franchise quarterback missing every game after Week 2 to utilizing four different players at left tackle, but while Cam Newton has been placed on injured reserve and will not play again this season, the Panthers look as if they’ll be able to start their preferred lineup of linemen to protect Kyle Allen as Greg Little, who has missed all but three games and started last week, is back to practicing in full, even though he popped up on the injury report Thursday with some knee soreness.

Despite that soreness, he is expected to start on Sunday, according to Ron Rivera – Dennis Daley, who started in Little’s stead, is back to limited practice and will likely act as top backup across the outside of the line. Rivera indicated that Daley may have gotten the start against the Falcons and Little may have had a week to acclimate himself to the game after being in the concussion protocol for the better part of six weeks, but Daley’s groin injury kept him inactive and that forced Little into the starting lineup perhaps earlier than the team wanted him in there.

Ross Cockrell, who missed last week’s game, did not participate and appears to slowly be working his way back to health. Chris Hogan, who has been on injured reserve since after Week 4 with a left knee injury, was working on the side as well and is progressing – he was doing some running, sprinting and light change of direction drills during practice.