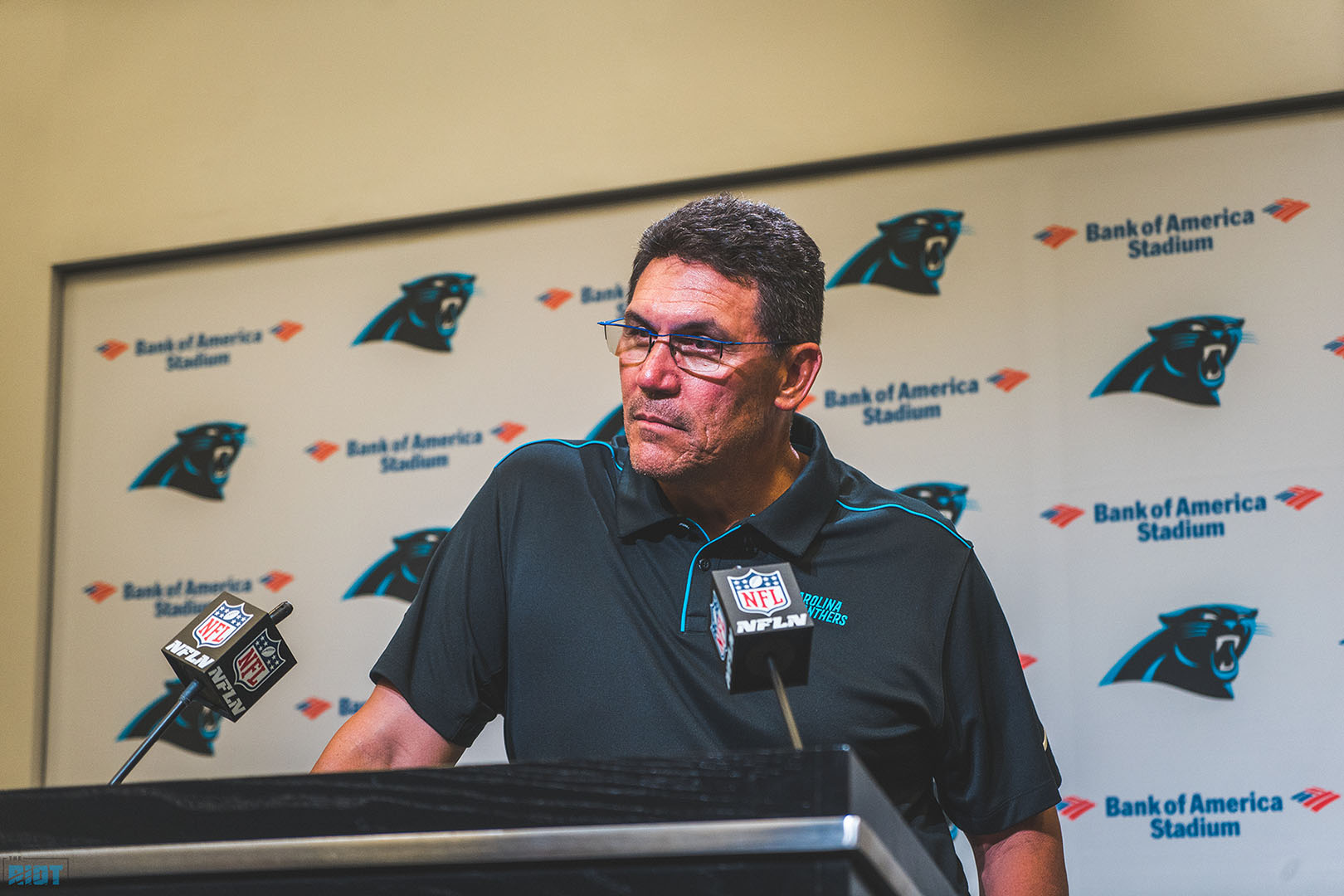 Ron Rivera is apparently sick of answering questions about Cam Newton and whether he’ll be ready on Sunday.

After the Panthers franchise quarterback missed practice for the third day in a row, Ron Rivera cut short his press conference after only three minutes – seven questions were asked, five of them about Cam Newton’s health – because Rivera wasn’t having it.

Here is the full transcription of the press conference:

Ron, are you ready to announce your starter?

Nope. Cam was in meetings today, he was inside for treatment – Kyle’s preparing as if he’s going to start and we’ll have more clarity tomorrow as we continue to move forward.

Was it good to have Greg Olsen out there for a full practice?

Always. It’s always good to have Greg out there – he’s an integral part of what we do and when he’s healthy, running around and doing the things that we ask of him, it helps the whole football team. It really does – he’s always been an integral part of what we’ve done here for the past nine years. I think it’s important. I think he’s always been the kind of guy that gives the quarterback some good options and so knowing that he’s ready to roll is pretty exciting.

After a handful of Cam Newton questions, Ron Rivera asked to talk about Arizona – the very next question was about Cam.

The presser then ended with Rivera walking out.

How helpful is it to have Greg Olsen & Christian McCaffrey, if Cam can’t go, for a young quarterback?

Do you think Cam will travel in either event or will that be decided tomorrow?

Well, you guys want to sit there and watch, so you’ll have to wait and see. I’m not going to talk about it anymore, guys. Let’s talk about Arizona. I haven’t really talked about Arizona so it’d be good to answer those kind of questions.

I know it’s about Cam, but we won’t know anymore until tomorrow, so let’s just talk about Arizona. If not, there’s no reason for me to stand here.

You felt before the opener that you were 100% confident he would be ready to go, where is your confidence level now?

I just asked you to ask me questions about somebody else – I’m not going to do this anymore. I told you I won’t know anything until tomorrow. Thank you — golly.