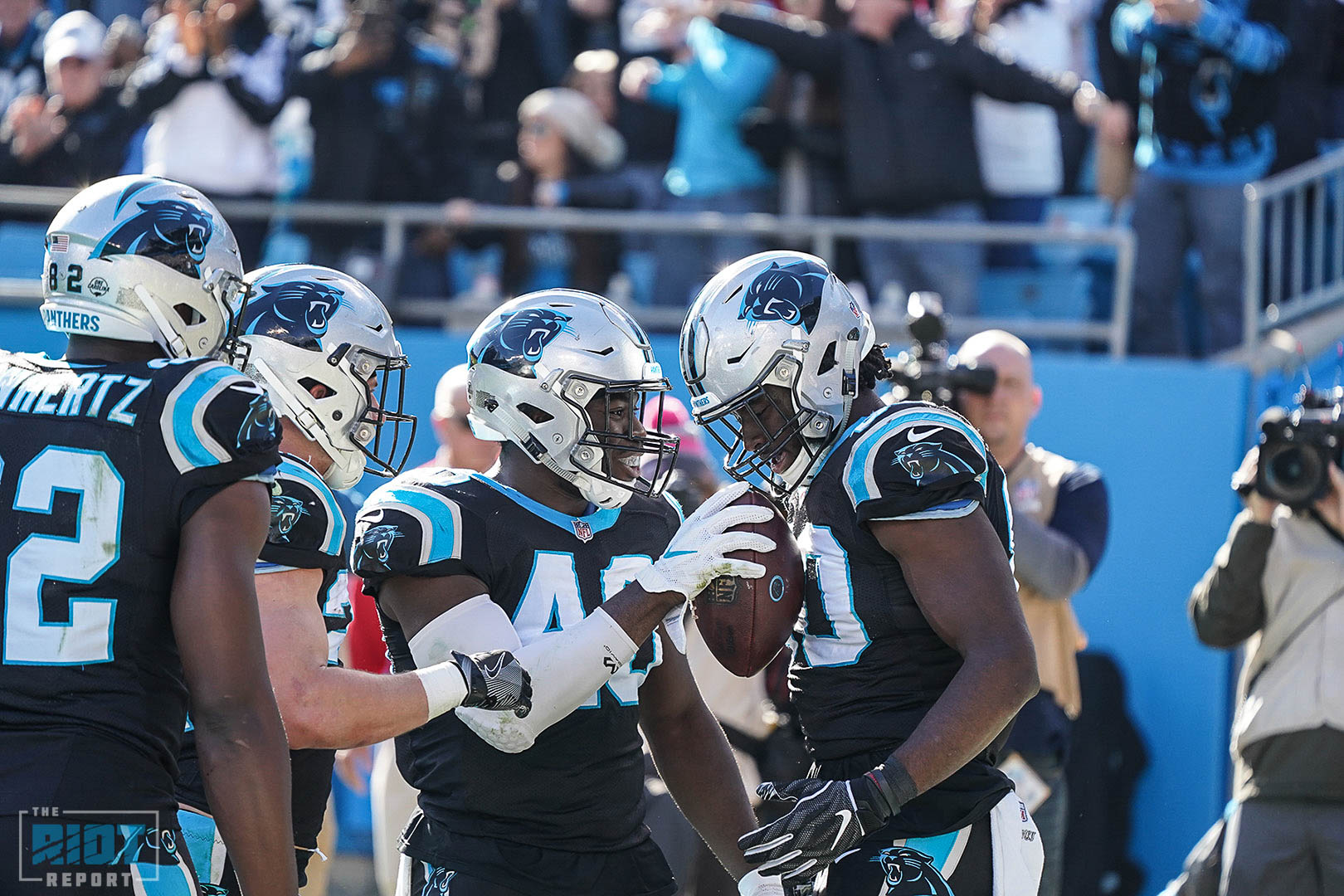 For much of the past decade, the Panthers’ tight end group could best be summarized as Greg Olsen and some other guys.

While Ed Dickson would periodically be rolled out as part of a two-TE formation, Greg Olsen never left the field for more than a couple of plays and the #2 TE role was usually that of a specialist blocker who would occasionally catch the odd pass. However, with Greg Olsen’s recent injury history, it would be hard to be quite so certain of that hierarchy going into 2019, with Chris Manhertz seeing an increased role with Olsen out and Ian Thomas expected to share snaps with Olsen in a way not truly seen in Carolina since the days of Jeremy Shockey.

With that in mind, and given that 2018 gave us a view of both the Olsen and non-Olsen offenses, what can we learn from 2018 about how the Panthers might use their various tight ends in 2019?

In order to get a sample of what the Panthers’ offense was like both with and without Olsen – and how that dynamic changed throughout the season – this article will focus on three games from the 2018 season in particular: Week 5 against the Giants without Olsen, Week 9 with Olsen back and Week 14 without Olsen. First, let’s look at how the snaps were split between the other three tight ends on the roster for those three games:

Related:   Words Matter: What Greg Olsen Can Teach Us About Cam Newton

There are several things to note here, the most obvious of which is that all three players saw their snap counts drop significantly with Olsen out, and given that even last season coming off an injury he was on the field for almost every snap, this really shouldn’t be hugely surprising. Another thing to note along the same lines is that Thomas saw the greatest decrease in snaps with Olsen back; given that he is a more natural receiver than Manhertz or Armah, this shouldn’t be hugely surprising with Olsen seeing the majority of the receiving-tight-end snaps.

What is interesting as well is how the split between the three players changed between weeks five and 14, with Thomas seeing an increase in snaps by just over 30% and Manhertz and Armah seeing snap decreases of approximately 40% each. Some of this is likely due to the Panthers chasing the game earlier on than against the Giants, but both were close games throughout and the change in snap splits suggests the coaches grew more confident in Thomas as the season went on – unsurprising, given how raw he was entering the NFL – but this is definitely something certainly worth noting going into the 2019 season. 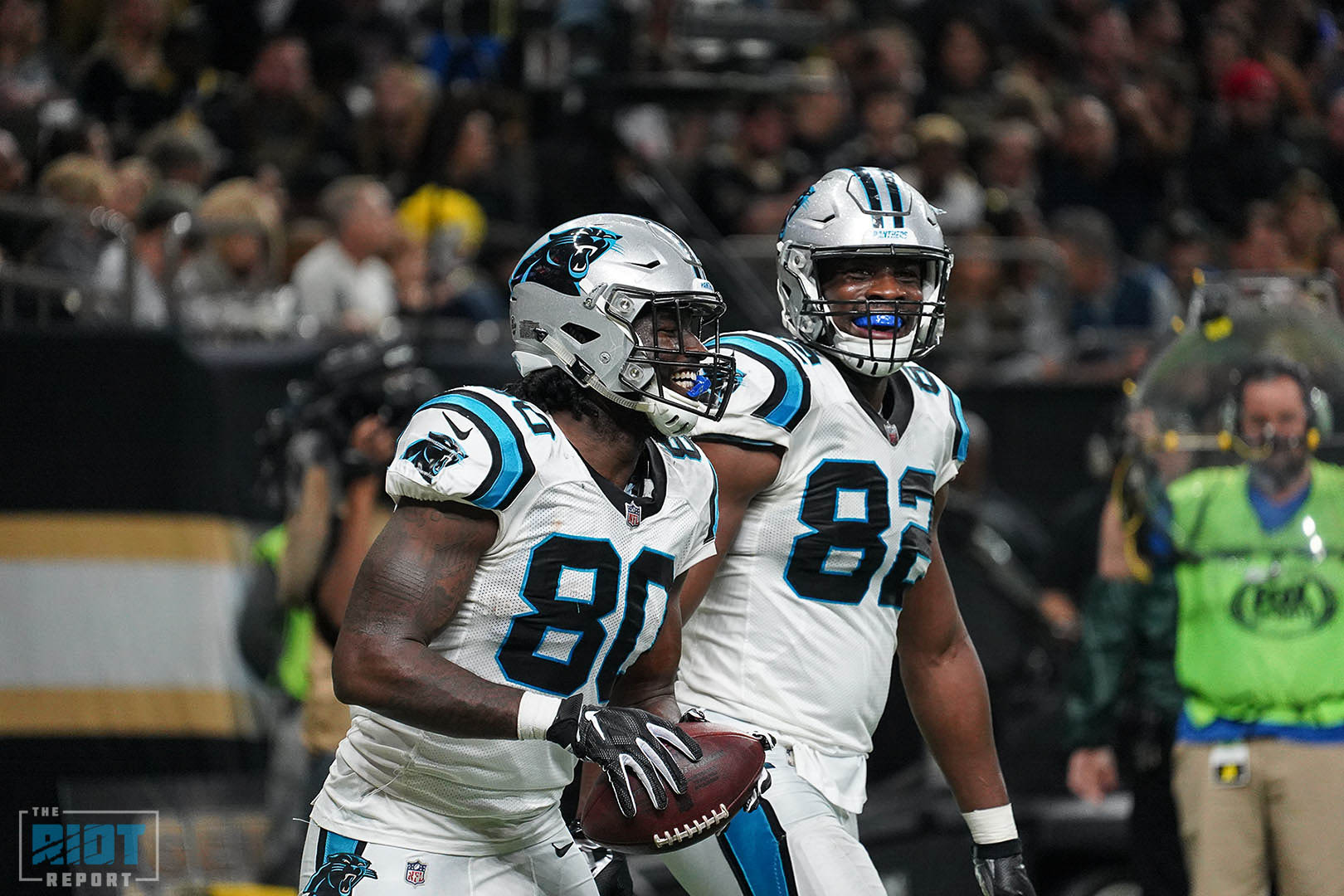 The final thing to note based on these raw snap counts is how limited Armah’s role in the offense was in 2018, even with Olsen out injured. This is something that we’ll come back to briefly later, but given that every roster spot is precious, it is hard to imagine the Panthers are going to be able to continue to find roster spots for both Armah and Manhertz with them combining for 13 snaps in the one game that Olsen played – and only 25 snaps against the Browns even with Olsen out. There is, of course, space for a couple of players to earn a spot based entirely of their special teams play, but it would be foolish to assert that either player is guaranteed a roster spot.

Of course, pure snap counts don’t tell the whole picture, as it’s also worth noting to see how they used their tight end options in tandem, especially when Olsen was out and they looked to run more multiple tight end sets, so how much did the Panthers use their various TE combinations in these games?

As with the raw snap data, what the combination data shows is that while Thomas saw his role almost completely disappear when Olsen returned against the Lions, the Panthers were far happier to stick Thomas out there in Week 14 than they were in Week 5, especially as a solo TE where he saw a increase in snaps of over 60% between the two games.

Of course, there’s a lot more to football than just being out on the field, and the logical next step is to examine what the Panthers did out of these different formations, and in what situations they used them.

Up Next: Three TE Formations and How They Were Used