Film Room: How Troy Pride Can Improve His Game And Start For The Panthers 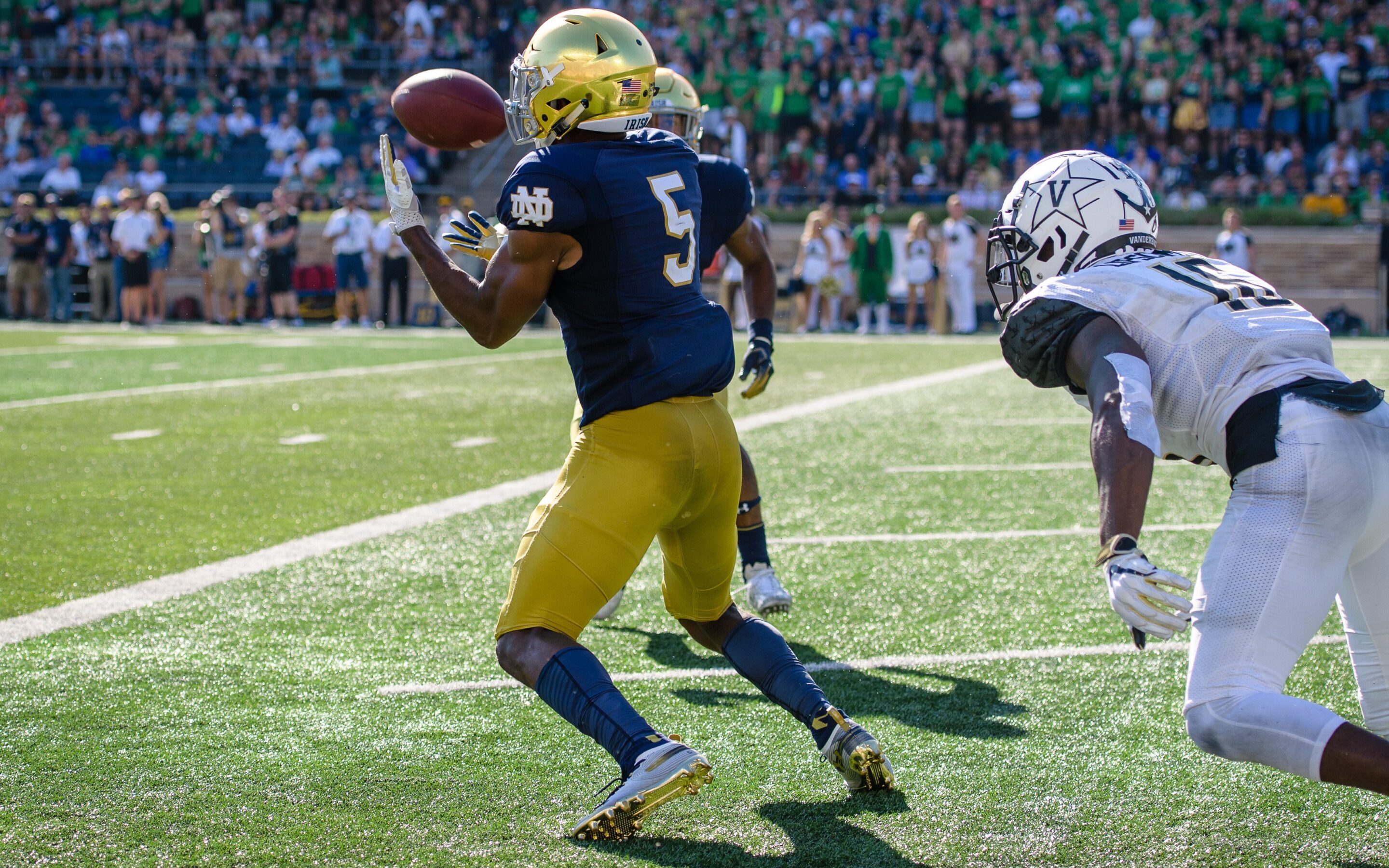 While corners obviously aren’t drafted for their run defense, this is also worth taking a brief look at; if nothing else, being able to hold his own in this regard could go some of the way to determining the timescale for him seeing the field. At the moment, or at least as a college player, he did struggle to work off blocks at times, as while he tended to locate his hands OK, he struggled to turn that into an effective release:

And while he got better in this regard in 2019, if you go back and look at some of his 2018 tape, it is certainly fair to say that he didn’t try and seek out contact:

As a tackler, he actually does a pretty good job of going low and wrapping up:

But he does need to be more consistent in how he sets his feet, as he did sometimes lean in, making him susceptible to late changes in direction or speed:

Pride is not a great run defender, and ultimately this is not the reason why the Panthers drafted him, but he will need to get better in this regard if he is not going to be a target for opposing rushing attacks.

As already mentioned, Pride is something of a project, and while I think this is maybe a little higher than I would have felt comfortable taking such a project, the Panthers did need to add corners, particularly ones with developmental upside, and while the drafting of Pride probably won’t preclude them from going out and signing a veteran to offer them a short-term option if Pride isn’t ready for Week 1, he will certainly have a chance to earn a starting role down the line – and has the talent to merit this, if he can continue to develop.

Matt Rhule: “I never look at the word “developmental” in a bad way. It doesn’t mean that they are rudimentary or they are behind. I look at it like guys are at different phases of their ability level. We are getting guys who have performed at a high, high level on big stages, but these guys’ traits and athletic abilities are really second‐to‐none at their positions.”