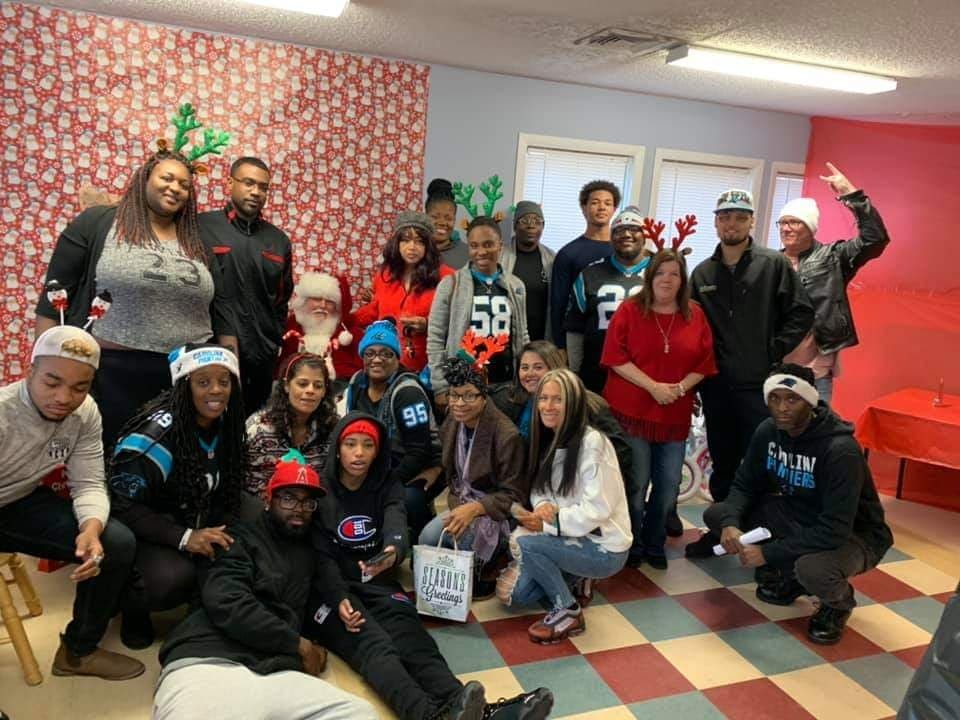 Each year, around the holiday season, the Thomas Davis Defending Dreams Foundation chooses a neighborhood in upstate South Carolina to donate toys, household items and other things necessary, bringing joy not only to one family, but many at the same time – and for the past few iterations of the event, the Upstate Riot has been there to help.

That’s because the Roaring Riot isn’t just there to provide a haven for Panthers fans to celebrate their favorite team, it’s about creating a community that centers around the love of not only the Carolina Panthers, but each other.

No one knows that more than president of the Upstate Riot, ReShay Drummond.

“When I started the chapter, there were people that were adamant about us giving back and doing for people,” said Drummond this week. “So [this] was born of that, not only that, but the Roaring Riot is about that – period. That’s what the Riot is about, is helping out. And that’s what a bunch of our team’s players are about, too. It’s just – that’s what the Carolina Panthers are about. 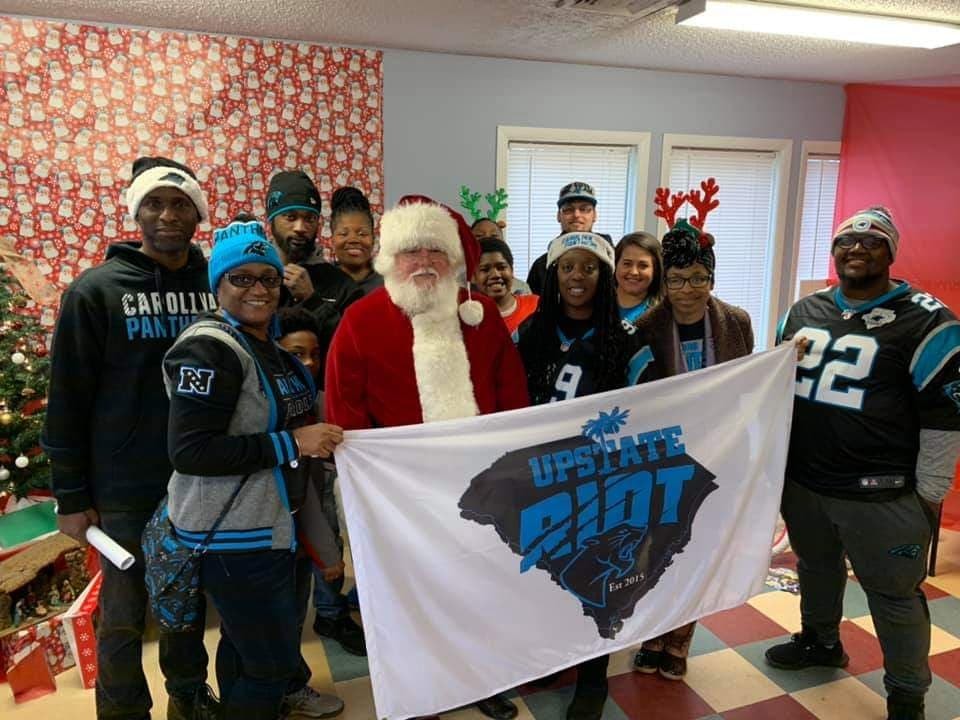 This year, the Defending Dreams Foundation donated toys and items to the Greenville Arms Apartments in Berea, South Carolina and the Upstate Riot were able to give some additional donations to a specific family, the Armstrongs, whom the Riot chapter have chosen to adopt for the entire year – to help provide them with items necessary not just in the holiday season, when the less fortunate are in people’s thoughts, but well into the new year.

“We’re gonna help them throughout the year, we’re gonna give them like they’re lacking and being able to do toiletries and stuff like that, said Drummond. “We’re going to help with stuff around the house. We’re going to try to connect the dad to somebody that could possibly help him with a car; we’re just going to do stuff that they need.”

Donna Armstrong has required 24-hour care for the past seven years after a rare brain condition called Chiara along with hyrdocephalus sent her into a coma in 2012 – that care is provided for her and her two sons Nathan, 12, and Chance Henry, 9, by Armstrong’s best friend Darvin Fleming; in 2016, the Armstrong’s house caught on fire.

Fleming carried all three of them out himself.

“Just so happens that my son’s Dad and my best friend Darvin Fleming believed in keeping a promise, one he made to our boys, to bring, me, their mom, home,” said Armstrong in a letter sent to the Upstate Riot. “He’s been my best friend, my cook, housekeeper, dad & mother to our boys – better than any dad I’ve ever seen. All without pay.”

“I am amazed, honored, & humbled by the fact that Mr. Thomas Davis & his Defending Dreams Foundation, along with the Upstate Roaring Riot have chosen my family to sponsor this Christmas.”

Included in the donations were Marvel toys – for sixth-grade honor student Nathan, tablets for the boys to do their schoolwork on as well as tickets to this Sunday’s final Panthers home game – they were also given $500 cash.

Armstrong, who in her four-page letter asked only for donations to her children and for Fleming rather than herself, gave $100 back to the Greenville Arms to buy more items for children in the community.

As they distributed the donations, Drummond stepped into the hallway to cry – she wasn’t the only one.

“It was really hard for me. It was hard for me knowing that we just did a tiny bit and it was extremely appreciated,” said Drummond. “It just moved everybody to tears. Everybody was moved to tears.”

“That’s why I love and I stay attached to the Riot, because it’s about helping people.”