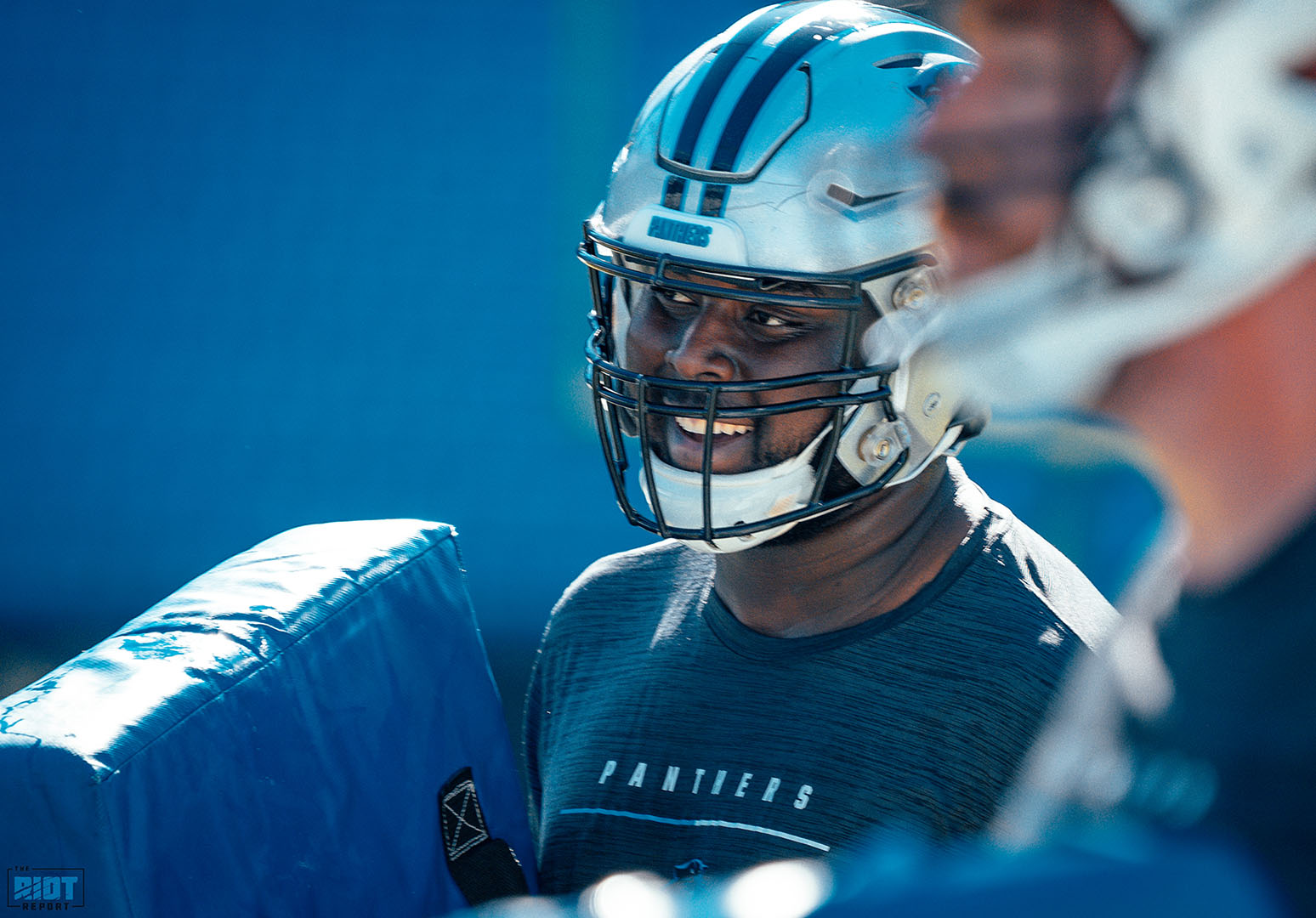 It’s a bit of a good news/bad news situation along the offensive line for the Carolina Panthers currently.

Greg Little returned to practice, albeit in a limited capacity, as he took some reps at left tackle – one of the final stages in the concussion protocol – as he battles his way back from a concussion that has had him sidelined since Week 4. But at the same time, rookie Dennis Daley, who has played most snaps at left tackle in Little’s stead, missed practice with the same groin injury that sidelined him in the second half of the Panthers’ 24-16 loss in Green Bay.

“We’ll see how he is tomorrow and we’ll see what the next step is in the process,” said Rivera about Little’s progress through the protocol.

The Panthers used multiple cornerbacks with James Bradberry – who said after practice that he felt good – out last week against the Packers and Donte Jackson and Ross Cockrell, both of whom worked on the side with trainers Wednesday, missing snaps. Against the Falcons’ high-powered passing game this weekend, it will be important to be at full strength in the secondary, particularly Bradberry, who will be tasked with containing Julio Jones.

“He does everything well,” Bradberry said in the locker room after practice. “He can run fast, he’s explosive, runs good routes, big, physical guy.”

Christian McCaffrey was listed again on the injury report with a foot injury after sitting out last Wednesday with a knee injury but playing a full load on Sunday – Rivera indicated that the days off are simply for rest instead of a specific injury.

Related:   DJ Moore on Will Grier - "They Say He's a Gunslinger, So I'm Looking Forward to It."

“Pretty much it’s just traveling down the leg,” joked Rivera.