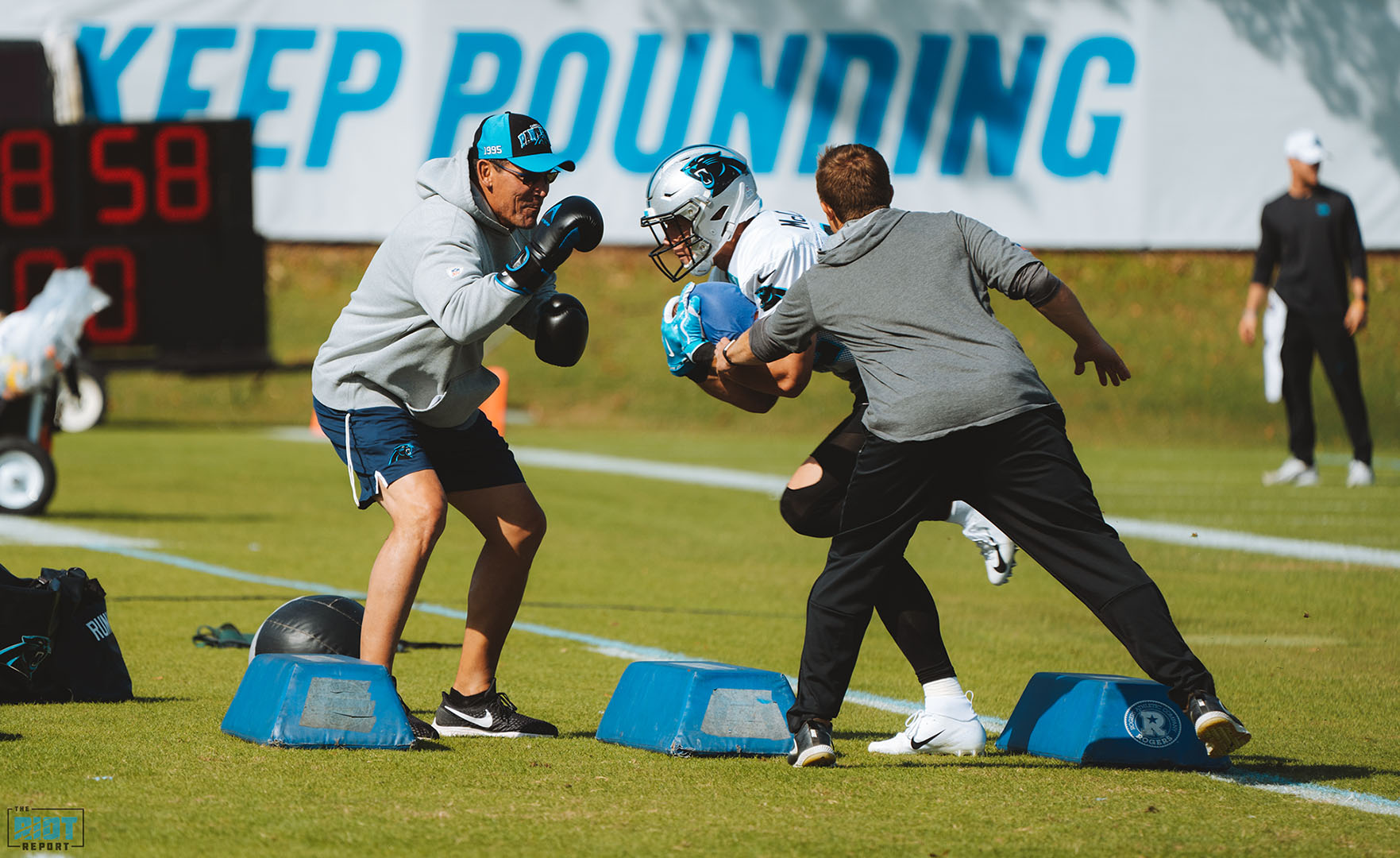 While Ross Cockrell and Gerald McCoy missed practice, there was a name conspicuous by it’s absence on Wednesday’s injury report as Christian McCaffrey was a full participant in practice to begin the week for only the second time since Week 4.

The Panthers cornerstone running back told coaches before practice that he wanted to practice today as opposed to having a day off on Wednesday, which is ‘the new normal’ for McCaffrey as he has played a huge percentage of the snaps this season and has accounted for almost 40% of the team’s yardage. Participating in practice even though he could have taken the day off is the third-year back’s form of leadership – leading by example.

“Guys see guys that are doing the things that he does, they earn the right and the respect of their teammates,” said Ron Rivera. ” That’s big, that’s huge.”

After missing the entirety of practice as well as Week 11, rookie tackle Dennis Daley returned to practice in a limited fashion while starter Greg Little was a full participant – also working on the side with trainers was wide receiver Chris Hogan, who has been on injured reserve with a left knee injury since after the Panthers’ Week 4 win at Houston.

Managing Editor at The Riot Report
Josh Klein is Managing Editor of The Riot Report. His favorite Panther of all time is Chad Cota and he once AIM chatted with Kevin Greene. Follow Josh on Twitter @joshkleinrules.
Related:   Matt Rhule Weighs In On Protests, Leadership And The Problems That Plague America