Why The Panthers Drafting Will Grier Makes Sense 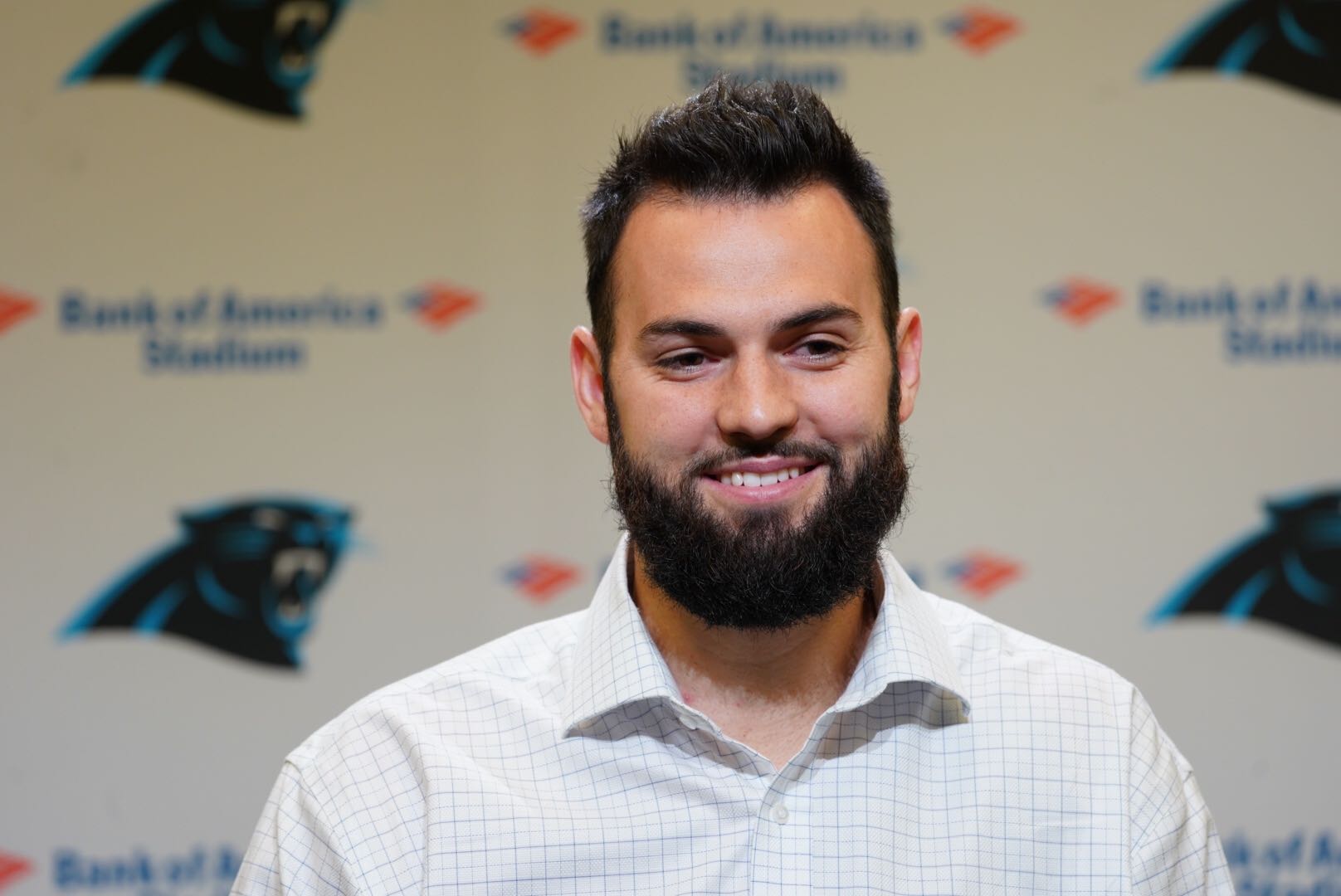 This just in: Cam Newton is not in any danger of losing his starting job to 2019 third-round pick Will Grier.

Although most Panther fans know Newton is the team’s franchise quarterback, there has been a segment of people – mostly a loud minority on social media and sports talk radio – that believe Grier could become the new signal caller in Charlotte. The Panthers drafted Grier for a reason, but that reason isn’t to start next season – or so the team hopes.

After Newton was shut down because of a shoulder injury last year, the Panthers had to rely on backups Heinicke and Allen, whose two starts between them in Weeks 16 & 17 are the only starts of their career. The results were anything but stellar, even if the Panthers were impressed by what they saw from both QBs; keep in mind Heinicke and Allen are also coming off injuries themselves. Heinicke was placed on injured reserve after suffering an elbow injury in Week 16 and Allen left the Panthers’ season finale against the Saints with a shoulder injury.

Newton himself is coming off his second shoulder procedure in less than two years. In 2017, Newton underwent surgery on a partially torn rotator cuff in the same shoulder in March of 2017. While he is reportedly feeling better, Newton hasn’t thrown a pass on the field since the Panthers’ Week 15 loss to the Saints – Ron Rivera said last week he hadn’t seen Newton throw yet in offseason workouts.

So there’s still a level of uncertainty regarding Newton’s shoulder as it is too soon to know if he can regain his top form.

On Thursday night at the opening of his cigar bar/restaurant concept, Fellaship, Newton said he was not upset with the Panthers drafting Grier in the third round.

“A lot of people…would think that I feel intimidated,” Newton told reporters. “And that’s not the case here.”

“I reached out to Will, and I actually saw him play in high school (at Davidson Day) with him being in Charlotte – and I’m just excited. It’s my job to put myself and my team in the best situation, and get everybody ready…I want to make sure that I’m [the] best teammate and my best self for everyone.”

Cam Newton reveals his feelings on the @Panthers drafting QB Will Grier in the 3rd round …@FOX46News @FOX5Atlanta pic.twitter.com/kXOV7Py4X5

Carolina could do a lot worse than having Grier as their backup quarterback in case Newton isn’t ready or suffers an injury. In 2018 for the West Virginia Mountaineers, Grier passed for 3,864 yards and 37 touchdowns against eight interceptions. The year before that, all Grier did was throw for 3,490 yards, 34 touchdowns, and 12 interceptions – the Panthers reportedly had Grier as their third-ranked quarterback in last week’s draft.

It doesn’t hurt that Grier grew up outside of Charlotte in Davidson, N.C. as the Parade All-American Player of the Year and a former Mr. Football USA; he was actually watching the draft nearby in the area when the team selected him last week.

Grier does come with his flaws like every other prospect that entered the NFL Draft, especially those selected in the third round. His average arm and questionable awareness is part of the reason Grier was available at pick #100 of the draft. But if the Panthers can develop him, Grier could turn out to become solid pick and someone’s quarterback of the future, either here in Carolina or elsewhere.

There were some eyebrows raised when Grier was chosen in the third round as the Panthers had more pressing needs. However, quarterback is the most important position in sports, and the Panthers needed to solidify their backup role just in case Newton isn’t ready for training camp, the preseason or beyond.

Newton will be 30 on May 11 and he has just two more years left on his contract, so Grier provides insurance if there’s an injury that occurs or if the shoulder continues to give Newton trouble. Even if Grier doesn’t start for Newton, they could develop him and eventually flip him for a draft pick or a player who could help the team down the line – much like the Patriots did with both Jacoby Brissett and Jimmy Garoppolo.

That’s why it makes a lot of sense.