Why The Panthers Kept UDFA Jordan Kunaszyk On The Roster 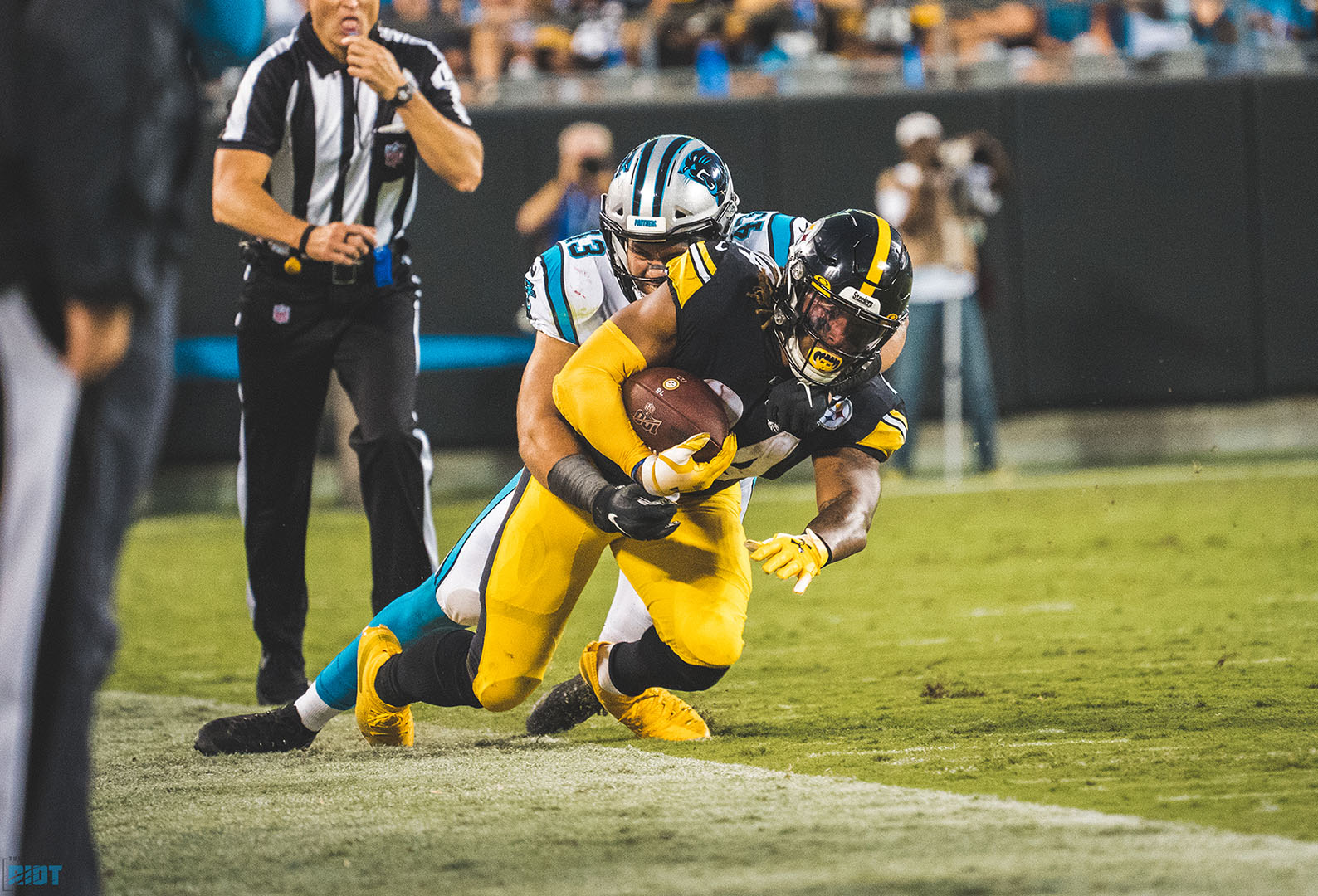 Over the weekend, there were many players around the NFL nervous that they could potentially be released. For some, the Saturday before the season officially begins is the scariest day of the year – especially for those on the bubble.

Undrafted free agent Jordan Kunaszyk was one of those players, but after leading the team in tackles during the preseason and impressing coaches during practice, he will have his opportunity to play for the Panthers moving forward. The 6-3, 236 pound linebacker was among the players named to the Panthers 53-man roster on Saturday, despite going undrafted after his senior season at the University of California. He found out the good news early Saturday morning when general manager Marty Hurney and head coach Ron Rivera told him in person.

Yes, he made the team – but Kunaszyk knows his hard work is just beginning.

Kunaszyk was one of the most productive linebackers in the nation in 2018 as he registered 143 tackles, 10 tackles for loss, four sacks and an interception in 13 games. During his three seasons in Berkeley, Kunaszyk compiled 264 combined tackles, 17 tackles for loss, 7.5 sacks, four interceptions, three pass deflections, and a pair of forced fumbles. Not only was Kunaszyk not among the 254 players selected during the 2019 NFL Draft – he wasn’t even invited to the NFL Scouting Combine.

But he believes that the long path he took that led him to the Panthers – heading to junior college because he had no scholarship offers coming out of high school, working his way into the lineup at Cal, going undrafted and then fighting his way onto the roster – happened for a reason.

“At the end of the day, I can control what I can control,” Kunaszyk said. “Of course I was disappointed – I felt like the body of work I did in college, with how productive I was being a team captain, I felt like I checked all the boxes from a character standpoint as well. I felt like my body of work should have gotten me drafted. But at the end of the day, I’m grateful that I had the opportunity to come to Carolina. Had I gotten drafted somewhere else, maybe it wouldn’t have turned out as good.”

“I know God doesn’t make mistakes, so it’s part of my journey. My journey has always been this way. I went to junior college out of high school, I didn’t have any offers coming out of high school. I came to Cal and started at the bottom and worked my way to the top. So those two experiences I’ve already endured put me in a position [that] when I got here, it was no different.”

“I trust my work ethic and the work that I put in, and I put myself in the position to make the team.”

During the preseason, Kunaszyk recorded 18 tackles and a sack. In the preseason finale against the Steelers, Kunaszyk had five tackles, including an interception on a pass thrown by Devin Hodges.

“He had a terrific preseason and training camp,” said Panthers GM Marty Hurney. “He made plays. He’s a guy who studies all the time; he’s just going to get better and better. We just felt like we had a young linebacker who really has the skill set, has our DNA, has the approach down and we just didn’t want to risk putting him out there. I think he would have been a guy teams would have found attractive. He’s just going to get better and better, and he gives us good depth. He’s going to get better at special teams. That was one of those decisions we went back and forth with, and I think at the end of the day we made the right one.”

Even some of the Panthers veterans have noticed Kunaszyk’s hard-working attitude during training camp and the preseason – especially on special teams, where young players can earn more reps on defense and even build a role for themselves.

“He is really physical, he plays hard and I think he can be a really good special teams player and also defensive guy, too – because he’s smart, he’s always where he is supposed to be and he is detail-oriented,” Panthers special teams ace Colin Jones said. “So I’m excited to get to work with Jordan this year and play with him going forward.”

Although Kunaszyk probably won’t play a lot of snaps at linebacker, the Panthers are hoping he can provide them a lift on their special teams unit. In the meantime, he will continue to develop while Kunaszyk watches film to improve his game by watching Luke Kuechly and Shaq Thompson everyday – there are certainly worse linebackers to learn how to watch film from.

“When you come into a room that has a lot of players, you just have to try as learn as much as you can and take the mental reps,” Kunaszyk said. “I have two of the best linebackers as teammates, so I get to watch what they do every single day in practice and what they do in the games. I just watch film and take the mental reps so when I do go out there, so I can execute my responsibilities at the highest level possible and maximize the opportunities that I do get.”