Will Grier Fights Through ‘Failures’ In His First Start 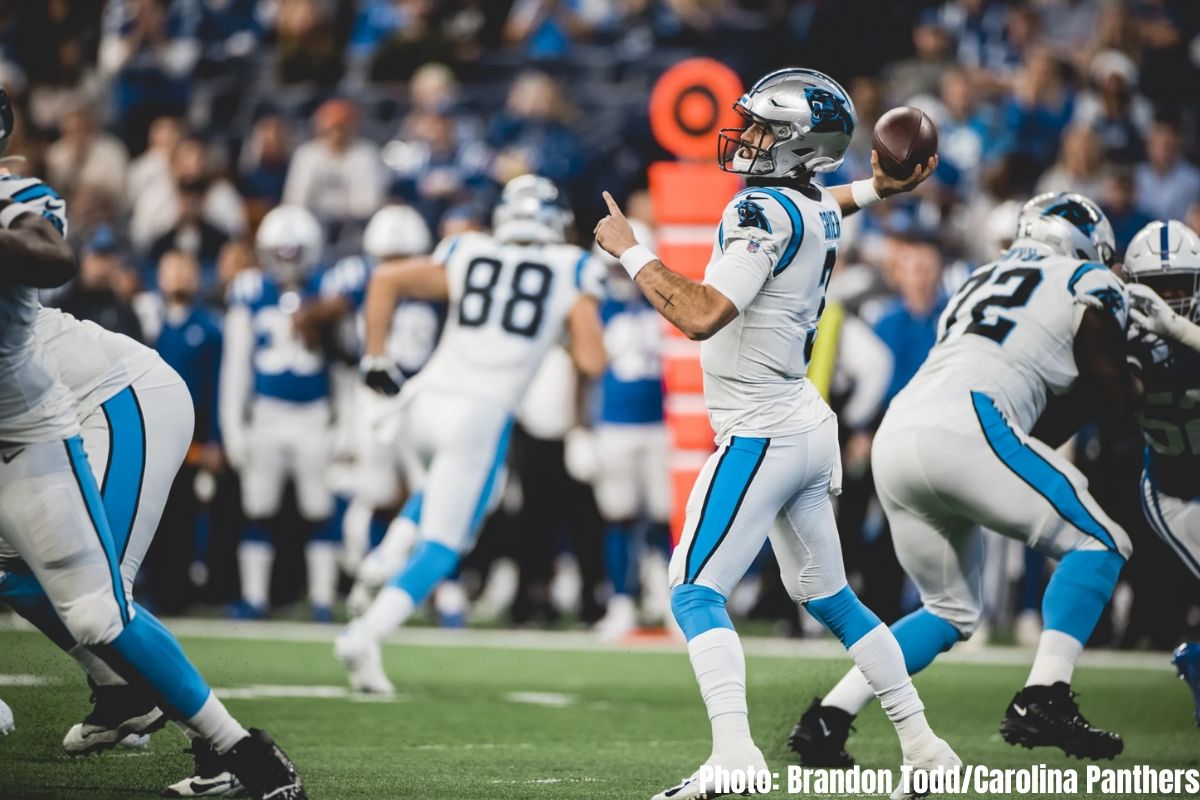 As the Carolina Panthers’ season is winding down, the team’s focus is looking forward to the future.

Unfortunate circumstances at the quarterback position this season – Cam Newton being injured and Kyle Allen’s performance being inconsistent, to put it mildly, allowed – or forced, depending on how you want to look at it – Charlotte’s native son and Panthers’ third-round pick Will Grier’s number to be called to play against the Indianapolis Colts.

The Panthers were blasted 38-6 at Lucas Oil Stadium and Grier’s debut appearance started off shaky – the rookie’s first two drives both ended with three-and-outs, but at times, he showed glimpses of what could be. There’s something to be said for that, but nevertheless, his debut was what one would expect for a rookie who hasn’t played since the preseason.

“I fought, I fought every play,” Grier said postgame. “There are some things I probably left out there, but a lot of it is, we played from behind and we hurt ourselves in key situations.”

The Panthers were never competitive against the Colts after falling down 14-0 in the first quarter – however, this was a time for the rookie to show growth. Grier finished the game completing 27 of his 44 passing attempts on 224 yards. In addition, he threw three interceptions and was sacked five times. Regardless of the statistics, Grier says getting this experience was a teachable moment for him.

“There’s a lot things, I can take from [this game] and build on,” Grier said. “I think there’s some positives, [but] we have to finish in the red zone. There are so many things that we have to do better. At the end of the day, I’m going to keep fighting. I’m going to come back to work tomorrow and keep fighting.”

To say this season for the Panthers has been less than ideal is an understatement. Greg Olsen knows this better than anybody and the tight end was very vocal about the current state of the team and supported the rookie quarterback and applauded his grit – despite the adversities and what the final score shows.

“He was thrown into an impossible situation,” Olsen said. “Two games left in a season where there’s been countless issues, to throw him out there, and play incompetent football around him, it’s impossible to get any sort of judgement based on his performance today. I think it was failures all around him and failures leading up to it.”

Olsen continued to say that he hopes no one passes judgement on the former Mountaineer.

The Panthers struggled to find the end zone against the Colts and easily gave up many touchdowns, putting Grier in a bad spot to be successful – but the rookie did engineer three drives into the Colts’ red zone, turning the ball over on downs on two of them. Through it all, interim head coach Perry Fewell said there were the expected up and downs of any rookie QB, but he liked what he saw overall, despite the glaring number in the turnover column.

“Statistically, I know he had three interceptions,” Fewell said. “I thought he made some great decisions early in the ball game. I like how he used his feet in the ball game. But I’ll have to really look at the tape and assess.”

Fewell would not confirm if Grier will be the starter against the New Orleans Saints, although that’s likely to be the case. One thing is for sure, regardless of what is happening around the rookie quarterback, he vows to come in a fight and play every game like it’s his last.

He’s already gotten the first one out of the way.