Will Grier is Just Focused On Helping The Panthers Win 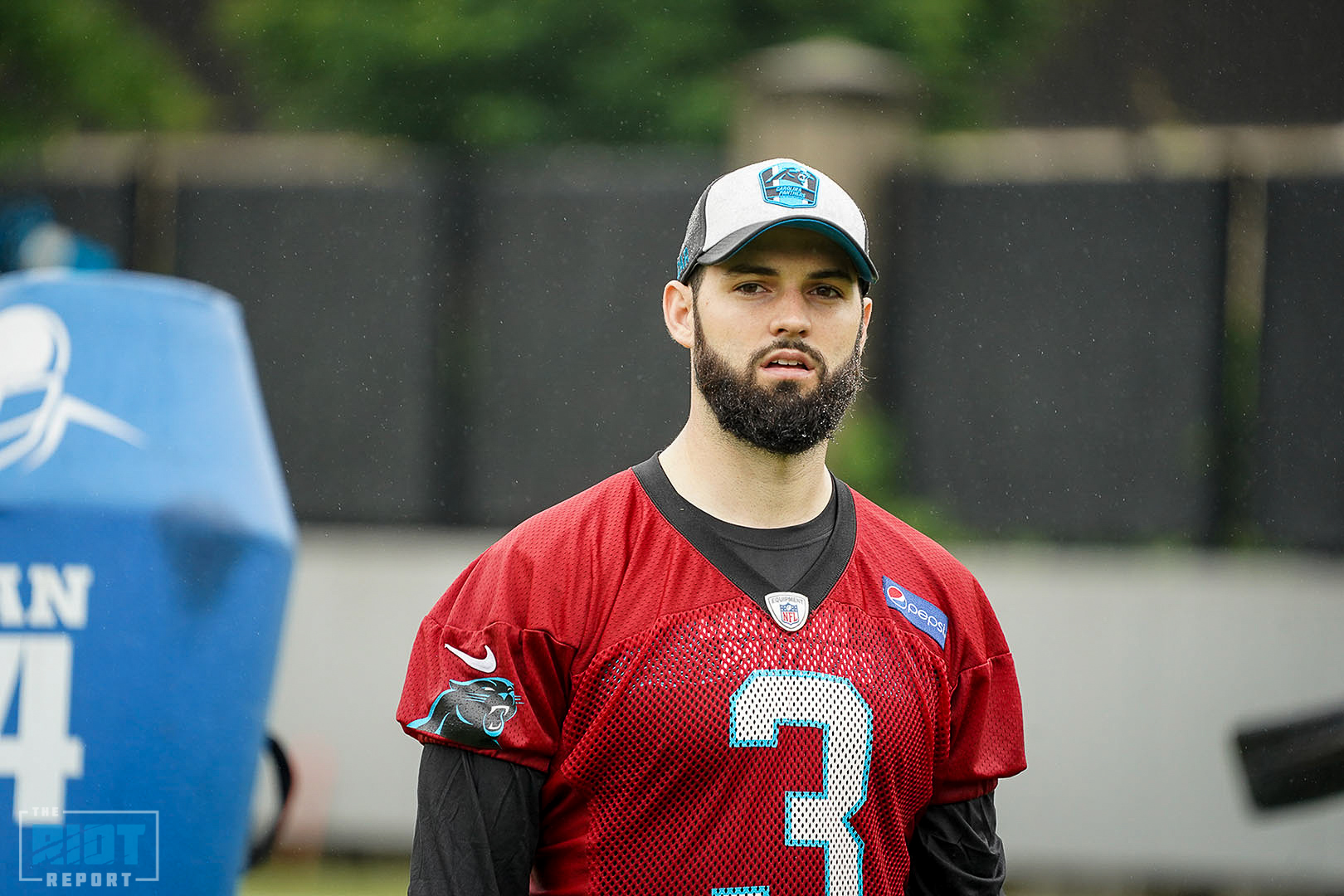 Friday was the first day of Carolina Panthers’ rookie minicamp and with Cam Newton not expected to participate in the team’s offseason program, even though he says he hopes to, as he rehabs his shoulder, all eyes will be on Panthers third-round pick Will Grier.

Throughout the spring, Grier will be competing with both Kyle Allen and Taylor Heinicke, who were on the Panthers roster last year, for snaps. When speaking to reporters on Friday after the Panthers’ first minicamp session, Grier said it was great to be on a football field again.

“Really enjoyed being out here playing football again,” Grier said. “Feel like it has been a while, so it was nice to play some ball again.”

Last month, the Panthers raised eyebrows by selecting Grier, which was the first quarterback the team had draft since Newton back in 2011. While some incorrectly thought Grier was a possible threat to replace Newton as the Panthers starting quarterback, quickly after the selection was made Panthers head coach Ron Rivera and Marty Hurney made clear that Newton’s starting job was not in question as they chose Grier – they needed more depth at their backup quarterback position.

After Newton sat out the final two games of the 2018 season, Heinicke started in Week 16 before suffering an elbow injury and Allen started in Week 17 as the Panthers defeated the Saints 33-14 as he threw for 228 yards and two touchdowns. 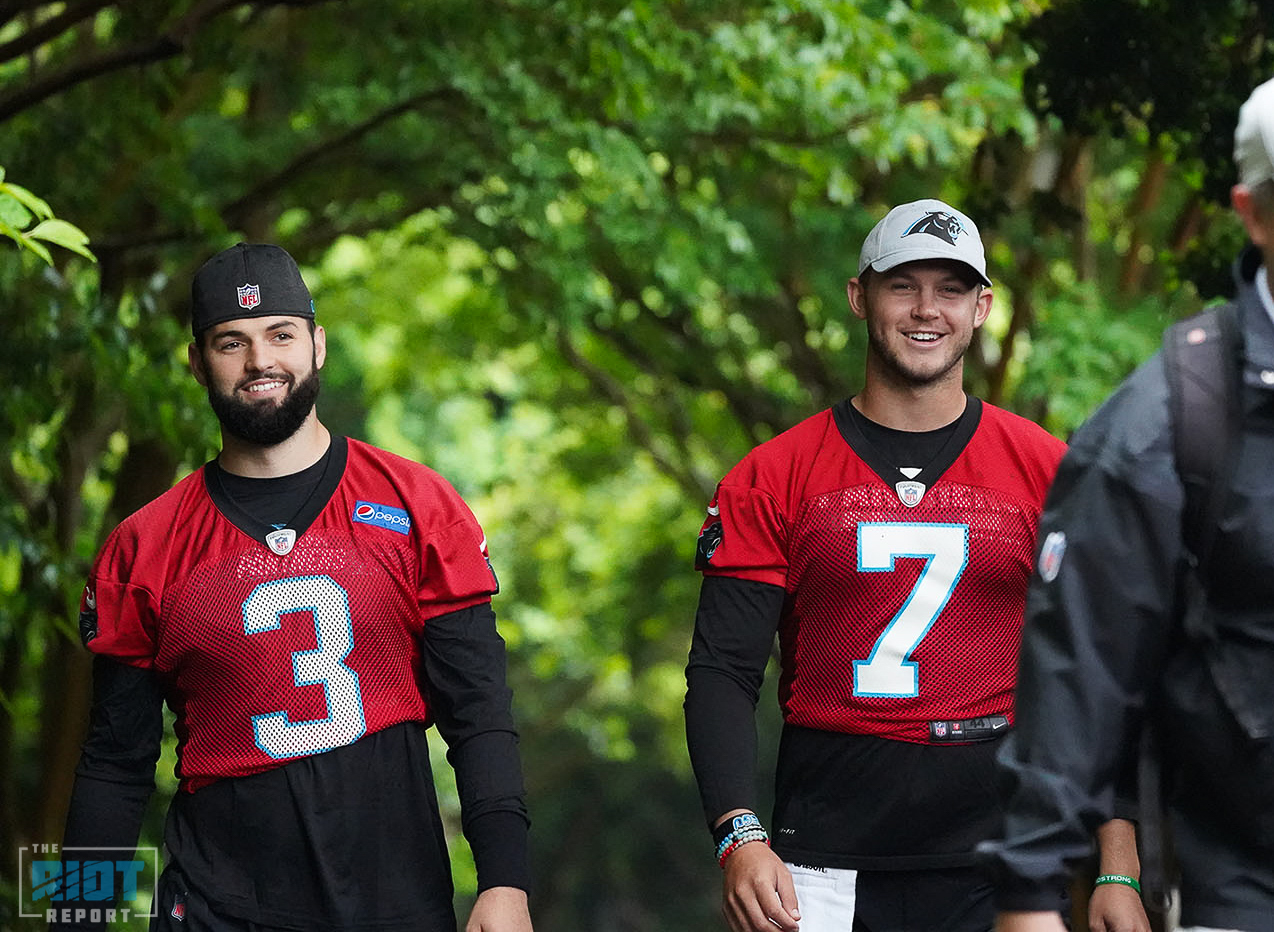 On Friday, Grier and Allen, who was available to attend the rookie mini-camp because he did not have a year of NFL tenure under his belt – even though he started Week 17, he wasn’t on the roster for six games – split reps. Although Allen isn’t a rookie, he is one of 10 non-rookies to participate in the team’s two-day rookie camp.

Both quarterbacks looked a bit rusty as they competed in 9-on-9 drills in the second session, but there were moments when both showed the zip on their throws that had them on the roster in the first place.

Before Friday’s minicamp, Grier was on the Panthers practice field once before; it was during the summer of 2012 when he was the quarterback at Davidson Day School on a 7-on-7 team. As he is a new face at camp, Grier said he has an idea what he wants to show coaches this weekend.

“That I work hard, and I can be coachable. I think that’s important. Just fit into the system and do whatever it takes to help the Panthers win,” said Grier.

“It was kind of neat watching Norv coach him up a little bit, so I think Will’s going to fit into what we do really well,” Rivera said.

With Grier, Newton, Allen, and Heinicke, the Panthers have a crowded quarterback room. But Grier said he is hoping to get to know his teammates this weekend.

“I’m really excited, excited to work with everybody and just get to know the team and earn their respect,” Grier said. This is an incredible opportunity, and I’m so happy to be here.”

Grier is a newbie, but he’ll get a lot of opportunities to show coaches and players what he can do as he isn’t concerned on what his role will be as of yet

“I think a lot of it is I’m focused on winning football games for the Panthers,” Grier said. “That has to be a priority and be first, so that’s how I handle it.”

“I will do whatever it takes to help the Panthers win.”