Will The Real Joe Brady Please Stand Up 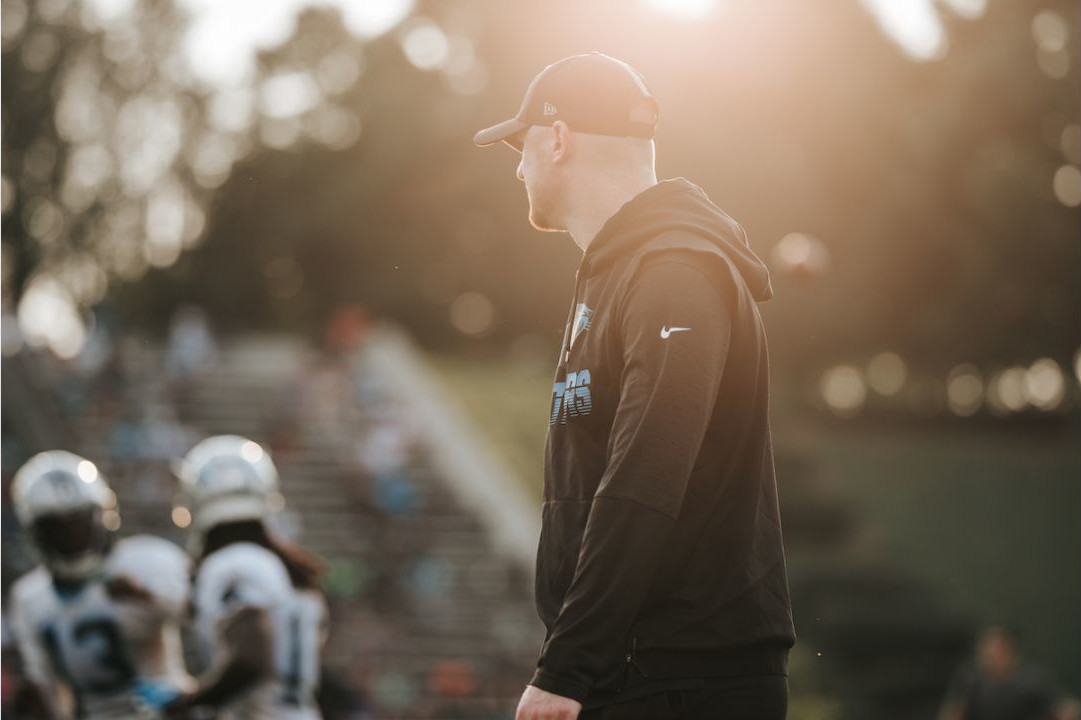 When Terrace Marshall Jr. was asked how much similarity between the current Panthers’ offense and the offense that Joe Brady ran at LSU, his answer wasn’t hugely surprising but was potentially quite telling:

“It’s somewhat similar, they have their differences,” said the Panthers 2021 second-round pick, who has now experienced Brady both at LSU and in the NFL.

Of course, it is understandable that having made the transition from college to the NFL that Brady would look to change his offense, but the offense that the Panthers ran in 2020 was much more the offense of 2017-18 Saints Offensive Assistant Joe Brady than National Championship Winning 2019 LSU Passing Game Coordinator Joe Brady. This also matches with what Matt Rhule has said in the past about viewing the Saints-style quick passing offense to be the basis for consistent winning.

The question is, what is Joe Brady going to do to make the Panthers’ offense his own? 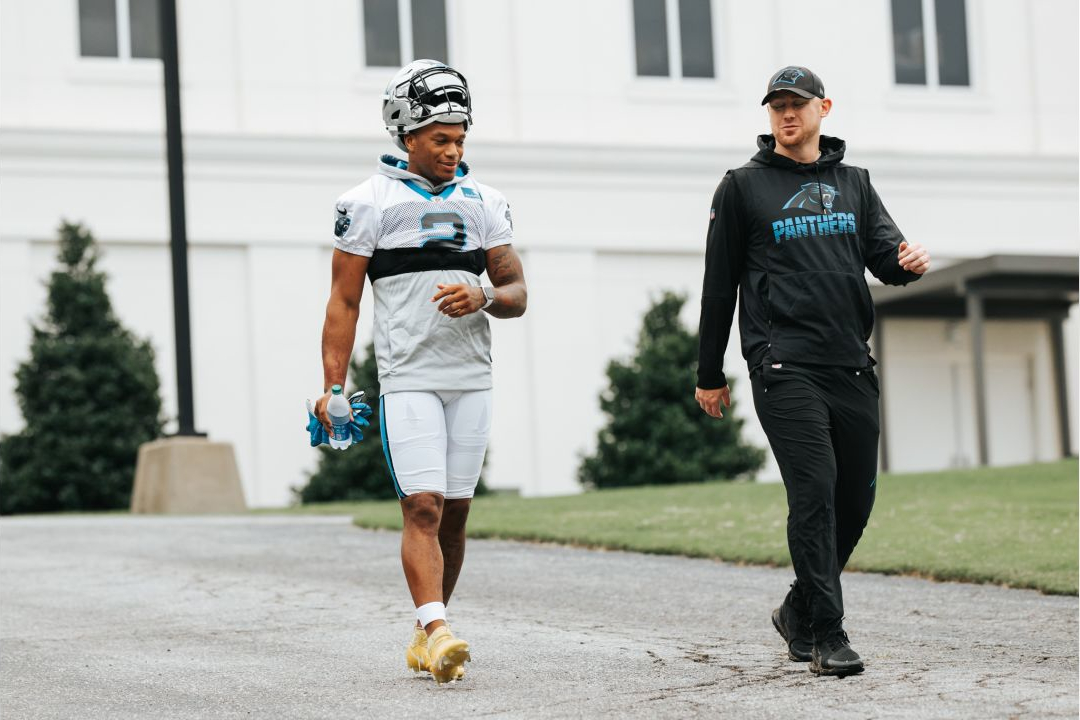 When Joe Brady arrived in Carolina, a lot was said about how he planned to play a lot of four- and five-wide formations, let the offensive line block five-on-five and try and create quick passing options all over the field while also being able to stretch the field vertically, what he did at LSU essentially. When it came to the Panthers practice in front of the cameras at BOA last year, there were plays that looked to have been copied exactly from the LSU offense. Yet for all that talk and those flashes of similarity, that wasn’t what made the field come the regular season.

The Panthers’ TEs played over 1500 combined snaps last year, with the three blocking specialists; Manhertz, Thompson and Armah; playing over 800 of those. By comparison, receivers not named DJ Moore, Robby Anderson and Curtis Samuel played under 300 combined snaps, meaning that the Panthers spent far more time with two receivers on the field than they did with four receivers on the field. So, what on earth could have caused things to have changed so much between Brady being hired and the season itself? 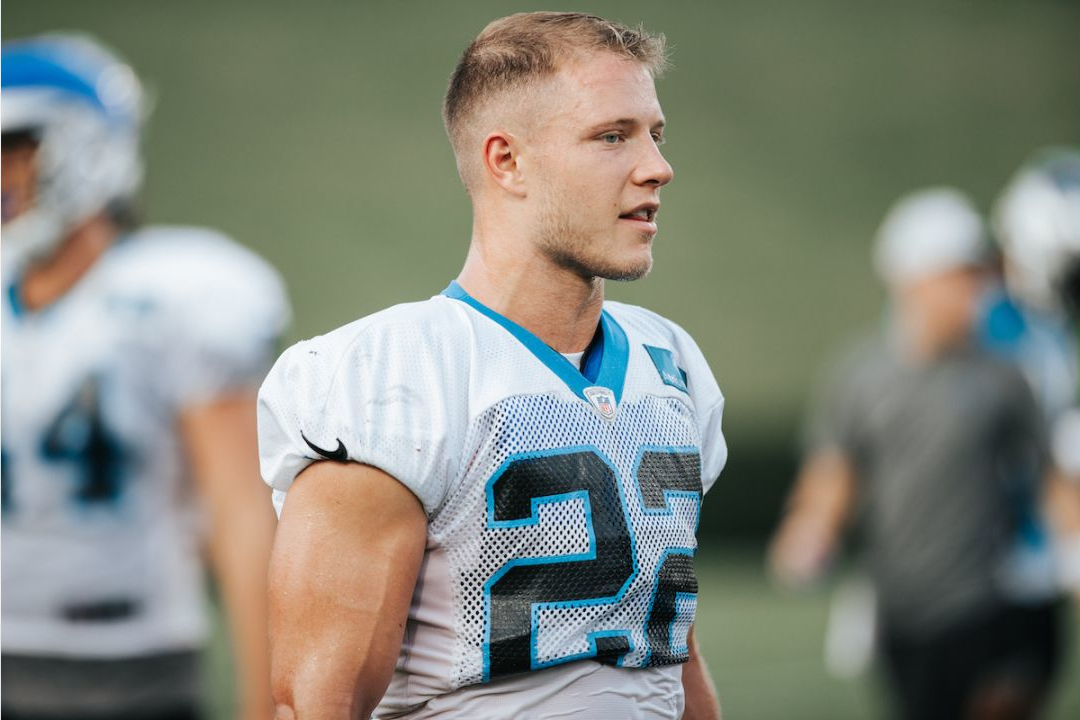 Well, for a start, the Panthers and Brady spent the vast majority of the season playing without Christian McCaffrey, who is not only their best player but also the focal point of the offense. Without McCaffrey, they fell back to using Mike Davis as the primary running back, and while Davis isn’t a bad player, he is far less effective as a receiver and far more interior-focused as a rusher. With no McCaffrey, they could no longer flex their running back out wide, and so were forced into using Curtis Samuel as a ball carrier more to allow them to run the offense without Davis in the backfield.

What is more, the Panthers simply didn’t have the depth of receiving talent that Brady had had at LSU, at least relative to the level of competition. While the vast majority of LSU’s receiving production came from two players, similar to the 2020 Panthers, when they did look to their third, fourth and fifth receivers they often had good matchups. Racey McMath and Derrick Dillon might not have become household names but they combined for nearly 500 yards and 5 TDs in 2019, while Moss and Clyde Edwards-Helaire combined for more than 1,000 receiving yards and five more touchdowns.

LSU didn’t spend all their time in four and five receiver sets, but they almost always had five legitimate receiving options on the field. Even when you ignore their big three receivers, the rest of the offense still put together 185 receptions for 2,033 yards and 10 TDs. For the Panthers last year, the equivalent numbers were 135 receptions for 971 yards and 6 TDs. Not only were the Panthers’ receivers less productive, but they were less efficient in their production as well, indicating that the receptions they did have were through necessity as much as opportunity. 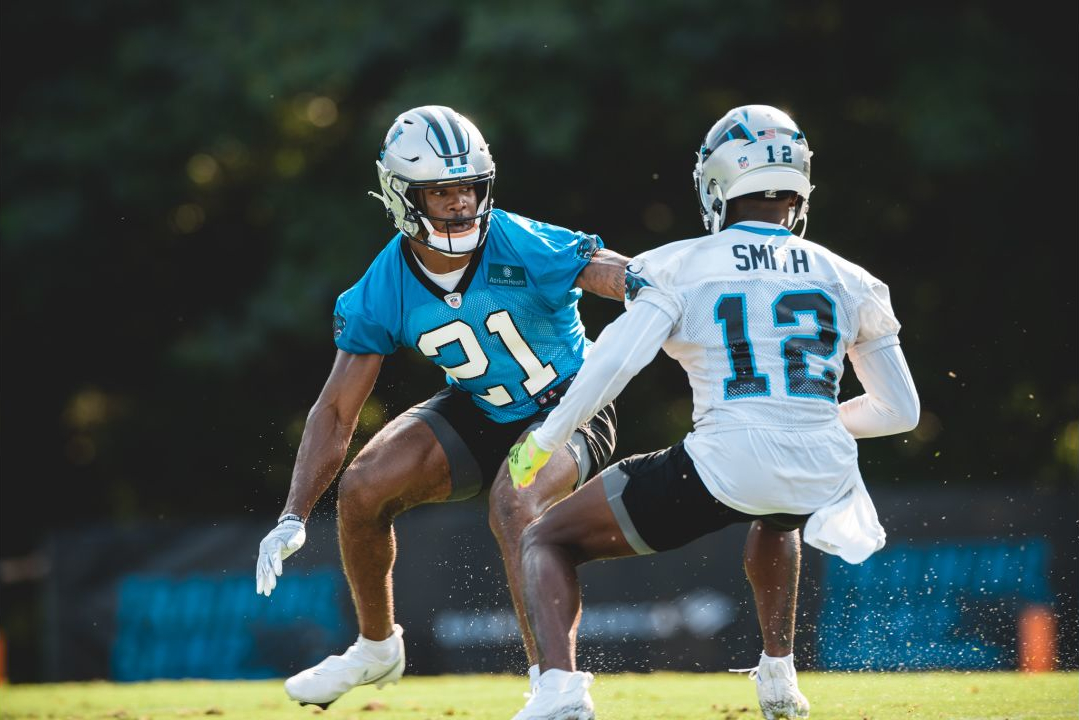 Well, for a start, the Panthers have invested heavily in their skill position depth. While they did lose Curtis Samuel, Mike Davis and Chris Manhertz in free agency they replaced them with David Moore and Dan Arnold while drafting Terrace Marshall Jr, Shi Smith, Chuba Hubbard and Tommy Tremble and that’s before recognizing that they will also get Christian McCaffrey, Reggie Bonnafon and Omar Bayless back from injury. Replacing Samuel’s production will be far from trivial, but the Panthers have unquestionable improved their depth at all three skill positions with a particular focus on receiving ability.

With all these new toys, if Joe Brady wishes to spread the ball out more then there should be the players to do this, and this is something that Marshall stressed was the core of Brady’s offensive approach.

“Everybody eats, that’s the mentality from Joe Brady” explained Marshall. “He likes to feed everybody the ball and make sure everybody’s getting their share”

Brady also now has the advantage of a full offseason with his players, and a year of experience of how NFL defenses will try and disrupt what he is trying to do. With that, he is not only better prepared to modify what he runs that he was a year ago, but he has more time to install the details of that to his players.

So, what’s to stop everything going swimmingly? 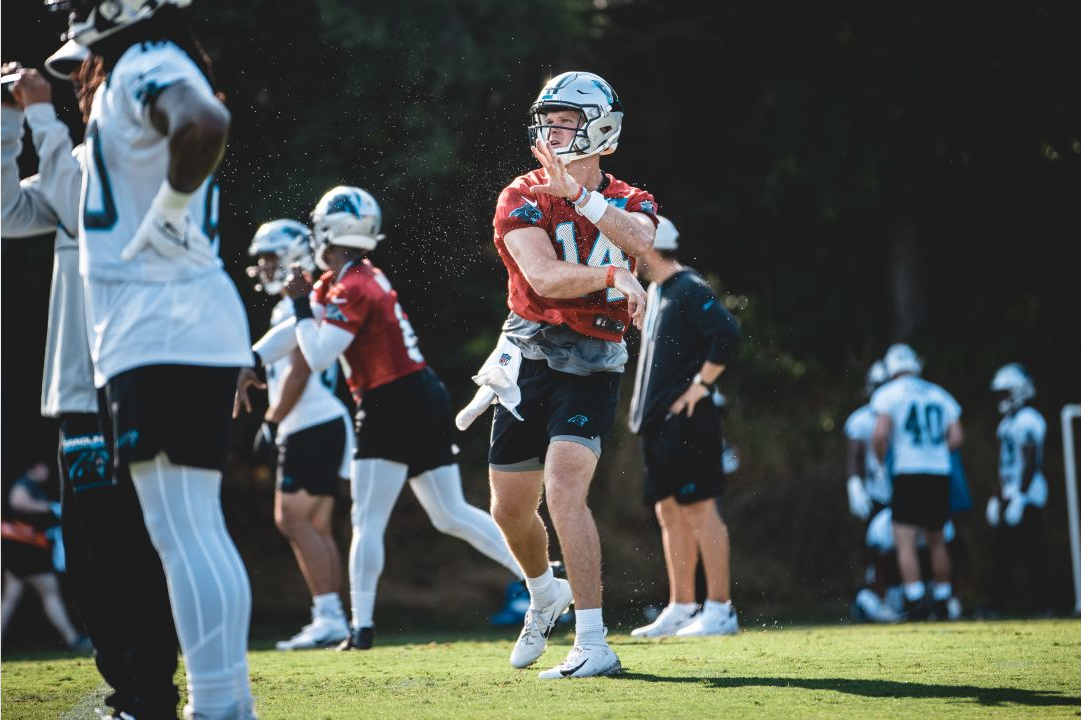 Well, as with any offense, the players have to actually go out there and execute of course, but beyond that Brady has to show an understanding of what got him into the national conversation compared to all the other offensive assistants the Saints have had in recent years.

No, the Panthers don’t need to turn into the 2019 LSU offense, but this needs to be Joe Brady’s offense and not some pastiche of the Saints’ offense. That means Joe Brady both having the confidence in what he has done to this point and the freedom from above to be allowed to deviate from the blueprints of what the Saints have done to this point. Matt Rhule has seemed cautious about incorporating RPOs into the Panthers’ offense despite this being a significant part of what he himself did at Baylor.

There is no one blueprint for a successful NFL offense, and you don’t have to run RPOs to be successful, the point is that while there is a clear foundation in the Saints’ quick-passing offense, the Panthers’ offense has to be Joe Brady’s. If that doesn’t mean RPOs then so be it, but for the Panthers to make the leap they need more than just a healthy CMC, a full offseason and some new weapons, they need a clear offensive identity and an offensive coordinator driving forwards with an offense that is fully his own.

If they have that, then they might have a chance to be even more than the sum of their parts.