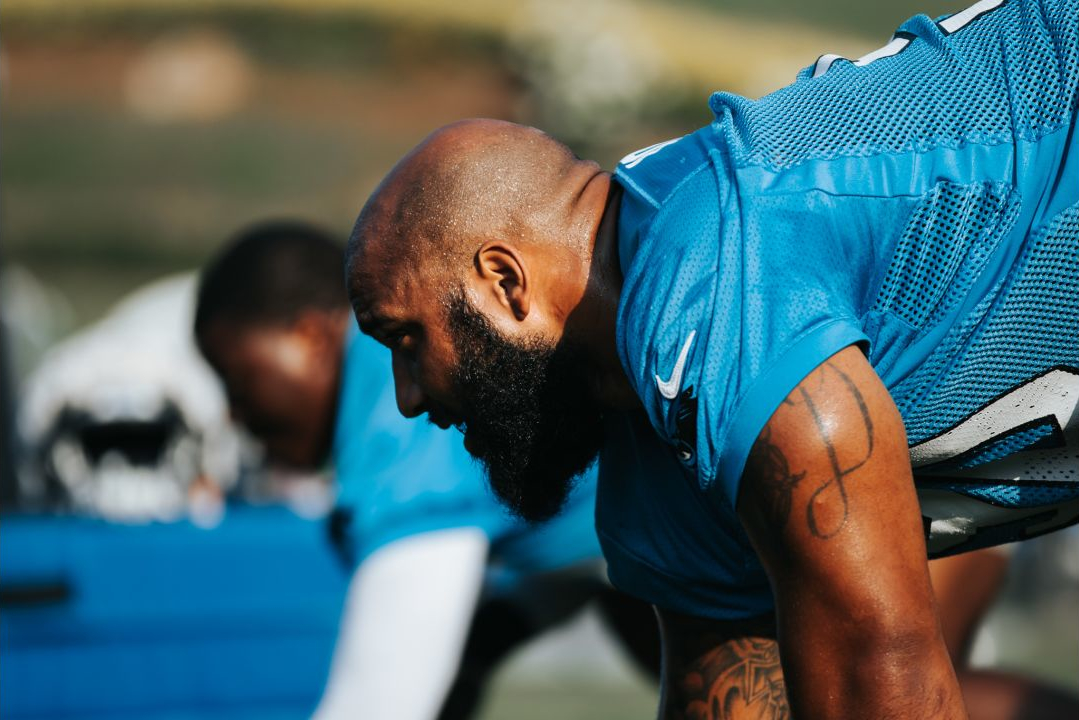 On Tuesday, the Panthers released their first depth chart of the season, albeit an unofficial one, and, while there is a still an awful lot of time between now and the start of the regular season, there are still some interesting nuggets that can be gleaned from it.

Here are the five things that stood out to us. 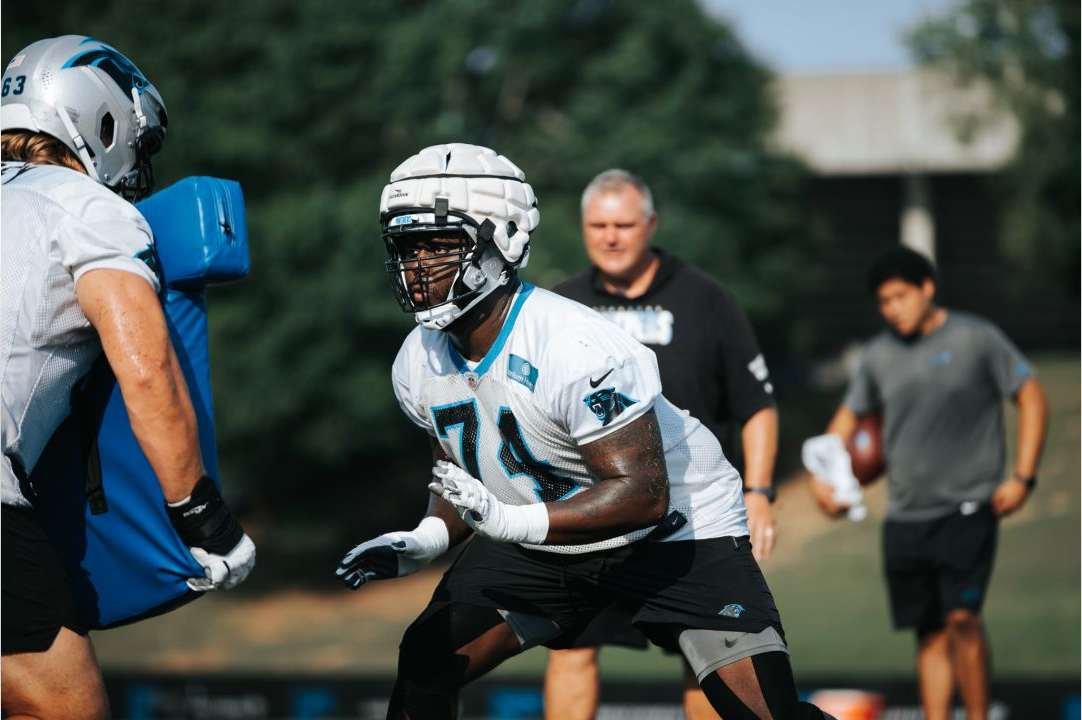 1. A lot is still to be decided

This is hardly surprising, but the first thing that jumps off the page is how much this feels like a preseason depth chart.

Matt Rhule suggested that the offensive line depth chart would come down to how players perform during the preseason games when they are able to get a more extended look at them in pads, and true to form the offensive line depth chart is pretty much unchanged from the start of the offseason with Cam Erving, Pat Elflein and John Miller pencilled in to the three starting spots alongside Matt Paradis and Taylor Moton.

The Panthers even went so far as to list Will Grier and PJ Walker as even for the back-up quarterback role, will veteran JJ Jansen is listed ahead of sixth-round pick Thomas Fletcher in the battle for the long-snapping job.

Of course, all of this could be how things end up come the regular season with the exception of the back-up quarterback job, but this feels very much like a starting point, not a finishing point. 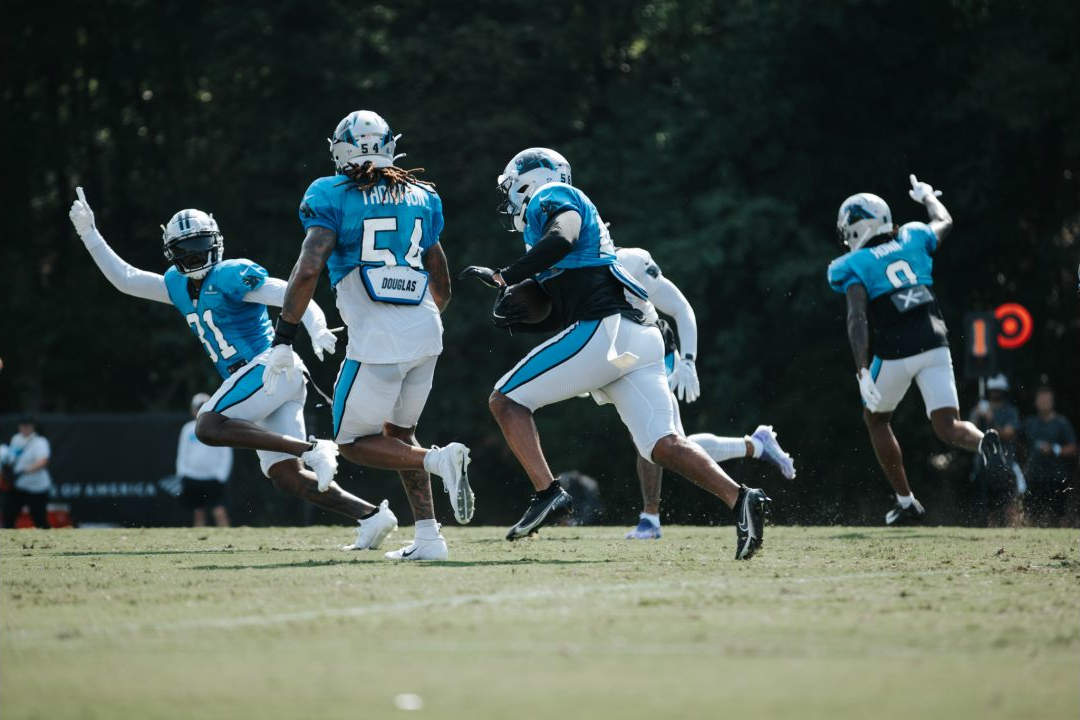 One of the more interesting position battles for the Panthers this year, at least on paper, was the competition between Jermaine Carter and free agent signing Denzel Perryman. Perryman has never been a three-down player in his career, and it seemed as though some level of rotation was ultimately likely even if Perryman played the majority of snaps. However, with Carter having had a strong camp to this point and Perryman missing time with injury, this now feels like Carter’s job to lose.

Entering the final year of his rookie deal, Carter certainly did enough with the playing time he got last year to merit a prolonged look alongside Shaq Thompson. Perryman getting hurt has certainly helped him, but even if Perryman is able to get healthy soon, Carter certainly seems to be the one in the ascendency. 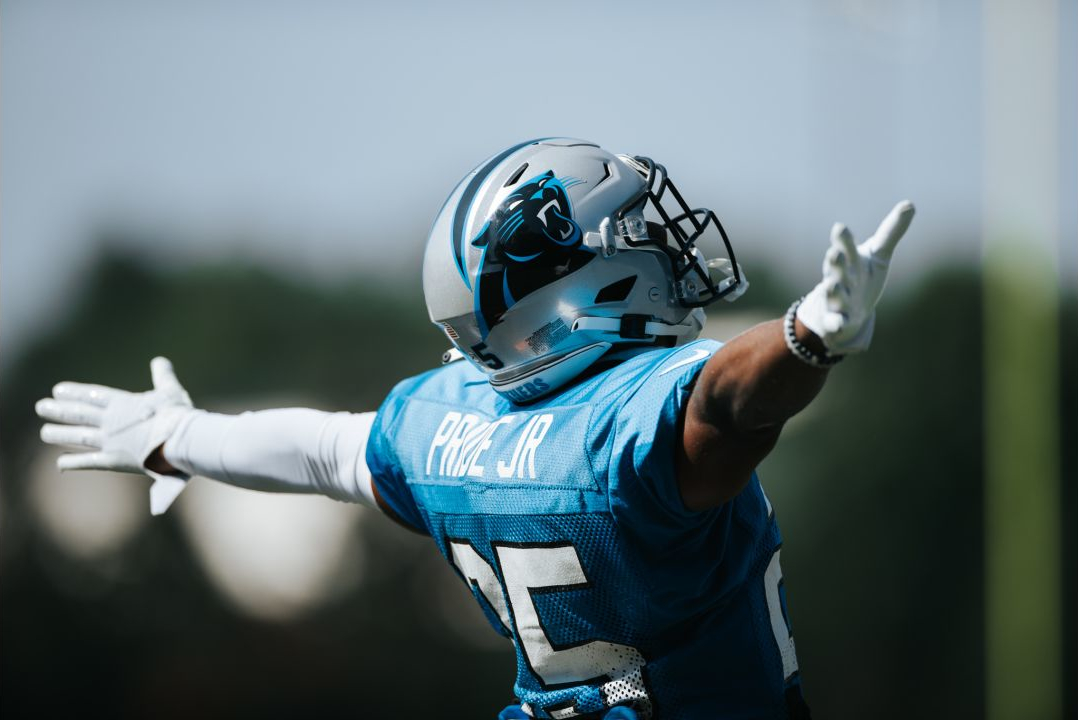 3. Troy Pride has a lot of work to do

AJ Bouye might have missed most of camp with injury, and is due to miss the first two weeks of the regular season with a suspension, but even with that the top four names on the cornerback depth chart are hardly a surprise. Given how highly the Panthers talked about rookie fifth-round pick Keith Taylor, it also isn’t a huge surprise to see him in good position to make the roster.

What might be a little more surprising is the order the Panthers have the two cornerbacks they drafted on day three of the 2020 NFL Draft.

Neither Troy Pride nor Stanley Thomas-Oliver had especially notable rookie seasons, and both are likely still facing a tough road to making the active roster, but it seems noteworthy that the Panthers have Thomas-Oliver, their 2020 seventh-round pick, listed ahead of Pride, their 2020 fourth-round pick. Pride has admittedly missed some of this offseason’s work due to injury, but the former Notre Dame corner now appears to be at genuine risk of not making the 53. There is still a lot of time for him to change that, but this is not the position that Pride would want to be in two weeks into camp. 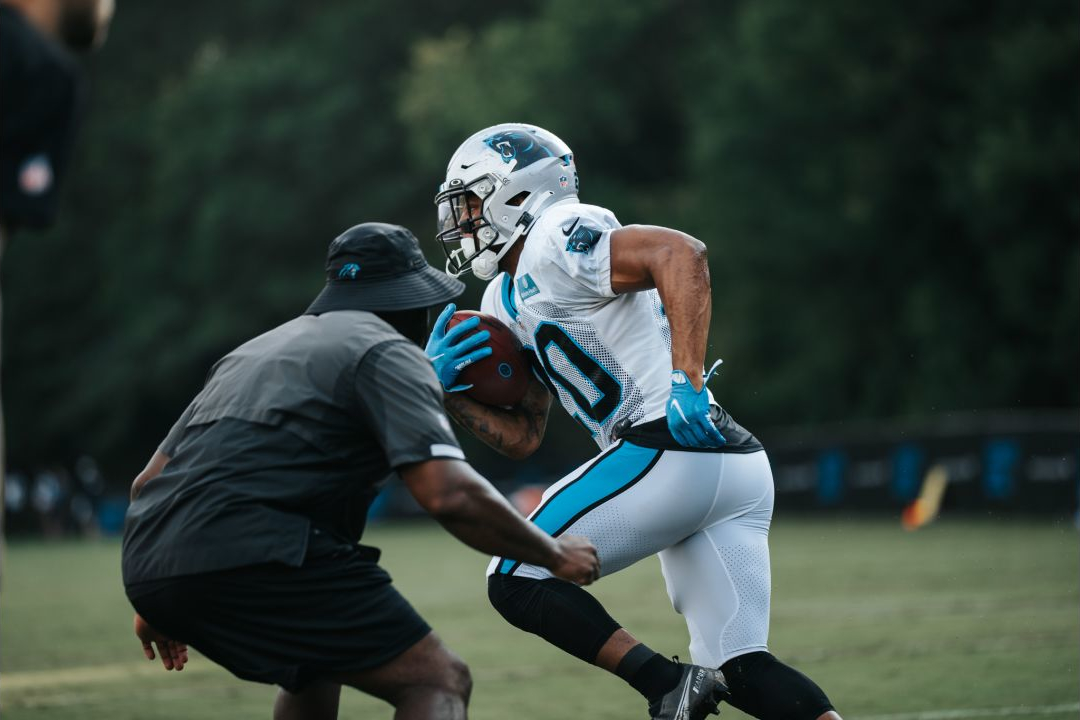 Yes, Christian McCaffrey is going to continue to be the feature back for the Carolina Panthers but who else gets to see the field, and how they are used, was one of the more interesting secondary questions of the offseason.

A major part of this equation is fourth-round pick Chuba Hubbard, who was held out of most of OTAs as the Panthers looked to work him back to full health. While he hasn’t had a bad camp to this point, he also hasn’t made a huge positive mark either. Currently, he is listed ahead of Rodney Smith, who had 215 yards and a score for the Panthers as a UDFA last year, and who Matt Rhule mentioned as being somebody who looks to be in great shape for camp, but behind Reggie Bonnafon. Bonnafon didn’t make the initial 53 last year but was averaging close to six yards-per-carry before he went down with injury last year, and as a converted receiver is the most capable of replicating McCaffrey’s contribution as a receiver.

What is lacking from this group is much power, and while the Panthers aren’t currently listing a formal fullback role on their depth chart, there appears to be a chance for a bigger back to earn a role as a FB/RB hybrid with a strong preseason, while Reggie Bonnafon appears to have done enough so far in camp to keep hold of the #2 running back role. 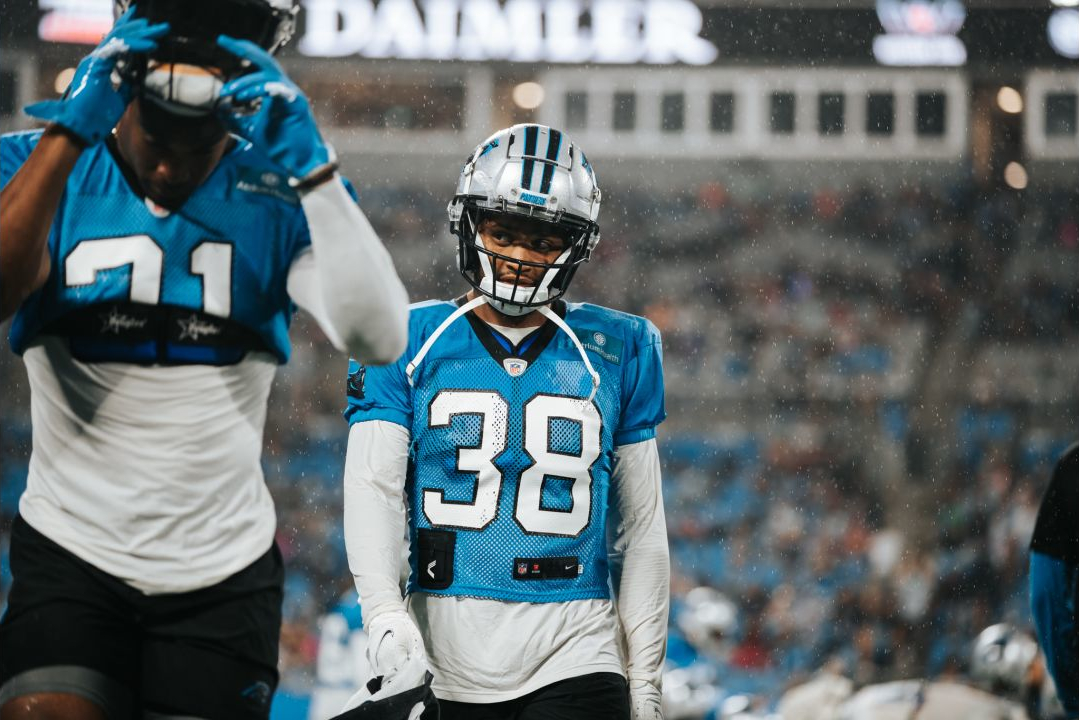 5. Myles Hartsfield a long way down

Last year, Myles Hartsfield came into camp as a relative unknown and managed to play himself into a roster spot while splitting time between safety and running back. While he didn’t make much of an impact on defense early in the season, he was a major contributor on special teams, and played roughly 50% of the defensive snaps over the final three weeks of the season, primarily as a nickel.

This year, he’s currently listed as the #4 strong safety.

Part of this might be Hartsfield’s role not fitting naturally onto the depth chart, as his listing on the roster as a ‘defensive back’ is more representative of how he was used than any single position. If Hartsfield spends a lot of time as the nickel with the second string during the preseason, then so be it, but if not then this seems like a significant fall from grace for a player who was playing over the likes of Pride, Thomas-Oliver, Sam Franklin and Kenny Robinson late in the season. 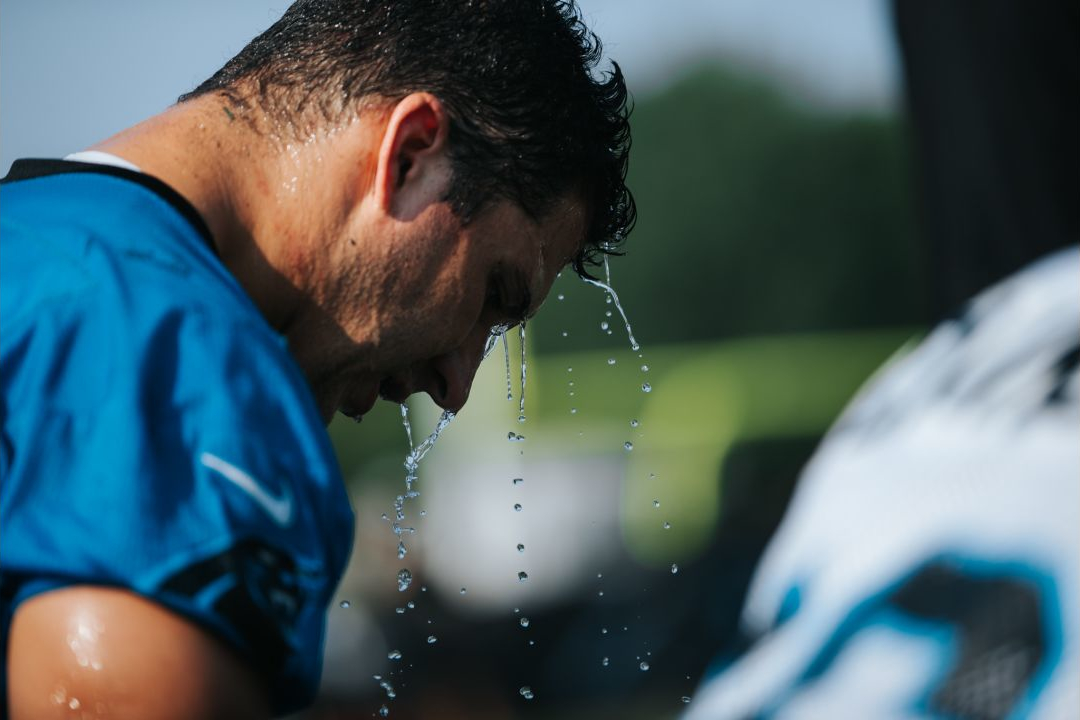 Once again, there is an awful lot that can change between now and the start of the regular season, and how the depth chart evolves will likely best be seen through who ends up playing where and with whom throughout the preseason games. That being said, the Panthers’ first depth chart offers some indication of where some of the closer position battles might be heading.

Or at least, where they have been heading so far.