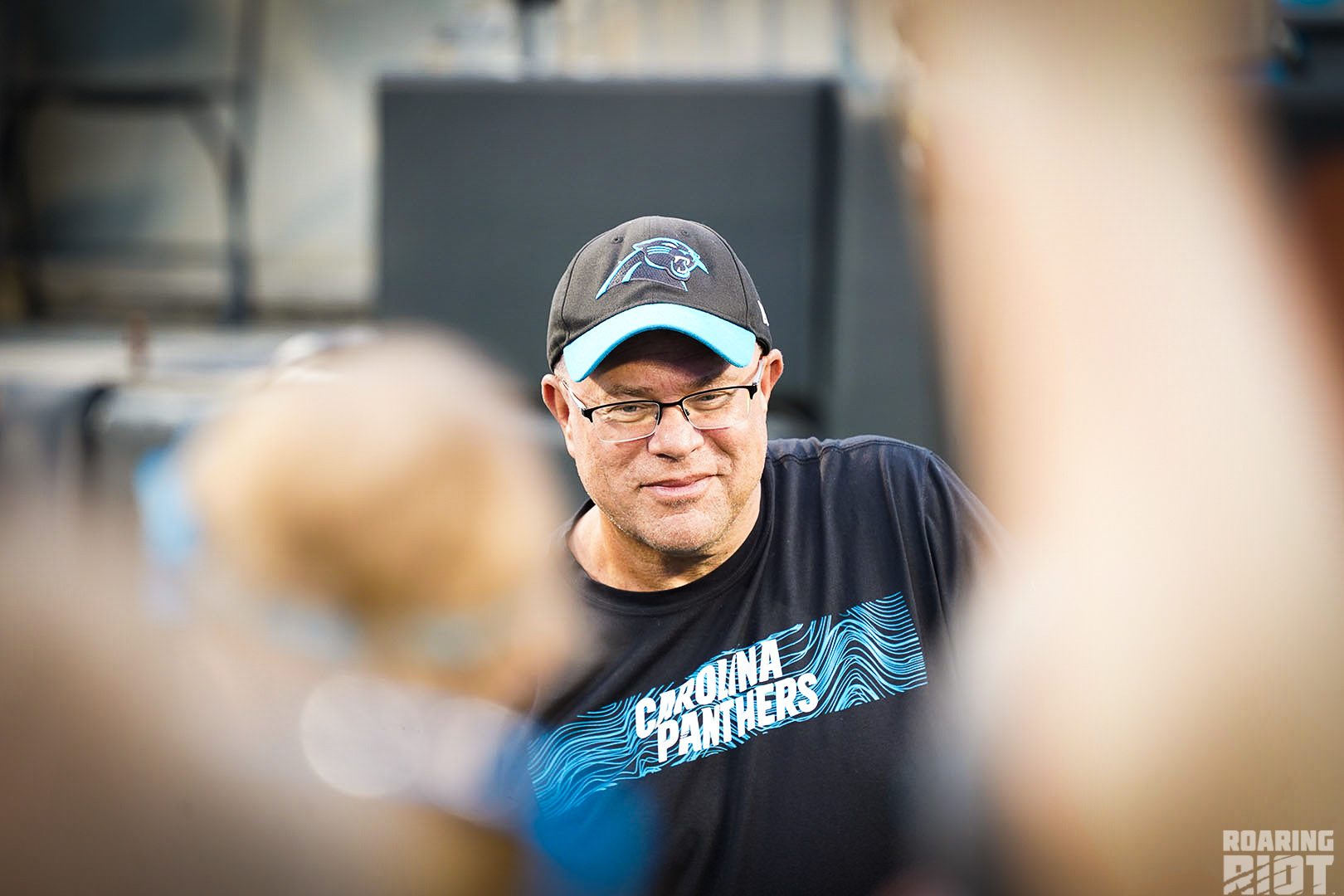 With the South Carolina state legislature pushing back a vote on a bill that would give more than $110m in tax breaks to the Carolina Panthers to build their multi-use facility that may include a hotel with at least 150 rooms and space for conferences, an orthopedic sports medicine facility employing about 200 people and the team’s indoor practice facility that would seat up to 10,000 fans, as well as feature outdoor practice fields, training facilities and team offices, David Tepper is calling the southern half of the two states that make up his team’s name’s bluff.

“We’d like to be there [and] hopefully they help us out there,” Tepper said Wednesday after being honored at West Charlotte High School about the bill being held up. “But I could be with a [practice] bubble and a cafeteria in Charlotte, too.”

The Panthers have already begun construction on a practice bubble where the team’s outdoor practice fields had stood for over two decades as the first of many plans to help push the Panthers into their next phase – surveys were sent out earlier this spring to gauge fan’s interest in upgrades to Bank of America Stadium – and this practice facility, whether it takes over 200 acres in Rock Hill, South Carolina or is built closer to Charlotte in North Carolina, will be the next step.

And Tepper says he’s fine either way, but he’s hoping the bill goes through.

“We’d like to go there, hopefully we can. I said the first day when I was in the building, I’d like this to be a true two state team and that’s part of that,” Tepper said. “I think most people of South Carolina want this and I think it will get done.”

The House in March voted 90-25 to pass bill H. 4243 that would give the Panthers nearly $8 million in tax breaks for each of the next 15 years if the team makes the move.

But it’s faced much more trouble in the senate, as state Senator Dick Harpootlian, among others, has rallied against the bill.

“We are supposed to protect the taxpayers from getting ripped off,” said the Democrat from Columbia after he paid for his own research into the economic benefits of the bill and found them to be much less than originally estimated by the state. “We are the only people standing between them and this billionaire taking advantage of them.”

Other senators have questioned the economic viability and helpfulness of a bill that would benefit only a certain portion of the state.

Tepper says that the benefits from the practice facility, wherever it lands, are just the beginning.

“Quite frankly, it’s going to cost us a lot of money to go down to South Carolina. We’re going to have to put out real money down there, so it’s not like we get that money from [the tax breaks] and that’s it. It’s a lot of money for the facility that we have to invest.”

“They’ll have to make a decision if they want it or not. Otherwise, I’ve got a bubble, I’ve got a cafeteria building…I’ll stay in Charlotte. I can stay home.”

Thursday is the final voting day of the 2019 legislative session.