Cam Newton’s “K1ds Rock!” Gala a Reminder to Be Uniquely You

If there is one thing that Cam Newton doesn’t have a problem doing, it’s being unique. The Carolina Panthers quarterback finished off his 2017 CNF Charity Weekend, which featured a star-studded charity kickball tournament on Friday, with the “K1ds Rock!” Gala last night that featured hosting duties performed by Michael Strahan, a stirring performance of Chance The Rapper’s “No Problem” by seven-year-old rapping phenom Young Dylan, both a silent and live auction, and a cavalcade of stars including Panthers Greg Olsen, Ryan Kalil, and Kawann Short; Houston Texans rookie quarterback Deshaun Watson; Auburn coach Gus Malzahn, and many more. 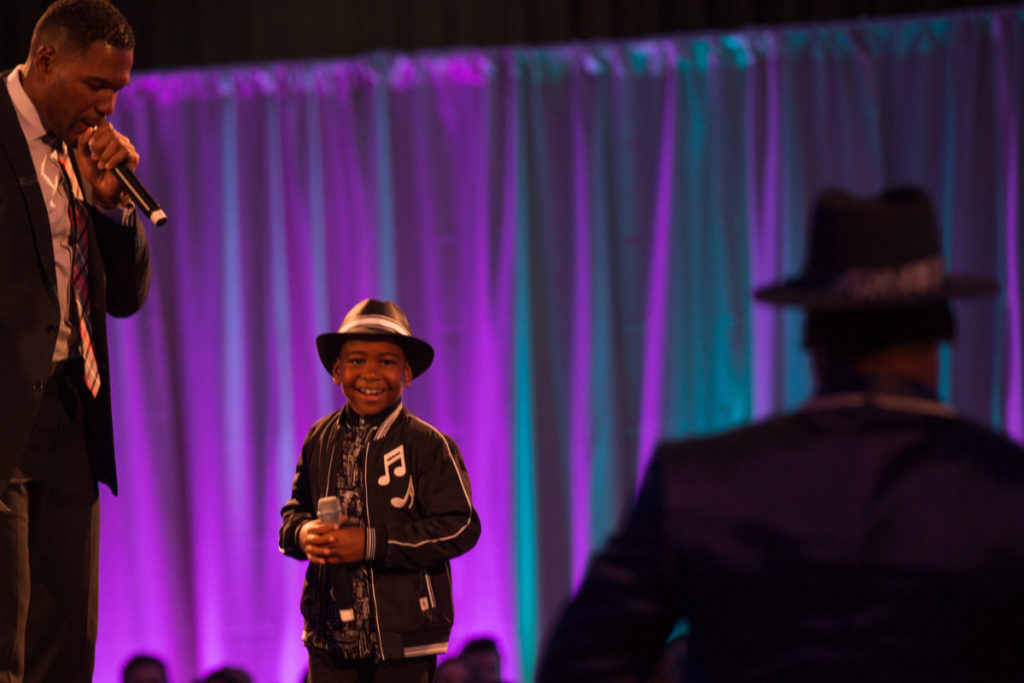 The message remains the same for the Cam Newton Foundation: Every 1 Matters. Newton said events like last night allow the foundation to “use my influence in a positive way and realize that our youth is the future.” The quarterback elaborated that his goal is “to have as many outlets as I can through my foundation to give them every opportunity to be successful or to be able to be whatever they want to do or inspired to do.” The live and silent auction, which included Lebron James game-worn shoes and a Michael Jordan autographed jersey in addition to the many items offered up by the host himself, helps the foundation to “run not just events, but quality events that impact the youth of our community.” 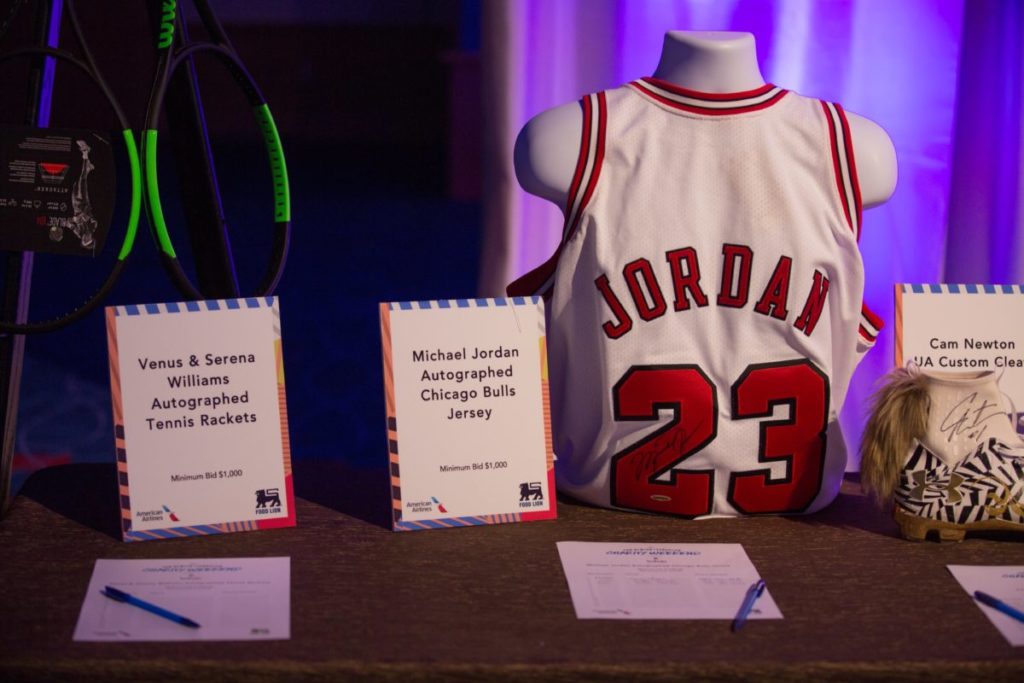 In an effort to be the best dressed of the night, Newton arrived in an outfit of glimmering boa print pants and vest, an even shinier purple fitted tux jacket, a half-top hat and his soon to be signature glasses. “I don’t even know what I’m wearing,” the host joked before conceding that his father, Cecil, was probably the second best-dressed in the room with an outfit “inspired by Craig Sager.” 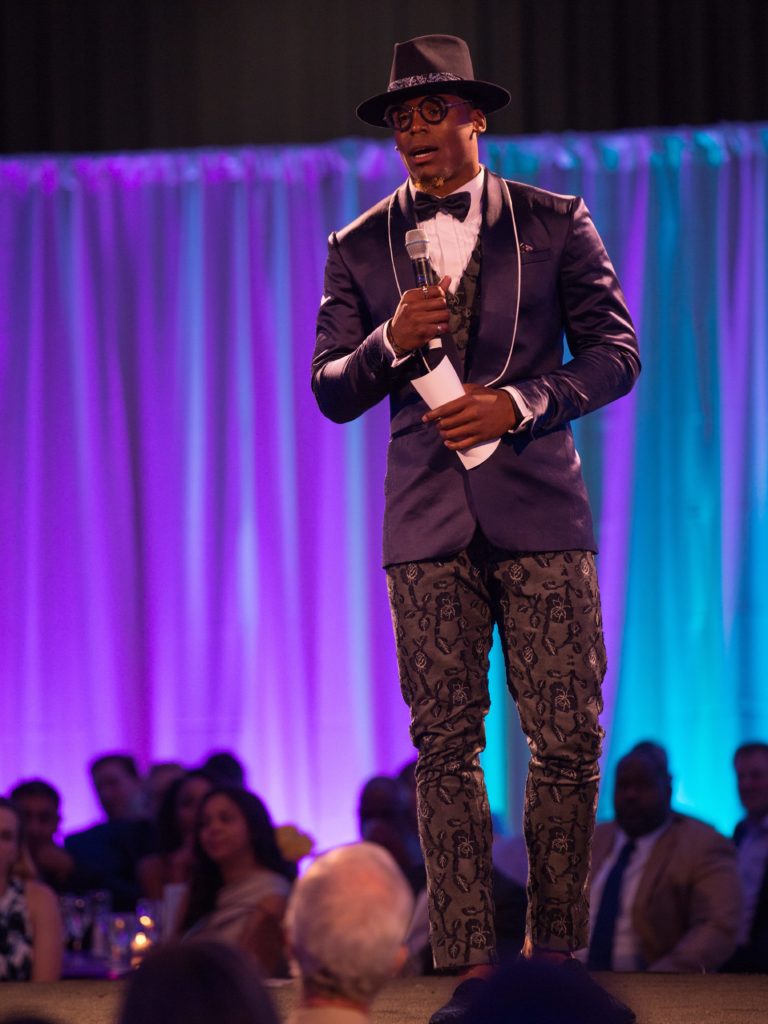 “Be uniquely you. It’s not hard for a lot of people to be unique; if you have a problem, if you need some extra juice, you know, ask Terrell Owens or ask Josh Norman. They have a lot to give.”

-Cam Newton on the theme of his “K1ds Rock!” Gala