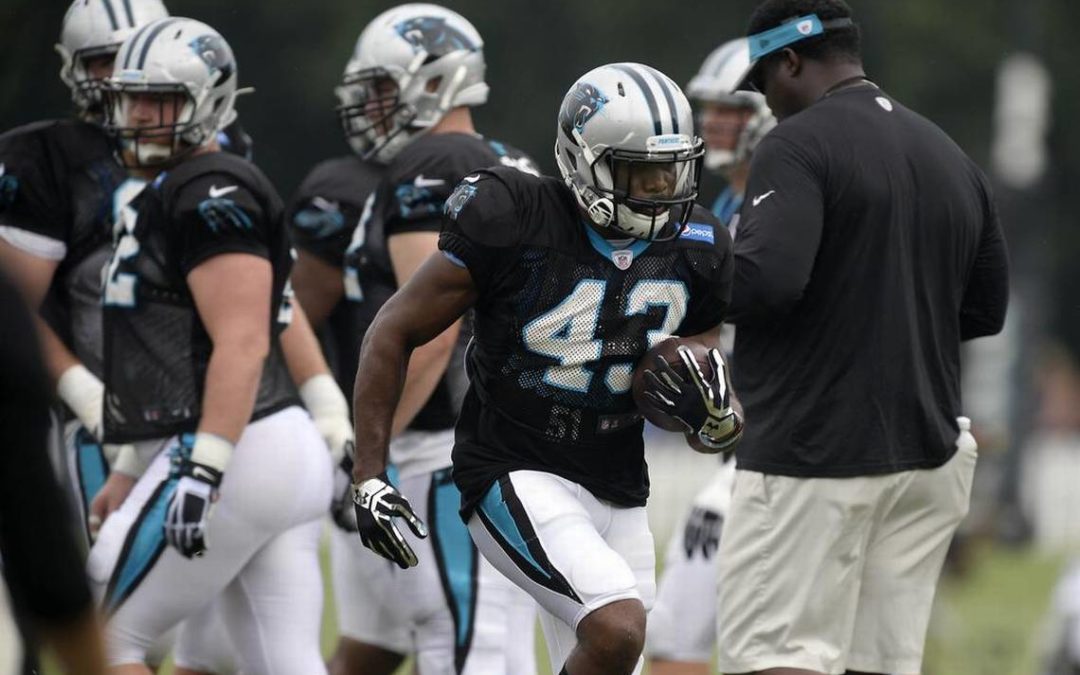 With training camp opening this week, many fans will be making the short trek to Spartanburg to enjoy the festivities, get some autographs, and maybe see some players in their new Panthers uniforms for the first time with their own eyes. Many will be there strictly to see Cam Newton. Or Christian McCaffrey. Or Julius Peppers. But there are more important things to see in Spartanburg. While the starting lineups are for the most part set and ready, just under the surface sits the backups who will truly make or break the Panthers season; in 2015, the loss of Kelvin Benjamin did not destroy the receiving corp because on the depth therein, but in 2016, the lack of depth across the offensive line meant Michael Oher’s concussion caused a seismic shift. Mike Remmers shifted sides, Daryl Williams was thrust into the starting role, and Cam Newton was blitzed more than any other quarterback in the NFL. Most fans are focusing on the contract renegotiations at the top of the roster, but it’s the back half that will keep the Panthers successful through the long 16 week season. With that in mind, let’s take a look at five of the Carolina Panthers training camp battles we’ll be paying close attention to over the next three weeks: 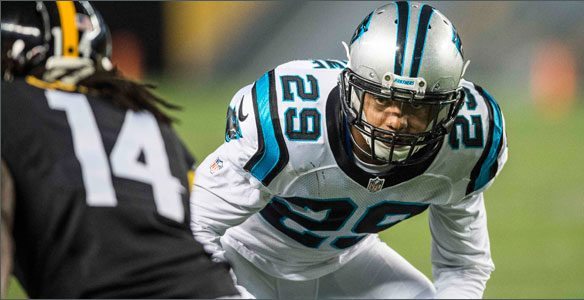 While Colin Jones has the most in-game experience and many think his special teams play will guarantee him a roster spot, his lack of awareness when he does see the field on defense is worrisome, and Charlotte native L.J. McCray excelled at special teams in his time in the NFL, so who lines up at gunner in the punt formation will be a good signal as to who is leading this battle. Dean Marlowe was signed as an undrafted free agent by the Panthers in 2015 and played sparingly his rookie year, entering 2016 as a “player to watch” before being placed on injured reserve after only three defensive snaps. The Panthers are hopeful Marlowe can stay healthy and live up to expectations to become the primary backup safety, but another camp injury could derail his roster chances altogether. Travell Dixon and Dezmen Southward are currently on the 90-man roster, but they’re more likely to be competing for the practice squad. 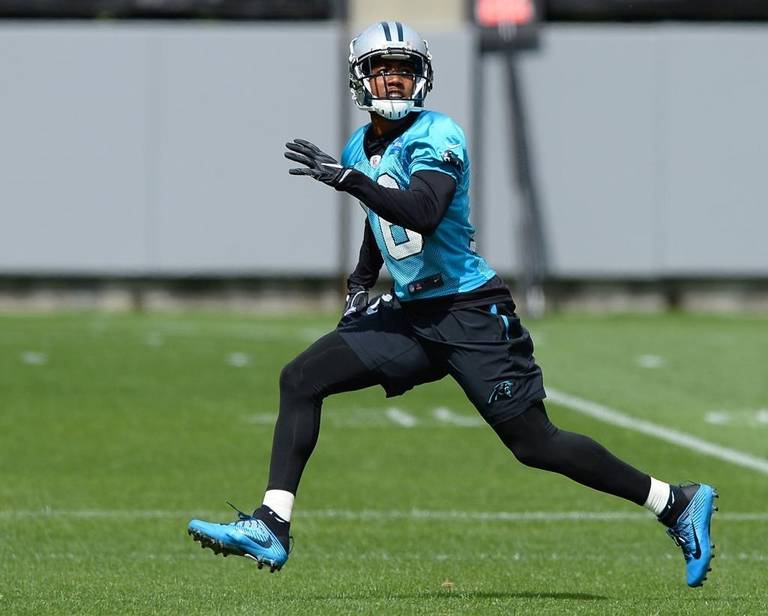 Both Byrd and Bersin are known quantities to the Carolina Panthers, with both bringing a strong work ethic, playbook knowledge, and special teams abilities to the team along with their low ceilings. Charles Johnson was signed as a free agent from Minnesota and was originally thought to be in the running for the third wide receiver spot, but his inability to get on the field in OTAs and minicamp may have him competing to stay on the roster. Johnson was expected to be a breakout candidate in Minnesota after a strong finish to the 2014 season, but never lived up to expectations; while he does have special teams experience, he will need to show strong hands and route running skills in order to make the leap to offensive contributor. Austin Duke is the dark horse, an undrafted free agent and former Charlotte 49er who played well in offseason activities and has formed a friendship with quarterback Cam Newton. While he isn’t assured of a roster spot, Duke seems like one of those players who may make the roster strictly to keep other teams from picking him up before he can be placed on the practice squad. Keyarris Garrett, Fred Ross, Cameron Posey, Mose Frazier and Kaelin Clay are the other candidates; of these, you may remember Mose Frazier as the player who took a swing at Luke Kuechly during minicamp.

EDIT: Charles Johnson hes been released by the club. 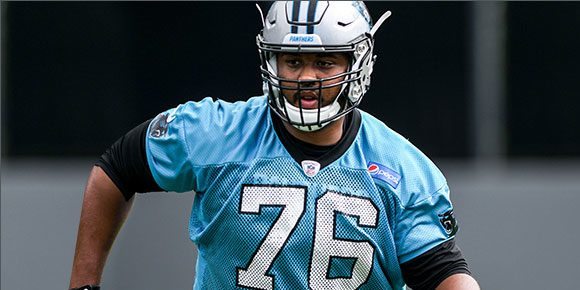 Gradkowski and Larsen will be competing for the backup center spot; because the Panthers carry a long snapper (J.J. Jansen AKA Big Fish), they will realistically only look to carry one player, with many assuming that Gradkowski will get the nod, as this same battle took place during last year’s camp, with Gradkowski making the active roster and Larsen heading to the practice squad. However, Tyler Larsen performed so admirably when he was brought up at the end of last season when both starter Ryan Kalil and Gradkowski went down with injuries, he may actually be leading this competition.

Both Chris Scott and Amini Silatolu expect to make the roster, but who is next on the depth chart behind the young duo of Trai Turner and Andrew Norwell will be an interesting battle to watch. Tyrus Thompson has had an injury-plagued career, but he showed flashes of talent at Oklahoma and would be intriguing as the fourth tackle behind Matt Kalil, Daryl Williams and Taylor Moton; Blaine Causell will be one of the biggest players at camp at 6-6 and 320 pounds, and took some snaps with the starters during OTAs, so those are signs that point towards him being an early favorite. Dan France actually played guard in college, and that versatility may be the reason he was signed by the Panthers after their offensive line was decimated last season.

The Panthers used more offensive line combinations than anyone in the NFL last season, and that was certainly something that contributed to their lack of success, so while consistency across the line would be ideal, depth will be extremely important. 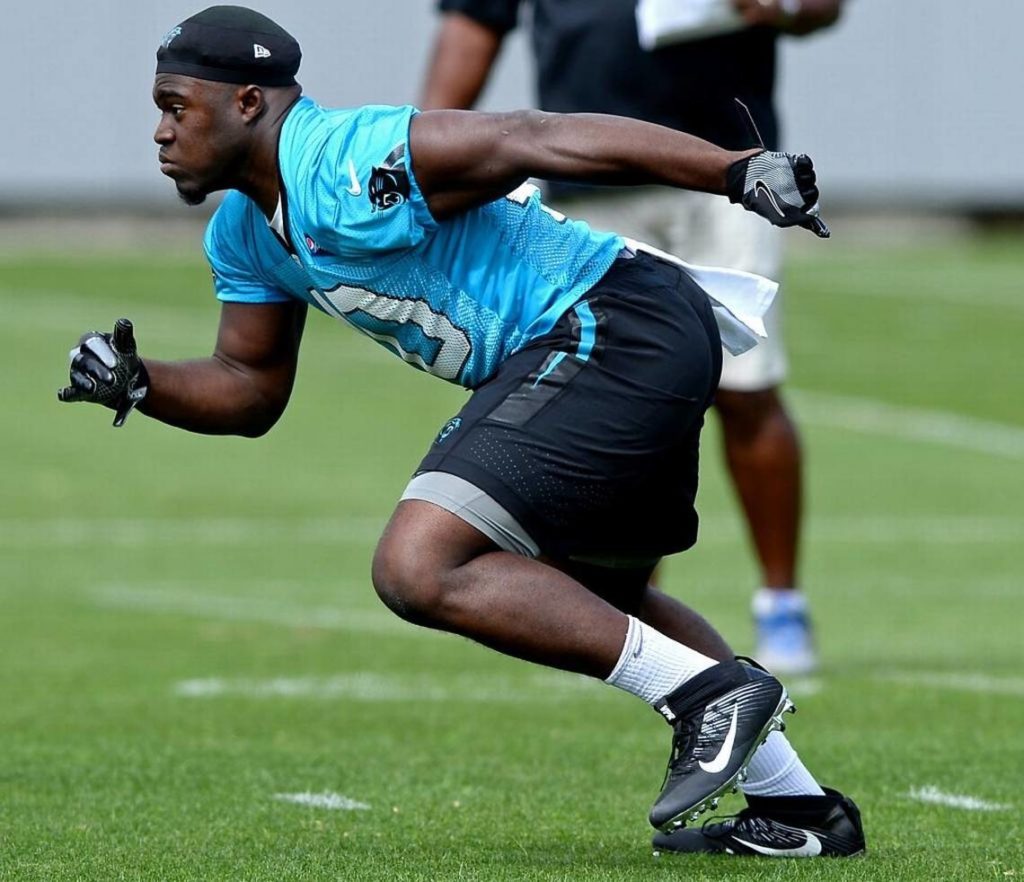 Darrell Young was actually a linebacker at Villanova, and after spending a year on the Washington Redskins’ practice squad, they slowly transitioned him into a fullback, which has been his position for the past six years in the NFL. Although he did not play on a roster last season, he was a reliable, if not an exciting, option for the Redskins, amassing 13 touchdowns in his six seasons there. The 30-year-old is competing with a very similar, younger version of himself: sixth-round pick Alex Armah who played defensive end at West Georgia for his first two years before transitioning onto the offensive side of the ball. Both players are extremely raw, so all things being equal through camp and the preseason, it may come down to cap figures: the rookie Armah signed a four year, $2.5M contract, while Young has a one year, $775,000 deal. Whichever player doesn’t make the active roster is next to assured of a place on the practice squad. 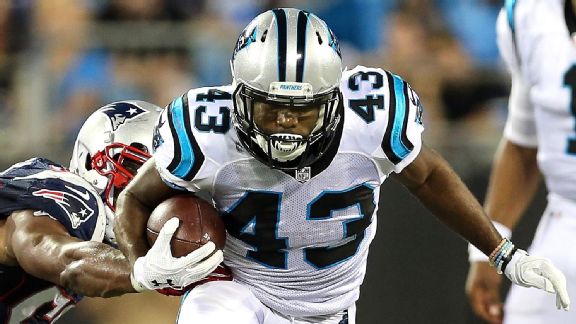 This will almost certainly be a question of “Which starter do the Panthers want to back up?”.  Fozzy Whittaker plays the role of a pass-catching scatback backup of rookie offensive weapon Christian McCaffrey; Cameron Artis-Payne has the bruising, between the tackle style of entrenched starter Jonathan Stewart. When Stewart was injured during last season, Artis-Payne got the starts in his absence, while Whittaker had more than triple the amount of yards from scrimmage throughout the 2016 season and was a threat in the checkdown game. This will certainly be a battle to watch, especially during the preseason games as each back gets their share of carries. Jalen Simmons is not competing for this role, but should be a candidate for the practice squad. 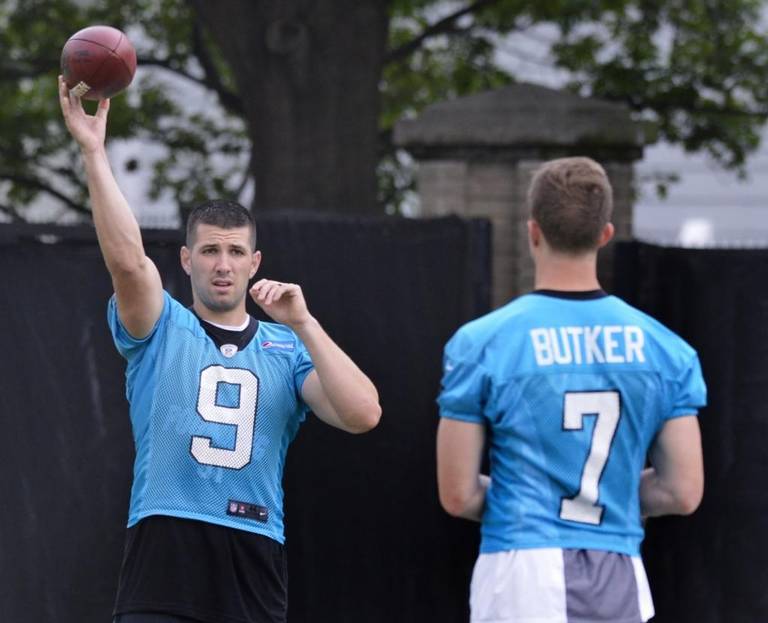 The Panthers spent a seventh round pick on Georgia Tech kicker Butker, who became the first specialist ever drafted by the club, and he will be competing with the incumbent Graham Gano, who is coming off his worst year as a Panther, missing over 20% of his field goal attempts and three extra points over the course of the season. Gano is in the final year of his contract and slated to earn four million dollars this season. Butker’s cap hit would be just under $500,000.