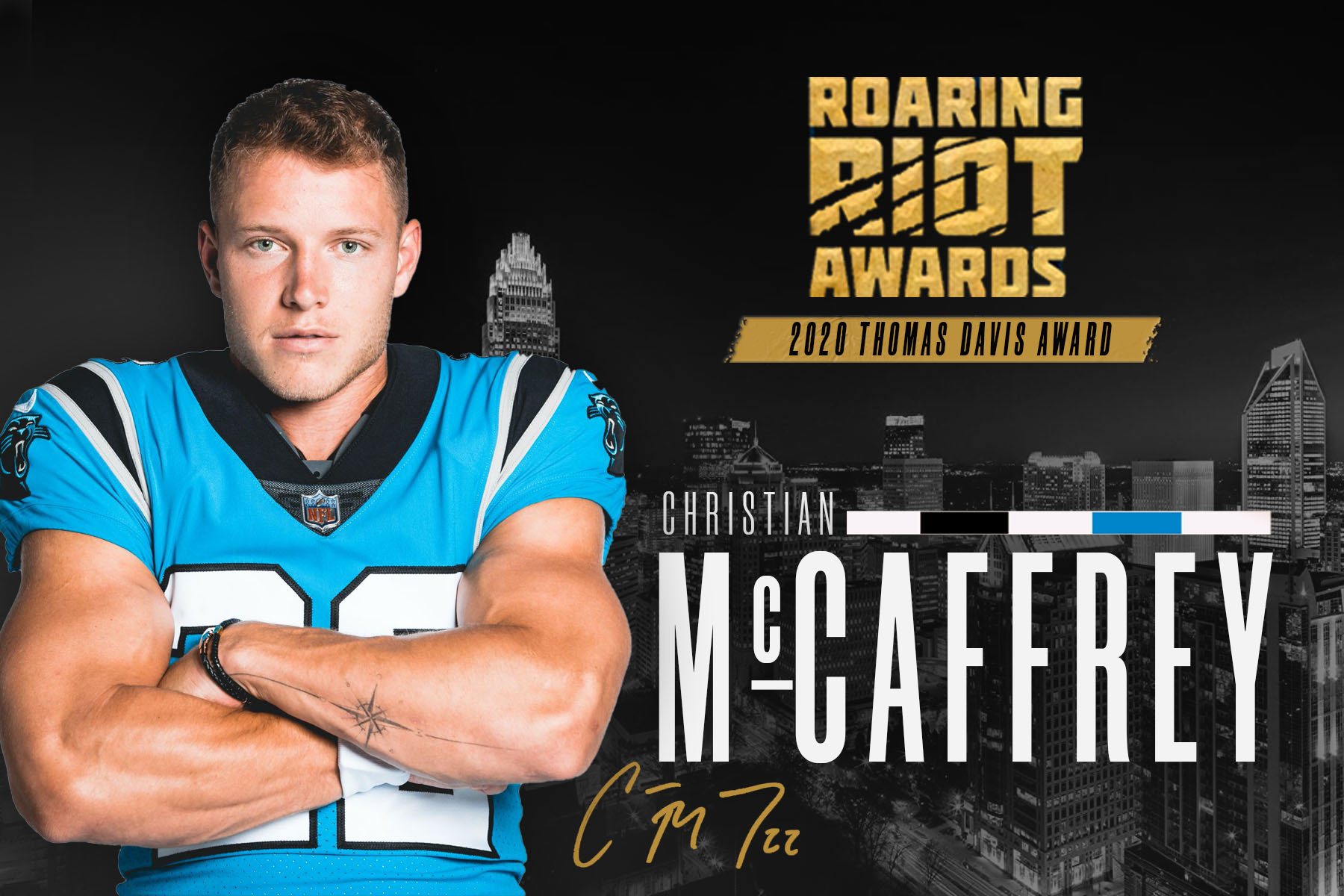 The first annual Roaring Riot Awards, which are voted on by the most loyal and rabid fans of the Carolina Panthers, honor the performances of those Panthers who have gone above and beyond both on and off the field.

The Roaring Riot has voted this season to award the Thomas Davis Panther of the Year Award to running back Christian McCaffrey.

The Thomas Davis Panther of the Year is awarded yearly to the Carolina Panthers Player or Coach who does the most work off the field rather than on it, be it through helping those in need, engaging with the fans or simply being the ambassador to the fans and the community.

This person carries on the tradition that Davis started, proving that being a Carolina Panther isn’t just about what you do on the gridiron, but who you are as a person. 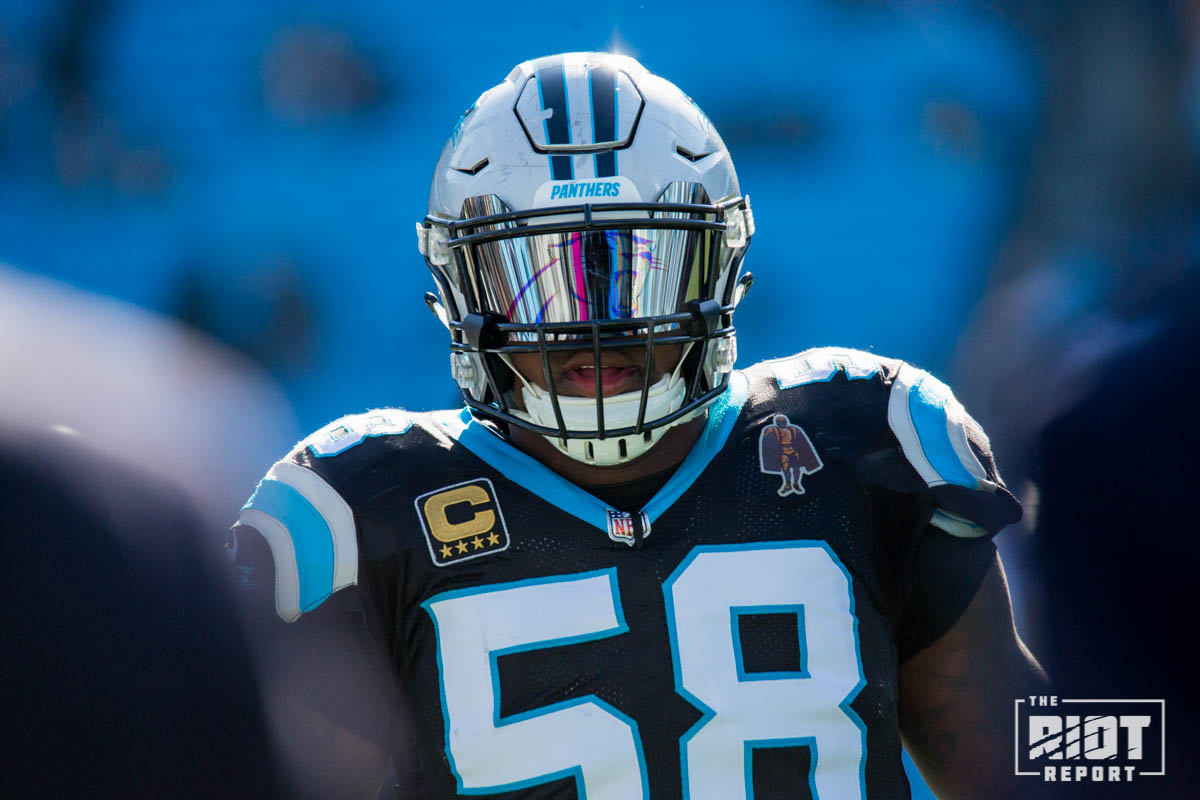 McCaffrey was only able to suit up in three games this season, finishing with only 384 yards from scrimmage and six touchdowns after setting the NFL ablaze with the third 1,000/1,000 yard season in NFL history last year. The 2017 first-round pick struggled through separate ankle, shoulder and quad injuries, which are not expected to affect his start to the 2021 season.

But that didn’t mean he didn’t have a huge effect on his community off the field.

In April, McCaffrey began the ‘22 & You’ initiative, a program committed to raising money for healthcare workers in the Carolinas and his hometown in Colorado. Later that spring, McCaffrey partnered with teammate Shaq Thompson and The Salvation Army Boys and Girls Club of Greater Charlotte and the Charlotte-Mecklenburg Police Department’s Police Activities League (PAL) to launch ‘22 Together’, whose main goals were to make athletic programs more accessible and to build bridges within the community through sports. 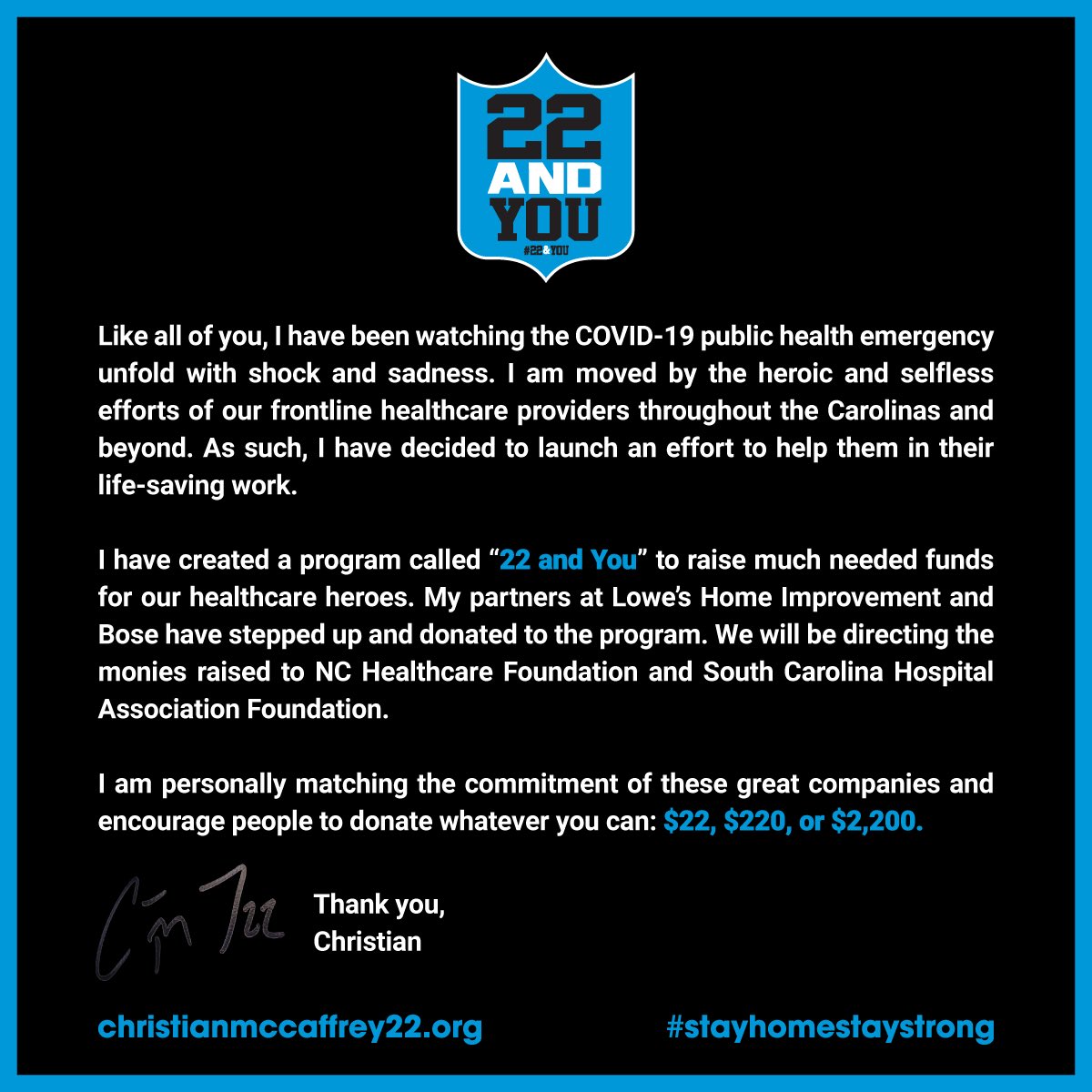 “After ’22 and You’ raised hundreds of thousands for our healthcare heroes in a matter of days, I was in awe of this community and what it can achieve when we work together,” McCaffrey said at the time. “Right now, it is important to make an effort to help our community work through the divisions that exist, and I believe sport can accomplish that.

“Sports for me have always been a place for opportunity and for building a strong sense of team. It is a place where we can communicate values and begin building a more peaceful society. When we come together on a field of play, it helps unite us everywhere else.” 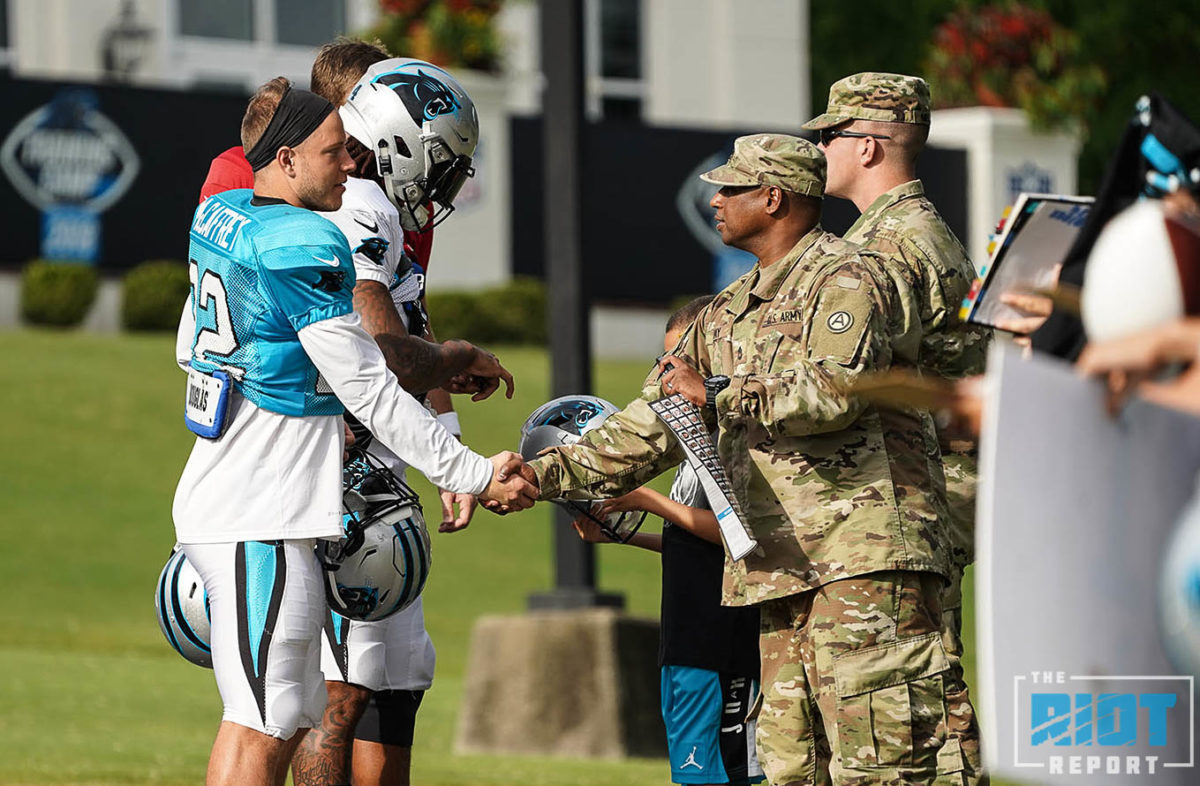 In late November, McCaffrey launched the Christian McCaffrey Foundation, which pledges to “show up for our service men and women, veterans, and military families to support them where their need is greatest. By responding to the most pressing needs and challenges of military families, we will best serve those who serve us.”

Earlier in November, McCaffrey was named the team’s nominee for the 10th annual NFL Salute to Service Award, presented by USAA.

Roaring Riot members were asked to vote for the player they felt most exemplified Thomas Davis, who spent his career in Carolina helping thousands throughout the community with his Defending Dreams Foundation, and many added exactly why they thought McCaffrey was deserving of the award.

“He’s the face of the franchise and does everything right that an organization would want representing them,” said one member.

“Christian’s foundation touches multiple causes. He’s the Panthers representative for the Salute to Service campaign,” said another. “His foundation raises money for veterans. He partners with Shaq Thompson to help those less fortunate. He’s multifaceted!”

“I made this choice because of everything that he does off the field. Although his injuries have held him back this season Christian has [shown] what one can do off the field in a spectacular fashion. His foundation has helped so many and it’ll be awesome to see what they’ll do in the future!”