Five Questions To Answer Against The Falcons 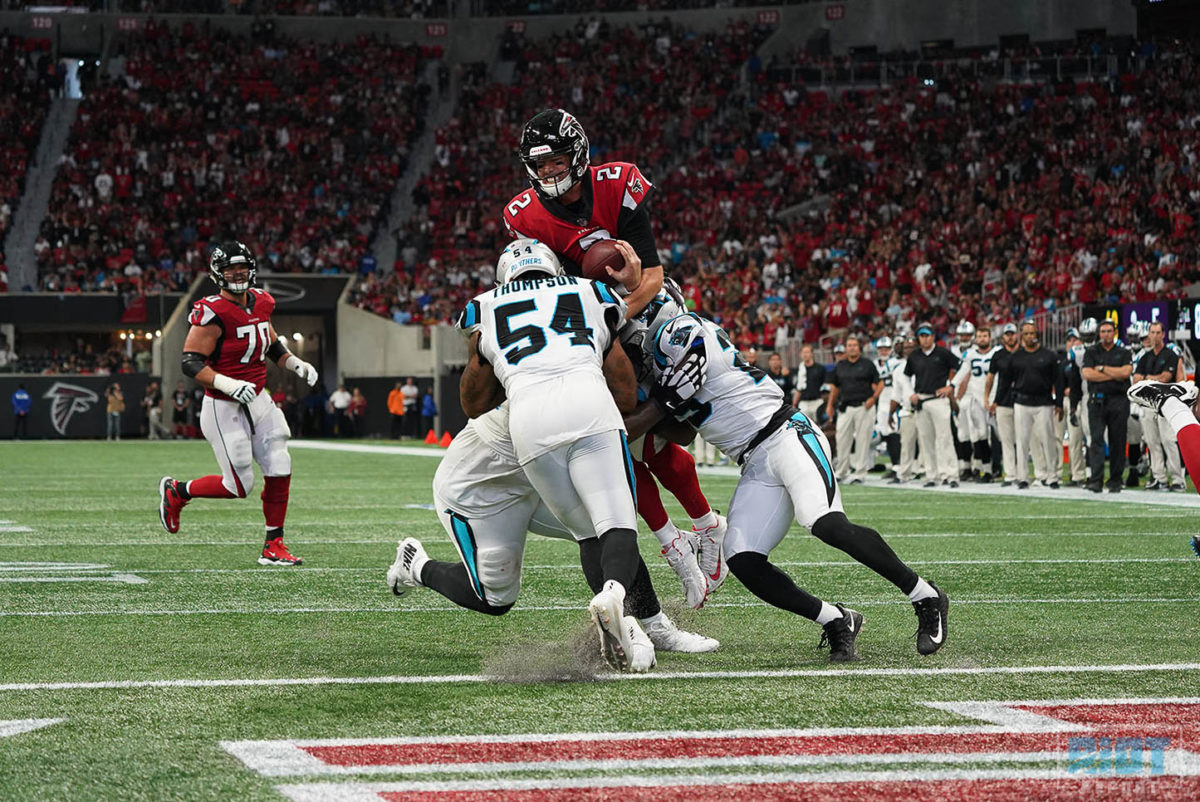 The Panthers now find themselves with their backs against the wall.

They sit a game-and-a-half back in the hunt for the sixth seed and two games back in the division – while they still technically control their own destiny in the division due to the Saints’ loss to the Falcons, they are now at the point where they likely have to win at least four of their final seven games to even stand the slightest chance of making the playoffs. Of those seven games, only three are against teams with losing records and one of those is the one at home this coming Sunday against the Falcons.

In other words, if the Panthers want to make the playoffs, then they have to win on Sunday. They might not mathematically be on the verge of elimination, but it’s win or go home time. So what do they need to do to beat the Falcons? 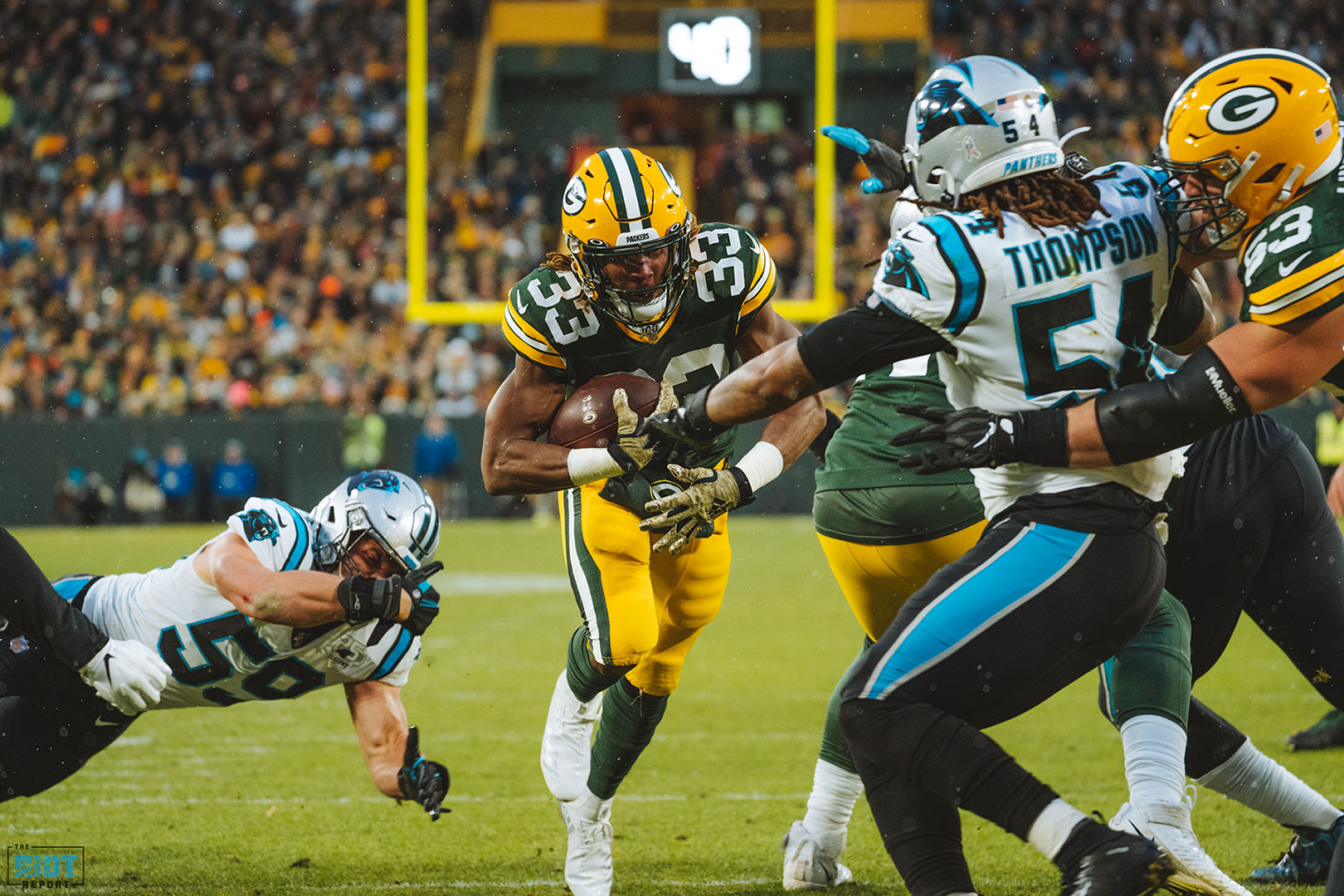 Only four teams have ever allowed 30 or more rushing touchdowns in a single season; the 1981 Colts conceded 30, and the 1980 Giants, the 1986 Bucs and the 2008 Lions all conceded 31. Those teams went a combined 8-56. Only one team in NFL history has ever allowed more than 5.15 yards-per-carry on defense – the somehow 8-8 2013 Chicago Bears. The Carolina Panthers are currently on track to concede 30 rushing touchdowns and are allowing 5.17 yards-per-carry.

That puts them very much in the conversation as one of the worst run defenses in the history of the NFL.

Needless to say, if they are going to stand a chance of winning any of their remaining games, let alone a majority of them, they are going to have to get their run defense into something that looks like it belongs on an NFL field. Worryingly for the Panthers, the issue doesn’t seem to be the fault of any one player, but rather something systematic, and that is really where the solution has to start – in the short term at least. The Panthers have not only moved from a pure 4-3 to something of a hybrid defense, but they also seem to have changed how they look to set against the run.

In practice, this means they are essentially asking their defensive line to penetrate and disrupt, similar to what they would ask a front to do in a classic 3-4 defense, but when they do this out of four-man fronts, they put a huge amount of pressure on the second level defenders to adjust and work into their gaps. It might not be the solution that many inside the organization would like to opt for, but if the run defense doesn’t improve, then they may well just have to resort to a more conventional 4-3 defense outside of obvious passing situations. 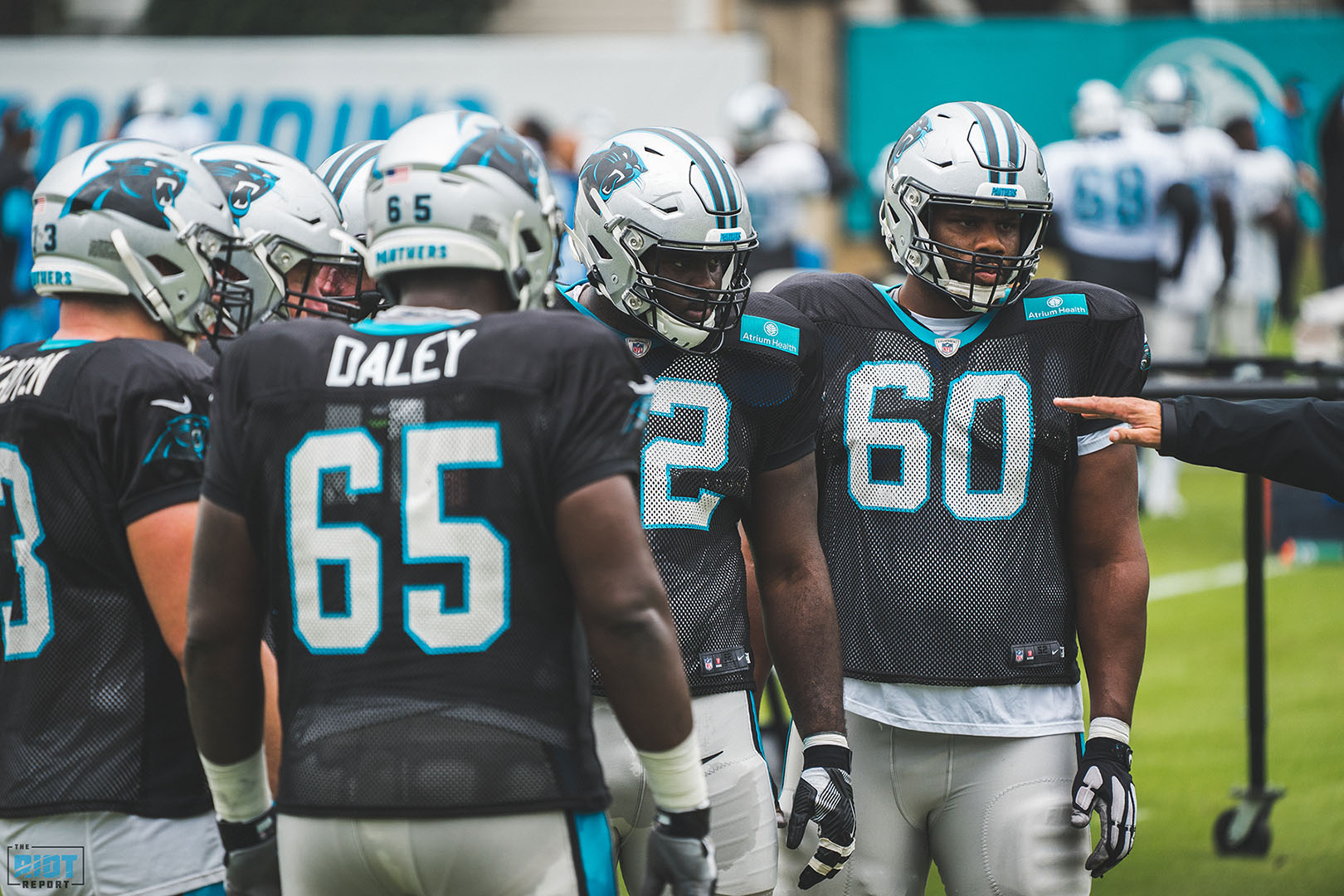 When Dennis Daley went down in the second half of the Packers game, the Panthers were forced to move Taylor Moton over to left tackle (the fourth player to play that position for the Panthers this season) with Daryl Williams coming in at right tackle. While Daley did shown some of his limitations when he got beat around the edge earlier in the game – remember that the Panthers started this season viewing him as a guard who can play tackle – he is almost certainly a better pass protector than Moton on the left side and unquestionably a better pass protector than Daryl Williams.

This became pretty evident quickly, as without Daley the Panthers struggled to keep the pocket clean, forcing Allen to either get the ball out quickly or work around pressure in the pocket. If the Panthers go into the Falcons game with these two as the starting tackles, even the Falcons’ meager pass rush – they have the second-worst sack percentage in the league – might be able to get home with some consistency. So what can they do?

Well, the answer almost certainly depends on the state of the Panthers’ injury report come the end of the week. If Daley and Little are both inactive for the game, the answer is probably ‘hope for the best’, but if Little is able to play, that should come as a real boost for the Panthers’ pass protection, with Daley then being an option at right tackle if the Panthers feel like taking a risk. Handing your offensive line over to a pair of rookies might feel like a risk, but I think based on what we’ve seen to this point, it feels like a risk worth taking.

Up Next: The Pass Rush, Allen’s OK, and Coverage Questions