Five Keys To Beat The Buccaneers on Thursday Night 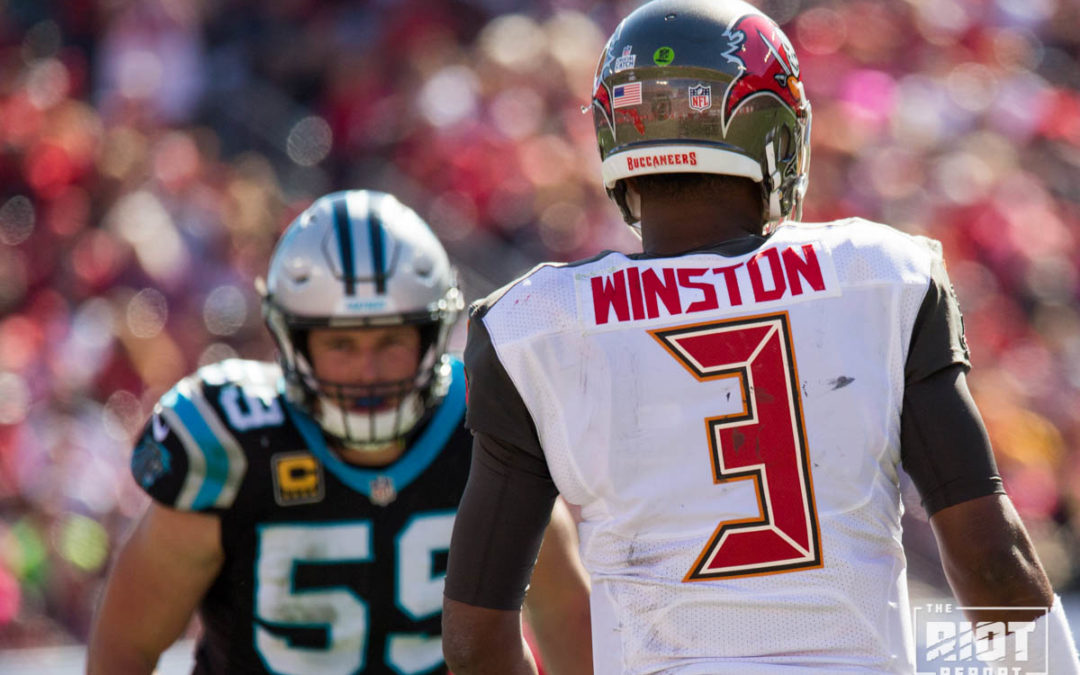 The Panthers are going to feel somewhat frustrated with the way they lost to the Rams – but they should also be encouraged by the fact that they were able to go toe-to-toe with what is expected to be one of the best teams in the NFL over the full four quarters. However, with the Panthers playing on Thursday night, there is no time for them to dwell over the fact that they weren’t able to come away with the W. Instead, they now need to turn their attention to making sure they go into the weekend 1-1 with a chance to get a winning record with a trip to Arizona.

So, what do the Panthers need to do to beat the Bucs? 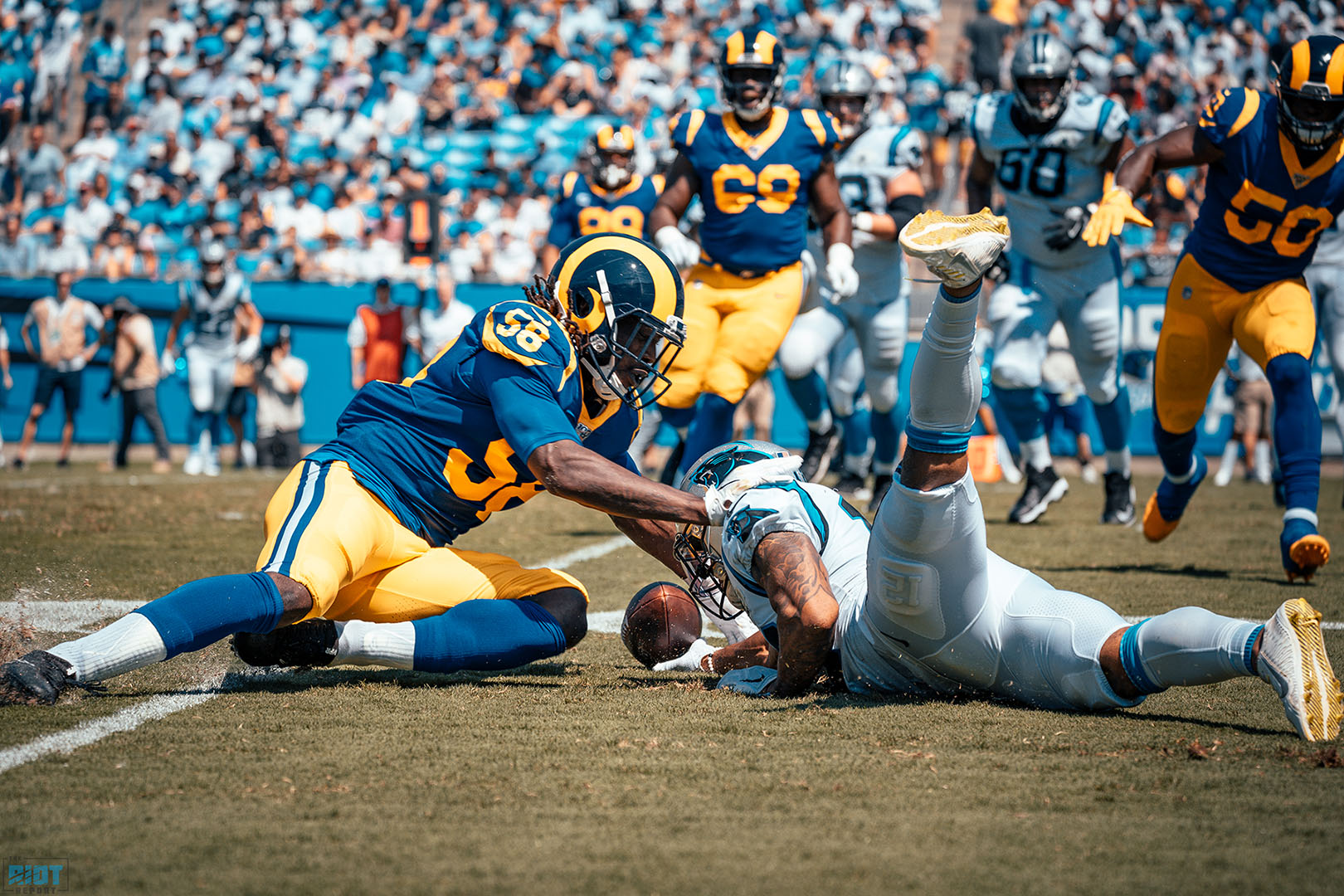 The most frustrating thing about the Panthers loss to the Rams was the way that they lost.

Some of this can be put down to luck, such as the bounce to take the ball away from Moore on the second fumble, but a lot of the things that killed the Panthers can and should be avoided. While the second fumble was hard to avoid once the pass was tipped, the first fumble was simply a matter of ball security. Of course, every team makes mistakes, but the Panthers just had too many of them on Sunday.

Hopefully, this is simply a matter of rust with most of the starters having barely played during the preseason, but that can only be an excuse for so long – given how short the NFL season is the Panthers can’t afford to be sitting here in a months time being 0-4 and still talking about hitting their stride. Some of this comes back to the coaches putting the players in the right state of mind, but the players also need to take ownership of some of the mistakes they made.

Far too often in the Rivera era, the Panthers have been a team that plays well but fails to win consistently due to sloppy mistakes. This is something that needs to change if the current regime are going to continue to be employed in Carolina going forward – that has to start Thursday night.

Don’t Let The Run Be An Escape Valve 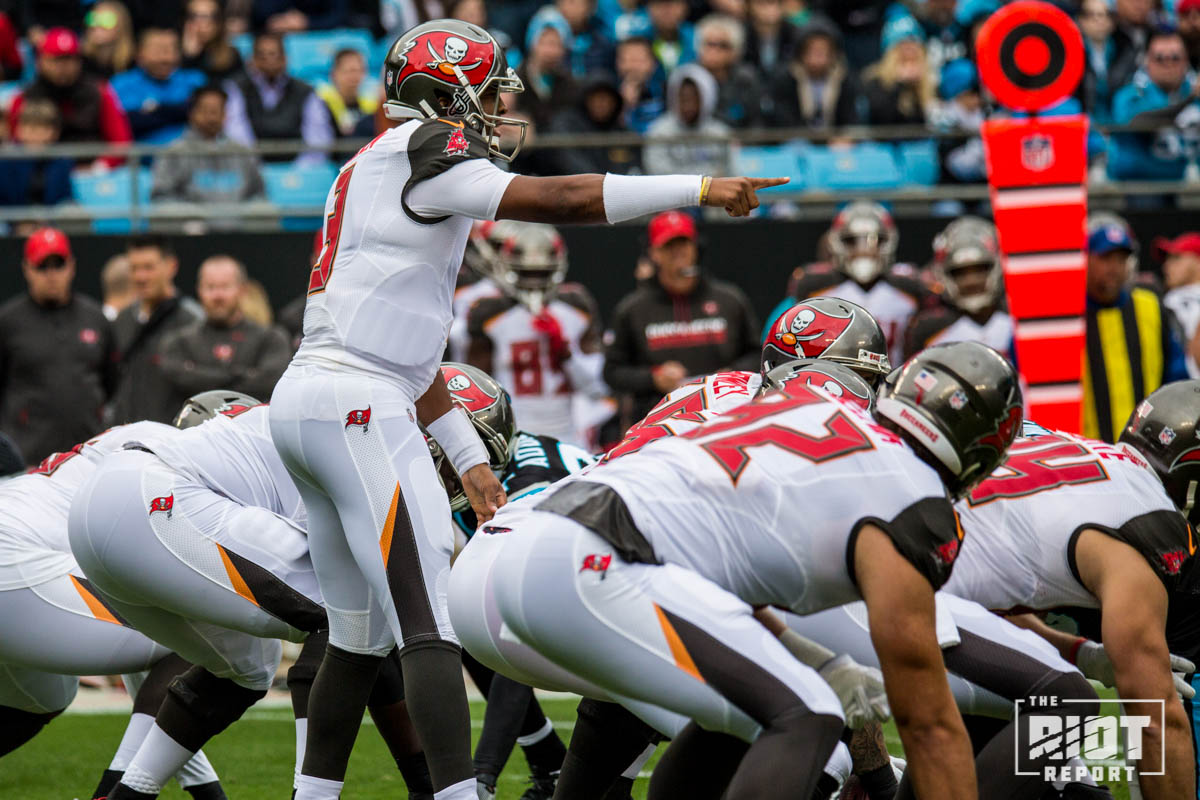 The Bucs actually ran the ball quite well against the 49ers, but what they did not do very well was throw the ball. While that gives the Panthers a real opportunity when it comes to pass defense, it is crucial that the Panthers don’t allow the Bucs to keep ahead of the chains on the ground and instead force them to throw the ball early and often.

This was an issue the Panthers faced in the second half against the Rams – while in the first half they were able to limit the Rams offense by taking away the run and putting the ball into the hands of a sub-standard quarterback, in the second half they allowed the Rams to pick up chunk yards on the ground here and there which took a lot of the pressure off of Jared Goff and made it hard for the Panthers’ pass rushers to pin their ears back and get after the quarterback.

Given the talent they have in the front seven, this shouldn’t involve any super-human effort. Instead, they need to stay in their gaps consistently and make their tackles; something they really struggled with at times against the Rams. If three-yard carries are consistently allowed to become five-yard carries, the Bucs will be able to sustain drives without having to rely on Winston, and while there is always a chance that the Bucs are able to get a great game out of Winston, the Panthers need to make the Bucs rely on their weakest link, and as with the Rams that happens to be the quarterback.

Up Next: The Quarterback Questions