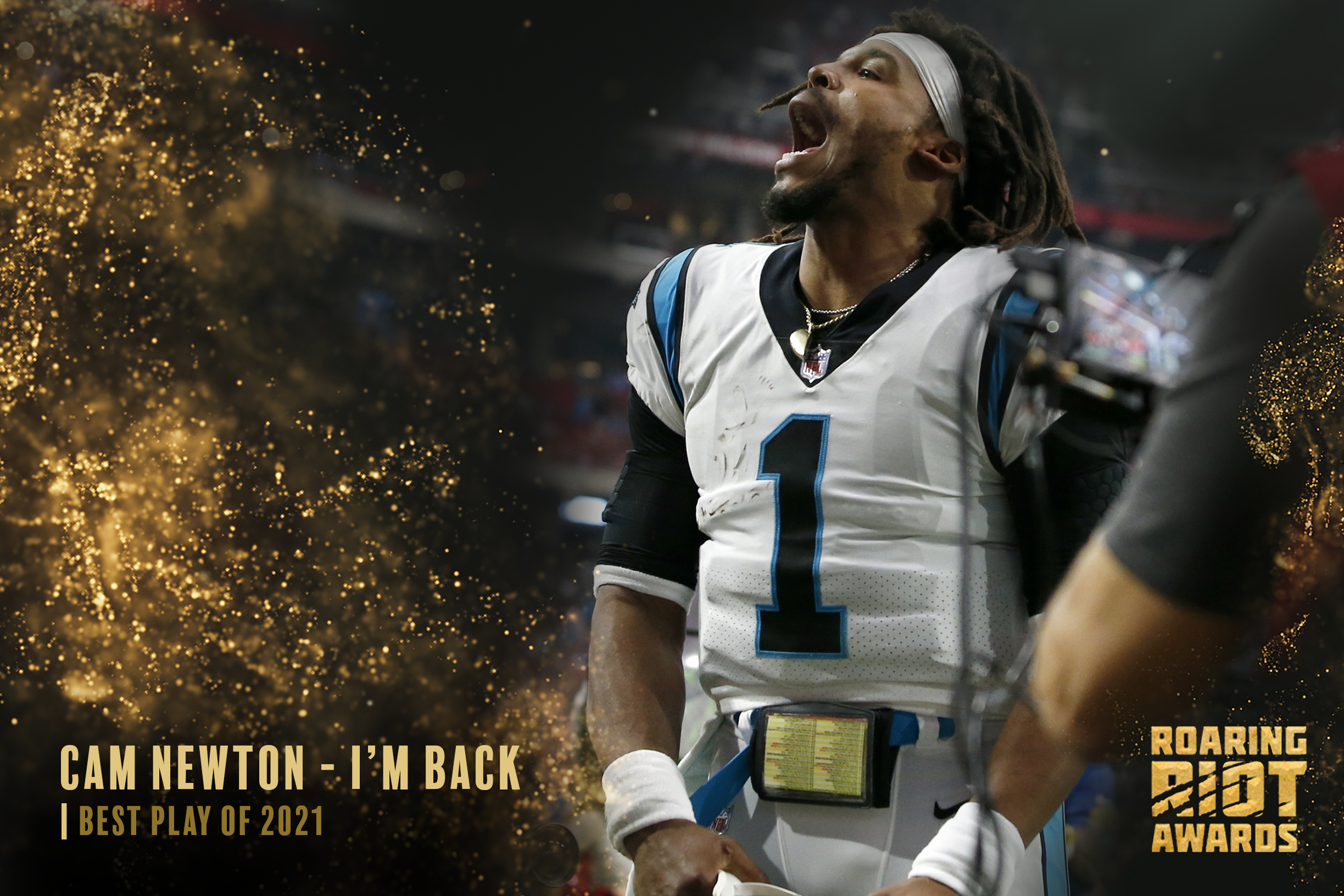 The second annual Roaring Riot Awards, which are voted on by the most loyal and rabid fans of the Carolina Panthers, honors the performances of those Panthers who have gone above and beyond both on and off the field. Wide receiver DJ Moore was named 2021’s Offensive Player of the Year, and the winner on the opposite side of the ball was 2021 Defensive Player of the Year Haason Reddick, with running back Chuba Hubbard capturing the vote for 2021 Rookie of the Year.

But when it came to the best moment of 2021 for the Roaring Riot, there really was no doubt.

While the rest of the season may have gotten away from Cam Newton and the Panthers, in that moment – from Newton jogging into the huddle to the return of the Sunday Giveaway – everything was perfect for Carolina Panthers fans.

A 4-5 team heading out west to take on a Cardinals team that looked poised to make the leap to NFC contender, the Panthers turned to a familiar face in Cam Newton, who had been unceremoniously released by the Panthers in March of 2020, to turn their season around after starter Sam Darnold broke his shoulder blade and hadn’t played well since leading the Panthers to a 3-0 start.

And in his first time touching the ball after signing as a free agent just three days earlier, Newton delivered. Even the most decorated player in Panthers history realized that his scamper for a score felt like it was out of a script for ‘Superman Returns’ rather than a football game.

“Man, I’m telling you,” Newton said after the game. “You can’t make up a lie this good.”

The touchdown was one thing – the Panthers wouldn’t relinquish the lead in what turned out to be their final win of the season – but the cathartic yell of Newton announcing that he was back, likely echoed by Panthers fans around the world sent goosebumps down the spine of the Roaring Riot….and they rewarded Newton with the Play Of The Year.