The Key Spot Where Joe Brady Is Letting The Panthers Down 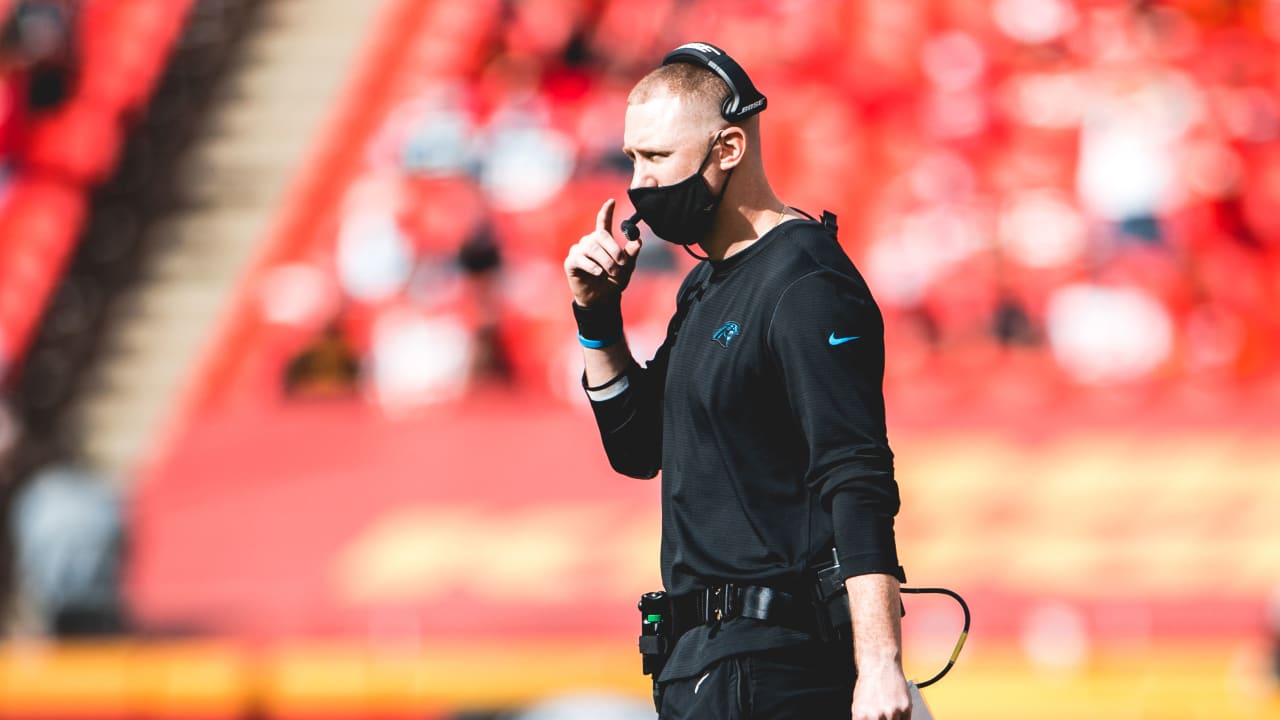 After the Panthers fell 17-3 against the Bears back in 2017, then coach Ron Rivera commented that the game had come down to three plays – the Bears’ two defensive touchdowns and a long reception by Tarik Cohen to set up the Bears’ only offensive points.

But he was wrong. While it’s somewhat understandable that a defensive coach like Rivera might focus on the three plays that led to Bears’ points, ultimately that game, like almost every game, was lost due a failure to execute on dozens of plays, not just three.

That 2017 loss stands in stark contrast with the Panthers’ loss to the Vikings in Week 12, where it was the Panthers who scored two defensive touchdowns and scored a touchdown on a long catch-and-run by Robby Anderson, but yet still came away as the losers.

Again here, the Panthers could point to a handful of plays to account for their loss: the blocked kick, the missed field goal at the end and the pass behind DJ Moore on third down in the red zone are obvious examples. Or they could point at the failure of the defense to keep the the Vikings out of the end zone on their eventual game winning drive. However, as with that game in Chicago a little over three years ago, this game was lost by failures over the course of the entire game, not just a handful of mistakes.

Ultimately, if you only score one touchdown on offense, you aren’t going to win many games. And while Phil Snow has taken the brunt of the blame for not sending enough pressure during that final Vikings scoring drive, the offensive side of the ball deserves a deeper look for their role in the Panthers eight losses this year. 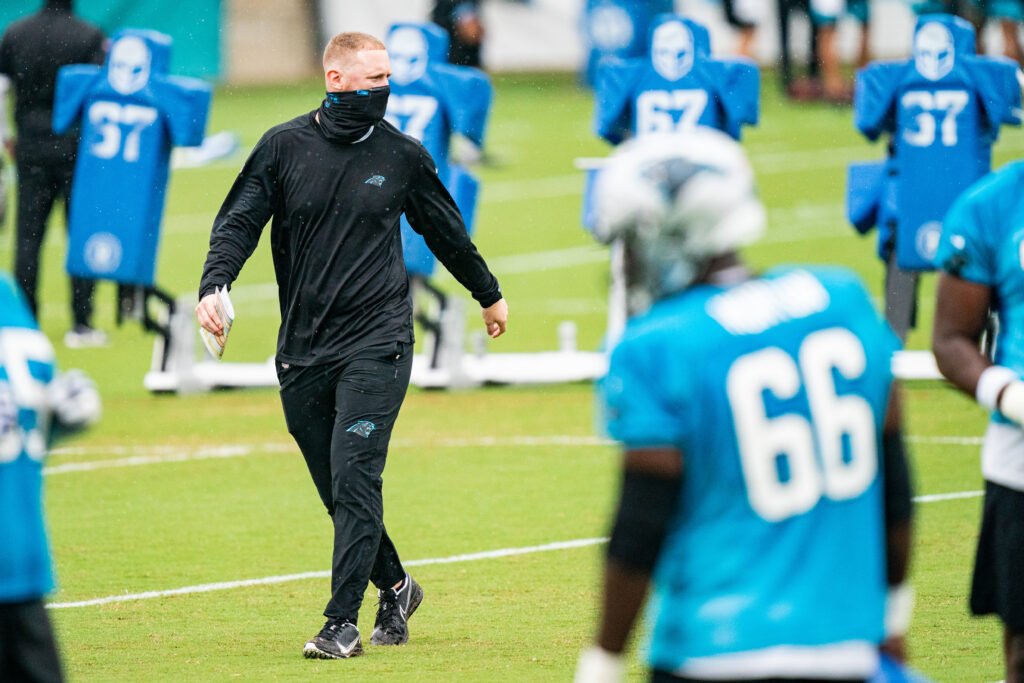 The Panthers offense has been something of a mixed bag so far in 2020 – this is really something that should have been expected to some extent, given that Joe Brady is in his first season as a playcaller and also his first in being heavily involved in designing an offense at the NFL level.

However, while the injuries to Christian McCaffrey and along the offensive line have held them back at times, it is hard not to be a little disappointed with the Panthers’ offensive output after putting extensive free agency and trade resources into bringing in a wide receiver, quarterback and left tackle.

But what’s harder to pinpoint is exactly where the Panthers have gone wrong.

The Panthers rank in the top half of the league in passing yards per game (14th), yards per completion (11th), sack percentage allowed (11th), completion percentage (3rd) and quarterback rating (15th), and even though the run game hasn’t excelled with McCaffrey out, they still rank 17th in yards-per-attempt and 20th in yards per game – not great, but hardly a major weakness. It should be little surprise then that the Panthers rank 10th in scoring percentage and while their ranking of 17th in turnover percentage isn’t amazing, it is mediocre rather than poor.

So how then, given all this, do the Panthers manage to score just 2.33 TDs per game, better than only the Bears, Jaguars, Bengals, Broncos, Jets, Giants and Patriots – arguably the worst offenses in the league?

Well, some of this is due to the Panthers inability to convert in the red zone, ranking 25th in the NFL in this regard – no team had attempted more field goals than the Panthers through 12 weeks. But they have also struggled to convert third downs all over the field, ranking 19th in third down conversion rate. This means that while the Panthers average the longest average drive length in terms of time around the NFL, they rank just 14th in points per possession. 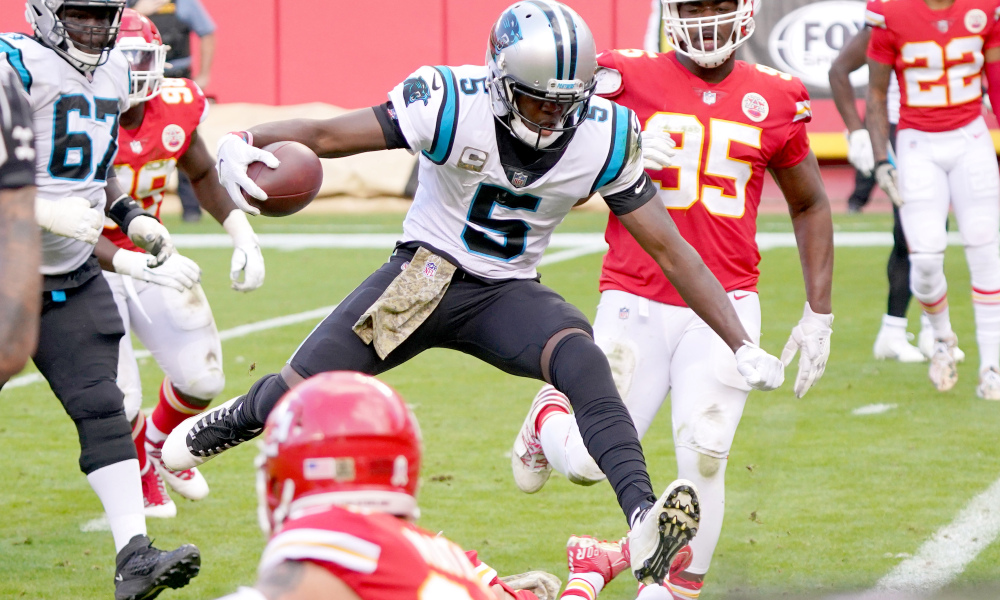 This can sound like a long list of statistics, and it is certainly true that using figures in this way can be used to show multiple pictures of the same scenario, but the problem the Panthers have ultimately comes down to the uncomfortable reality that the NFL isn’t really about yardage in and of itself, but rather in the consistency with which offenses can keep up with the chains.

This is where the Panthers have really come up short this season, and the game against the Vikings was a great example of this.

Conversely, on the third downs the Panthers did convert, they faced on average a 3rd-and-4, and gained a combined 12 yards on those five attempts. This essentially means that a typical unconverted set of downs is 1st-and-10, 2-and-10, 3rd-and-8, punt/field goal – whereas for a typical converted set of downs is 1st-and-10, 2nd-and-7, 3rd-and-4, first down.

This is a very small sample size but it speaks to a wider pattern. If the Panthers aren’t able to gain positive yardage on first down, they tend to either convert on the ensuing second down or to end up not converting at all.

So let’s take a look at what the Panthers are doing on second-and long.

That is not good.

Yes, there are absolutely times when it makes sense to run the ball in these situations – when teams set up with a under-manned box and there is a clear numbers advantage when looking to run the ball. However, it is clear from the data that the Panthers are horrifically under-executing in such situations.

Of the 29 times the Panthers have run the ball behind the chains on second down this season, they have managed to pick up just three first downs (10%) and average only 3.6 yards-per-play. By contrast, on the 118 times the Panthers have dropped back to pass on second down they have converted 31 times (26%) and have gained an average of 7.3 yards-per-play.

Now, you don’t need to be a statistician to know that the Panthers are more than doubling their production on second-and-long when passing compared to rushing. Running the ball on second-and-long is not something that is supported by the analytics community – while that shouldn’t be taken as gospel, it is clear that if you are going to run the ball in such situations you need to be doing so very effectively to justify it in terms of yardage, and the Panthers aren’t doing that right now. 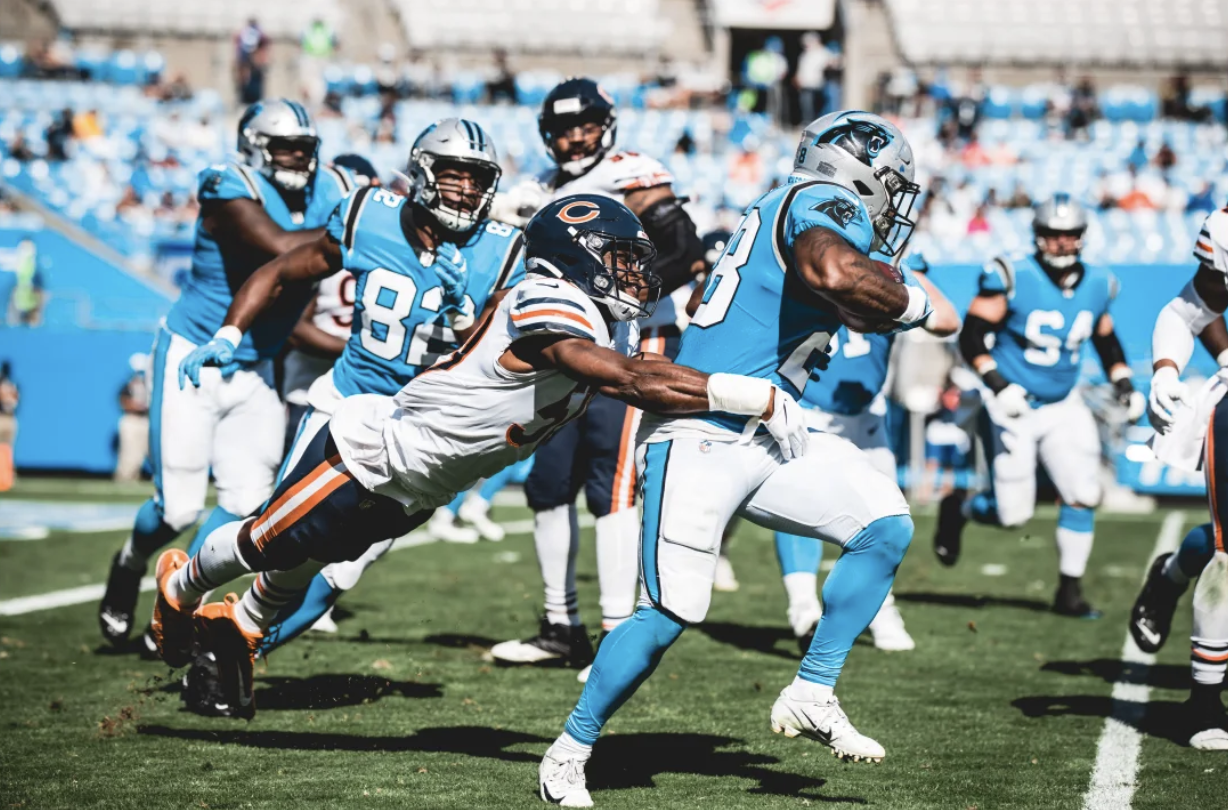 Yes, the Panthers have some personnel limitations on defense. Yes, the game management was quite poor against the Vikings. Yes, the offensive line does need significant investment this offseason.

But even given all that, the Panthers aren’t putting themselves in the best position to be successful on offense with their playcalling.

While their struggles in the red zone have rightly been focused on throughout the season, the Panthers’ biggest issues is turning promising drives into point-scoring opportunities on a consistent basis – a lot of that is about how they react when they get behind the chains early.

Ideally, the Panthers would do a better job of avoiding these situations (the fact that the Panthers failed to gain positive yardage 11 times on first down against the Vikings is not good) and also improve how they approach these situations in terms of play-calling, but if they are able to take a significant step in either regard, that should really help the consistency with which they are able to put points on the board both moving forward this season – and beyond.