Why The Panthers Loss To The Bears Came Down To More Than Three Plays, Part III: The Rest 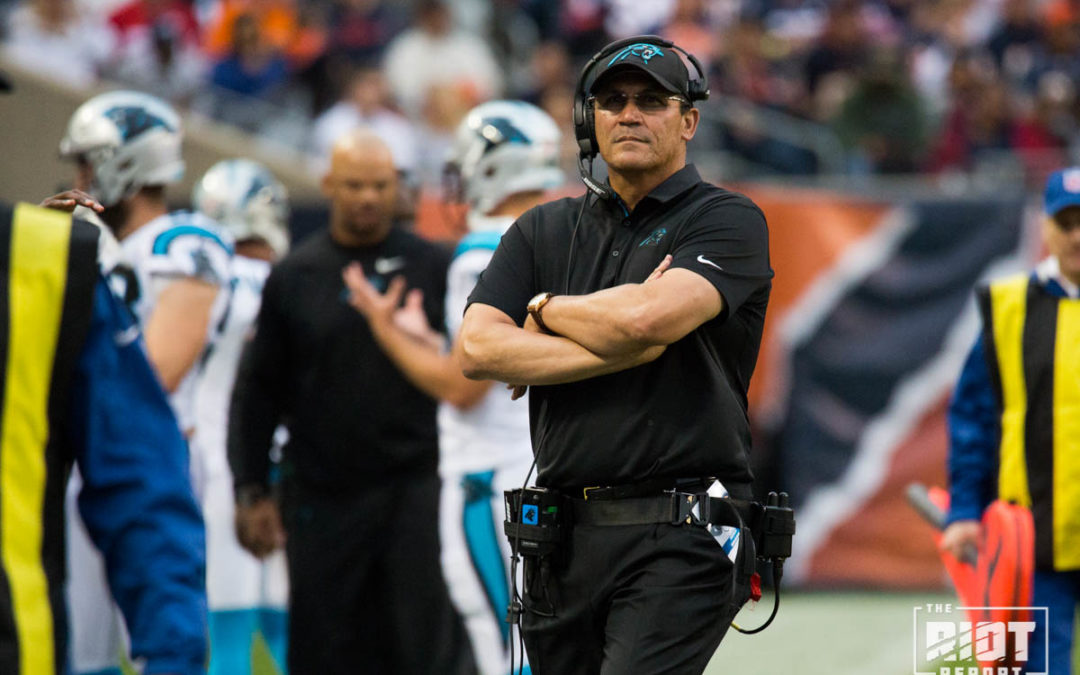 While the first two pieces in this series about the issues with the rushing and passing games in Chicago have focused almost exclusively on mistakes by the offensive coaches and players, the degree to which these mistakes can be directly attributed to those higher up the chain is minimal. However, that doesn’t mean that their mistakes are not part of what is hurting this offense. While the personnel decisions of Marty Hurney are almost impossible to evaluate over the course of one game, and as such, will not be examined in detail here, they should not be ignored. For now though, this article will examine how wider issues are also hurting the offensive output.

Teams commit penalties. That is a fact of football. However, some penalties are more concerning that others; there are some that are essentially bad luck, or otherwise unavoidable. The Bears were unlucky to get a sack called back for an accidental face-mask penalty and, while tackle Amini Silatolu did a lot wrong to get to this situation, the decision to hold the defender to avoid the sack on the following play is arguably not the worst:

However, some penalties speak more to the lack of coaching discipline, or pure player error. On the following play, there was no need for Benjamin to give away a flag in separating from his receiver, he should be able to do so using his large size to create leverage at the route height without having to resort to using his hands. Once again though, this speaks to a failing by either Benjamin or the position coach, not anything more.

Where things get harder for Ron Rivera is when the number of penalties given become exorbitant, such as was the case against Lions, or when the cause of the penalties is hard to ascribe to anything other than player discipline and preparedness. On the following play on Sunday, the Panthers have managed to get the ball well into the Bears territory with a few seconds to go before the half. They should have had time to get to the line, spike the ball and kick the field goal to make it an eleven point game at the half. Instead, this happens:

There is no reason for this to happen; the ball is caught by Kelvin Benjamin with twelve seconds to go, plenty of time to get everybody to the line and spike the ball and yet the Panthers fail to get it done. The Panthers should’t have used almost eleven seconds getting to the line, the lack of urgency is actually what prevents the field goal from being kicked; Shepard’s penalty is just the icing on the cake. He is clearly visibly frustrated, and while it would be easy to blame him individually for his mistake, it speaks to a wider issue with the coaching. The two minute drill is something that teams practice a lot, there is no reason for such mental errors, it should be second nature.

Of course, players make mistakes, and these things will happen occasionally, but the density of basic mental errors for the Panthers this year has been unacceptably high, and that goes for coaches as well as players.

The fact that clock management around the league in game-deciding situations is rather poor is hardly a secret, and as with much of what has been said in this series of articles these mistakes aren’t exclusive to the Panthers, but that doesn’t mean that they are not mistakes. This is especially true if a given team commits a particular error at a higher rate than the rest of the league, as has been the case with delay of game penalties for the Panthers this season.

While the numbers of delay of games by the Panthers hasn’t been exceptionally high, this is largely due to them using timeouts to prevent such penalties. This is not exclusive to the Panthers, but the rate at which it has happened to the Panthers this season has been remarkable and leads to situations liked the botched spike earlier, as the team then doesn’t have enough timeouts when they do need them. Rivera spoke to this after the Bears game, saying that the Panthers have struggled getting the technical side of play-calling to work. While this may well be true, the question has to be asked as to why this is happening to the Panthers more than other teams? 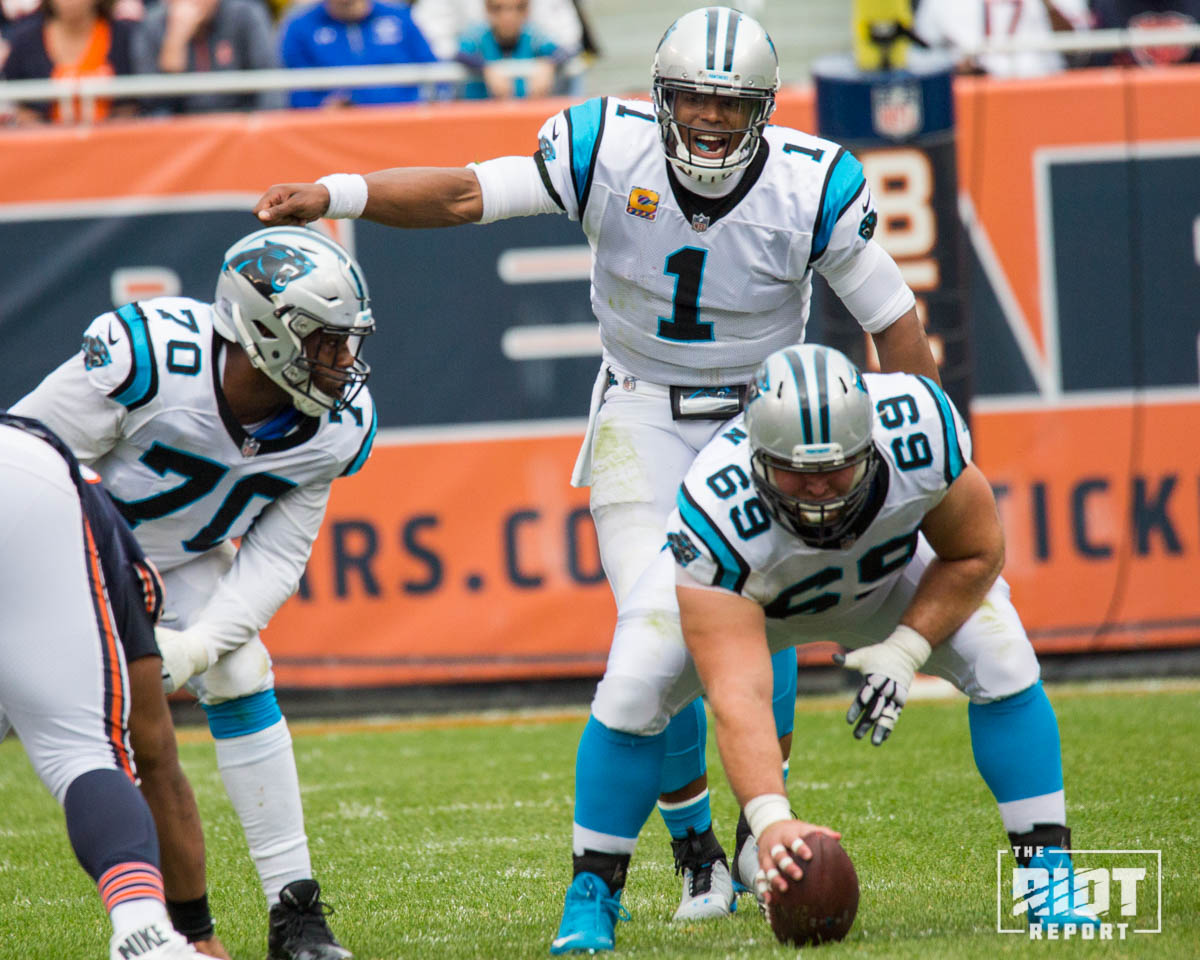 When Ron Rivera first started going for fourth downs more aggressively a few years ago, there were many who criticized this strategy; those people are frankly wrong. While on any given fourth down, the evidence might not be conclusive; over larger sample sizes it is clear that going for it on short fourth downs in opposing territory is the right thing to do. The Panthers’ failure to convert on 4th-and-2 should not change the attitude for the rest of the game.

While the numbers on attempting fourth downs inside your own half are less definitive, with less than ten minutes left and down by fourteen points, the Panthers decision not to go for a 4th-and-2 at their thirty-two was somewhat confusing. The Bears failed to convert on 3rd-and-1 but despite only running four plays were still able to run over two minutes off the clock. Had they picked up another first down that would likely have been at least four minutes. Either way, the Panthers were still likely to lose the game at this point, but punting the ball away and giving the opponent a chance to run the clock out achieves nothing. 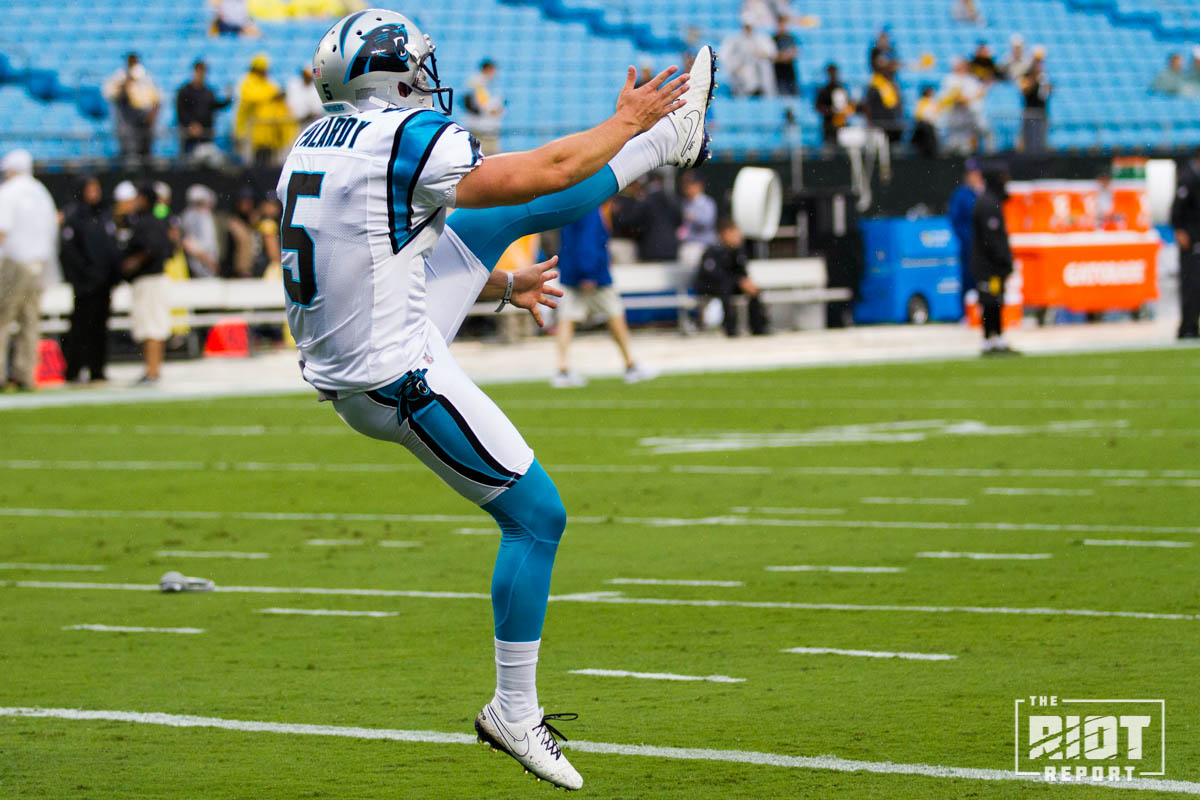 This mistake is maybe the most petty of those covered so far, but to claim that it didn’t increase the Bears’ chances of winning would also be false. Two yards is very achievable; aside from a busted play, it should be a given. While turning the ball over would likely have been game over, allowing the Bears to pick up a first down after the punt would have done just as much harm.

None of the mistakes covered in these three pieces led to the Panthers losing against the Bears, but rather the totality of them. While Rivera is not without reason in saying that three plays were hugely detrimental in the attempt to win the game, they did not make it impossible on their own. Had the Panthers made better decisions about when to run and when to pass they would likely have stood a far better chance at staying ahead of the chains. Had they executed better from a player standpoint they would have likely not turned the ball over three times. Had more intelligence been used in designing plays then they might well have been able to move the ball more efficiently.

These mistakes are not irreparable but, like almost everything in life, recognizing what mistakes were made is the first step in fixing them.