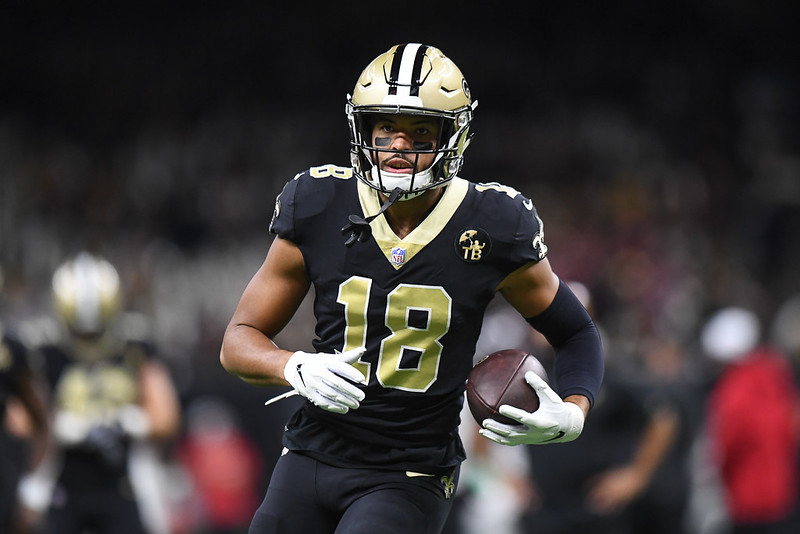 The Panthers continue to add free agents to mold the roster in Matt Rhule’s visage and this time, they’ve reached out for someone he’s very familiar with – the Panthers have agreed to terms with former Saints wide receiver Keith Kirkwood, who was coached by Rhule at Temple University and was with the Saints when offensive coordinator Joe Brady was an offensive assistant in New Orleans, Kirkwood’s agents announced via social media.

Kirkwood had been pursued by multiple teams after the Saints chose not to tender him an exclusive rights free agent offer this offseason, according to Adam Schefter.

The 6-3, 210 pound wide receiver, who caught 87 passes for 1,319 yards and 11 touchdowns over his final two years with the Owls at Temple, joins Seth Roberts as part of the Panthers’ free agent wide receiver class in 2020 – if both of them play a role in the offense, but it would be as a third, fourth or even fifth option behind DJ Moore and Curtis Samuel.

Kirkwood finished his rookie season third among on the Saints in receptions (13), receiving yards (209) and receiving touchdowns (2) after being signed as an undrafted free agent but spend most of 2019 on injured reserve with a hamstring injury suffered during the Saints’ Week 1 matchup with the Texans.

Kirkwood ran a 4.45 40-yard dash at his Pro Day and has the size to play either in the slot or on the outside – with Joe Brady’s knack for stretching the field both horizontally and with the deep ball, a player like Kirkwood could find a role…or he could simply be added to the roster as training camp competition after signing only a one-year deal. In one of the deepest wide receiver draft classes in recent memory, Kirkwood will likely have to compete with Roberts, roster carryovers like Brandon Zylstra and a draft pick for a spot on the 53-man roster.

Since Kirkwood was a non-tendered ERFA, he would not count towards the Panthers’ compensatory pick formula.