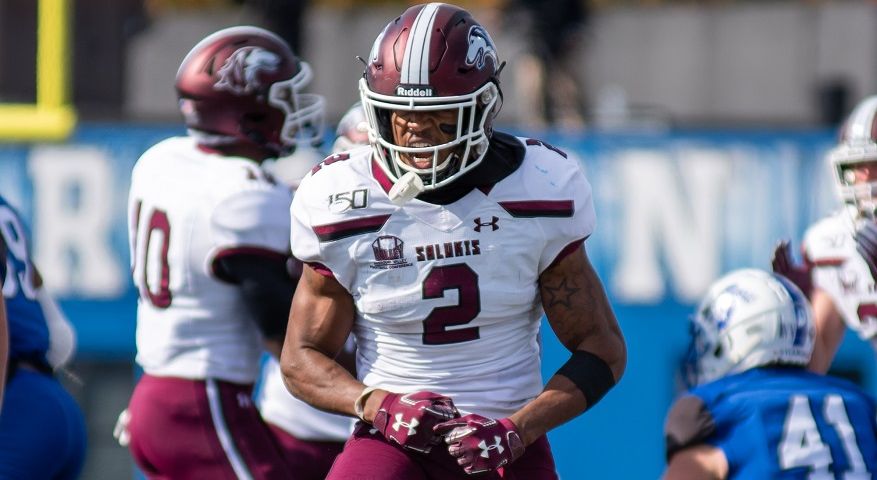 Coming out of Fishers High School in Indiana, Jeremy Chinn was officially named a “zero star recruit”, despite being an All-State honoree as a senior by the Associated Press and an All-Metro Super Team defensive back by the Indianapolis Star in 2015. Chinn had zero FBS offers and only three total.

How things have changed – Chinn has gone from being a player dying to be noticed to someone his new team valued so highly they had to trade back into the second round to get him. And he hasn’t forgotten when he was the one who was forgotten.

“100 percent,” said Chinn via teleconference with the Panthers media after being selected on the second day of the draft. “That will be with me for the rest of my life. 100 percent.”

And he won’t forget what the Panthers did to come and get him.

“That’s big time,” said Chinn. “Coming into a program that just believes in me and trades up to get a guy like me is something I’m excited about. For them to take a chance on me, Carolina’s going to get everything out of me.”

Carolina chose Chinn with their second selection in the second round. The team wasn’t scheduled to select again until the third, but the team traded their third-round pick (No. 69) and their fifth-round pick (No. 148) to the Seattle Seahawks to move to the 64th pick overall because they weren’t sure Chinn would be there at their original spot. Marty Hurney said that they didn’t see a specific team in front of them who might steal Chinn, but they weren’t willing to take the chance to lose him, especially after they’d acquired the 148th pick from Washington in the trade for quarterback Kyle Allen.

Earlier in Round 2, the Panthers also selected defensive end Yetur Gross-Matos who, along with Derrick Brown, will help to address some of the issues on the defensive line. While the Panthers re-signed Tre Boston and signed Juston Burris, the team still needs some help in the secondary.

The Panthers released veteran Eric Reid last month after two seasons with the team and #1 corner James Bradberry walked in free agency. In the Salukis defense, Chinn played at safety, at the nickel cornerback spot, and even at linebacker. For Southern Illinois, Chinn was a two-time first-team All-Missouri Valley Football Conference selection along with a consensus All-American nod in 2019 after a senior season where he recorded 71 tackles, 2.5 for loss, team-high four interceptions, three pass breakups.

Panthers head coach Matt Rhule has said he wants versatile players on his defense and Chinn is exactly that – think of him as Isaiah Simmons lite.

“We look at him as a guy that can be trained as a safety and as a nickel SAM,” Rhule said. “He’ll be able to go out and play #2 to the field, he’ll also be able to come back in nickel and dime and maybe even defend some of the backs and tight ends.”

Although he can play at a number of different spots, Chinn says he is most comfortable at the position he has played the last two seasons.

“For the last two years, I played both safety positions as far as the secondary,” Chinn said. “I played corner as well. But I think primarily at safety [is where I’ll play] and I’m just excited to get rolling there.”

Chinn got on the Panthers radar last September and October when their scouts looked at his Southern Illinois game tape. From there, Rhule and Panthers general manager Marty Hurney saw Chinn down in Mobile, Alabama at the Senior Bowl and they believed he would fit in well with what the team wanted to do defensively. 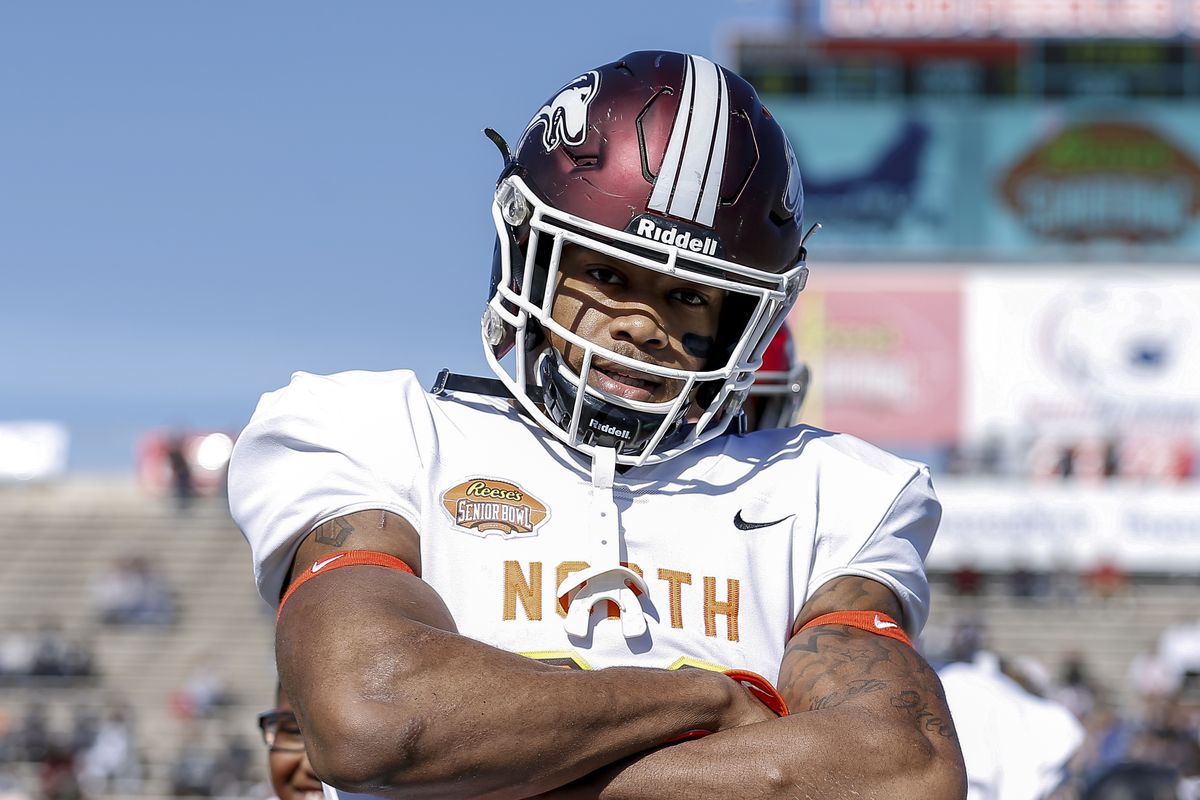 When he met Rhule, Chinn said he had a great conversation with the head coach as he also talked to some other coaches from the Panthers coaching staff during the process. Carolina also attended Chinn’s Pro Day back in March as their relationship continued to blossom from there.

Chinn checked all of Rhule’s and Hurney’s boxes as he was a player they liked from the moment they watched him – and seeing him compete against some of the best players in the nation confirmed their thoughts.

“Rare height and speed. He has been a multi-year captain on the leadership council, so he is someone that’s an elite person – but you don’t find guys that are that big that run that fast,” Rhule said. “For me, at least, going to the Senior Bowl, seeing him play safety, press man, play man-to-man against the best wideouts in the country – I think the things we will be able to do in this defense with him, he is kind of a positionless player for us right now.”

Going through the pre-draft process, when Chinn needed a person in his family to rely on for advice, he could turn to a Pro Football Hall of Famer.

Chinn’s uncle is Steve Atwater, who played 11 seasons in the NFL, most notably for the Denver Broncos as an eight-time Pro Bowler for the team. During his football career, Atwater has been a mentor for Chinn.

“I have been able to talk to him just about how life is about to change, before being an NFL athlete to afterward,” Chinn said. “He has answered a lot of things throughout the process.”