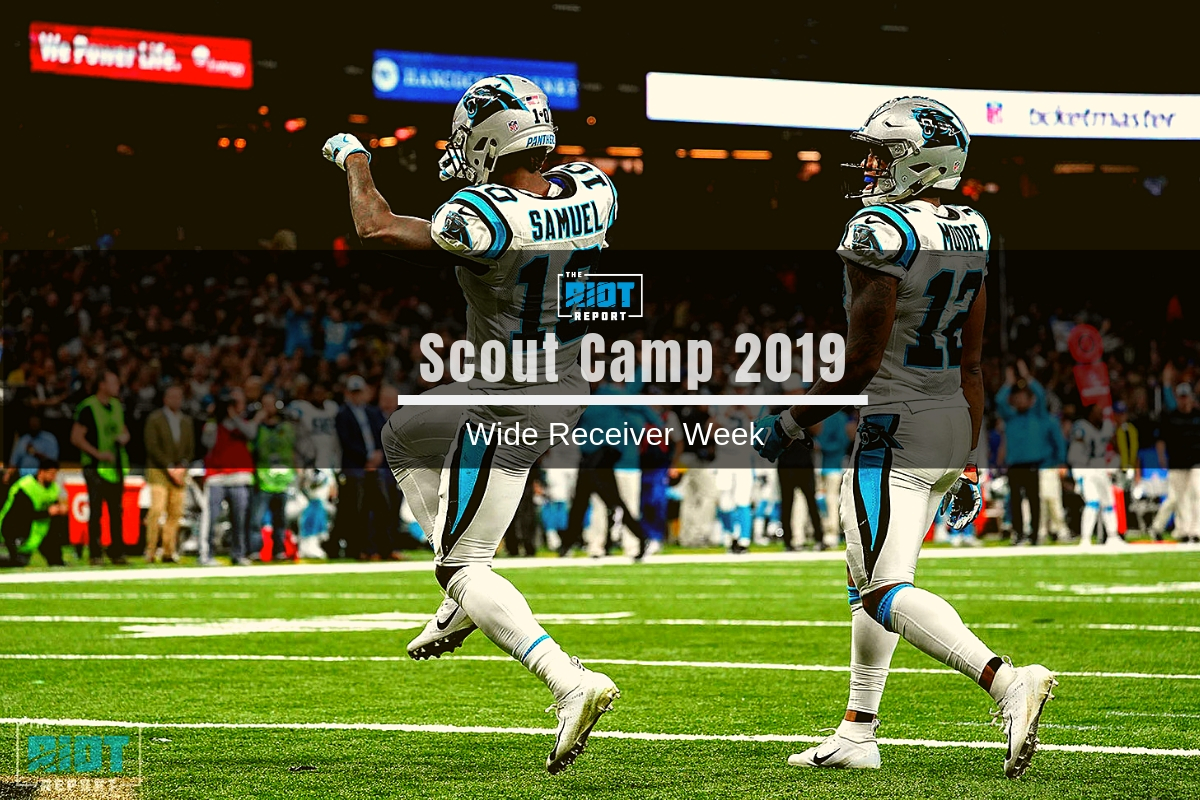 With the Panthers’ offseason coverage kicking into full gear here on The Riot Report, we’ll be analyzing a new position each week – we’ll be taking a look at who’s currently on the roster, who the Panthers might target in free agency, or have already signed depending on where we are in the offseason, and the crux of our offseason content, a full draft suite of coverage that ranges from a constantly-evolving big board to individual player breakdowns to a weekly podcast to – when we get closer to the draft – mock drafts aplenty.

But before we can examine who the Panthers should add to their roster, we’ll have to take a look at who’s already there.

We’ll be starting our coverage with a position that was long considered a huge need for the Panthers, but after consistently adding ‘weapons’ to the roster to help Cam Newton guide the team’s offense forward, are they now looking for wide receiver depth instead of a player to be the sole focus of the offense?

Heading into 2019, the Panthers currently have approximately 6.5% of their cap taken up with the four wide receivers expected to be on the roster next season – that’s DJ Moore, Curtis Samuel, Jarius Wright and Torrey Smith; apologies to Mose Frazier, DeAndrew White and Andre Levrone. 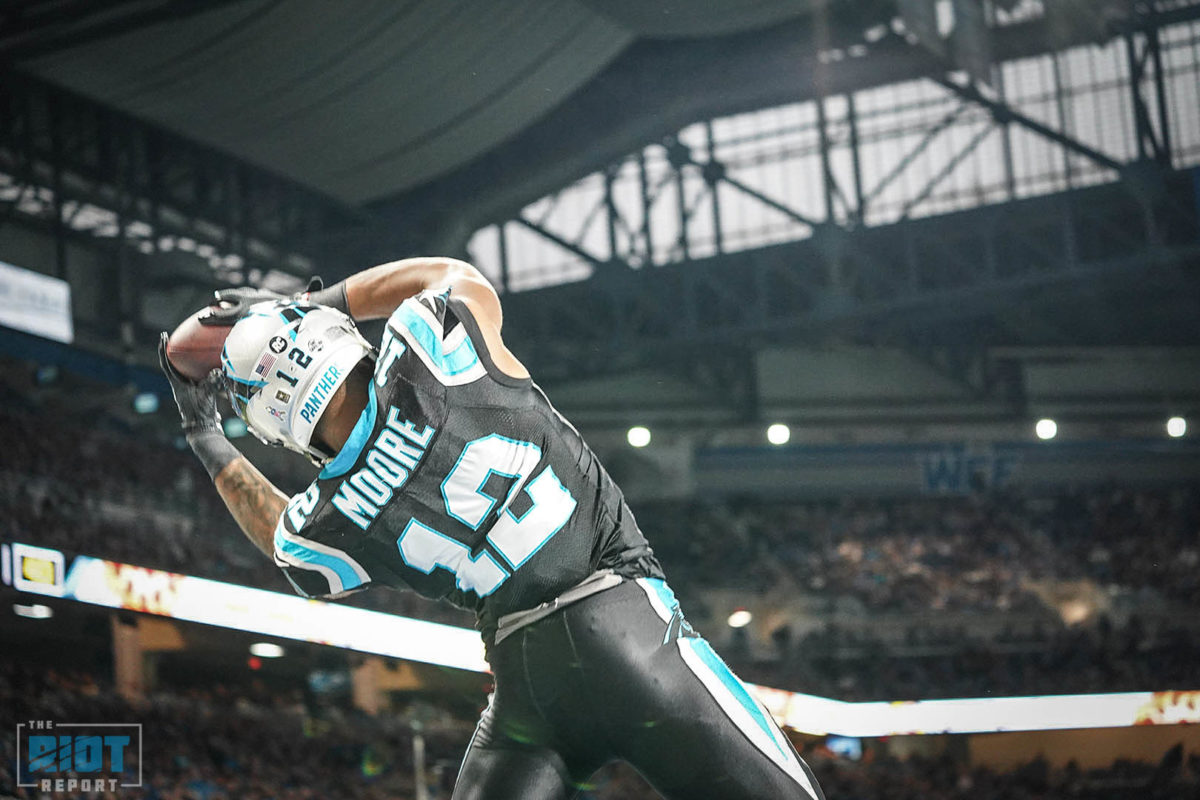 While it took them almost half the season to get there, the duo of rookie DJ Moore and second-year wideout Curtis Samuel proved their worth at the top of the depth chart over the final eight weeks of the season. After a slow start – Moore had only 24 total touches for 237 yards in his first six games before breaking out for 129 total yards in Week 8 against the Ravens and starting every game the rest of the season – the first receiver selected in the 2018 Draft would finish as the #1 rated rookie wideout according to Pro Football Focus with 55 catches for 788 yards, with an additional 172 on the ground, on the season.

Moore played the most snaps of any Panthers wide receiver in 2018.

“Nobody wrapped up, so I just kept going.”

Curtis Samuel, who missed the first four weeks of the season after having surgery to correct an irregular heartbeat, was slowly worked back into the offense but showed a penchant for the spectacular with seven touchdowns on only 47 touches throughout the entire season, including crossing the goalline four times in his first five games on minimal (11) touches. While offensive coordinator Norv Turner made clear to point out that Samuel was still working his way back into shape, once he was able to take his full complement of snaps, the duo of Samuel and Moore led the wide receiver group in snaps from Week 8 until the end of the season.

Samuel had 20 catches for 293 yards – including a 53-yard touchdown catch – over his final five games of the year.

It was their ability to make plays after the catch – Moore led all NFL WRs in YAC per reception in 2018 with 7.9 yards according to NFL’s Next Gen Stats and even more impressive, that was three yards more than the ‘expected’ YAC – while Samuel regularly turned in eye-popping plays like his 33-yard double reverse in which he traveled over 100 yards on his way to the end zone – that made them so dangerous, it will be key that the young duo make strides in route-running and improve their hands to make even better targets for Newton going forward.

Both Moore and Samuel are on their rookie contracts and are inexpensive given their worth in the Panthers’ offense. 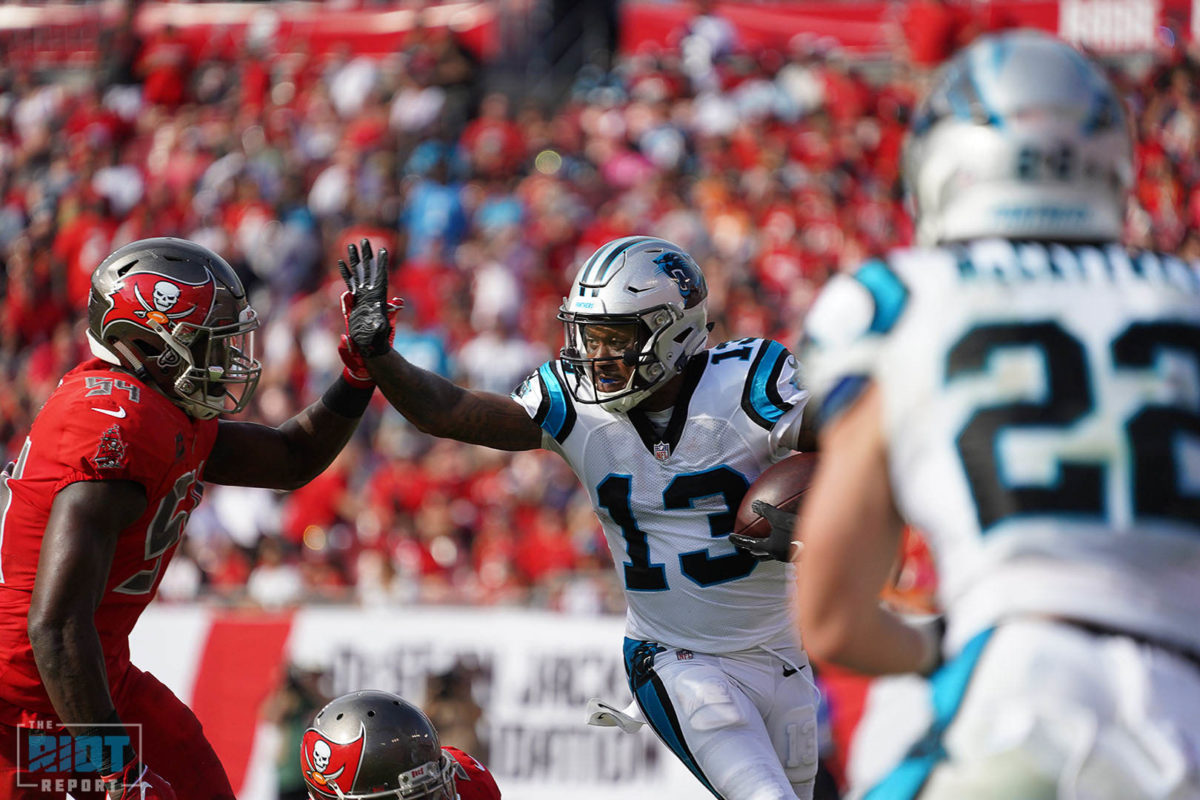 Jarius Wright came in advertised as ‘Mr. Third Down’ and certainly lived up to the billing – his 72.9% catch percentage led the team’s wide receivers and of his 43 catches, 22 went for first downs, with 13 of them coming on either third or fourth down. Wright was clearly the team’s first read on certain crucial third-down plays and he was dangerous when lining up in the slot – expect him to be back to lend his veteran presence to the young duo who will likely be on the field the most.

Perhaps the biggest question mark will be 30-year old Torrey Smith, who was signed to be the team’s deep threat but suffered a knee injury in the team’s win over Philadelphia – coincidentally his best game – and midseason surgery forced him into a limited role; after 16 receptions in the team’s first six games, Smith would only have on the rest of the season, including sitting out four contests before being pressed back into duty due to other injuries.

Wright signed a three-year, $7.5m deal last offseason and will count for $2.46m against the 2018 cap, while Smith’s $5m contract is non-guaranteed, which makes him the most likely of the four top options to be a cap casualty. 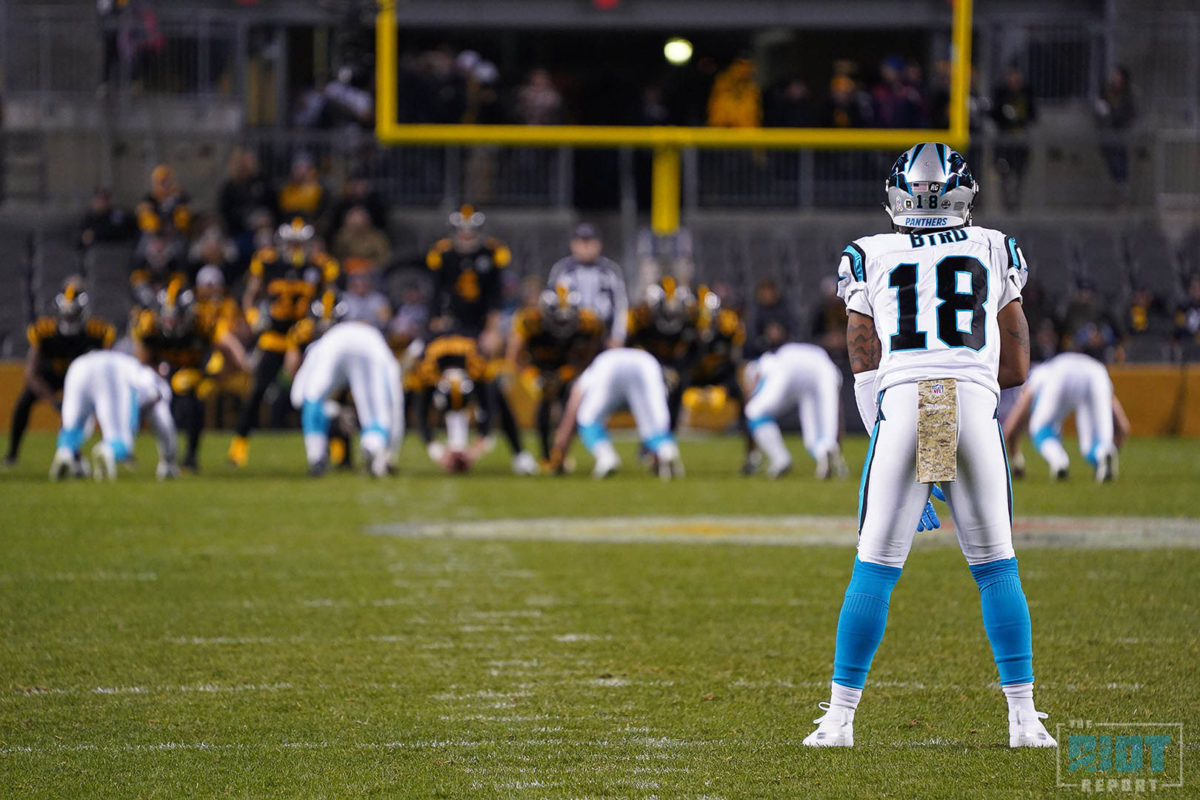 Fan favorite and seemingly-always-on-the-bubble return specialist Damiere Byrd is a restricted free agent, but the often-injured – he’s been on injured reserve three times in two years – 26-year old will likely not cost much for the Panthers to bring him back to, at the very least, compete in training camp for yet another season. Mose Frazier has spent most of the past two seasons on the practice squad, each year being activated to the main roster when injuries pressed him to availability – players are only allowed practice squad eligibility for up to two years, with a third possible if the team keeps 53 on their roster at all times.

Devin Funchess, the team’s leading receiver since he was drafted in the second round of the 2015 draft, will hit free agency – after being inactive for the final game of the 2018 season, it would be a shock if he returned.