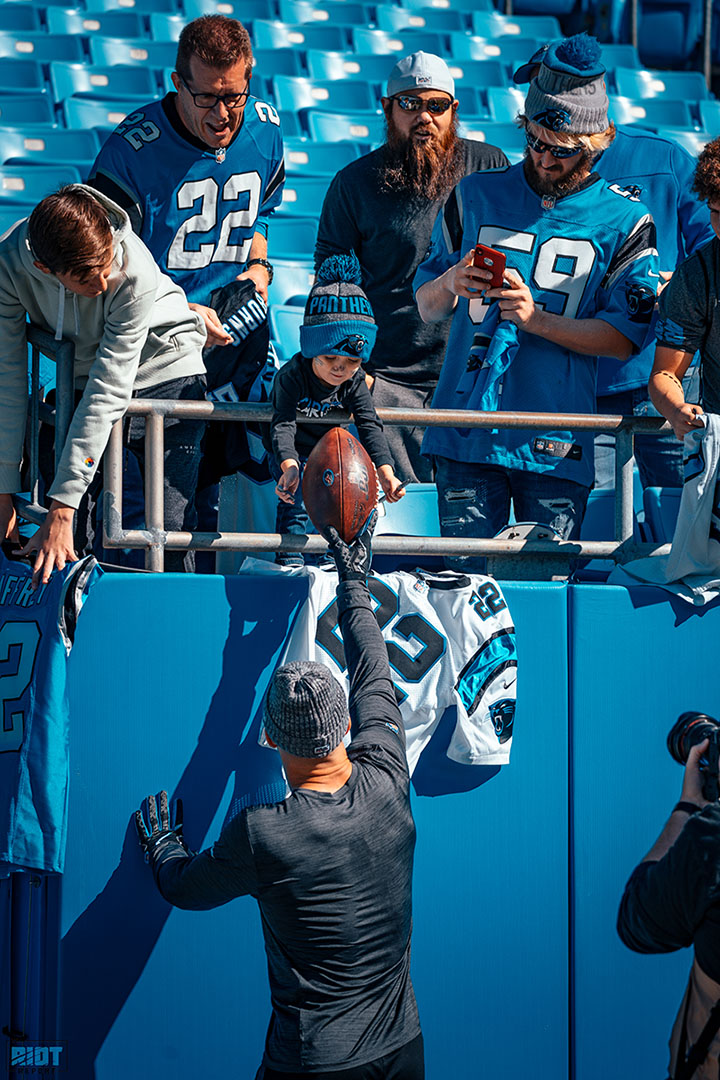 When David Tepper purchased the team, it was clear he wanted to make the Carolina Panthers an international brand.

An announcement made today by the NFL may be the next step in that direction as the Panthers have been awarded exclusive international marketing rights in Germany starting in 2022, making the country part of Carolina’s “home marketing area” – other teams awarded rights in Germany are the Patriots, Buccaneers and Chiefs.

The Panthers will now be allowed to hold watch parties or football camps, and to start cooperating with sponsors in Deutschland.

“We’ll explore several ways to show up even more in Germany, deepening our connection with our existing fans, bringing the Carolina Panthers closer to other NFL fans in the country, and turning more German sports fans on to our great game.”

In 2019, the Panthers launched a German version of their website as well as social media accounts to share Panthers content in order to help grow the fanbase in Germany, where the Roaring Riot boasts the German Riot, which is the second-largest chapter of the Panthers fan club outside of Charlotte. The German Riot, which also launched in 2019, is obviously very excited about the prospect of more interaction with their favorite team in their homeland. 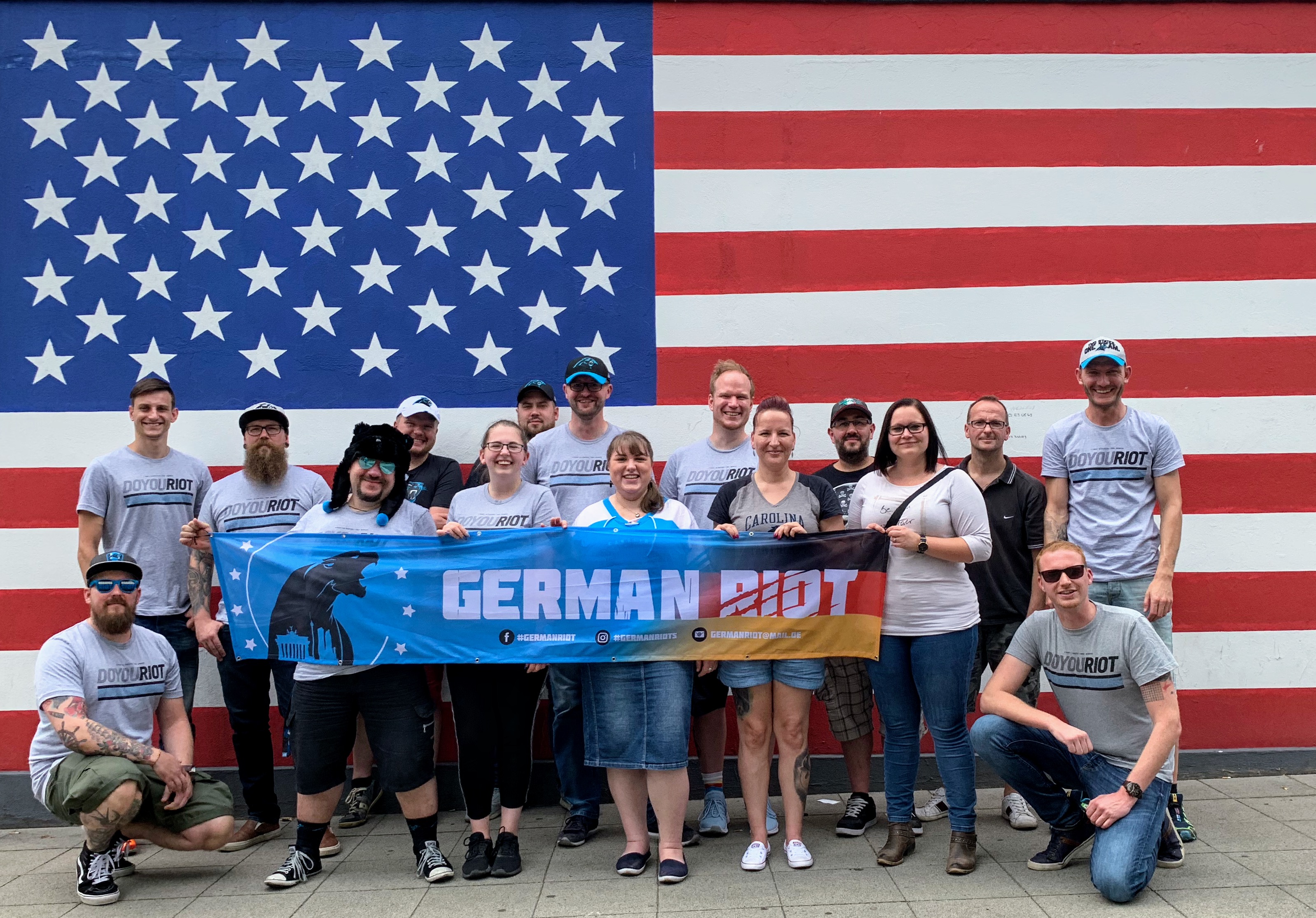 Some of the German Riot gathers for a watch party in Hannover in 2019.

“Two years ago we founded the German Riot and one of our big plans was and is to travel as a big group to Charlotte and see our franchise in Bank of America stadium,” said Tobias Dorf, president of the German Riot. “Because of COVID, it was not possible and now we will have the chance to welcome the Panthers and the whole Riot family here in Germany!”

“If this really happens, the biggest dream of all of us will come true! The Panthers fanbase grows and grows every year here in Germany. Football is becoming a big part of German sports and to see that the Panthers will be one of the first teams here makes all of us so proud!” 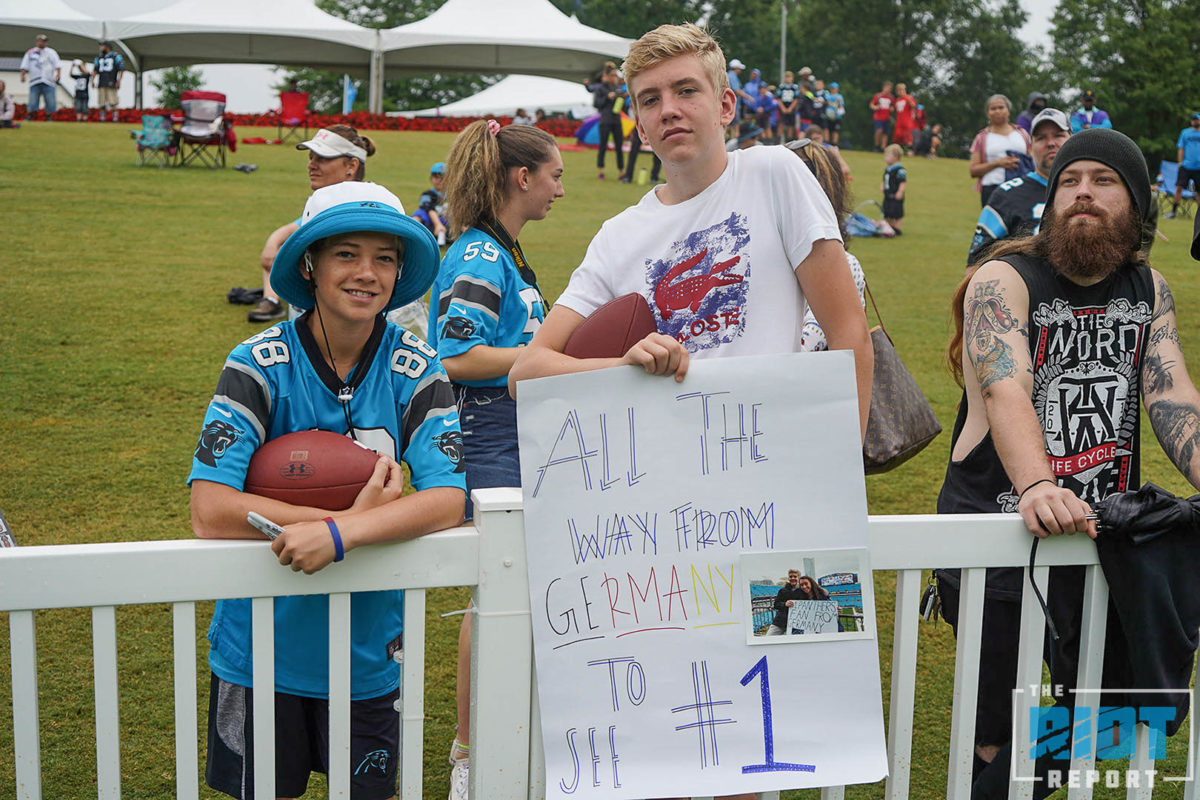 All the way from Germany!

“We are very excited about this news and it would be awesome to see our Panthers in Germany. A dream would be coming true and I believe we do all what we can do for a big black and blue party,” added Martin Krauskopf, a former leader of the group who recently traveled to see a game in Charlotte. “We saw in London what’s possible and Germany has a huge community [of] more active panthers fans. We have also the biggest European chapter of the Roaring Riot and look forward to [seeing] you all here in Germany.”

Düsseldorf, Frankfurt and Munich were selected by the NFL in October to bid against each other to host a regular-season game in 2022 and 2023. Members of the German Riot are confident that wherever the game is held in their home country, there will be clearly be a large contingent of Panthers fans. Over 800 Panthers fans traveled with the Roaring Riot to London in 2019 to watch them beat the Buccaneers – a game in Germany might garner even more of a turnout.

More will be announced in the coming months, but the next steps seem apparent: the Panthers are clearly in line to play a game in Germany, perhaps as early as next season.