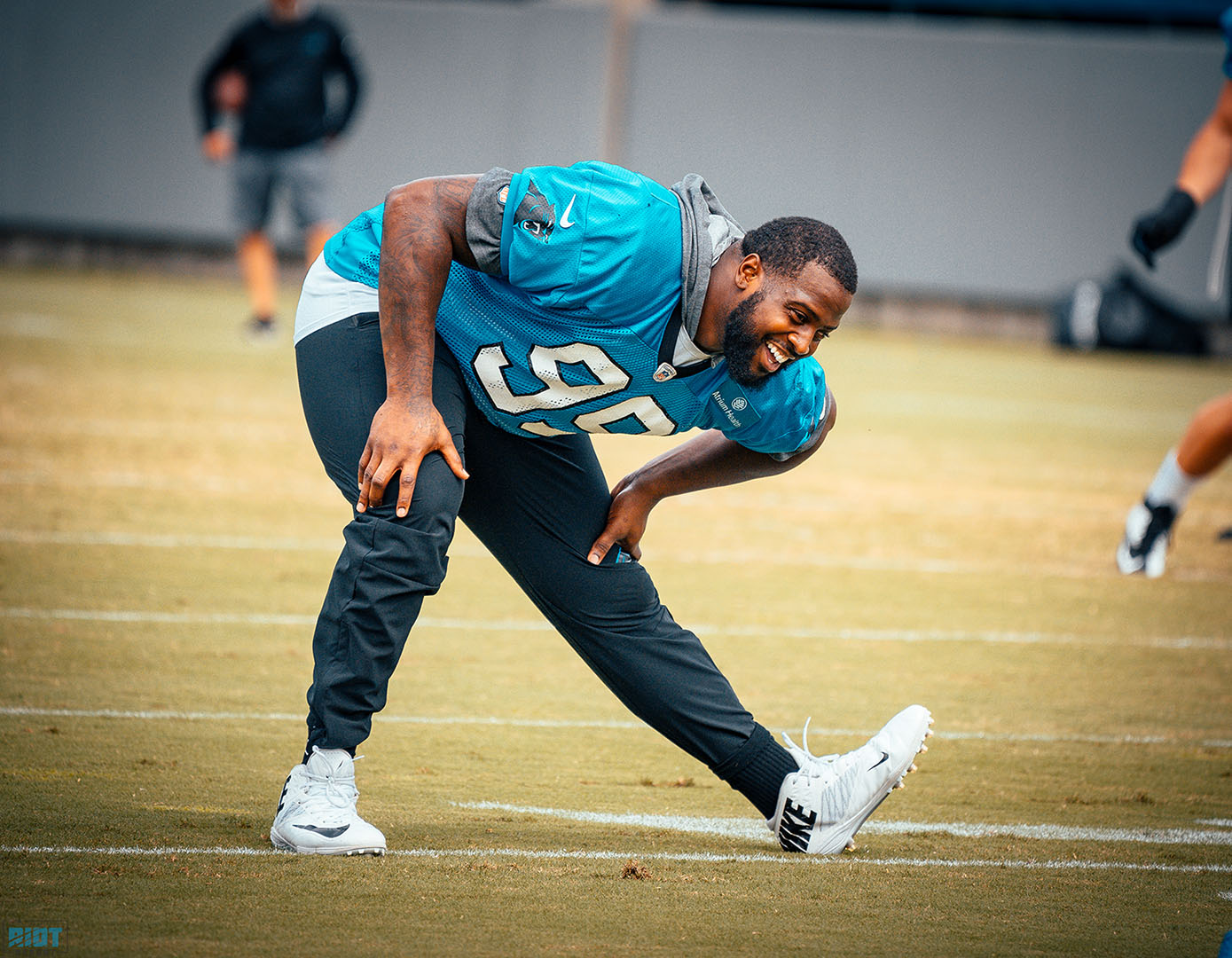 While Kawann Short, Rashaan Gaulden and Bruce Irvin are all key pieces of a revamped Panthers defense, the Panthers injury report has one glaring, glowing name on it at the top as franchise quarterback Cam Newton missed practice for the second straight day after re-aggravating the left foot sprain he suffered during Week 3 of the preseason – Ron Rivera did not provide an update or feel ready to name a starting quarterback for Sunday’s game at Arizona.

Newton, who has not accounted for a touchdown in four consecutive games dating back to last season, looked tentative as he had only two rushes for zero yards on Thursday night in the Panthers 20-14 loss to the Buccaneers; he has had five rushes for -2 yards on the season. If Newton can’t go, the Panthers will give second-year QB Kyle Allen the second start of his career – he completed 16-of-27 passes for 228 yards and two touchdowns in Week 17 of last season in a victory over a Saints team that had little to play for after they had already sewn up a playoff spot.

“Kyle is more than ready,” Rivera said Tuesday, adding on Wednesday that Allen had a good day of practice.  “Kyle did some really good things last year, showed us what he’s capable of. He knows the offense. So we feel confident about him.”

After working on the side yesterday, Short, Gaulden and Irvin – along with backup tackle Brandon Greene – were absent from practice on Wednesday. Tomorrow’s practice will likely reveal more about their game status; Rivera said that he assumed that the injury to Short happened during the Panthers’ Week 2 loss to Tampa Bay and it was still sore from Thursday night’s game.

Shaq Thompson, who worked on the side yesterday, is not listed on the injury report.

Check out the full injury report: