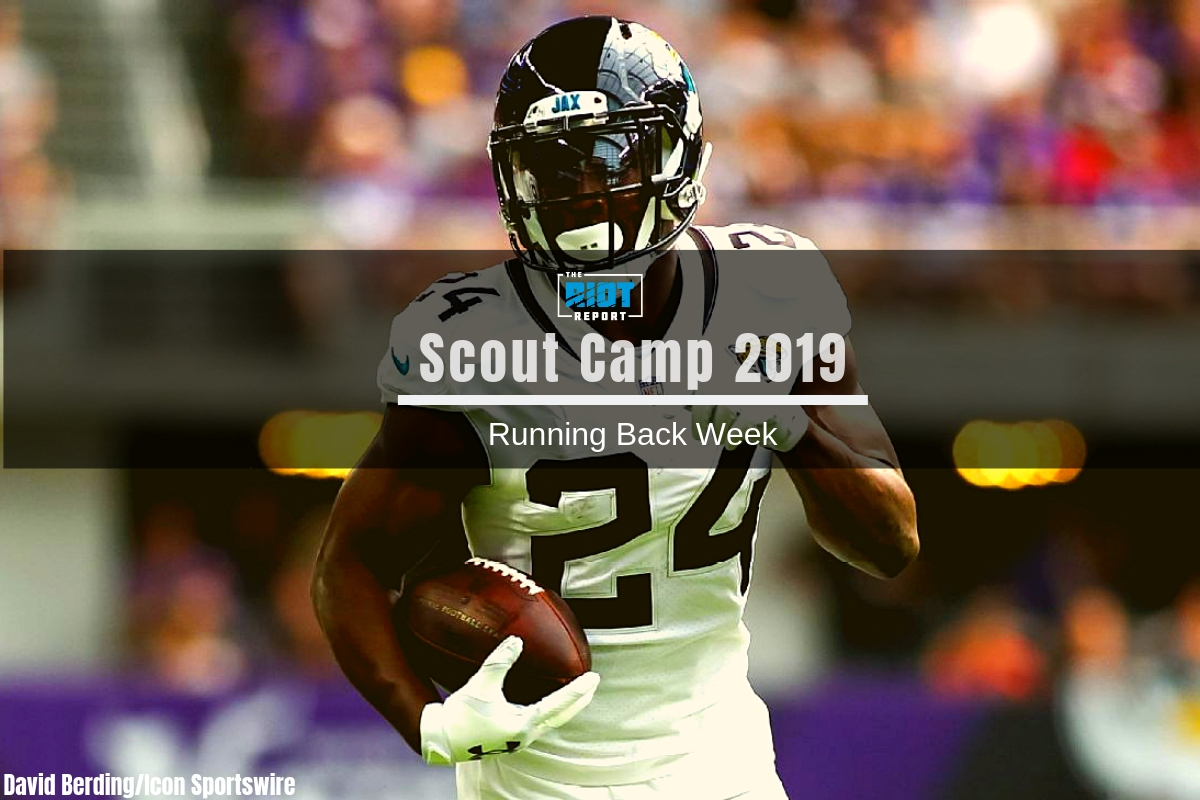 As the 2018 season wore on, much was made about the league-high 91.3% of the offensive snaps that second-year running back Christian McCaffrey was on the field for during the season – that number was even higher before the transcendent running back sat out almost the entirety of Week 17. While Ron Rivera wasn’t unhappy with the results that the high workload for their bellcow resulted in – a franchise record for total yardage, the most receptions for a running back in NFL history and a second-team All-Pro nod – he realizes that getting McCaffrey some plays off will be important going forward.

While the amount of touches doesn’t bother Rivera – McCaffrey had 82% of the team’s running back touches even after sitting out most of that final Saints game – getting McCaffrey a breather on plays he won’t be touching the ball is at least being acknowledged by Rivera as a need heading into 2019.

“Understanding what Christian did last year, how many reps he played, that’s something we do have to be concerned with,” Rivera said recently. “Him touching the ball was no concern, it was just the extra plays.”

“So we have to look at that and find a way to take that load from him.”

While many are quick to point out that CJ Anderson could have taken some of those snaps last season – that wouldn’t be a false statement – if Rivera is serious about finding someone to take carries and plays away from McCaffrey, they’re going to have to add someone to the roster. While there are multiple draft options that would make sense, should the Panthers choose to use some of their very limited cap space – they’d likely be looking for players who are making a million dollars or less as they have the second-least amount of cap space in the NFL until Matt Kalil’s post-June 1st release which will grant them an additional $7.25m on June 2nd.

However, one thing to remember is that the way the cap is calculated, when the Panthers make a signing, they’ll be gaining the cap room from whichever player that signing is replacing in the “Top 51” – so a $1m contract only costs the Panthers $450k in cap space if the lowest contract is $550k; so while there’s not a lot of room to work with, there are some players that fit into the category of “available, cheap, capable and offering at least some upside” – expect the Panthers to add at least one more running back before off-season activities begin as Reggie Bonnafon and Elijah Hood are the only RBs on the roster behind McCaffrey as it currently stands.

These names may not be as exciting as Le’veon Bell – or even Matt Paradis – but they’re likely the aisle Marty Hurney and the Panthers will be shopping on for the rest of the spring. 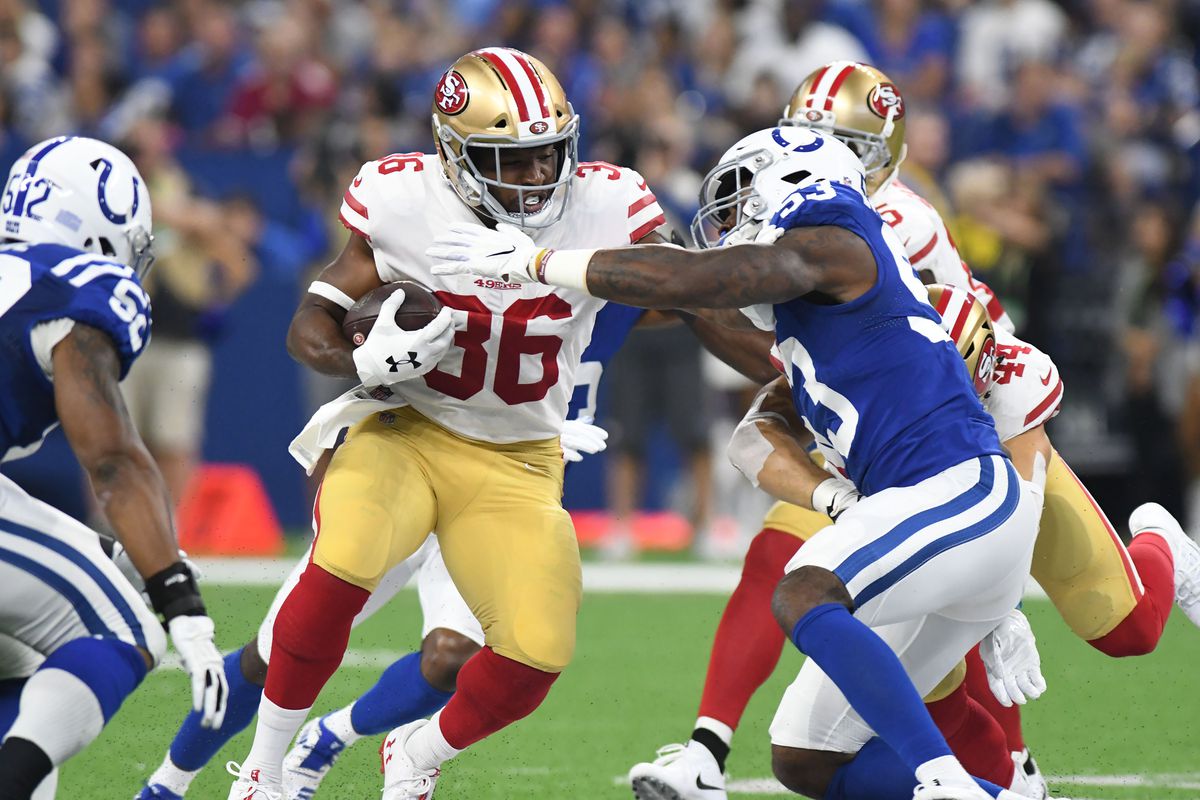 As Vincent Richardson suggested in his piece regarding realistic free agent targets, Morris makes a lot of sense – and an extra month on the market, particularly in one that still has many other running backs available, may make his contract numbers even more palatable. Here’s what Richardson had to say about Morris:

“While definitely past his prime at 30 years old, Morris was once again effective as a rotation piece in San Francisco, averaging 3.9 yards per carry on 111 carries with a couple of scores and even a handful of receptions. Given that he is likely to be available for around the $790,000 figure he played for last season, what Morris offers is highly affordable depth. Additionally, he is a far better fit with McCaffrey than Artis-Payne was, as a more natural downhill runner, with the red zone offerings a natural path to carries behind CMC. This isn’t a signing that is likely to make a huge splash, but it would make a lot of sense.”

The Panthers paid CAP $746k to back up McCaffrey last season, it seems fair to assume they’d pay Morris that same amount in 2019. 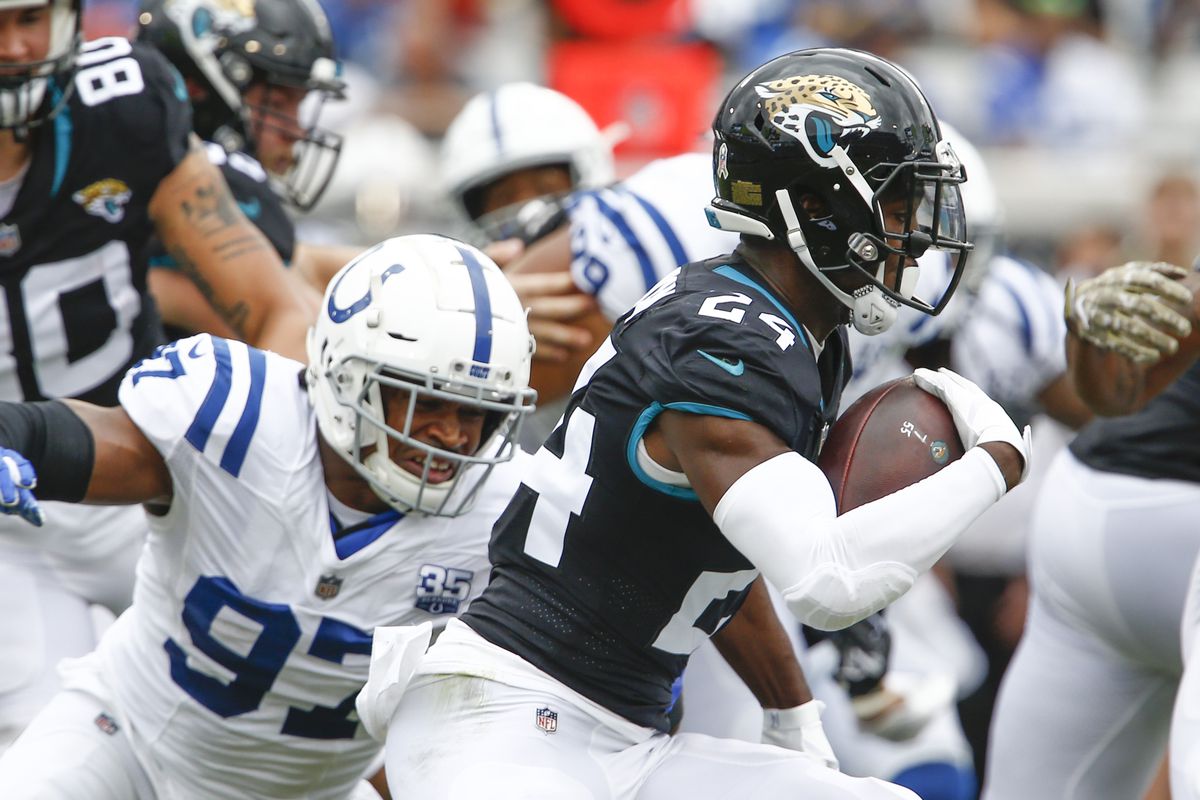 While Yeldon may not have lived up to the second-round pick the Jaguars spent on him, he has always been a solid receiving option out of the backfield – he’s never had less than 30 receptions in a season and had his career high with 55 last season even as the Jags made him a healthy scratch the final two weeks of the year with his time in Jacksonville coming to an end – the team also made the 25-year old inactive the first six games of 2017 after drafting Leonard Fournette fourth overall to replace him in the backfield.

If the goal is truly as Rivera stated at the scouting combine and the Panthers aim to find a running back with a similar skillset to McCaffrey, Yeldon certainly fits that bill – and with his age and draft pedigree, he carries a certain amount of upside as well. 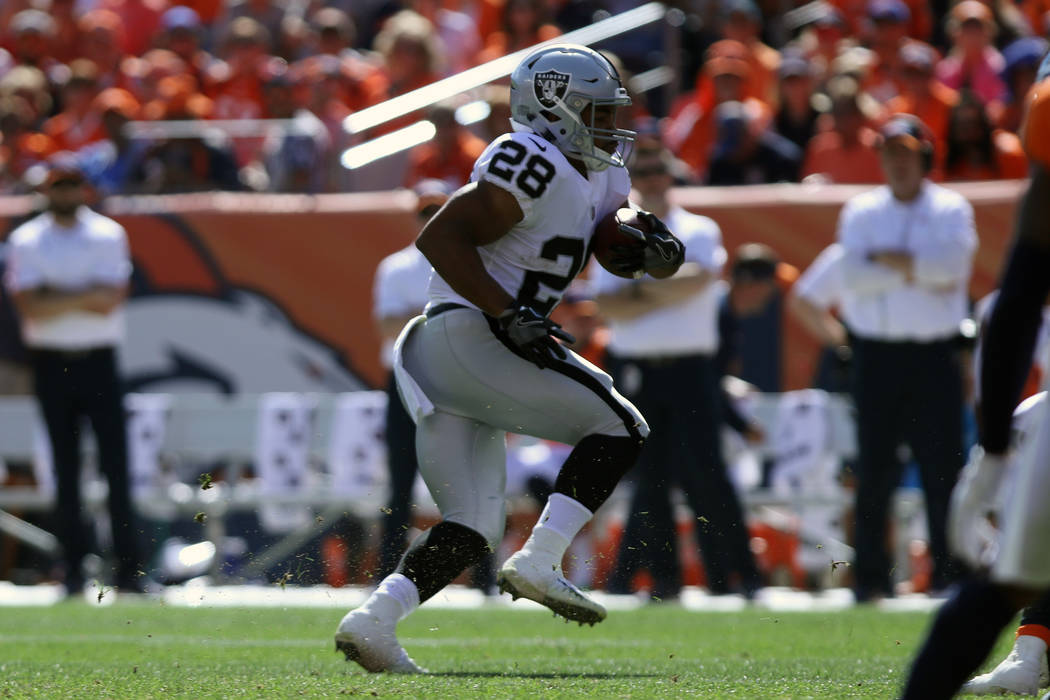 With Martin entering the next stage of his career at 30 years old, he may be looking to sign on a short deal as a backup as opposed to looking for a starter’s role elsewhere – much like CJ Anderson did last season and Martin himself did with the Raiders in 2018; when Marshawn Lynch went down with an injury, Martin filled in and averaged over four yards per carry for the second half of the season and capped the campaign with back-to-back 100-yard efforts. Martin signed with the Raiders for $1.475m last season, if he’s still available in a month, that price may be even lower – certainly the right number for a backup that could step in and perform should McCaffrey go down with an injury or provide some respite for him when he needs the occasional play off.