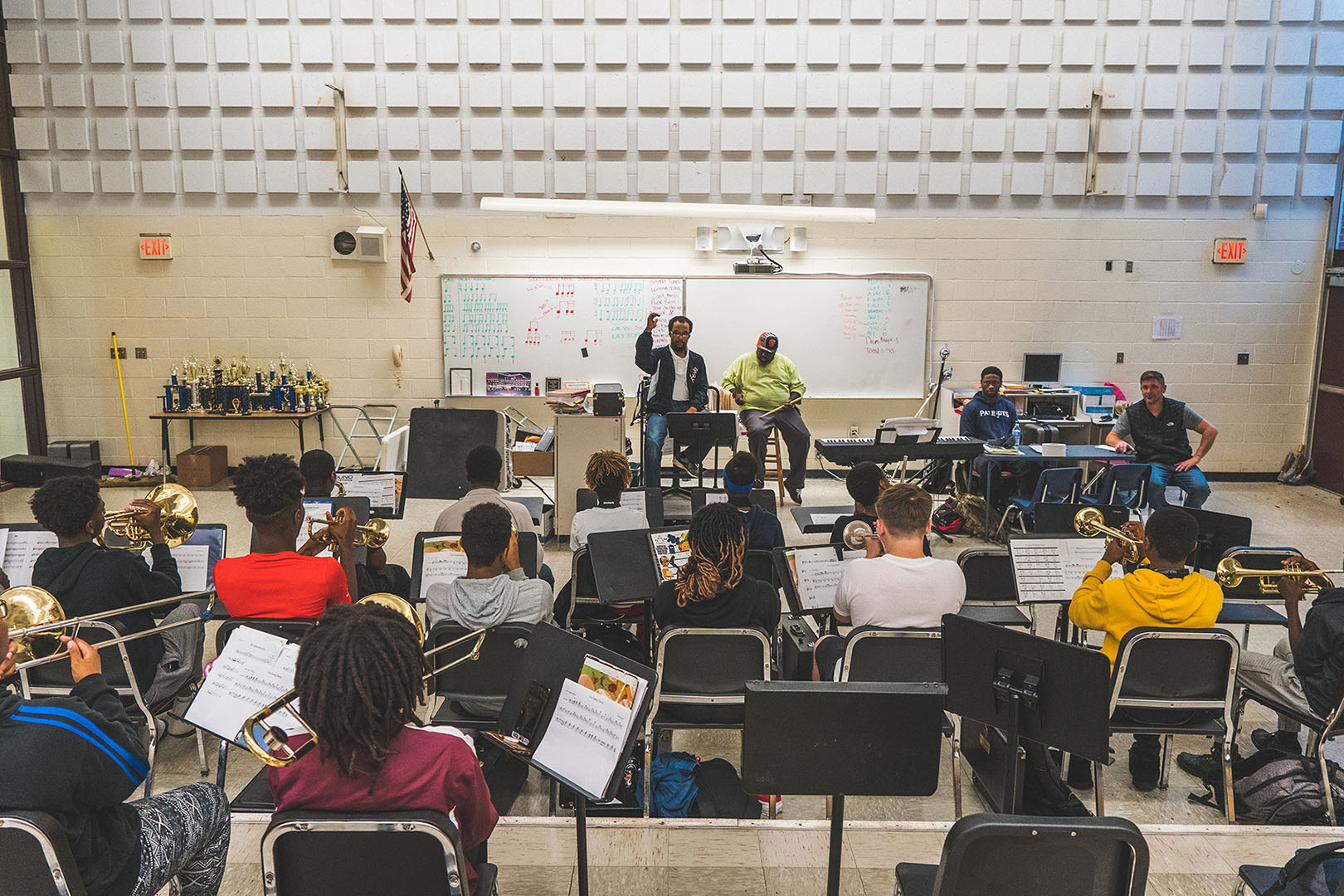 The Roaring Riot has been throwing their ‘Homecoming Weekend’ celebration for the past three seasons.

When Ringleader of the Riot Zack Luttrell began the tradition, he envisioned it as an opportunity for Panthers fans around the country who would only come back to attend one game at Bank of America Stadium to unite as one and get a chance to come together with their friends and Roaring Riot family from around the world – but this season, he saw an opportunity to do so much more.

“With the Roaring Riot Foundation coming into existence before the season, we thought we’d have a really cool opportunity to do something special for our Homecoming,” said Luttrell, who is also Executive Director of the foundation. “So we reached out to our friends at West Charlotte, whose band we’ve been lucky enough to have help us march to the stadium after every tailgate through the Pep in our Step program – and invited their whole crew to join us at the game on Sunday.”

The Roaring Riot Foundation donated 65 tickets to the West Charlotte High School Marching Band for this Sunday’s game against the Tennessee Titans so that the students can sit together in a large block included in the Roaring Riot section – for some of them, this will be the first football game they’ve ever attended.

“It was really surreal….To actually have the opportunity to just march to the stadium, that was really, really hype for me,” said Adam Sobers, Director of Bands at West Charlotte. “To take it a step further and then to bring them in, it really is a dream come true.”

The Roaring Riot Foundation‘s mission is to create memorable, once-in-a-lifetime experiences for their fellow fans in need, where the fundraising and Away Game Experiences world of the Roaring Riot meet to enhance the community. Earlier this season, the Foundation provided an all-expense paid trip to London for Saundra and Chancellor Lee Adams.

“I know what it means for these kids – sometimes, they’re not afforded the opportunities,” said Sobers. “You hear that all the time, but it’s the reality, man, and that reality smacks me in the face everyday.”

“So to be able to expose them to this is everything.”

Find out how to learn more about the Roaring Riot Foundation and how you can help donate.