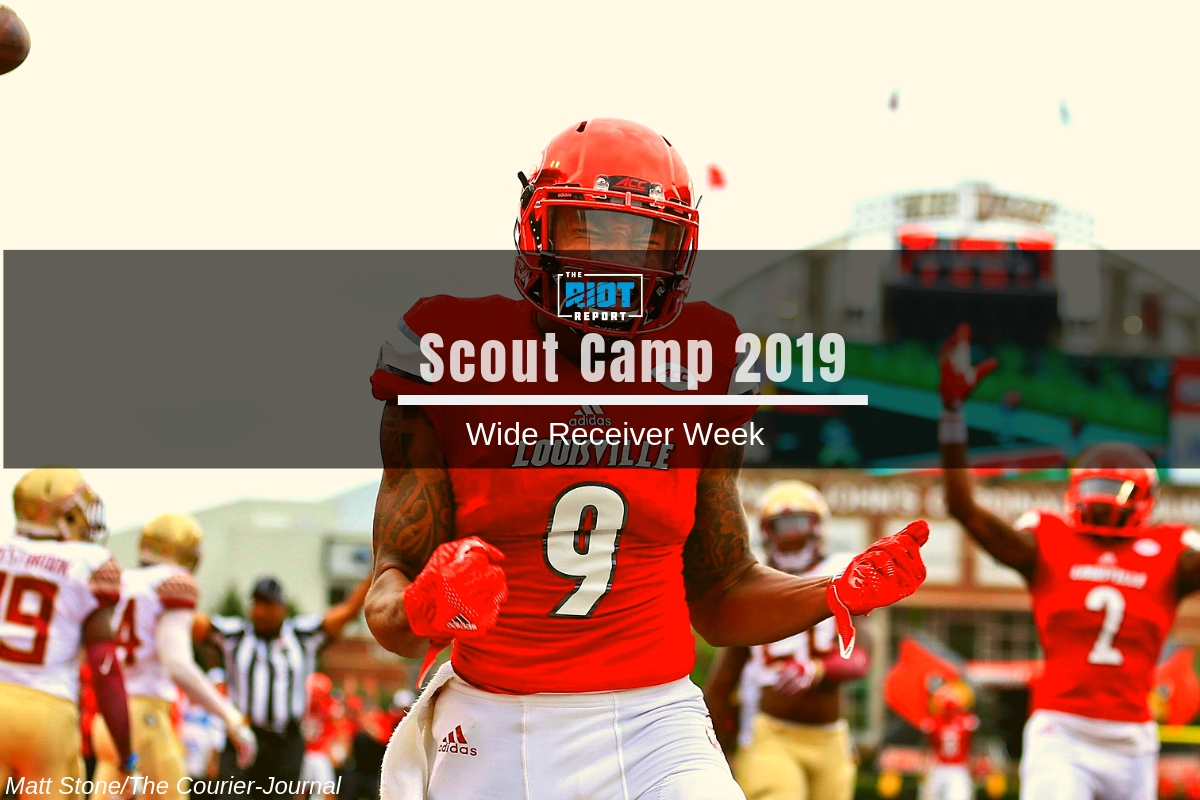 It’s that time of the year again, and The Riot Report is proud to bring back the Scout Camp series for 2019. As with last season, we will go position-by-position with each position getting a big board and a series of player profiles over the course of the week – only this year we’re adding to the coverage a weekly podcast where myself and co-host Dan Kreso will go into detail on prospects, discussing what makes sense for the Panthers at each position.

This week’s episode takes a look at the entire wide receiver class – you should check it out. You can also check out my wideout big board here:

The Panthers are likely to lose Devin Funchess to free agency this offseason, and while they do have a good core of receivers despite this, it would leave the Panthers with one of the smallest receiving corps in the NFL – something that could create some potential issues in the red zone in particular. and there is a good chance that they look to add some size at the receiver position at some point in the offseason. While they won’t likely have the appetite to go after many of the big-name oversized receivers in the draft, this is something that could be a real interest come day three of the draft, with one option being Louisville’s Jaylen Smith.

But would this make sense for the Panthers?

At 6-3 and 220 pounds, Smith certainly has the size the Panthers, and many teams, are looking for in their outside receivers – but not only does he have the size, he also showed the speed to go with it. While the delivery wasn’t always great, especially this past season with Lamar Jackson gone, Smith showed the ability to get on top of defenders in college:

The other core skill that many teams look for in their receivers is – understandably – the ability to catch the ball; while this isn’t something that Smith does significantly better than the average receiver, it is certainly not a weakness, showing the ability to adjust to underthrown passes:

To take passes in stride even when they aren’t placed where they ideally should be:

And to hold on to balls despite significant contact:

This in particular is a good sign for any team looking for a team to make big catches in the red zone, where contact is likely to be incoming when a player makes a catch. What should be clear at this point is that Smith shows many, if not most, of the core traits that teams look for in receivers, with the potential for what he might become being a major part of his value. However, great athletes don’t always make good receivers, and it will be crucial for Smith to be able to pair his athleticism with technique.

So how far is Smith from a technically well-rounded player?

Up Next: The Important Stuff