The Epitome Of Keep Pounding: A Farewell To TD 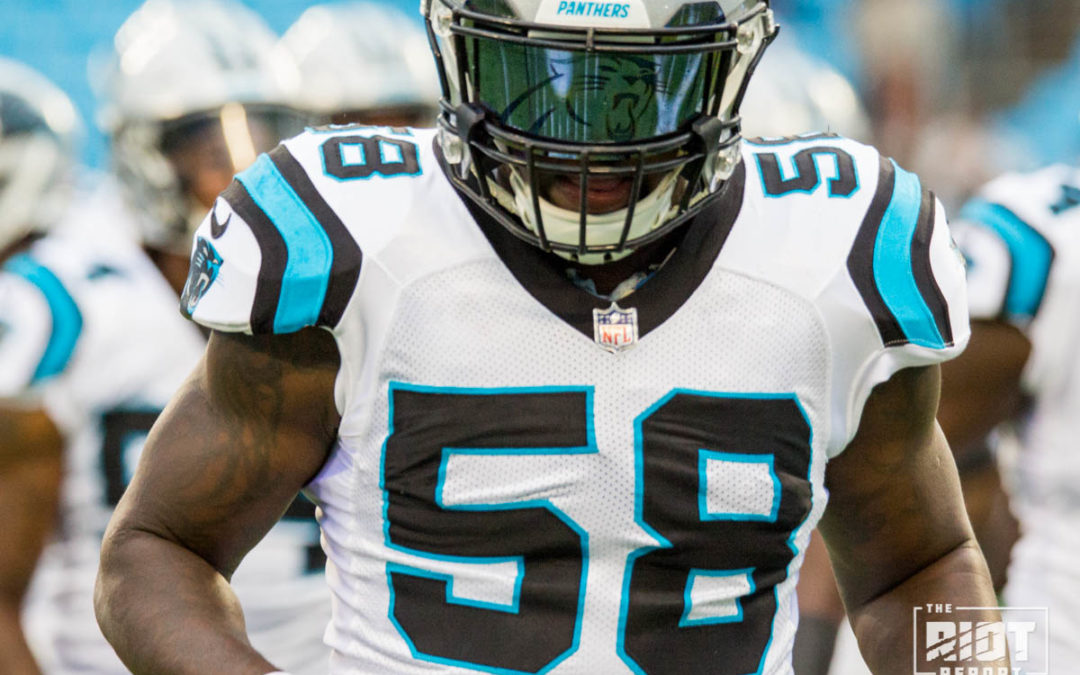 The most iconic words in Carolina Panthers lore.

From the first utterance in January 2004, the mantra’s legend and legacy has only grown. When announcers mention Keep Pounding, it’s often accompanied with a short introduction that goes something like this – ‘Sam Mills, the team’s former linebacker, said it prior to a playoff game during his fight with cancer and Thomas Davis, their current linebacker, came back from three ACL tears of the same knee to keep playing.’

To hear most tell it, Mills Kept Pounding from August 2003 to April 2005, while Davis’ resilience was displayed between November 2009 until the 2012 season. As the very models of the phrase, to suggest this is what they did to embody the beloved mantra only tells a sliver of their story – Mills remains the only player enshrined in the team’s Hall of Honor after over a quarter-century on the field, although David Tepper has plans to expand it sooner rather than later.

Two days after Sam Mills was laid to rest, the Carolina Panthers selected Thomas Davis with the 14th pick in the 2005 NFL draft. For Mills, his journey to the Panthers went through two countries and three leagues – but by the time he arrived with the expansion Panthers, the “Field Mouse” was established as one of the preeminent middle linebackers of his day. While Davis’ route to the NFL was more direct, his positional future was uncertain. 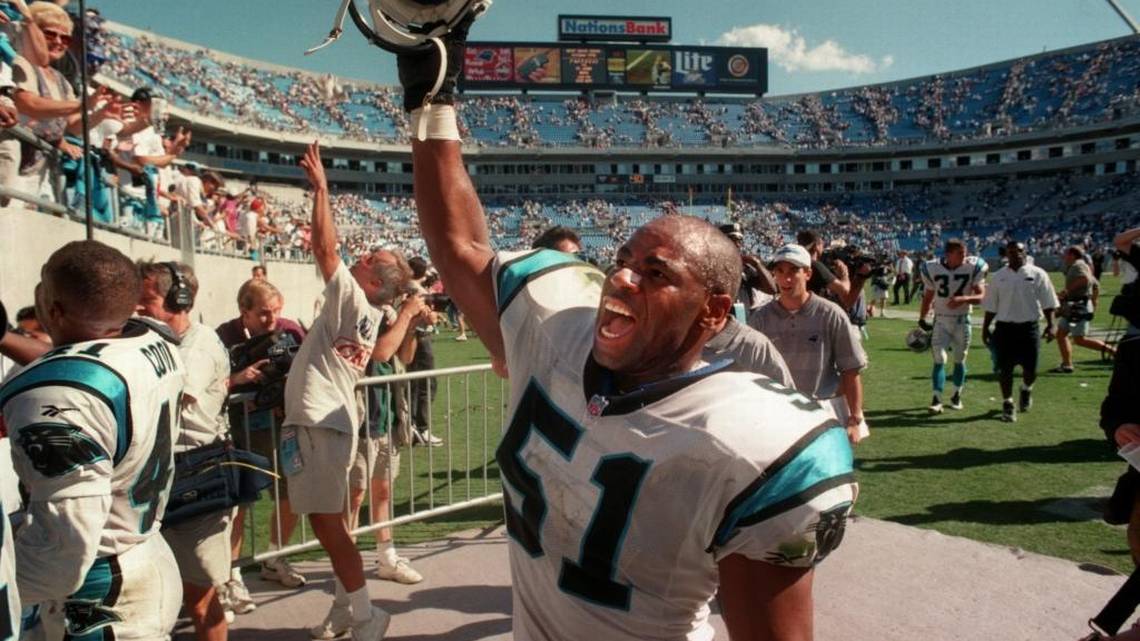 When Davis appeared on the cover of the team’s Roar Magazine Draft issue, wielding a sledge hammer and the words ‘Building Block’ by his side, he was wearing number 47. “He could be a Derrick Brooks type linebacker or a Roy Williams type of safety,” said then Head Coach John Fox and wherever the coaches wanted him to play, the captain from Georgia was willing to do whatever it took to help the team.

The Panthers opened that season at Bank of America Stadium wearing shirts to honor the passing of Mills. They welcomed the Saints as well as Hurricane Katrina evacuees.

TD started the game at strong safety, with big shoulders and lanky arms, but by the third quarter, he was replaced for the remainder of the season by Marlon McCree; Davis remained effective as an X-factor, with his speed utilized for blitzing and shadowing mobile QBs – roles with specific tasks to be accomplished.

Most significantly, he helped ensure a season sweep of the dreaded Falcons. Atlanta had beaten the Panthers in 12 of their previous 14 meetings, including nine of the last ten and in their final meeting of 2004, Michael Vick flew for a touchdown from the 5-yard line on fourth down, in a soul-crushing, virtual playoff-eliminating, overtime heart punch for the Panthers. This was made all the worse by the Panthers dramatic comeback and a vicious strip sack by Al Wallace on Vick that somehow ended up back in the offense’s hands to set up the fateful play. In other words, for those who don’t recall – making the NFC Championship in 2005 was a big deal, but sweeping the Falcons was a really big deal. 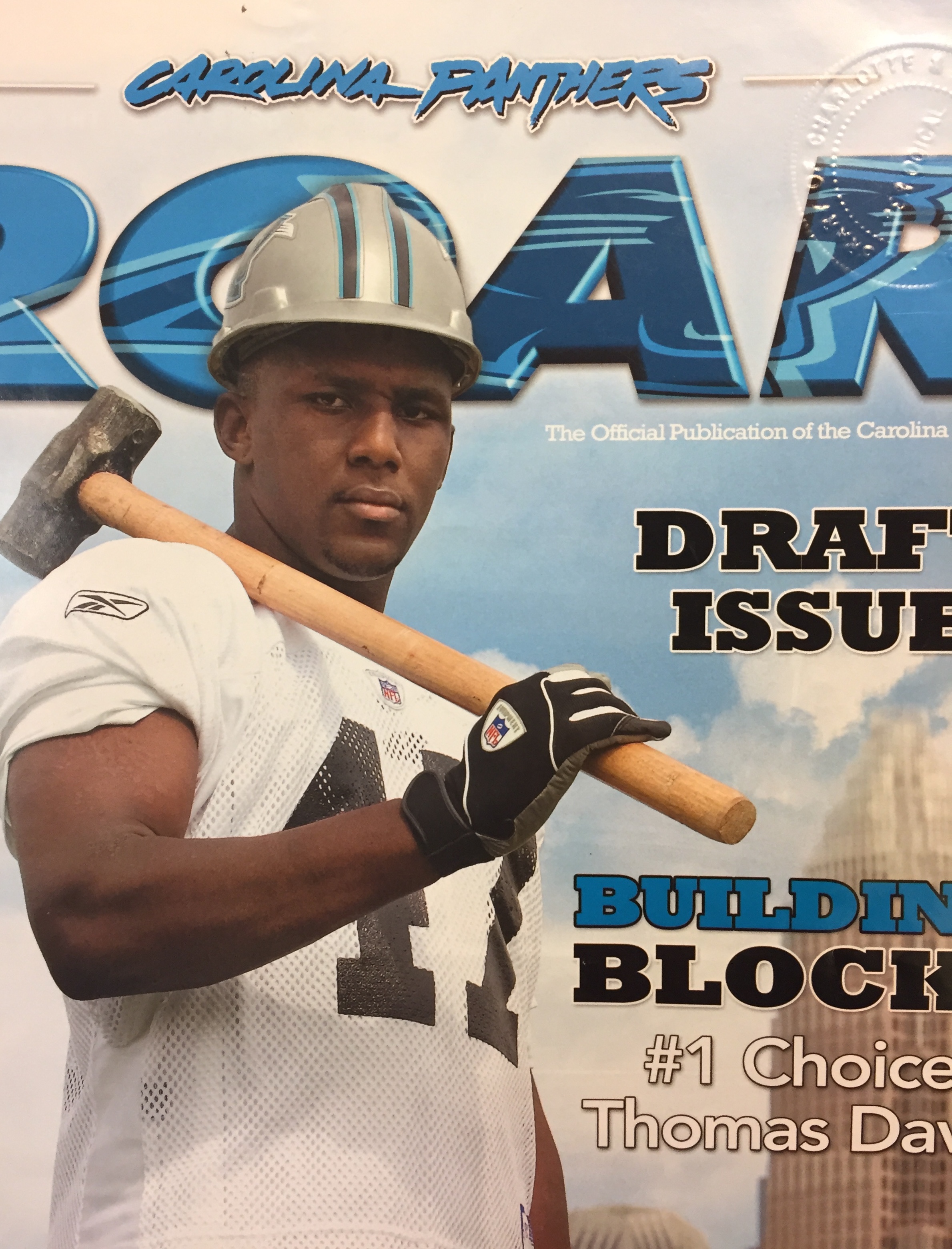 With the return of Mark Fields’ Hodgkin’s disease and the departure of Will Witherspoon following the season, the Panthers asked Davis to try the number 58 on. In just his second year and after a position change, Davis would become one of the team’s starting linebackers for all but two games over the next three and a half seasons. While Davis was known for his speed and head hunting, friend and fellow linebacker Jon Beason was the one receiving Pro Bowl attention. That said, Davis was on the ascent in 2008 and together, he and Jon Beason became tackling machines. That season, Davis posted a (still) career high 92 solo tackles and a (then) career high 3.5 sacks and 12 tackles for loss.

Then there’s the part they always talk about.

The fortitude and faith required of Thomas and his family during this time was chronicled by Charlotte’s own Tommy Tomlinson (in 2013). Rather than a thinly-veiled re-skin of Tommy’s piece, let’s skip ahead to the rest of the story – I’d recommend taking the time to click that link.

Up Next: Fighting For His Job