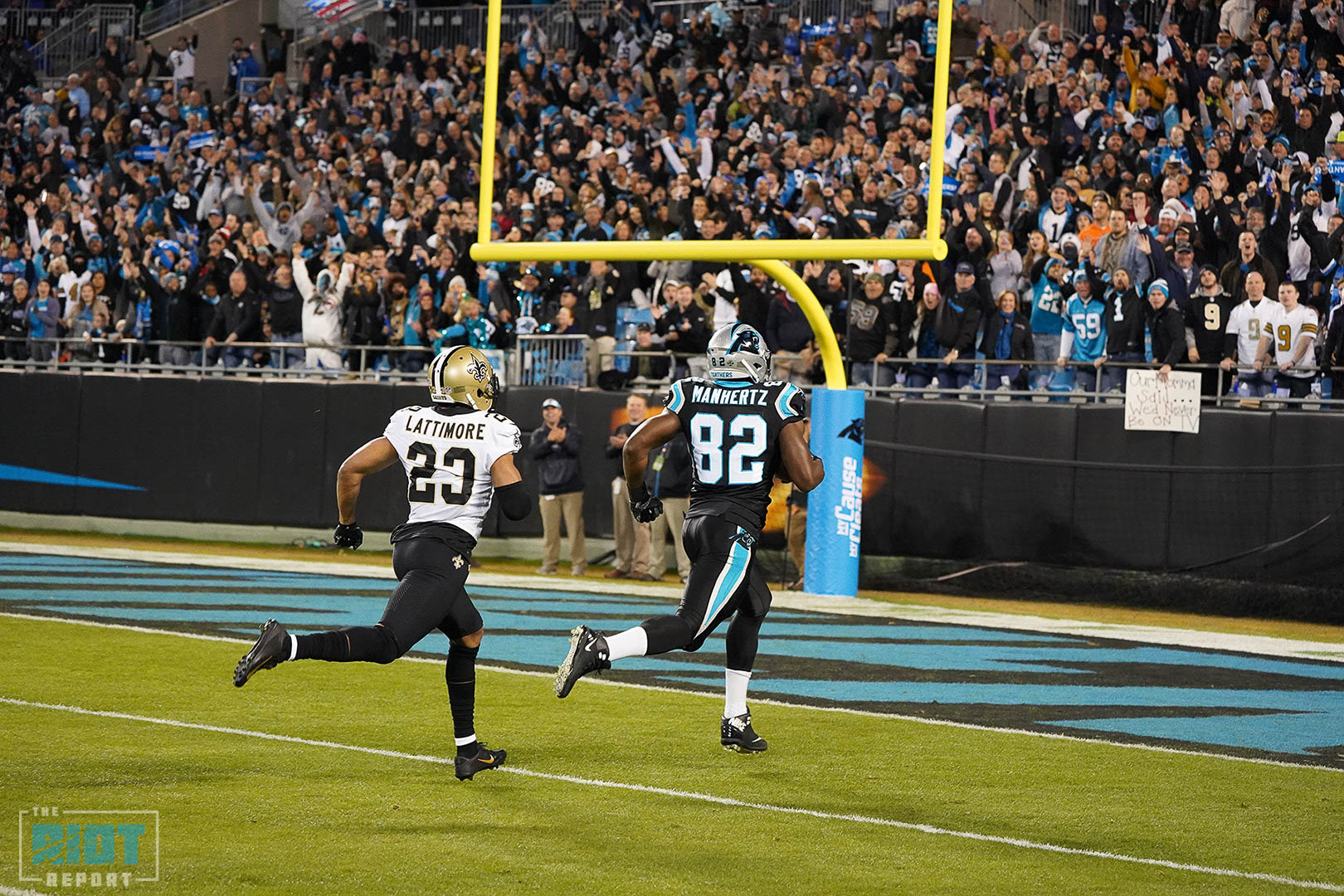 Chris Manhertz signed a two-year, $2.3m contract this offseason, and while only $320,000 of that contract is guaranteed, that superficially seems to be a lot of money for a player who has caught five passes for 79 yards and a touchdown in 36 games for the Panthers, including a 52-yard trick play touchdown this season against the Saints. Of course, Manhertz isn’t on the roster for his ability as a receiver, but rather for his blocking after taking over this role from Ed Dickson last offseason. However, is he good enough at this to justify a continued role going forward?

Chris Manhertz was used as a solo TE for a number of snaps, especially with Greg Olsen out, and unlike with the multiple TE sets referenced in part one of the trilogy, these snaps were fairly evenly split between rushing and passing plays, with over 80% of the passing snaps using Manhertz in pass protection.

The Panthers did really well with Manhertz as a solo tight end, averaging 4.9 yards per carry on the ground with a completion percentage just under 80% with over 8 yards per attempt – in both cases, this allowed them to consistently get ahead of the chains with Manhertz on the field.

From an outcomes point of view at least Manhertz was certainly an effective solo TE, but how much of this success can be chalked up to the former power forward from Canisius?

For a start, 12.5% of the rushing snaps with Manhertz on the field didn’t involve him as a blocker at the point of attack, with him either running a dummy route on an RPO or blocking in space on the back side of the run. However, there are certainly some really good snaps from Manhertz as a run blocker. On this first play, he works up to the second level well and gets good hand placement with his body position walling the safety off from the toss-option:

And here, playing at the point of attack, he gets nice inside hand placement and showed decent body position to wall the defender off from the play:

One thing to note here is that Manhertz doesn’t do a great job of bending his knees – this high pad level makes it hard for him to generate any push, instead simply holding his ground against the defender. This is a common feature of Manhertz on tape, as he rarely makes spectacular blocks but is consistent in terms of getting to the block and sustaining it long enough to allow the running back to pass by, certainly a key goal in run blocking:

My biggest concern with Manhertz as a blocker is that his hand control can come and go, with his arms consistently getting quite wide causing him to be quite grabby – while he generally recovers well and quickly, this does risk holding penalties with his initial hand position often being well outside the frame of the defender — this isn’t surprising for a player that hadn’t strapped on pads and a helmet before 2014:

This is also the cause of most of his negative blocks, especially when blocking at an angle as he is unable to get inside hand placement and the defender is able to use his natural leverage advantage to either penetrate or force a hold:

And also creates some ugly whiffs in space where he tends to play somewhat out of control with his wide arms making it hard to locate defenders:

Related:   What Would You Say: Options At Eight For The Panthers

Manhertz isn’t a bad run blocker by any means – there’s a reason why the Panthers run the ball relatively well with him on the field, but he does need to work on his pad level and hand usage – something that could continue to improve.

Up Next: Pass Protection & Blocking