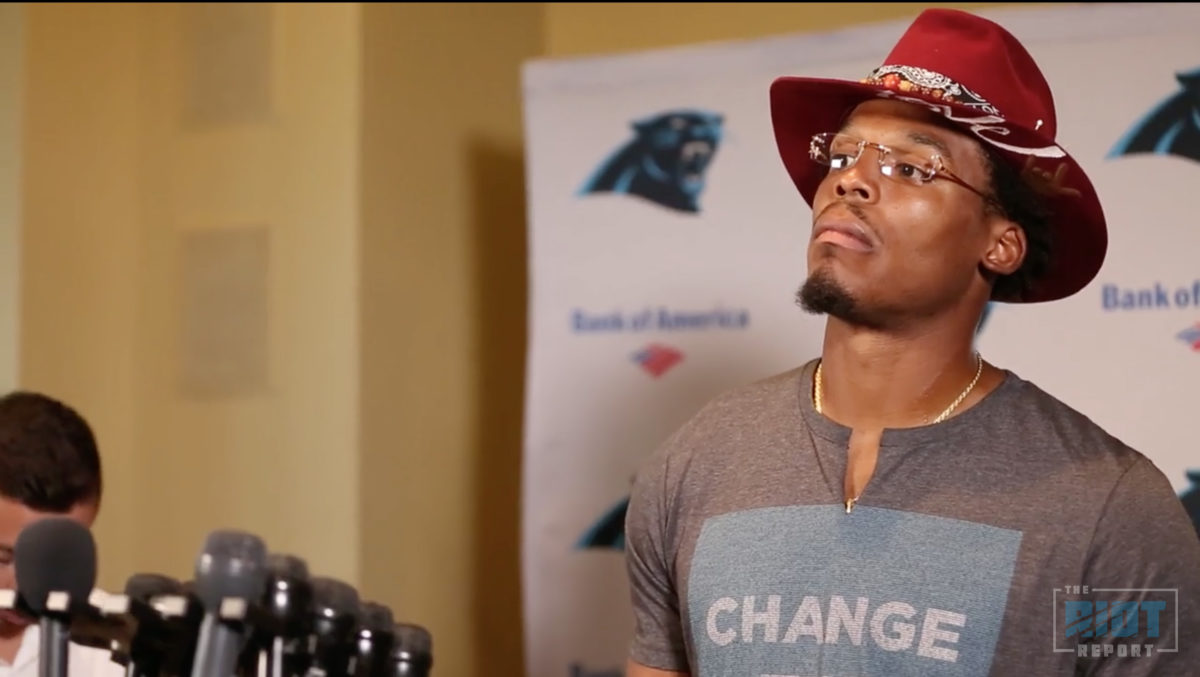 Since the Roaring Riot came into existence, the goal has been to unite and grow the fanbase of the Carolina Panthers – to change the wine-and-cheese into loud-and-proud; to take back Bank of America Stadium when the Panthers are playing the Packers or the Cowboys or the Steelers; to make road games feel like home games for Cam Newton and the rest of the team.

And they’ve noticed the change. One player in particular.

What ‘Change the Culture’ Means

Whether it’s finding fans in opposing stadiums to give footballs to or pointing out the Roaring Riot section on the road in Detroit, Tampa or New York the past two years, Cam Newton has been witnessing firsthand the change in the culture over his seven year career, interacting on multiple occasions with the Roaring Riot, including last year’s Cruisin’ With Cam event that raised over $10,000 for the Cam Newton Foundation and partnering with the Roaring Riot to raise $40,000 from their Tailgate With A Purpose campaign in 2017 – but it’s not all about charity.

It’s about changing the culture.

“It’s been something exciting to witness. I have my own stories, but this shirt says it all,” Cam said this weekend at training camp in Spartanburg, pointing to the 2018 Roaring Riot membership shirt that he was wearing. “Change the culture, in a sense of that we want to take over or take back the division – and it starts every single day. If we can do that, we believe in strength in numbers and the showings that we’ve been having the past couple of years with the travel from our fans, it makes a big difference – and not only that, but playing in Bank of America Stadium.”

Related:   Field Goal Percentage And Beyond: Is There A Better Way To Evaluate Kickers?

Cam has certainly noticed it on the road, but he said last season that he noticed a change in the culture closer to home as he was driving to his home stadium on Sunday mornings, with people out tailgating and enjoying themselves – a marked difference from his rookie season. 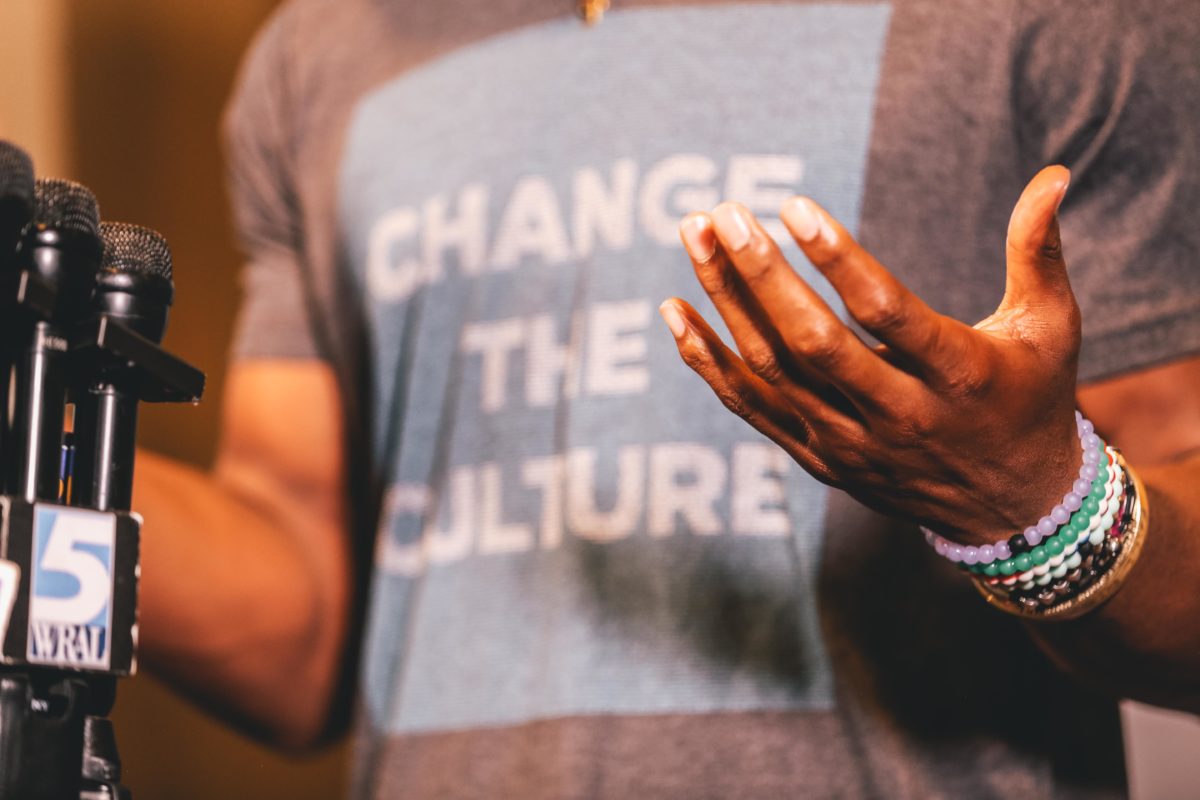 It’s not just at home at Bank of America Stadium or on the practice fields of Spartanburg that Newton sees the change, it’s outside the Carolinas as well – and he obviously felt so strongly about the direction that the fanbase continues to head that he chose to wear a shirt that contained the names of the over-5,000 2017 Roaring Riot members during his first interactions with the media since January.

Instead of the Roaring Riot wearing a shirt with Newton’s name on the back, Newton wore a shirt with their names on the front.

“From the fan perspective, we have been hearing the support and we need more of it.”