Scout Camp 2019: Inside Linebacker Big Board 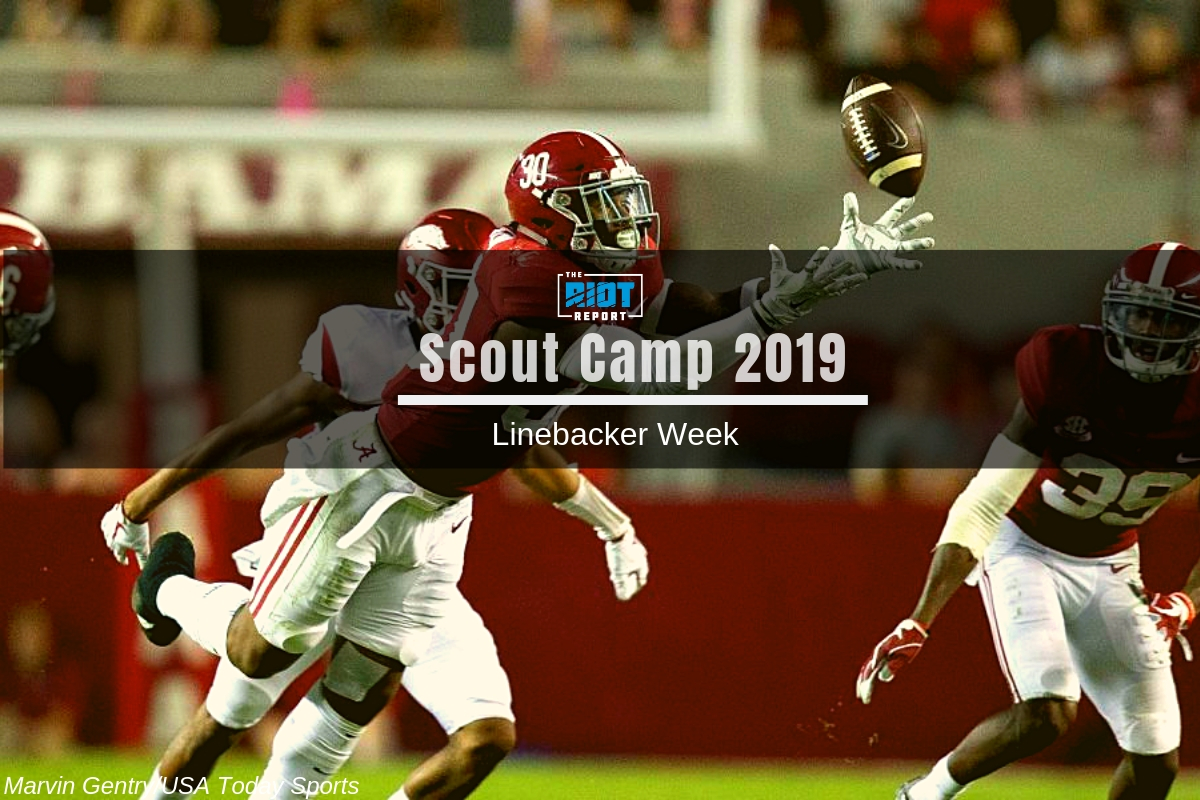 This is the second big board released as part of linebacker week – if you missed the first one, which looks at 4-3 outside linebackers, that can be found here. For even more linebacker talk, check out this week’s episode of The Great British Drafting Show, where we talk about what the Panthers need at linebacker and if it’s available in this year’s draft class. Of course, for some players, the distinction between the two is somewhat arbitrary, and many of the prospects listed here could play outside in a 4-3 or vice-versa, but there are some for whom this distinction is meaningful, with those players likely being limited to playing inside in a 3-4. While the Panthers are unlikely to be in the market for a starting linebacker for 2019, this is an area they could look to add depth at on the final day of the draft – so what does the 2019 inside linebacker class have to offer?

Before we get into the board itself, it is worth noting how these evaluations were made. As always, these evaluations are based exclusively on publicly available tape, with access to all-22 tape for college games not in the public domain and limited access to player interviews until the Combine. Additionally, my evaluations do not take into account player injury history or off-field concerns as these are not things I feel qualified to incorporate. So what do I look for when I watch linebackers?

From an initial physical standpoint, you want somebody to show the speed to cover the width of the field on outside runs and to run with tight ends and running backs in space. You also want to see the quickness and movement skills needed to be an effective coverage player in space. Finally, from an athleticism point of view, you want to see the strength to hold up against blockers in the run game.

For linebackers, technique is generally most important as run defenders, as the simplistic coverage schemes used by most college defenses mean that significant technical development is going to be needed in coverage for all players. What you want to see is if the hand usage to work off of blocks and, when possible, to avoid significant contact altogether, is there – you want to see the ability to wrap up consistently as tacklers and, to a lesser extent, some ability to make use of their athleticism as pass rushers.

Of course, as should be clear from watching Luke Kuechly, the mental side of the game is hugely important for linebackers – while this is something that can be guessed at based on tape, this is an area where the ability to thoroughly interview players would be useful. I do my best to judge how well players stick to their gap responsibilities and their awareness in coverage, but to a certain degree these have to be left as uncertainties.

In terms of what separates inside linebackers from those who will likely play outside in a 4-3, inside linebackers’ primary skillset is their rush defense, as while pass coverage is valuable, especially for those who will play in 4-3 defenses, they are more likely to be asked to take on blockers on inside runs than their outside counterpart. What this means is that for those players who are good defenders but might struggle covering tight ends in man coverage, their best role is likely that of an inside linebacker in a 3-4, though of course teams may look to try and force one of these players to play more in space.

With all that said, what does the big board look like?

Up Next: Inside Linebacker Big Board