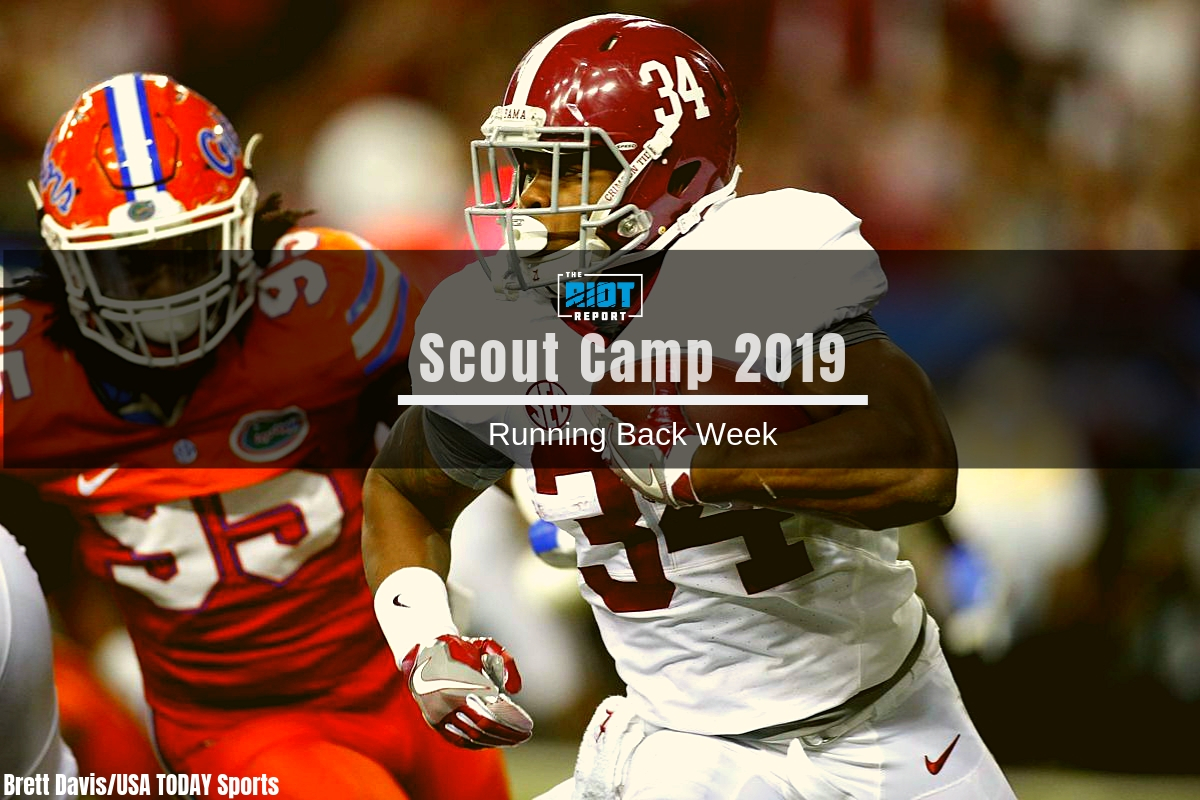 The Panthers running back depth chart behind Christian McCaffrey doesn’t make for particularly enjoyable reading, with the only two others on the roster at the time of writing being Elijah Hood and Reggie Bonnafon; while neither of these players are notably bad, there is a reason that in their three combined seasons in the NFL, neither has a career carry and have only one game jersey between the two of them.

Marty Hurney said this week that they were “maybe 40, 50 percent through this process” – so it’s clear the Panthers will be adding some more players that will contribute in the 2019 season; whether that’s through the draft or free agency, expect another running back on the Panthers’ roster before the end of April. In addition to our written articles this week, have a listen to our podcast in which Dan Kreso and I talk through my entire Big Board and who we think would make the most sense on the Panthers in 2019.

With that in mind, the Panthers will likely be looking to add to this group, and while that might come in the form of a free agent – there are still a number of big-name running backs still available – they could also look to do so in the draft, maybe even both. If the Panthers do look to add a running back in the draft, then it’s probably worth Panthers fans knowing about whose available – that starts with Damien Harris.

If anything, Damien Harris looks bigger than his 5-10 216 pound frame, and at that size, unless you are a generational athlete like Saquon Barkley or Zeke Elliott, you’re probably not going to run in the 4.4s, so while Harris’s 4.57 40 yard dash isn’t going to wow many people and he certainly isn’t the road runner, on tape he shows enough deep speed to offer a big play threat:

Importantly, he also has the quickness to go with it, allowing him to get up to speed quickly and hit the hole already at full speed. This allows him to get into the second level quickly, to get through momentary gaps before they close and, as can be seen on the following play, to use that momentum to add yardage after contact:

One athletic characteristic that people often undervalue when watching running backs is balance; this is what allows them to shrug off smaller hits and knock when working through the line:

And on the following play, that ability to stay on his feet through the initial contact and force the second tackler to engage is what makes the difference between a third down and a first down:

Harris repeatedly showed the ability on tape to retain his balance when one of his legs got knocked out from under him:

And while this might not always seem hugely significant, it is that same balance that makes the broken tackles leading to big plays like this possible:

No, Harris isn’t Saquon Barkley, but he is a good athlete whose value in this regard goes beyond simple combine numbers, though if this is all you go by, it is probably worth pointing out that Harris ranked fourth in the vertical jump and eighth in the broad jump.

Up Next: See The Hole, Be The Whole