Job Number One For Week 9: Shut Down Ryan Tannehill 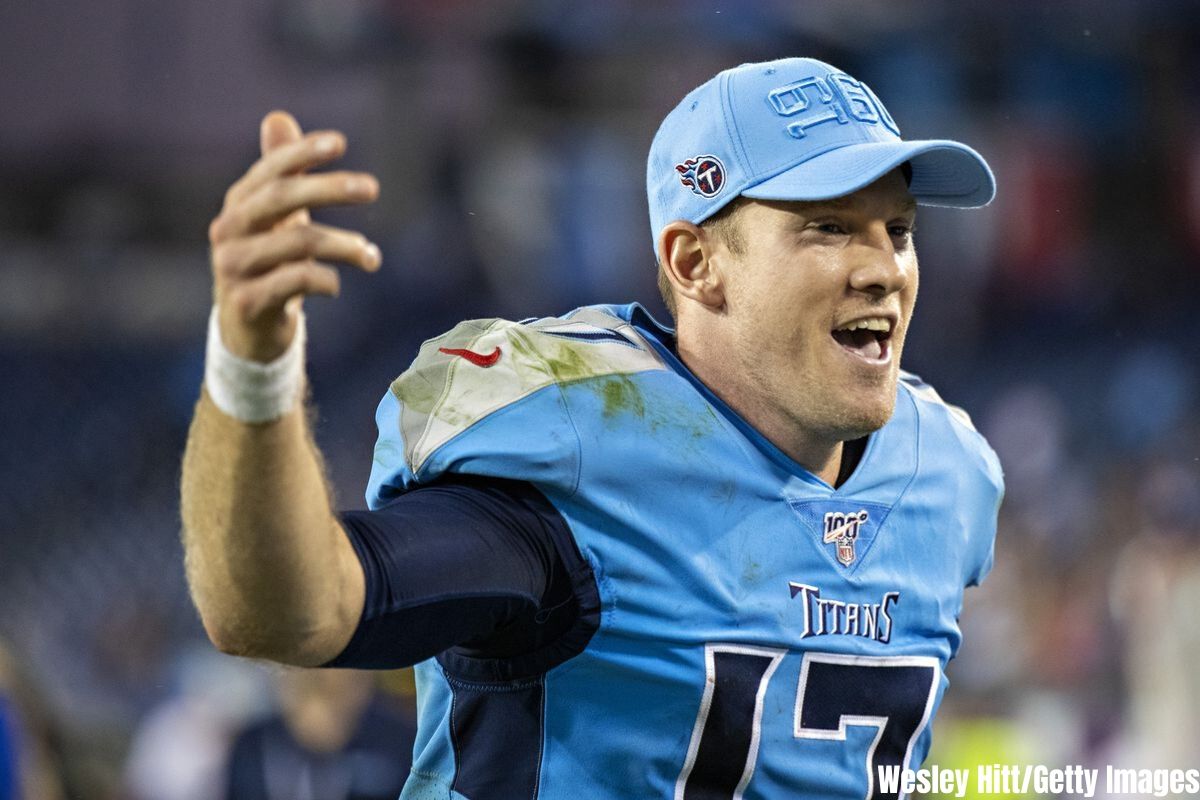 Each week, Johnny Kinsley takes a look at which player he thinks presents the most pressing issue for the Panthers – whether it’s been Mike Evans, Calais Campbell, or Kyler Murray, each week, there’s a key to stopping the opponent – making sure you eliminate the first option should be Job Number One.

The Carolina Panthers and Tennessee Titans have had similar seasons record wise – slow starts seemed to spell the end for these two franchises in 2019, but after eight weeks, both teams find themselves in the playoff hunt and facing off against each other in Charlotte. The Panthers appeared to be done for after an 0-2 start and losing Cam Newton (again), but a high quality defense and efficient enough offense has allowed them to win four of their last five games to remain a threat in the NFC, even if they’re a little behind the pack. Similarly, the Titans started 2-4 and looked to be headed for disaster fast, but a good defense and efficient play from quarterback Ryan Tannehill have kept them in the AFC South hunt.

Seeing Tannehill start for a team other than the Dolphins may seem strange, but in his two starts with Tennessee he’s completed 71% of his passes for 505 yards, 8.1 yards per attempt, five touchdowns, one interception, and a passer rating of 115.3. Since benching Marcus Mariota, the team seems to have found a streak of quality quarterback play with the eight-year veteran, but who knows who long this will last.

Though the Carolina defense was exploited last week at San Francisco, this week’s matchup is a little less difficult. Still, Tennessee can manage to find ways to maneuver around the Panthers’ fortress of thieves, so without further delay, let’s get into Week 9’s Job Number One – Shut Down Ryan Tannehill.

In his healthier days in Miami, Tannehill was among the league’s most accurate vertical passers, combining above average arm talent and mobility with really good precision throwing deep. Early in the first quarter against the Chargers, he wasted zero time attempting to re-establish this, as shown on this pass play to third-year tight end Jonnu Smith.

This is great awareness from Tannehill to throw Smith open against some pretty tight coverage. This is the kind of spectacular throw you’d expect from a guy like Russell Wilson, but the placement is perfect and ensures that only Smith can make a play on the ball without forcing him to go out of his way to secure it.

Tannehill’s mobility was pretty standout before the two knee injuries he suffered between 2016 and 2017, but even at the age of 31, he still has a little bit of playmaking ability outside the pocket, and that’s something Carolina hopefully jotted down in their notebook.

Continuing the Chargers game, Tannehill was able to connect with receiver Corey Davis with this great pass on the run.

Tannehill can still rip it, and his arm velocity means he can sling these kinds of passes into tight windows with ease – not bad for a former wide receiver. But more significantly, he’s able to keep his eyes down the field and progress through his reads by surveying the sideline before finding Davis running outside the numbers. All in all, this is a great throw.

Unlike Mariota this year, Tannehill has had better success giving his receivers chances to make plays. Some clutch turnovers by the defense (five last week on Jameis Winston alone) aided this, but at least the quarterback was able to capitalize on some of these golden opportunities.

This red zone toss to Tajae Sharpe comes on an extremely precise fade pass from Tannehill.

Sharpe gets a great release which gives him a little bit of outside leverage for Tannehill. Tannehill lays this one in beautifully – even with fantastic coverage – giving the Titans a quick touchdown.

As we return to Jonnu Smith on this play, note that he’s been heating up the last two weeks, connecting with Tannehill for nine catches on 10 targets for 142 yards, 15.8 yards per reception, and a touchdown.

The scheme the Titans run isn’t nearly as creative as the one Kyle Shanahan and the 49ers threw in Carolina’s face last week, so there’s a smaller margin for error that the passing offense has, but the chemistry between Tannehill and his receivers should not be scoffed at, either.

Tannehill is one part of the puzzle, however. The Panthers defense has been good this season, but the run defense has been much less so. Last week the team was burned by Tevin Coleman and a strong 49ers rushing attack for 232 yards and five touchdowns, and according to Football Outsiders the team has the least efficient run defense in 2019.

Normally, the run game would be nowhere near as important as stopping the pass, but in this case for the Titans, Derrick Henry is a powerful back running outside and has shown exceptional footwork this season. Fortunately, the Titans have the eighth least efficient rush attack, again via Football Outsiders, but pressure is on Carolina to stop a run-heavy team and force Tannehill to beat them by himself.

Tannehill hasn’t been phenomenal this season but his complementary level of play with a quality Titans defense (as well as his mobility and greater accuracy/vision than Mariota) has helped guide Tennessee on this two-game winning streak they find themselves on. As this game is at home, this (in theory) should be a way easier matchup than against the 49ers, but only if the Panthers defense gets back into their groove against Ryan Tannehill and the Titans passing game.